Llangollen Santa train, which runs each year along the Llangollen railway in north Wales, ended up hitting a number of dogs which had strayed onto the track. 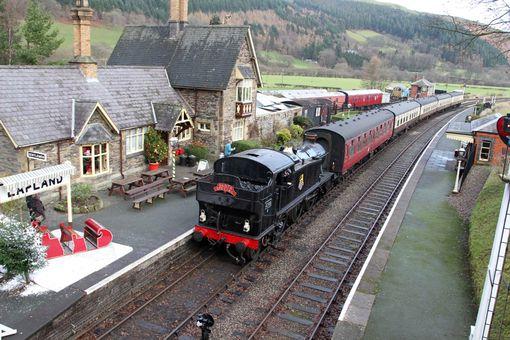 Horrified kids were left “sobbing” on the festive ride after the dogs ran out in front of the train this afternoon.

Mum Charlene Jones had been on the train with her husband Martin and two young children, Emily and Seren.

She told Wales Online: "We were on the carriage and my husband hung his head out of the window when he saw animals had been hit.

"One had been hit from the back end and was completely paralysed. The train staff went down to do what they could.

"The train stopped suddenly, and anyone who had not originally seen it was looking out the window to see animals yelping.

"There were loads of little children. We were quite far at the back but knew what was going on. My children had seen it.

"There were children sobbing everywhere. The atmosphere just completely changed." 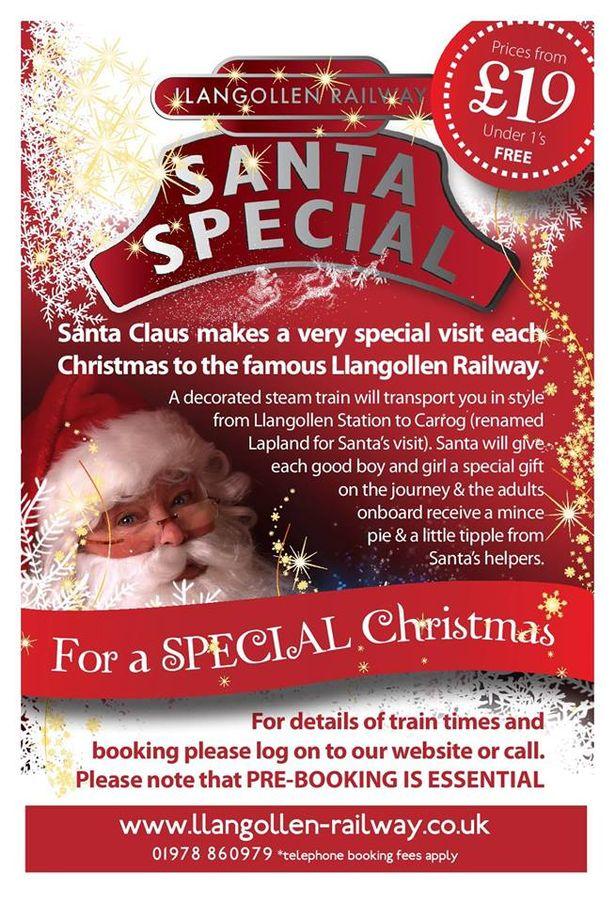 Mrs Jones added: "It was a beautiful day, people had been singing and it was joyous, the children had been to see Santa and there were jesters coming up and down to entertain everyone, but all of a sudden it just went silent.

"The train stopped and it could not move on until they had the go ahead from head office. We were there for around 45 minutes.

"I have to say the Llangollen Railway were wonderful. It was a great day with a sad ending."

The incident happened at around 4pm today and a full investigation will be carried out.

Liz McGuinness, business manager of the heritage railway, said: “From what I understand members of the local hunt were somewhere in the vicinity of the line when at least one of the hounds ended up running up the tracks towards the oncoming train which was carrying a large number of passengers – many of them young children – enjoying a festive day out.

“I understand that the train hit at least one of the dogs. I am not certain at this stage how badly the animal was injured but members of the hunt turned up to take the animal or animals away from the scene.”

She added: “No-one aboard the train, either on the footplate or in the passenger coaches, were hurt but the driver and crew were obviously badly shaken by this highly regrettable incident.

“The train eventually made its way back to Llangollen. I sincerely apologise to everyone on the Santa Special for what should have been an enjoyable afternoon ending in this way.

“Can I make it clear that the hunt does not have permission to be on Llangollen Railway property at any time.

“A full investigation into the incident will now be carried out by railway management.”