Owners of Victoria’s ageing coal-fired power generators and the state’s environmental watchdog are being sued in the Supreme Court for allegedly failing to limit climate pollution.

The landmark case is the first to challenge the regulation of air pollution from the state’s coal-burning power stations. It is also the first to test Victoria’s climate change laws, introduced in 2017. 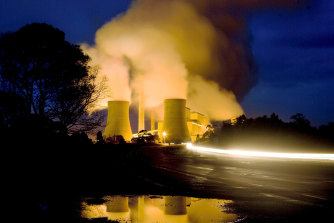 Conservation group Environment Victoria has launched legal action against the Environment Protection Authority as well as energy giant AGL Energy, the owner of Loy Yang A; EnergyAustralia, owner of the Yallourn power station; and Alinta, which owns Loy Yang B.

Environment Victoria will argue the EPA has failed to require best practice management of toxic emissions, to take proper account of the principles of environmental protection in the Environment Protection Act and to consider key sections of the Climate Change Act.

“We believe the EPA has failed to protect the health of the community and the environment, so we’re putting the matter before a judge to decide.”

The EPA began a review in 2017 of the three power station licences. Environmentalists had hoped this would lead to heavier restrictions on greenhouse gas emissions.

In March this year, almost 2½ years after the review began, the EPA found it would not force the state’s heavily polluting coal-fired power stations to lower their greenhouse gas emissions. Instead, the new licences capped them at “approximately current levels”.

Victoria’s coal-burning power stations are responsible for 40 per cent of the state’s greenhouse gas emissions and are the biggest single source of air pollution, which includes fine particle pollution, mercury, sulfur dioxide and nitrogen oxide.

Environment Victoria is being represented by lawyers from Environmental Justice Australia, a public interest legal centre. Principal lawyer Nick Witherow said the case added to a wave of climate-related litigation in Australia and globally.

“If the EPA will not implement the laws that were enacted to protect the air the community breathes and the climate we live in, then it is in the public interest that they are held accountable and their decisions tested in court,” Mr Witherow said.

A recent court ruling in NSW, taken to court on behalf of bushfire survivors, found the state’s environmental authority had failed in its duty to address climate change and must now act to tackle greenhouse gas emissions.

Latrobe Valley general practitioner Malcolm McKelvie is concerned about the effects of air pollution from the nearby power stations on the health of his patients and supports the Environment Victoria legal challenge.

Dr McKelvie said technological solutions already existed that could be used to lower the pollution from the top of the power station chimneys. “The EPA could and should set standards that will prioritise health, as they are clearly reachable,” he said. 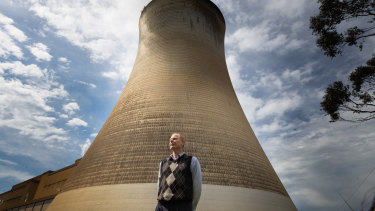 Latrobe Valley GP Malcolm McKelvie at Yallourn power station. He is concerned about climate change and the effect of coal pollution on his patients. Credit:Jason South

Climate change is the biggest threat to global health in the 21st century, he said.

“Victoria’s biggest source of greenhouse gas pollution is the Latrobe Valley power stations. We need rapid and deep cuts in this pollution to go, not just to net zero, but negative emissions as soon as possible.”

On Wednesday AGL, the nation’s heaviest greenhouse gas emitter, faced an unprecedented investor revolt over climate change as more than half of its shareholders backed demands for far stronger carbon reduction goals.

The EPA declined to comment on the court case. An EnergyAustralia spokesperson said it was committed to being a leader in environmental stewardship and the responsible operation of its assets was paramount.

AGL Energy also declined to comment on the case, but said as Australia’s largest energy generator and greenhouse gas emitter, it acknowledged its significant role in the energy transition.

Alinta said it would not comment on a matter before the courts.

Prince Harry 'could face a telling off from the Queen'