Katowice,  Poland: Negotiators from around the world opened the United Nations' annual climate change conference on Sunday in a Polish city built around mining coal, widely seen as a main culprit behind global warming.

Arriving for two weeks of talks on tackling climate change, conference participants cast off hats, scarves and heavy coats as they entered cavernous halls in Katowice heated by coal-fired power plants nearby. 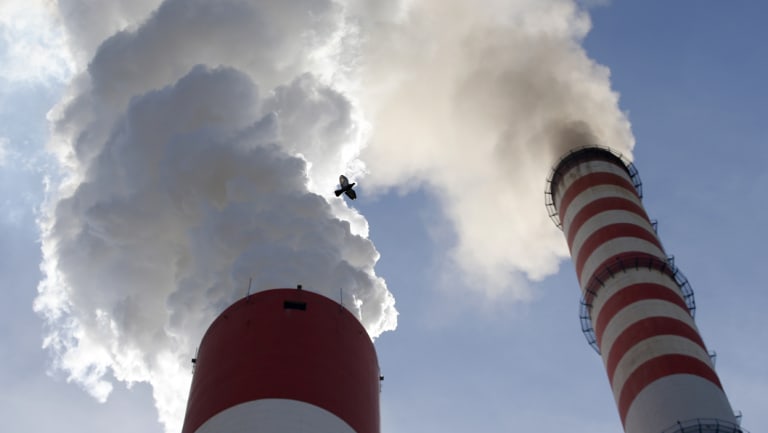 The COP 24 UN Climate Change Conference is taking place in Katowice, Poland. Negotiators from around the world are meeting for talks on curbing climate change. Credit:AP

Coal is centre-stage at the UN summit, which is taking place three years after a landmark deal in Paris set a goal of keeping global warming well below 2 degrees Celsius.

While the Polish government claims Katowice is in the process of transforming into a green city , power plant chimneys pumped plumes of smoke into a dull December sky and monitoring sites showed elevated levels of air pollution.

Poland, which is presiding over the meeting, plans to use Monday's official opening event to promote a declaration calling for a "just transition" for fossil fuel industries that face cuts and closures amid efforts to reduce greenhouse gas emissions.

Environmental activists have expressed concerns about the non-binding declaration, arguing that it could be cited as justification for propping up dying industries instead of investing in renewable energy sources. Some also have questioned why coal companies are among the meeting's sponsors. 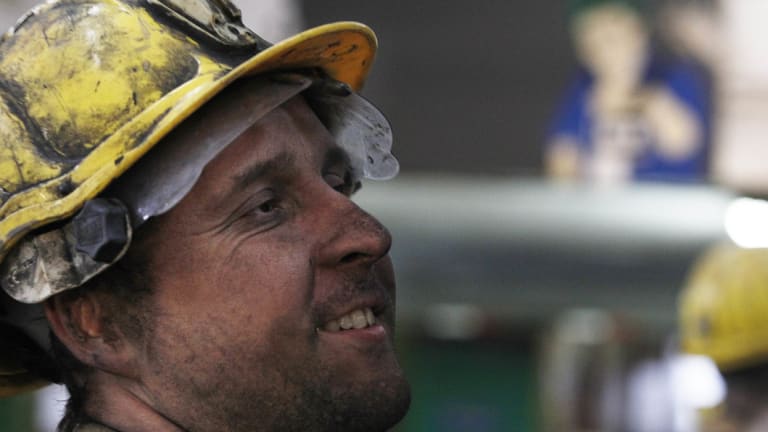 Coal plays a large part in the economy of Poland, host of the COP24 two-week meeting.Credit:AP

Poland's deputy environment minister, Michal Kurtyka, who is chairing the conference, urged envoys from almost 200 nations to use the time between Sunday and December 14 to make progress on fleshing out the 2015 Paris agreement.

"We are here to enable the world to act together on climate change," he said. With further meetings next year meant to build on what's decided in Katowice, Kurtyka urged all countries to "show creativity and flexibility".

"The United Nations secretary-general is counting on us, all of us to deliver," he added. "There is no Plan B."

The World Bank Group said Monday it is doubling funding for poor countries preparing for climate change to $US200 billion over five years. It said about $US50 billion will be earmarked for climate adaptation, a recognition that some adverse effects of global warming can't be avoided anymore but require a change in practice.

The meeting, known as COP24, received a boost over the weekend when 19 major economies at the G20 summit affirmed their commitment to the Paris accord. The only holdout was the United States, which announced under President Donald Trump that it is withdrawing from the climate pact. 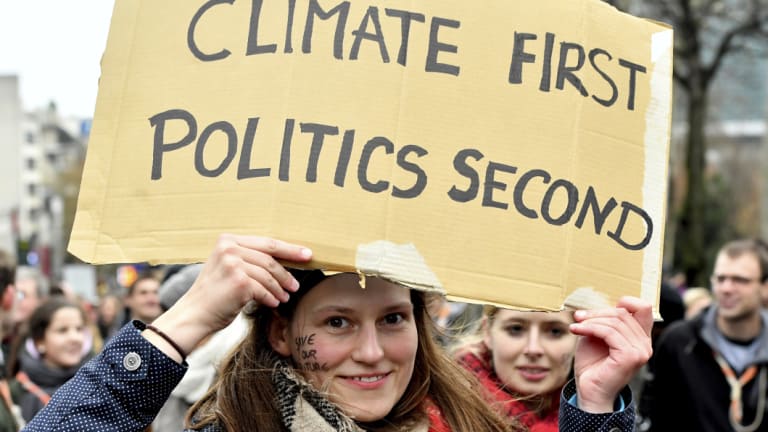 A demonstrator holds a placard which reads ‘climate first, politics second’ during a ‘Claim the Climate’ march in Brussels, on Sunday.Credit:AP

"It is sad that the federal administration of the United States, a country that is increasingly feeling the full force of climate impacts, continues to refuse to listen to the objective voice of science when it comes to climate change," Figures said.

She cited a recent expert report warning of the consequences of letting average global temperatures rise beyond 1.5 degrees C.

"The rest of the G20 have not only understood the science, they are taking actions to both prevent the major impacts and strengthen their economies," said Figueres, who now works with Mission 2020, a group that campaigns to reduce greenhouse gas emissions. 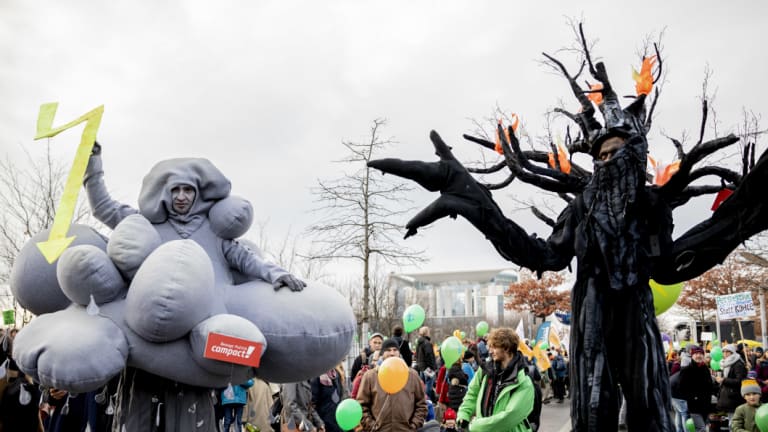 Thousands of people are marched in Berlin and Cologne over the weekend to demand that Germany make a quick exit from coal-fired energy, a day before a UN climate summit opened in neighbouring Poland.Credit:AP

While the United States is withdrawing from the climate pact, the State Department said it is sending a delegation to the Katowice conference.

The meeting in Katowice is regarded as a key test of countries' willingness to back their lofty but distant goals with concrete measures, some of which are already drawing fierce protests . At the top of the agenda is the so-called Paris rulebook , which will determine how governments record and report their greenhouse emissions and efforts to cut them.

Separately, negotiators will discuss ramping up countries' national emissions targets after 2020, and financial support for poor nations that are struggling to adapt to climate change.

The shift away from fossil fuels, which scientists say has to happen by 2050, is expected to require a major overhaul of world economies.

"The good news is that we do know a lot of what we need to be able to do to get there," said David Waskow of the World Resources Institute.

Waskow, who has followed climate talks for years, said despite the Trump administration's refusal to back this global effort the momentum is going in the right direction.

"It's not one or two players anymore in the international arena," he said. "It's what I think you could call a distributed leadership, where you have a number of countries – some of them small or medium-sized – really making headway and doing it in tandem with cities and states and businesses."

Not far from the meeting venue, Polish anti-coal activists held a small protest Sunday. It was dwarfed by marches in Brussels, Berlin and Cologne over the weekend calling for greater action to curb climate change.

But the governor of Germany's most populous state said Sunday it was premature to set a firm date for phasing out the use of coal-fired power plants. Armin Laschet, the governor of North Rhine-Westphalia state, told the Funke media group that Germany's decision to stop mining and burning lignite coal "must be considered seriously and decided with broad consensus".

German officials had hoped to present a blueprint for the country's exit from coal at the meeting in Katowice, but an expert committee delayed issuing its recommendations until next year.