The man tasked with reviewing the Government’s anti-radicalisation programme Prevent has said ‘everything is up for discussion’ including scrapping the scheme.

Lord Carlile was appointed by the Government earlier this month to conduct a review into Prevent.

Part of the Government’s wider counter-terrorism strategy, Prevent seeks to stop people at risk of being radicalised from being drawn into terrorist ideologies.

In an interview with the BBC’s Newsnight programme, Lord Carlile said if it is to continue ‘it should be seen as fair by all communities’.

Lord Carlile acknowledged his advice might be that police take ‘even less of a role than they have now’.

He said: ‘It will involve talking to those who have described Prevent as toxic, and I hope they will cooperate strongly with my review, and it will involve a set of empirical judgments.’

The review was welcomed by the Muslim Council of Great Britain when it was announced in January.

Harun Khan, the organisation’s secretary-general, said: ‘For far too long, the Prevent strategy has affected the lives of innocent families, been criticised for mainstreaming discrimination and lost the trust of communities around the UK.’

Teachers’ unions have also called for the statutory duty placed on teachers and social workers to report those who they think are at risk of radicalisation to be scrapped. 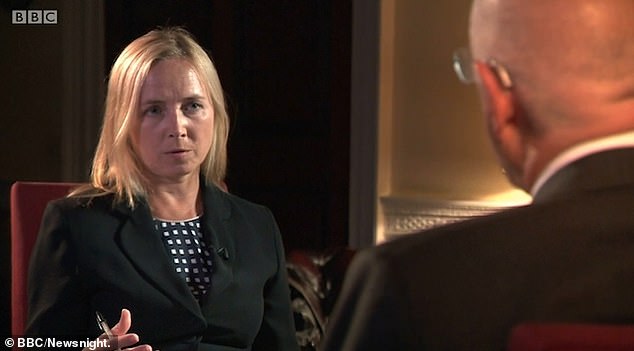 He told Newsnight: ”Everything is up for discussion, including scrapping it, replacing it with something different, continuing with it, modifying it, perfecting it’ 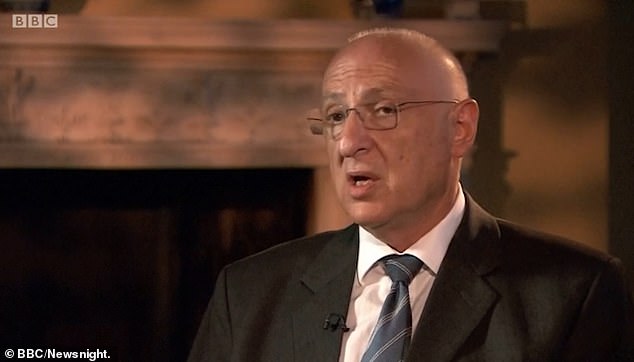 Lord Carlile added: ‘I will be scrutinising the performance up to now of the Prevent strand of counter-terrorism policy, with a view to advising as to what should happen to Prevent, what kind of policy of this kind, if any, there should be in the future.

‘Everything is up for discussion, including scrapping it, replacing it with something different, continuing with it, modifying it, perfecting it, introduction new streams of thought into it, this is a completely open book, it’s blue-sky thinking.’

The Government said the review will focus on the current delivery of the Prevent programme and make recommendations for the future and is expected to report to Parliament by August 2020.

A former Liberal Democrat MP, Lord Carlile was the UK’s independent reviewer of terrorism legislation from 2001 to 2011.