POLICE have released shocking footage of the moment an 11-year-old girl was hit by a car as she dashed across a road.

The youngster was struck as she ran out into the busy street in Dorset. 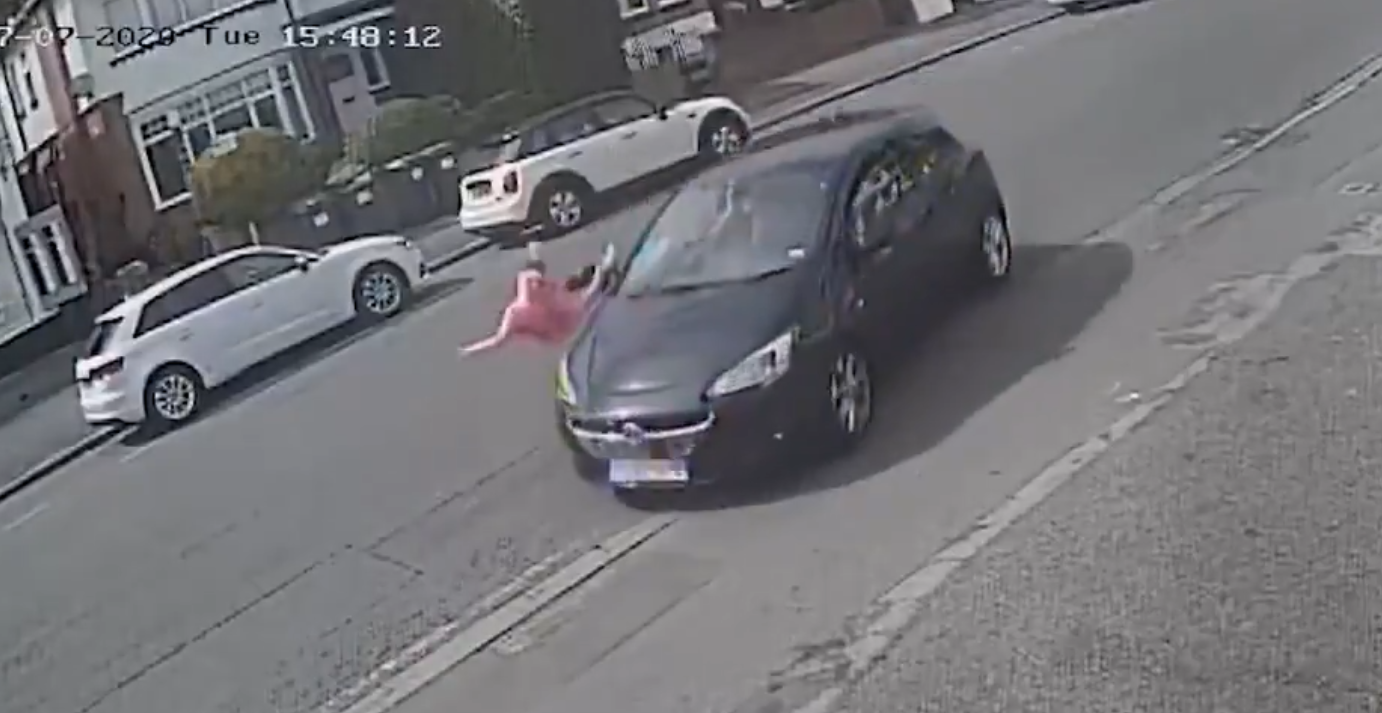 Video of the crash shows her being lifted off her feet and onto the bonnet before hitting the car's windscreen.

As the driver of the car swerves onto the pavement, the girl, dressed in a pink hoodie and jeans, is thrown onto the road, where she rolls and lands face-down.

Amazingly, she suffered only minor injuries in the crash footage shared as a warning to parents.

Officers have today released video of the incident, which happened on July 7, in a bid to protect other youngsters during the summer break.

Officials from Dorset Police said: "The clip shows a road traffic collision between an 11-year-old pedestrian and a car."

Warning viewers may find the video "disturbing", the spokesperson said: "In Dorset each year, around 30 child pedestrians are involved in collisions.

"Here's an important message about why road safety education is vital."

Police say the youngster "sustained only minor injuries" and was "quickly back to her usual active self".

The officer added: "The driver, who was understandably shaken, was not found to be at fault.

UK coronavirus deaths lowest in weeks as 15 more die and cases fall below 1,000 for first time since March