Wellington: The coronavirus pandemic could yet brew a constitutional crisis in New Zealand, with Prime Minister Jacinda Ardern admitting the timing of this year's poll is under review.

New Zealand is currently headed to the polls on September 19, the date Ardern announced back in January.

However, restrictions on mass gatherings during the country's lockdown and uncertainty over when social-isolation measures will be lifted have prompted a public airing of alternatives. 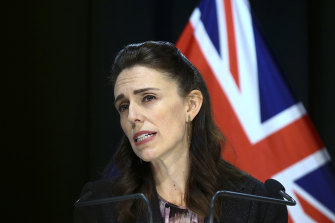 On Thursday, Deputy Prime Minister and NZ First leader Winston Peters called for the election to be moved to November 21, his party's long-time preferred date.

Opposition Leader Simon Bridges then proposed a further extension to an unspecified date next year, a measure that would require an amendment to the Constitution Act.

"I don't see much point in a November election. If it needs to be delayed it needs to be longer than that. It's either an election as scheduled or frankly it's a 2021 election," the leader of the National Party said. 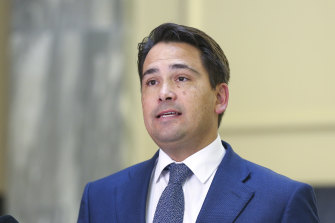 Bridges, who discussed the matter with Ardern on Wednesday, said he would await the government's decision later this month on whether to pursue the lockdown measures before deciding on chasing a 2021 poll date.

His long-time adversary Peters told AAP he "always favoured a summer election which for 130 years was the case in our country", but wasn't against a 2021 election.

"Simon could have stumbled onto something here by accident," he said.

"We want there to be a transparent election where there is dialogue and where the people in this country hear the debate and get to make their ballot choices because they've heard every side of the story."

Ardern has held out against moving the poll date but on Thursday said a move was now under consideration.

"At the moment we're sticking with the date that we have [but that] is something we will keep under review," she said. 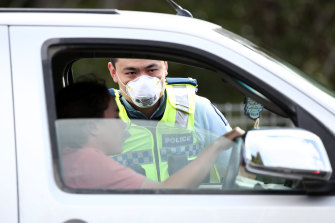 NZ Police stop motorists at a checkpoint in Auckland to ensure residents are complying with the coronavirus lockdown.Credit:Getty Images

On Thursday, New Zealand's total coronavirus cases dropped to a two-week low of 29, prompting Ardern to declare Kiwis had "implemented a nationwide wall of defence".

On April 20, cabinet will meet to decide whether to lower the alert level, which could also mean the resumption of Parliament after a five-week suspension prompted by the pandemic.

Peters said "if we can have parliament sitting safely then we should", while Bridges said he wanted parliament up and running "sooner rather than later".

Ardern's Labour currently governs with the support of minority parties NZ First and the Greens.

The most recent polling, done before the coronavirus outbreak, has NZ First dropping out of Parliament, leaving the left-leaning parties and National fighting for a majority.

Alan Paton: Why is Google honouring him today?