Bizarre comments were added applications which were approved or rejected in an embarrassing fiasco. 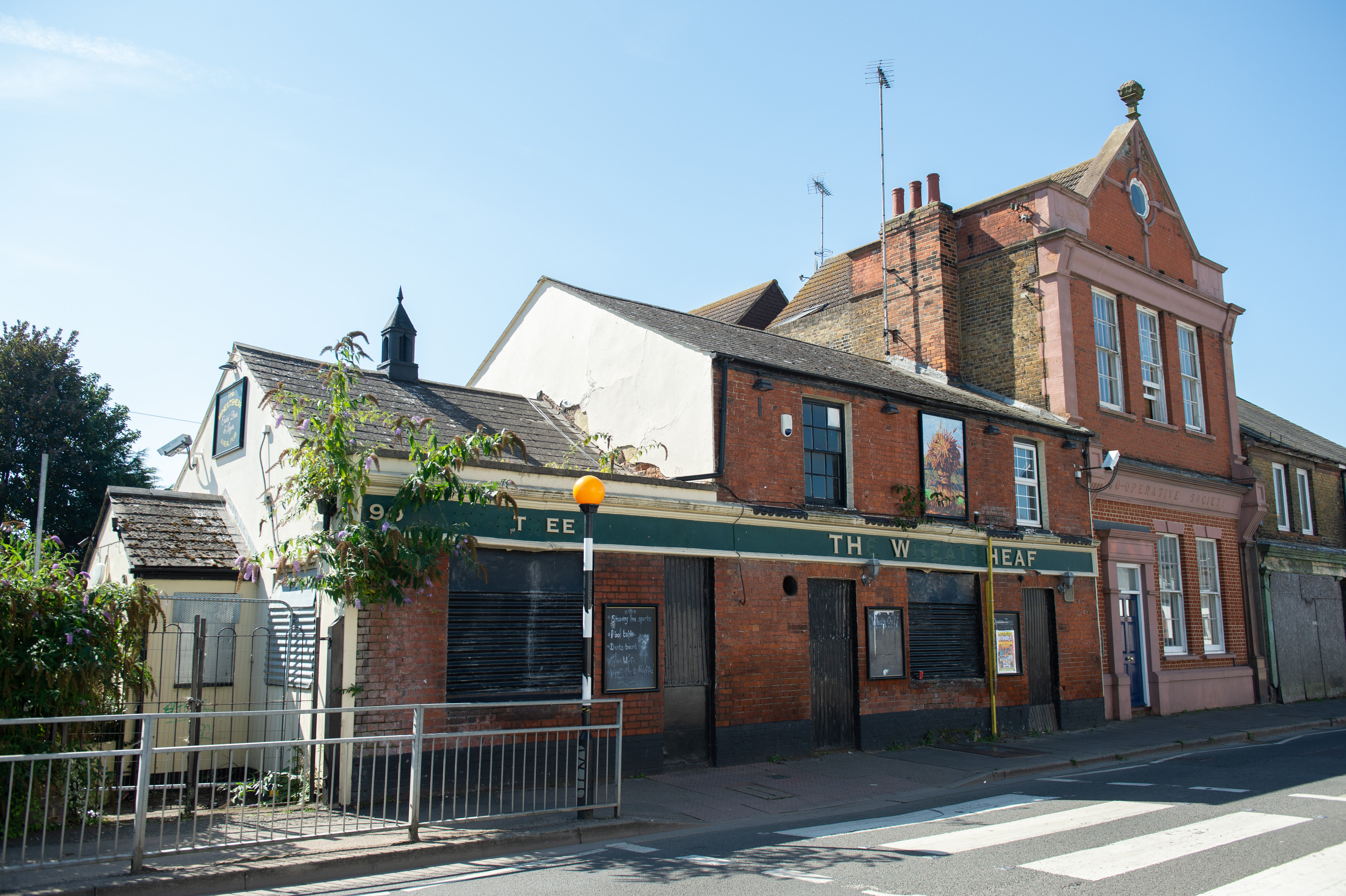 The blunder came about when a worker at Mid Kent Planning Support team, which handles the online submissions on behalf of Swale council, Kent was trying to resolve software issues.

Correcting the planning mistakes will cost £8,000 to get each decision reversed through a judicial review.

The Old House At Home, Sheerness was rubber-stamped for demolition with the sarcastic comment of "Why am I doing this? Am I the chosen one?" 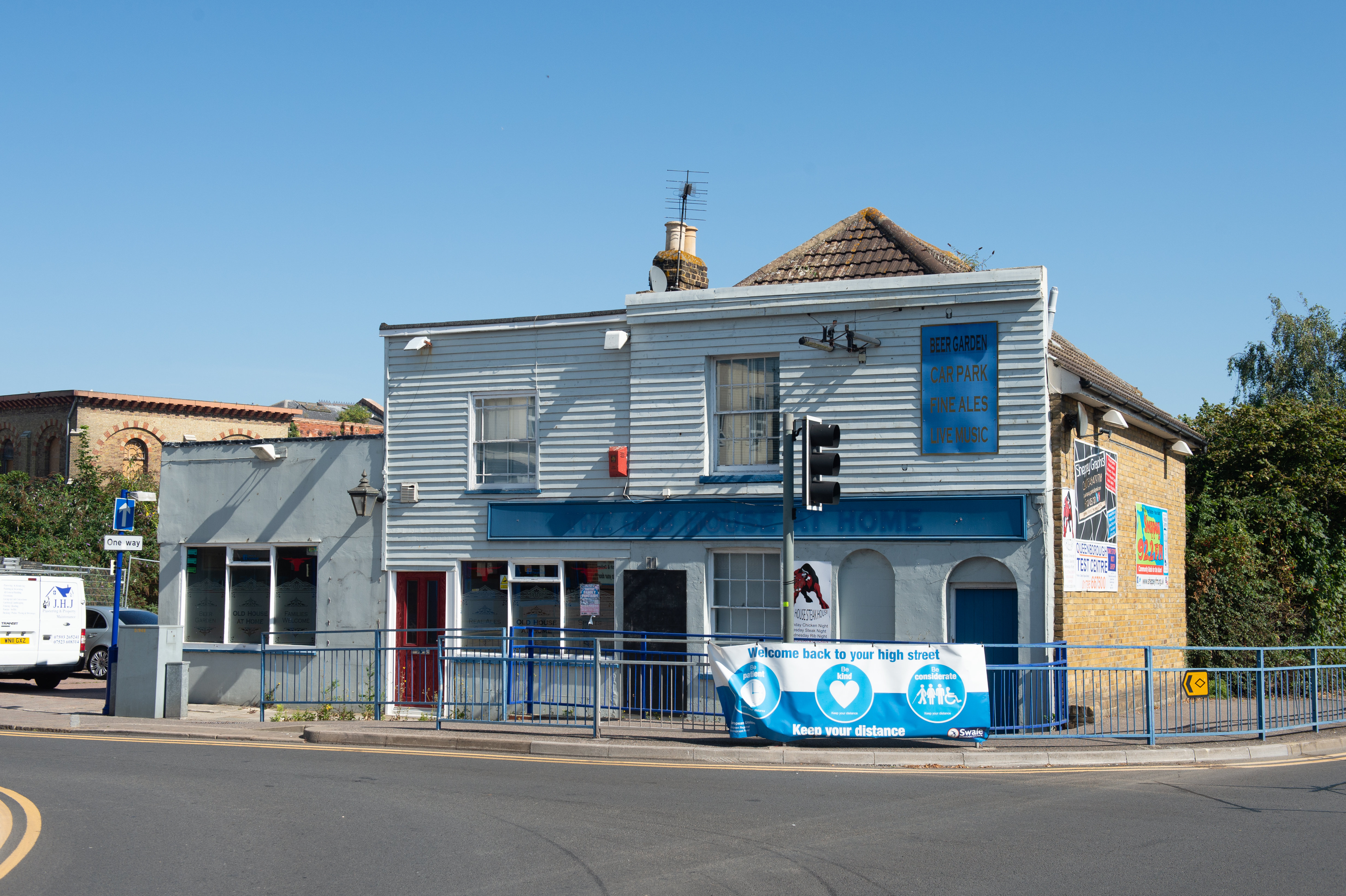 And The Wheatsheaf pub in nearby Sittingbourne was also approved for demolition after the junior worker wrote: "Incy wincy spider". 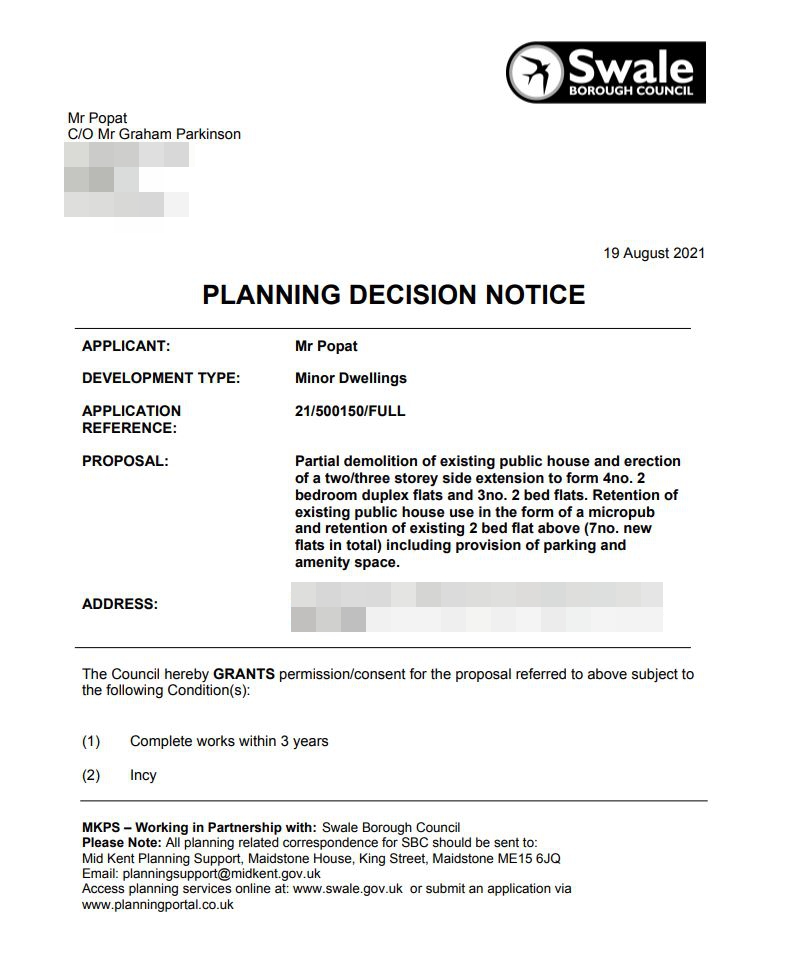 Lawyers have told bosses at Swale Council the mistakes are legally binding and they will likely spend thousands to get each decision reversed in court.

Elsewhere the boss of an animal sanctuary was refused a bid to remain on its site following the comment: "Your proposal is whack"

Amey James, 36, of Happy Pants Ranch in Sittingbourne revealed the planning error could lead to the closure of her reserve and put 450 rescue animals at risk.

She told The Sun: "The future of the animal charity rests upon this decision. "

"This huge error could lead to the closure of my sanctuary and many of my animals will have to be put down.

"When I read the comments I nearly had a heart attack, I thought it was a horrible joke. " 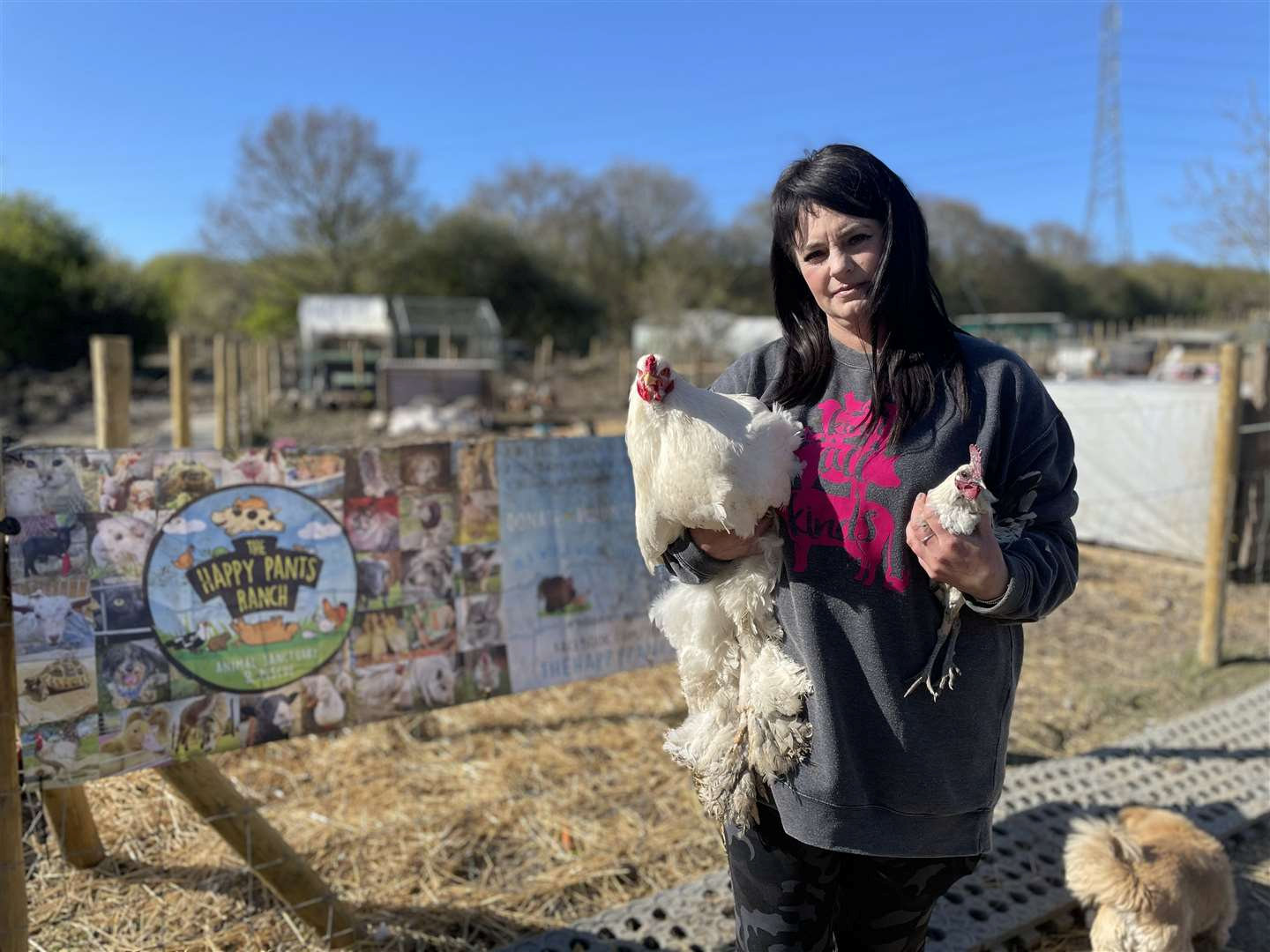 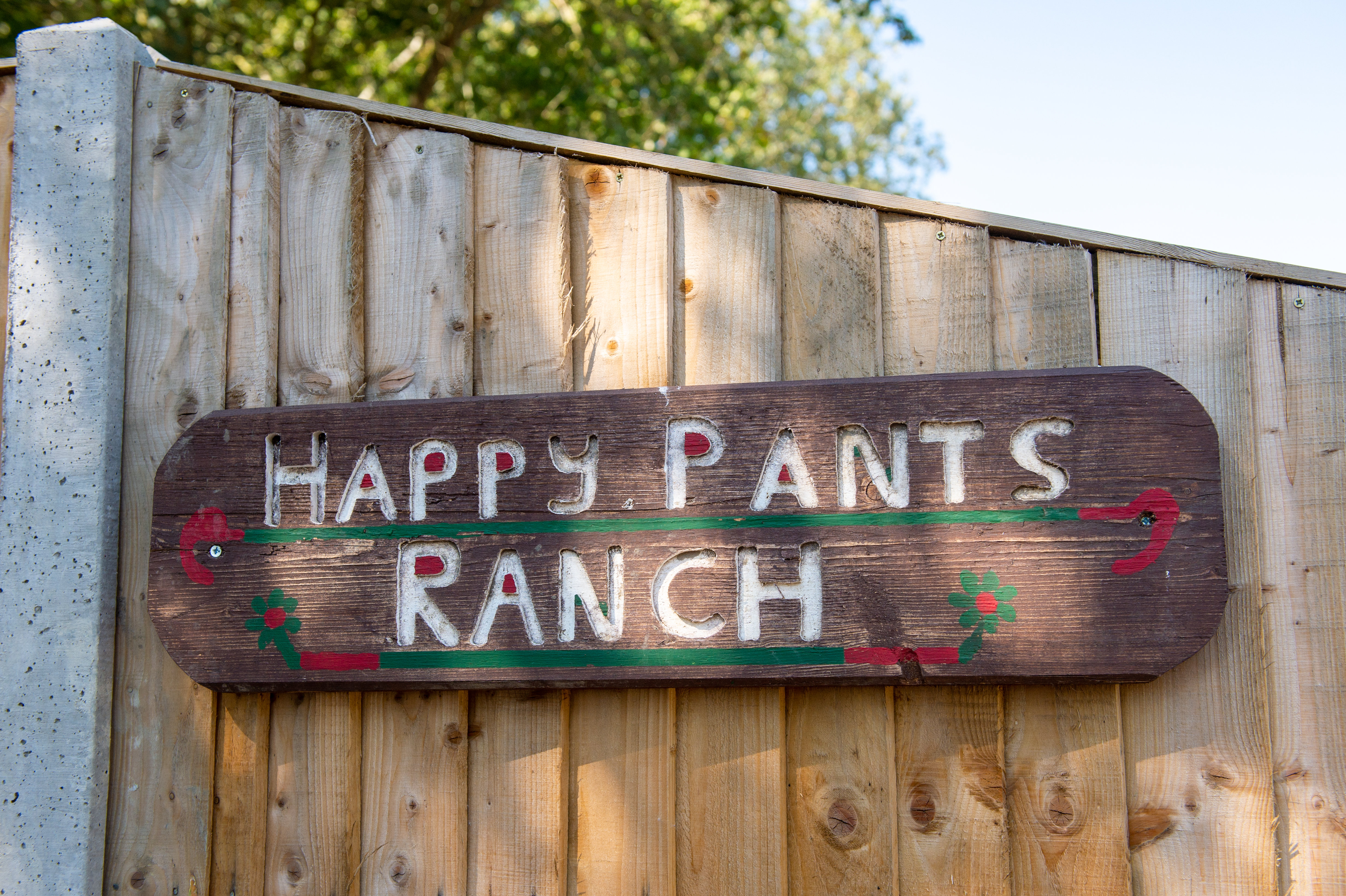 Amey added :"I was supposed to get a decision in July on whether we could stay on the site but now it has been pushed back to December.

"I don't have enough funding to last until then and I can't afford to move, so unless a positive decision is made I will have no choice but to close.

"This might all seem funny and a bit of a joke, but this sanctuary is a lifeline to these animals. They have all been rescued and were meant for slaughter." 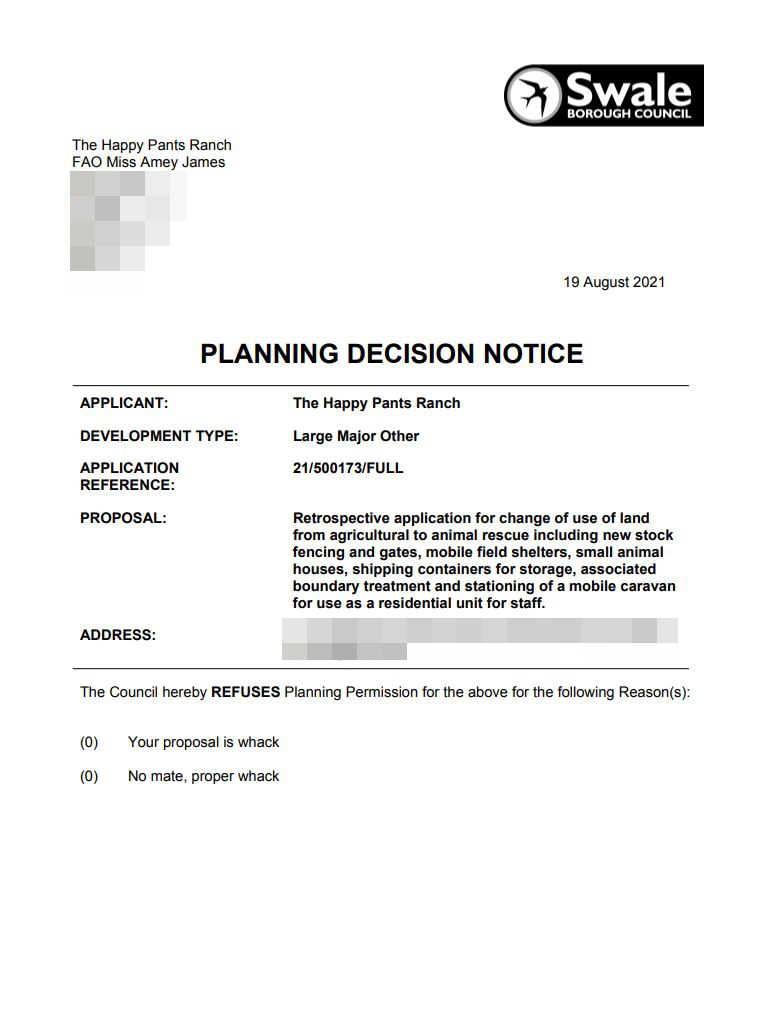 Meanwhile Terry Rowse butchers' application in Sittingbourne to become a takeaway was turned down with the official comments reading simply "no", and "just don't". 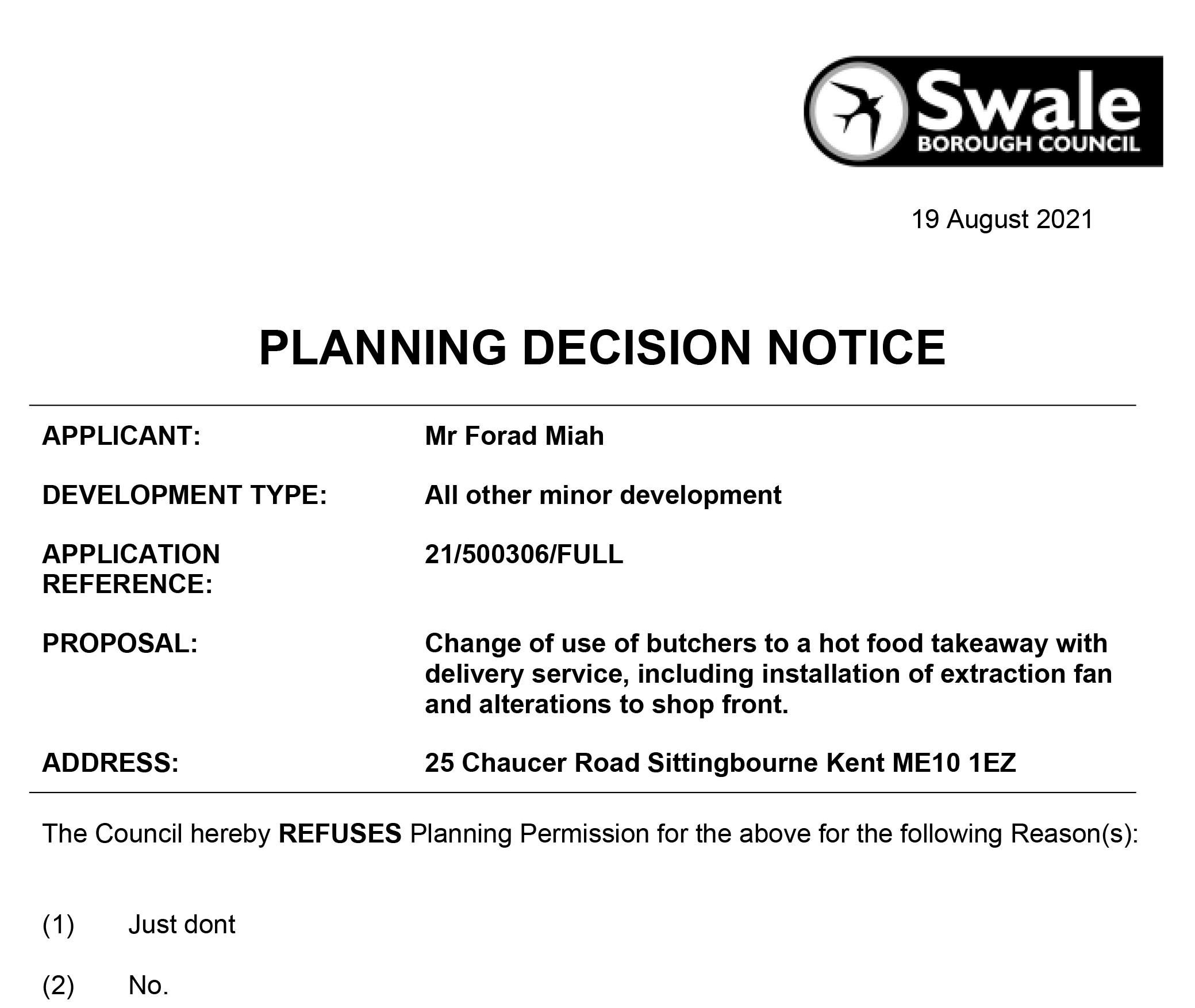 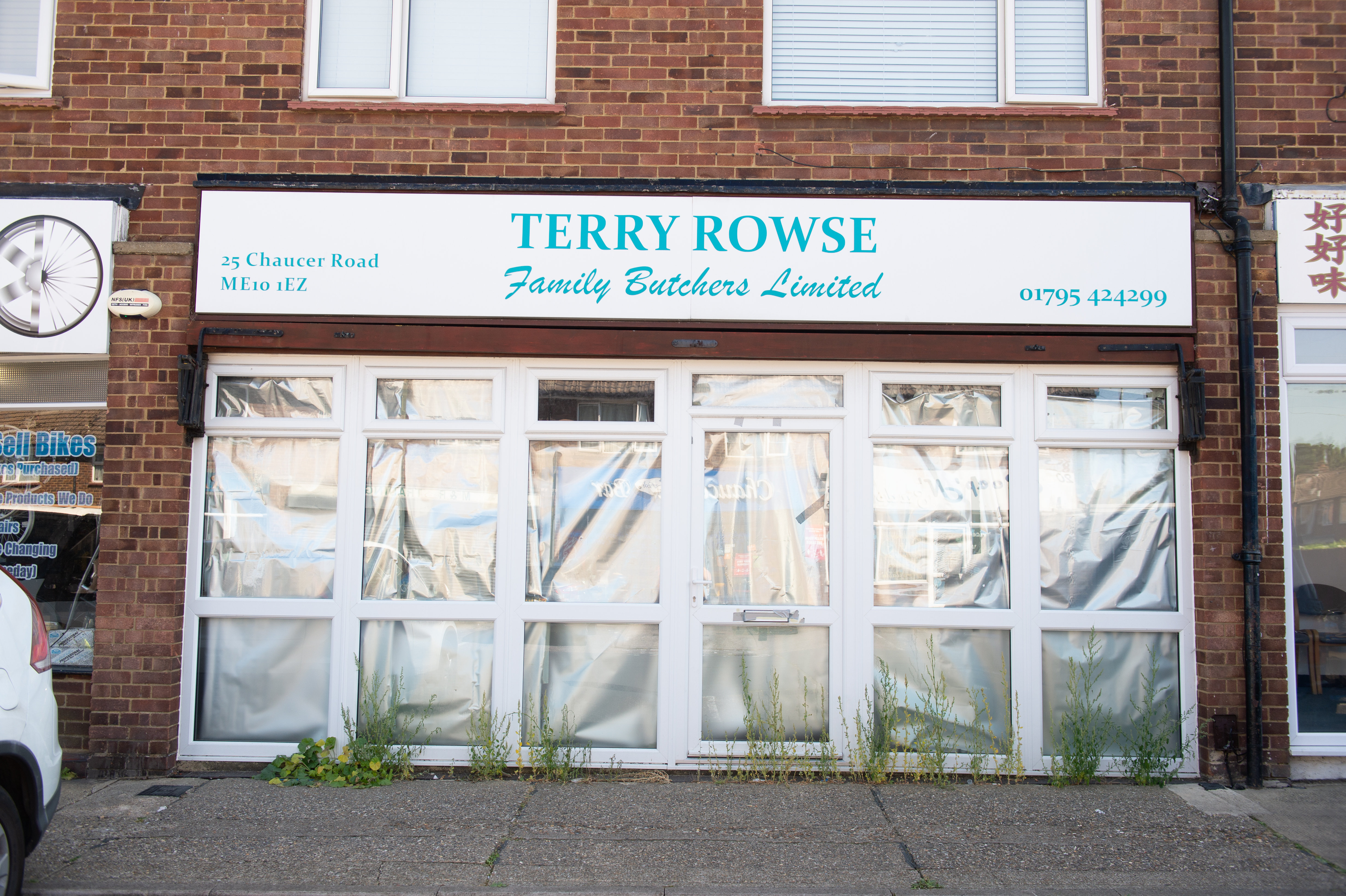 And application for the change of use for a barn to provide storage for seeds and crop protection products, precision farm services and office space in Tunstall, was granted – with a list of numbers 1 to 20.

In another application a property design company were told "don't even bother reapplying lol" and "not even joking LMAO" – slang for 'Laugh my a**e off'.

The firm, Design Quarter UK Ltd, had applied to convert and refurbish an outbuilding into a holiday let. 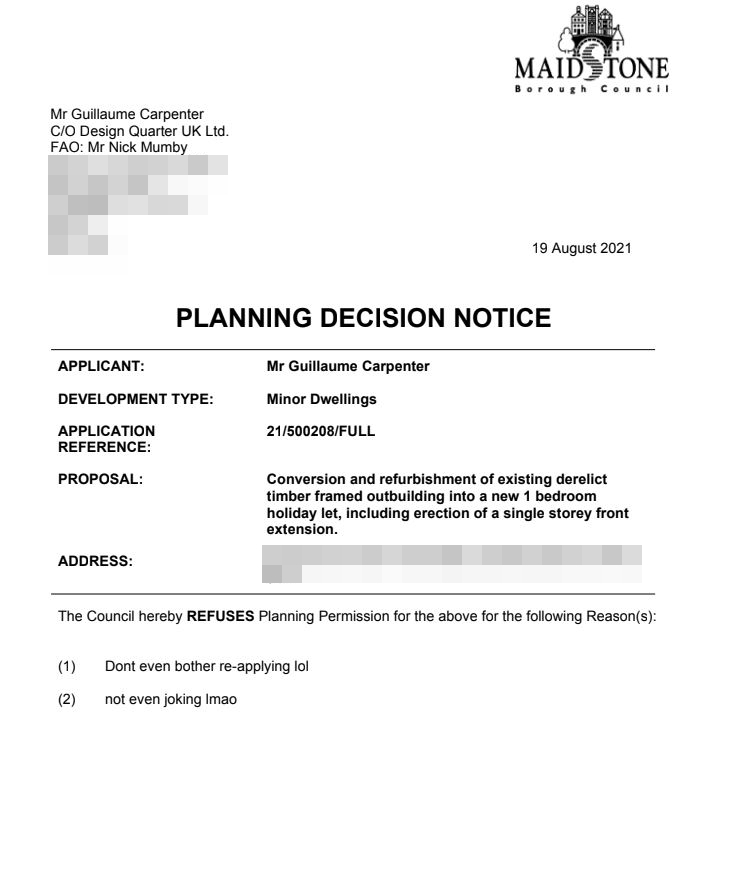 Swale Council said the Mid Kent Planning Support team were trying to fix software issues but in an exercise 'dummy' decision notices were published on the live system on August 19.

An investigation is underway to understand what happened. 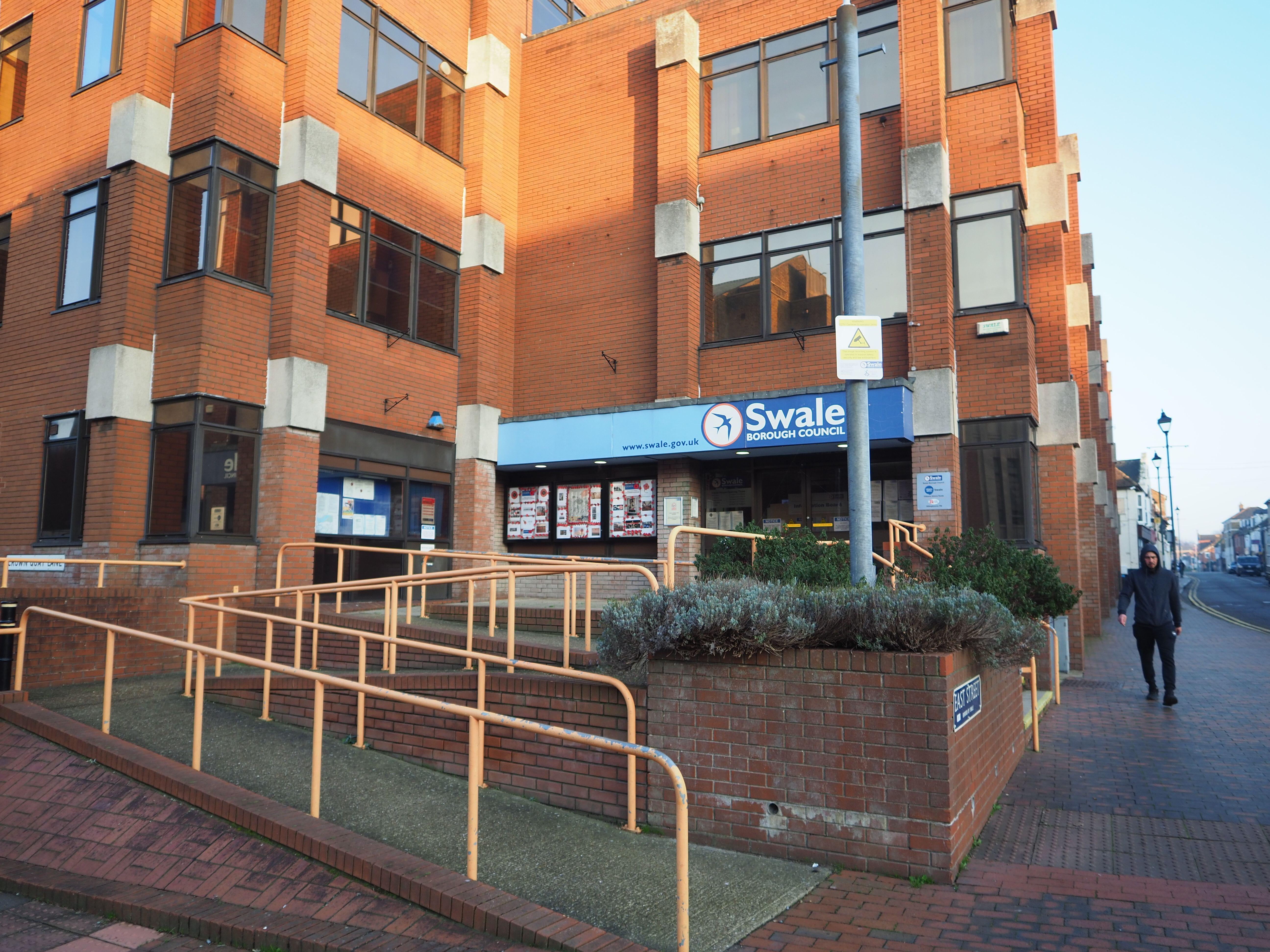 They said: "These errors will have to be rectified but this will cause totally unnecessary concern to applicants.

"This is not the first serious problem following the transfer of our planning administration to Mid Kent shared services.

"We will wait for the outcome of a proper investigation and then consider our appropriate response as a council.

"This is not uncommon and, if uncontested, could be complete in two to three months.

''We have notified each of the applicants of the error and will continue to liaise with them as the matter progresses."

Swale Council expect Mid Kent to pay for the £8,000 mistake. 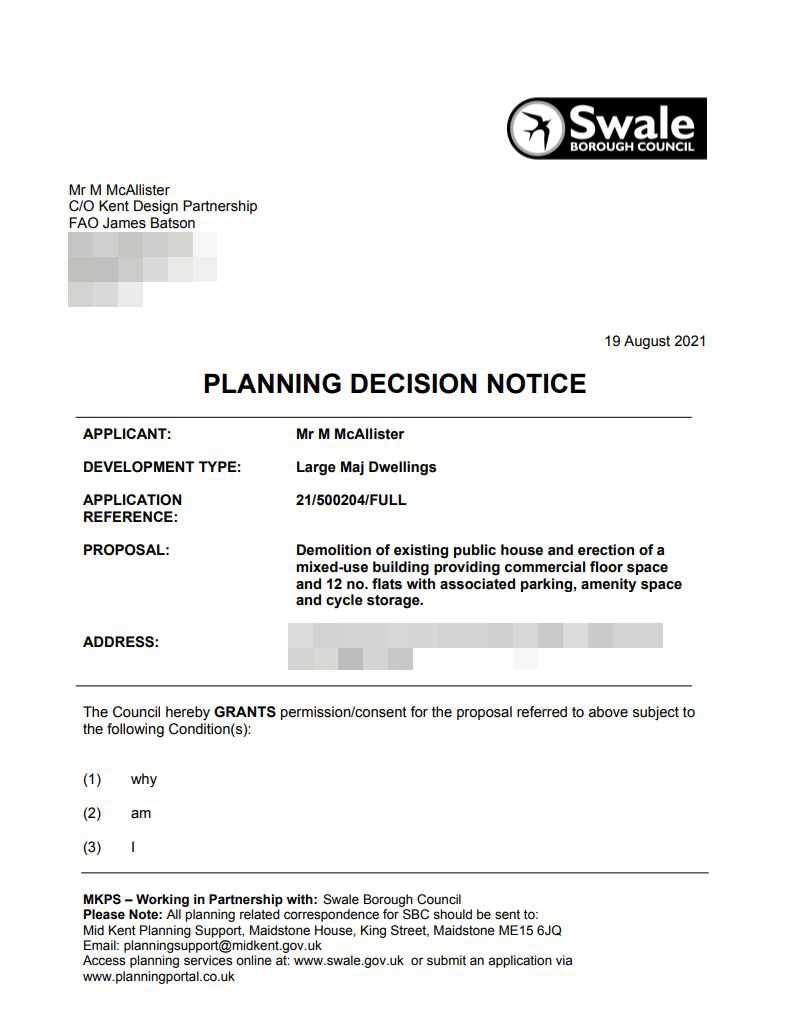 Julien Speed, chairman of Lynsted with Kingsdown Parish Council, said: "Where is the quality control when testing software?

"This is quite an extraordinary error.

"Yes the public access site for planning needs much improvement, but where is the quality control when testing software?

"Swale council is now saying they will seek a judicial review through the courts to overturn these rogue decisions. 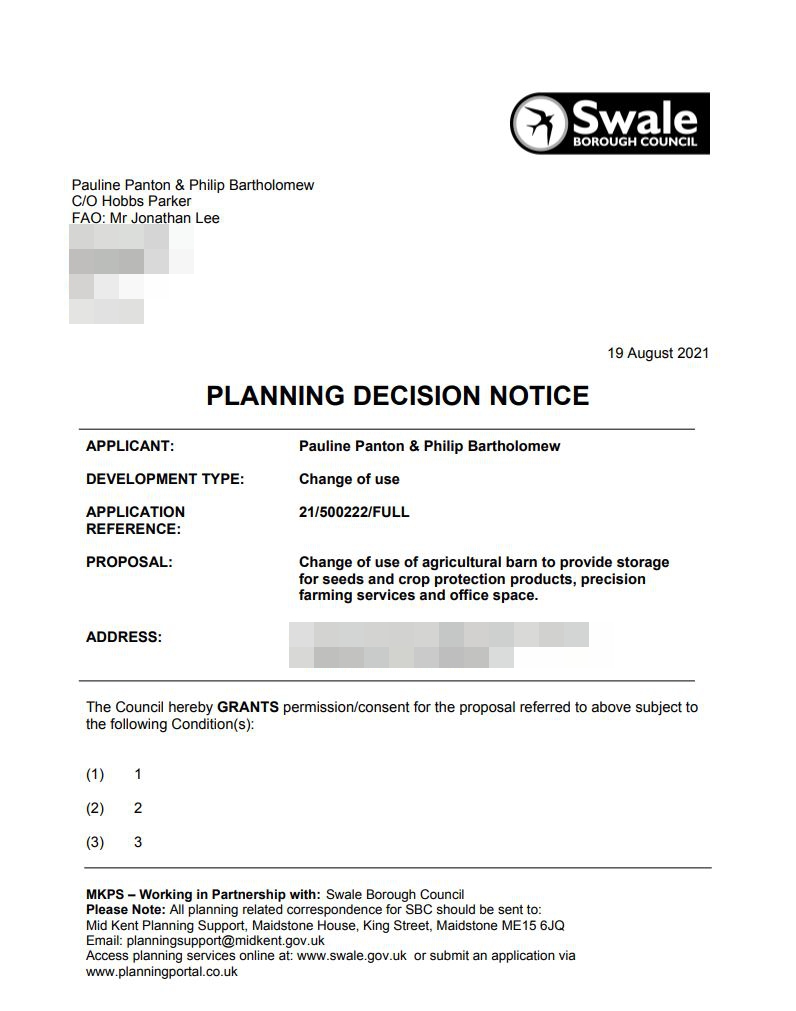 Another local councillor Cameron Beart, who represents Queenborough and Halfway on Swale council added:"What a massive waste of taxpayers' money.

"I am absolutely horrified that one of them is the demolition of the Old House at Home in Sheerness High Street.

Girl,11, born with club foot says she wanted to cut off leg to ease pain