A heartbroken couple are searching for the owners of a dangerous dog which mauled their beloved 14-week-old puppy to death right in front of their eyes.

Nathan Ford, 37, and wife Catrin, 33, were taking Cockapoo Reggie on his daily walk in Swansea, South Wales, when he was savagely attacked without warning by another dog – believed to be a Staffordshire Bull Terrier or American Bulldog.

The attacking dog, described as ‘grey/bluey’ in colour, locked his huge jaw around little Reggie’s head and did not let go for up to 30 seconds.

Reggie’s owners began hitting the attacking dog while desperately trying to open his mouth in a bid to free their puppy, who they had only had for five weeks.

After finally being released, Reggie was rushed to the vets but sadly died from his injuries.

The terrifying ordeal took place in the area of Llansamlet at around 10.30am.

The couple are now pleading for the mystery owners of the dangerous dog to place a muzzle on their pet.

Devastated Nathan said: ‘We were crossing paths on the pavement, there was no barking, no pulling on the lead, nothing. 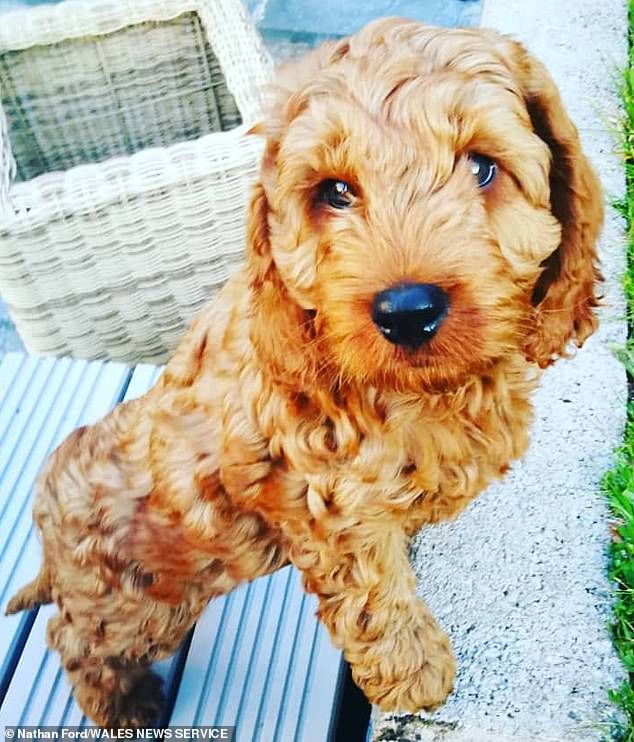 ‘But as we passed each other the other dog grabbed onto Reggie’s face. As soon as he locked his jaw on there was no getting him off.

‘I had my hand in his mouth, I tried punching the other dog off, but he was locked onto his face for what must have been 20 or 30 seconds.

‘As soon as he let go I could hear Reggie struggling to breathe, as if he hadn’t been able to for the whole time.’

A passing taxi driver told the couple to jump in the car and took them straight to a nearby vets.

Reggie was allowed to go home from the vets but he was not responding to his owners and was later taken to a vet hospital.

The couple were then dealt the devastating news that their pup was not going to make it.

Nathan added: ‘They told us that he had deteriorated badly and that he didn’t have long left.

‘We went straight down and managed to get there in time to see him for the last time before he died.’

Nathan now wants to track down the owners of the dog to stop it happening again.

He described the couple as a man and a woman in their late 40s or 50s who were walking a Staffordshire Bull Terrier or an American Bulldog.

The man was described as being around 5ft8 to 5ft10 and slightly overweight.

Nathan added: ‘I want them to know that their dog has killed another dog. I also don’t want it to happen again.

‘I’m not saying I want any further action to be taken or that I want the dog to be put down, but I would want him to have to wear a muzzle so that this kind thing can’t happen.

‘Reggie was such an innocent and loving puppy and he didn’t deserve this. I loved him so much and we miss him every day.’

Staffordshire Terriers and American Bulldogs are considered to come under the Pitbull umbrella but are not pure pitbulls and are therefore not banned in the UK. 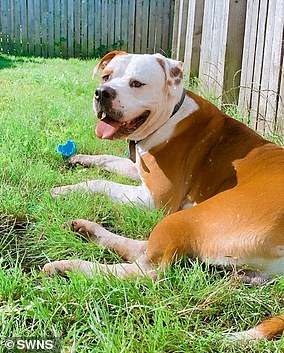 Tyneside Cinema worker says she was raped at the arthouse theatre