Tributes have been paid to a couple who were found dead together at home having just started dating.

Police are not treating their deaths as suspicious, and relatives are now making arrangements for their funerals. 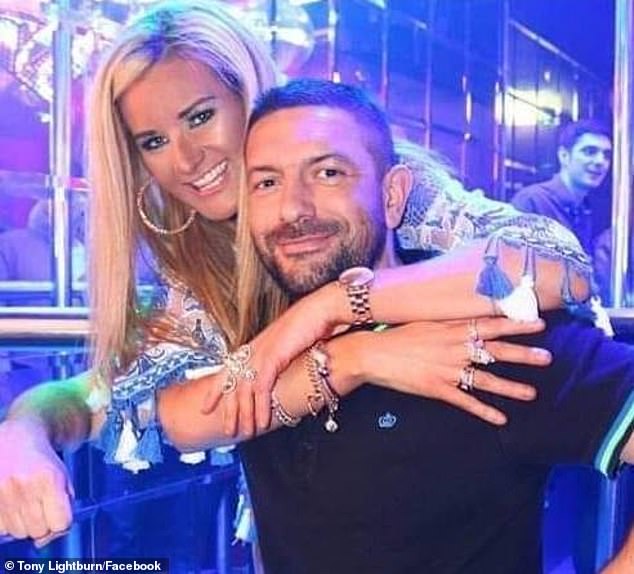 The bodies of Tony Lightburn, 35, and Rachel Wiszniewska (both pictured), 36, were discovered at Mr Lightburn’s Newcastle home last Saturday morning

The couple had only just started dating but appeared to be happy together, according to their devastated friends.

Hayley Murray, who met Mr Lightburn when they were at school together, paid tribute to her childhood friend.

She said: ‘They hadn’t been together very long but she seemed like a lovely girl and they both seemed really really happy together. I was buzzing for him.

Ms Murray found out what had happened to her friend when she received a message while having a meal with her partner on the Quayside on Saturday night.

She said: ‘I just burst into tears. ‘I rang-up Tony’s dad to see if it was true and he said it wasn’t a rumour.’ 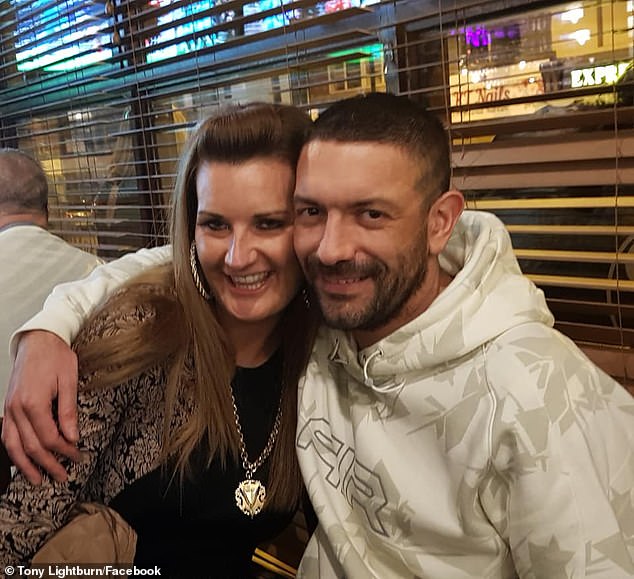 Today a life-long friend of Mr Lightburn (pictured with Miss Wiszniewska) paid tribute to her childhood friend, and told how happy he had seemed with his new partner

Mr Lightburn, a taxi driver, grew up in Gateshead with his parents Lyn and Wizz and brother Chris.

Tattoo artist, Hayley, 36, said he had always been a big character.

She said: ‘I have known him since primary school, we grew-up together.’

‘He was as daft as a brush, he was a little tinker, but me and him were always the ones that stuck-up for one another. With him being mixed race he got a little bit of stick in the 80s, but he gave as good as he got.

‘I only met Rachel once but she seemed lovely.’

Emergency services were called to Mr Lightburn’s home on Saturday morning. The couple were pronounced dead at the scene.

Police say they do not believe anyone else was involved, and officers prepared a report for the coroner.

A Northumbria Police spokeswoman said: ‘At 9.43am on Saturday we received a report of concern for welfare for two people. Police and emergency services attended the address where they found an unresponsive male and female. 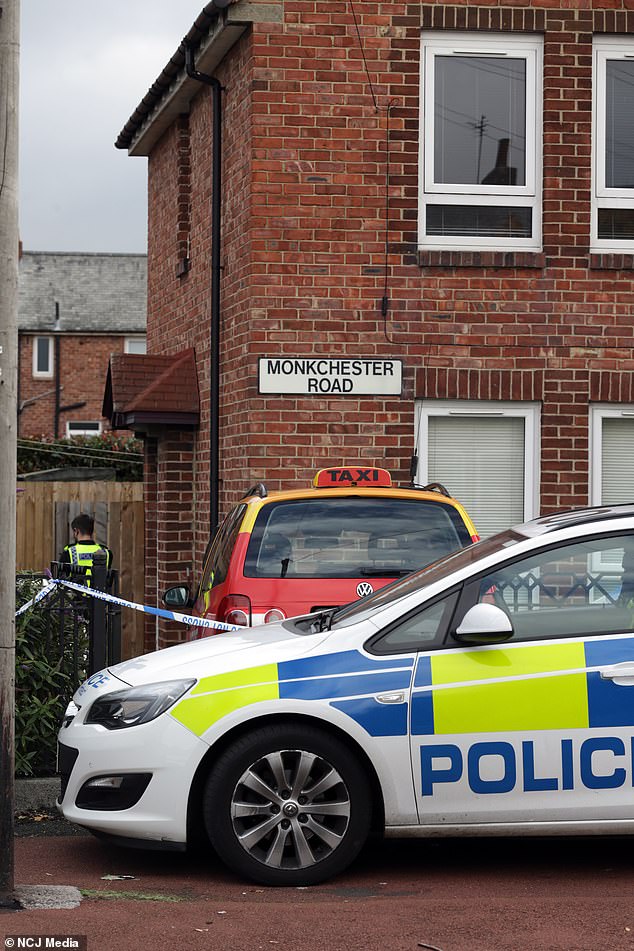 ‘The 35-year-old man and the 36-year-old woman were pronounced dead at the  scene. Their families are being supported by specially-trained officers at this difficult time.

‘There is not believed to be any third party involvement. A report has been prepared for the coroner.’

Meanwhile, tributes have been paid to Miss Wiszniewska online. Jaz Holder has set up a fundraising page on Facebook.

He wrote: ‘As most of you know we have lost two very special people this week and already we now need to start thinking about a funeral.

‘If you can give anything small or large it would be totally appreciated. This is a shock to the full family and we were never prepared for this. So we need to gather some funds if you can help.’

For confidential support call the Samaritans on 116123 or visit a local Samaritans branch, or see samaritans.org for details