A COWARDLY lion was snapped clinging desperately to a tree after raging buffaloes turned the tables on him.

Photographer Olav Thokle, 54, from Norway, snapped the moment a pride of lions bolted for their lives after bungling an attempt to hunt a herd of buffalo in Masai Mara, Kenya. 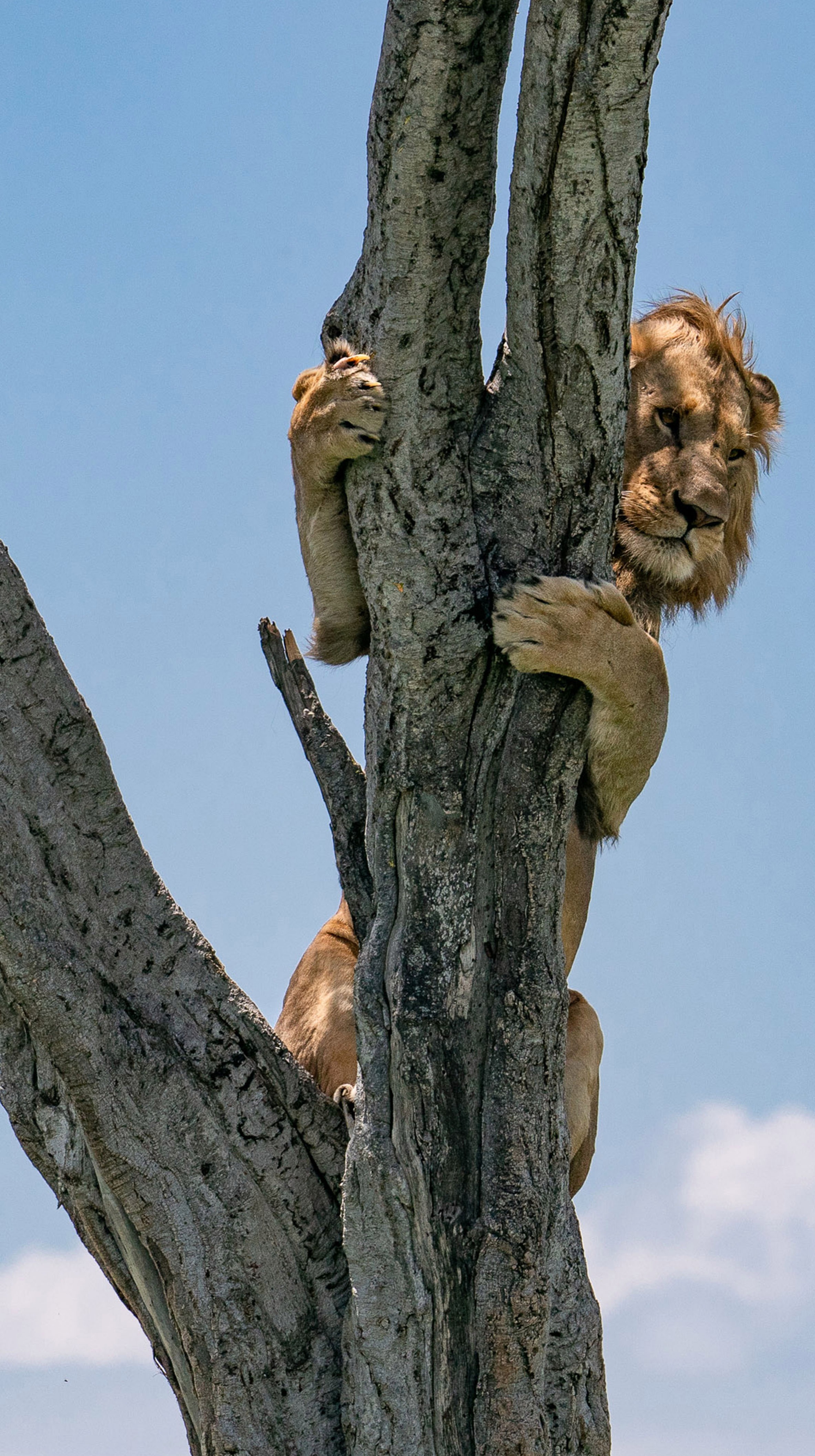 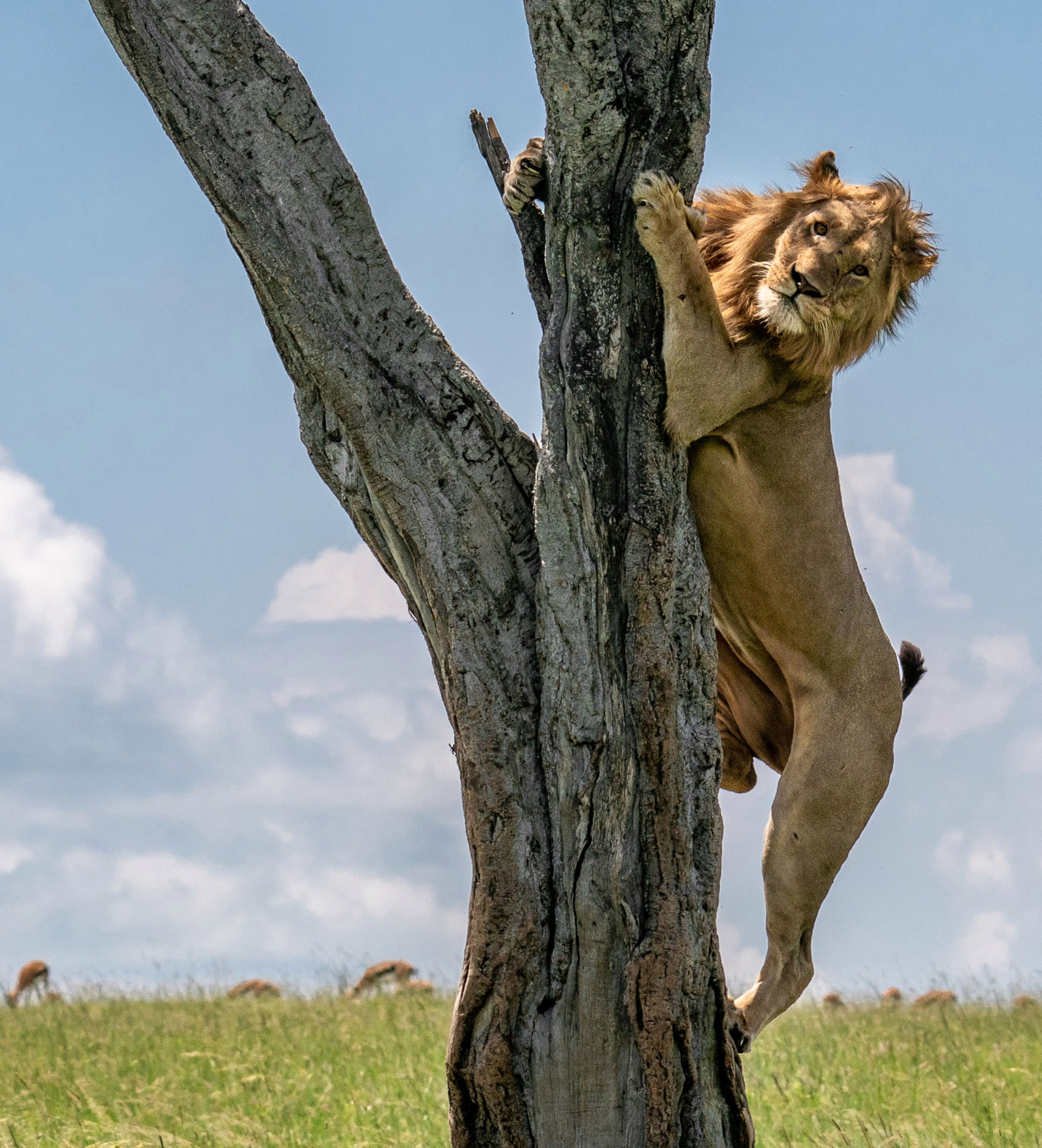 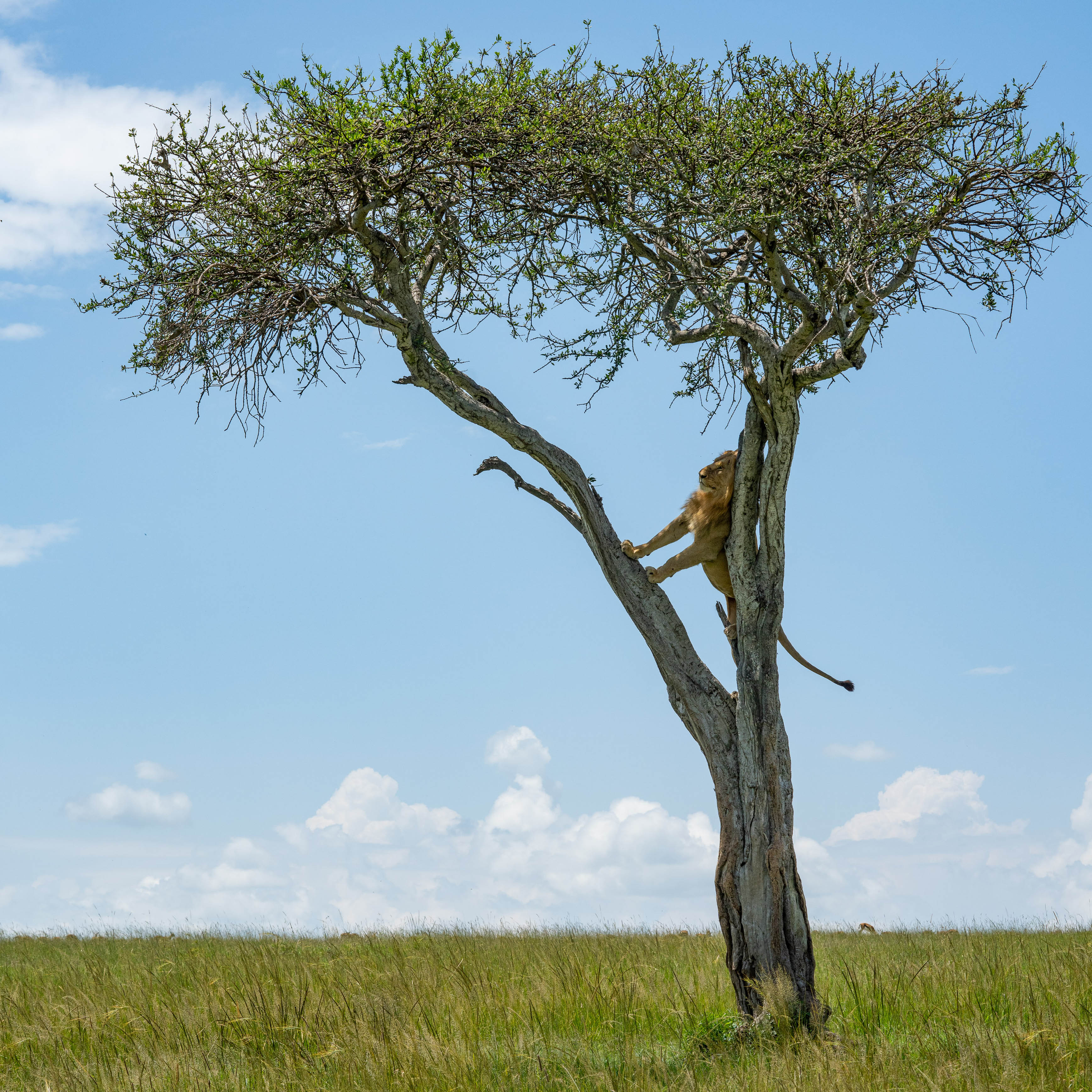 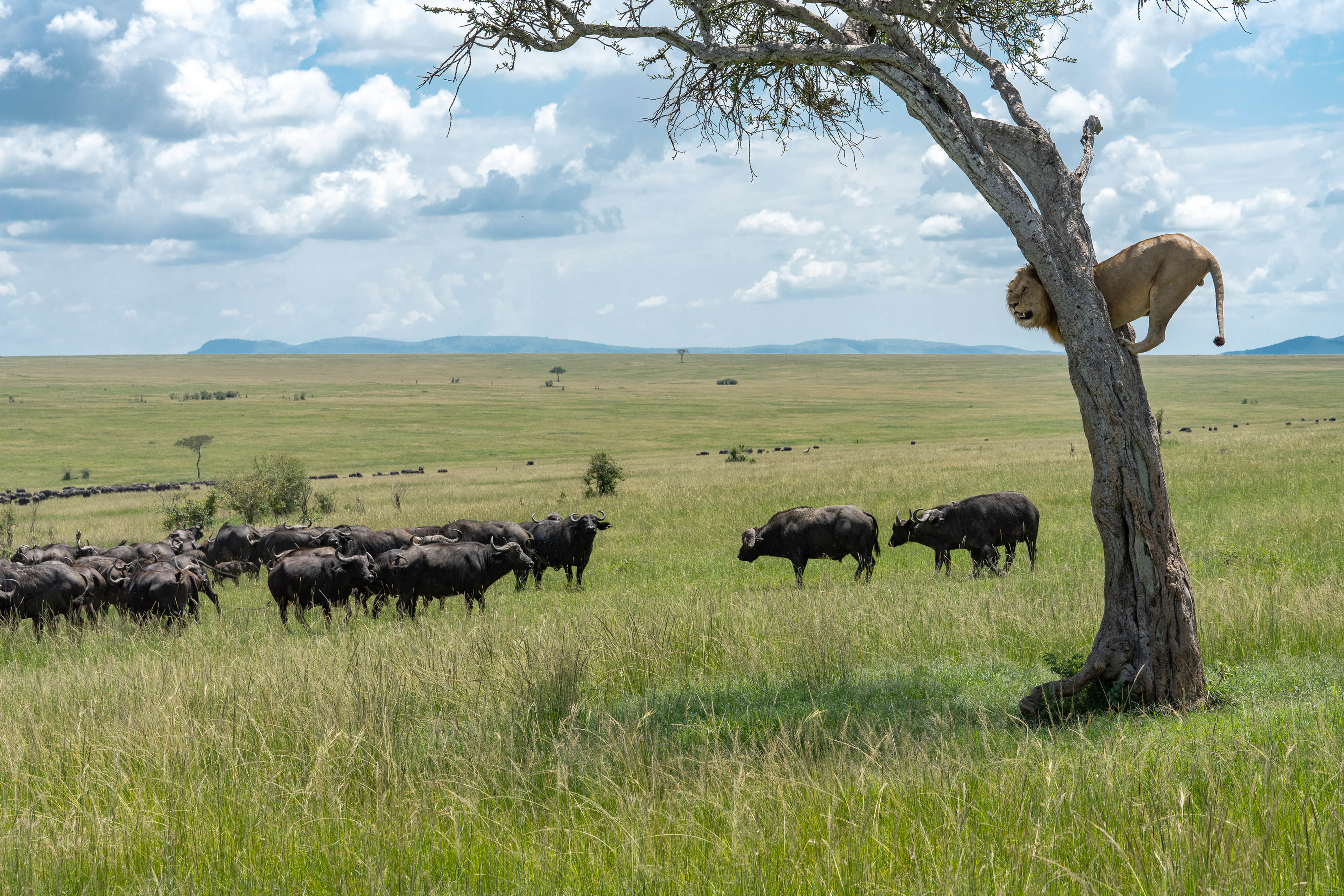 Around five lions – nicknamed the Black Rock Boys – had been following the herd of over 500 buffalo when four of them tried creeping closer in an attempt to spot and kill weaker members.

However, those plans were dashed when some angry buffalo caught scent of the lions and charged towards them.

In a desperate scramble, one of them fled to the nearest tree, climbed up and hid there for hours.

Hilarious pictures taken on the day show the huge lion spilling over the tree branches of his brittle refuge.

Olav said: "Suddenly the buffaloes became aware of the lions' presence. The strongest buffaloes stormed towards the lions. Three of them ran away quickly but the fourth lion was surrounded by the raging buffaloes and couldn't get away.

"He saw a lonely tree on the great savannah and climbed to safety from the big buffaloes. He stayed in the tree for nearly an hour, before the buffalo herd left the area." 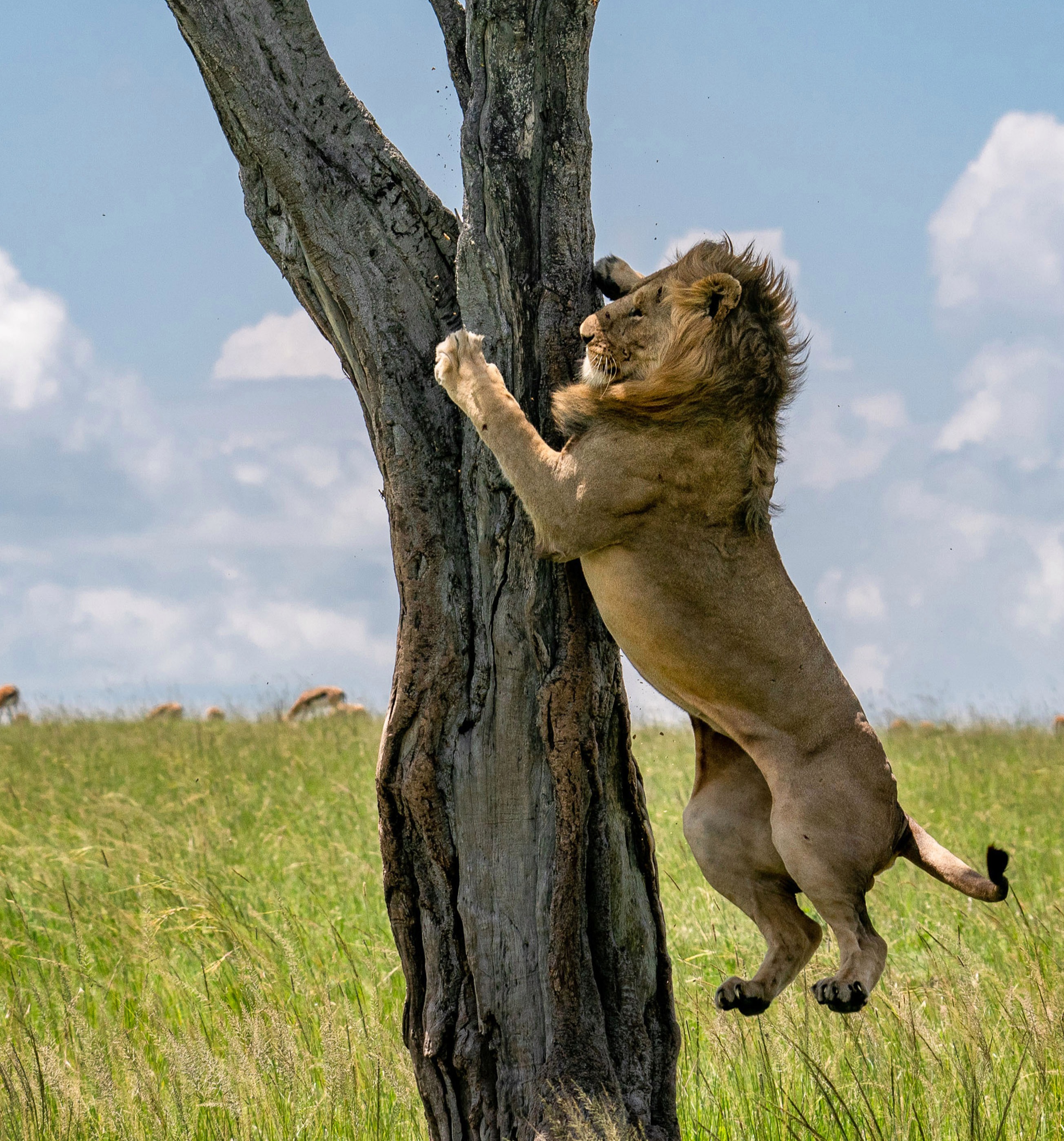 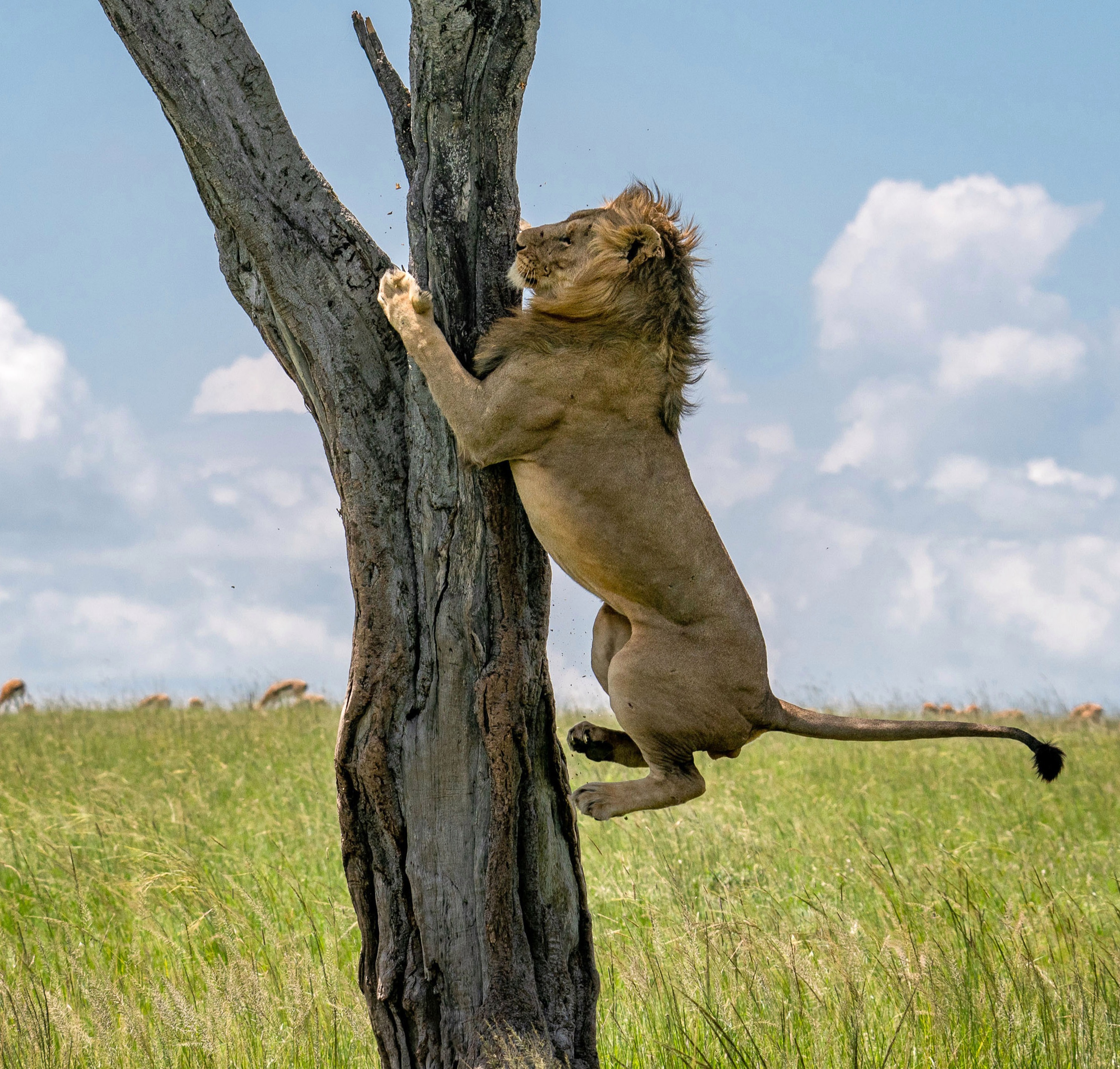 Olav has travelled across the world to picture wild animals – including Alaska, Svalbard, Finland and other areas in Africa.

Masai Mara is especially known for its large cats, such as lions, leopards, and cheetahs.

Lions are the most numerous with more than 900 individuals living in the area. 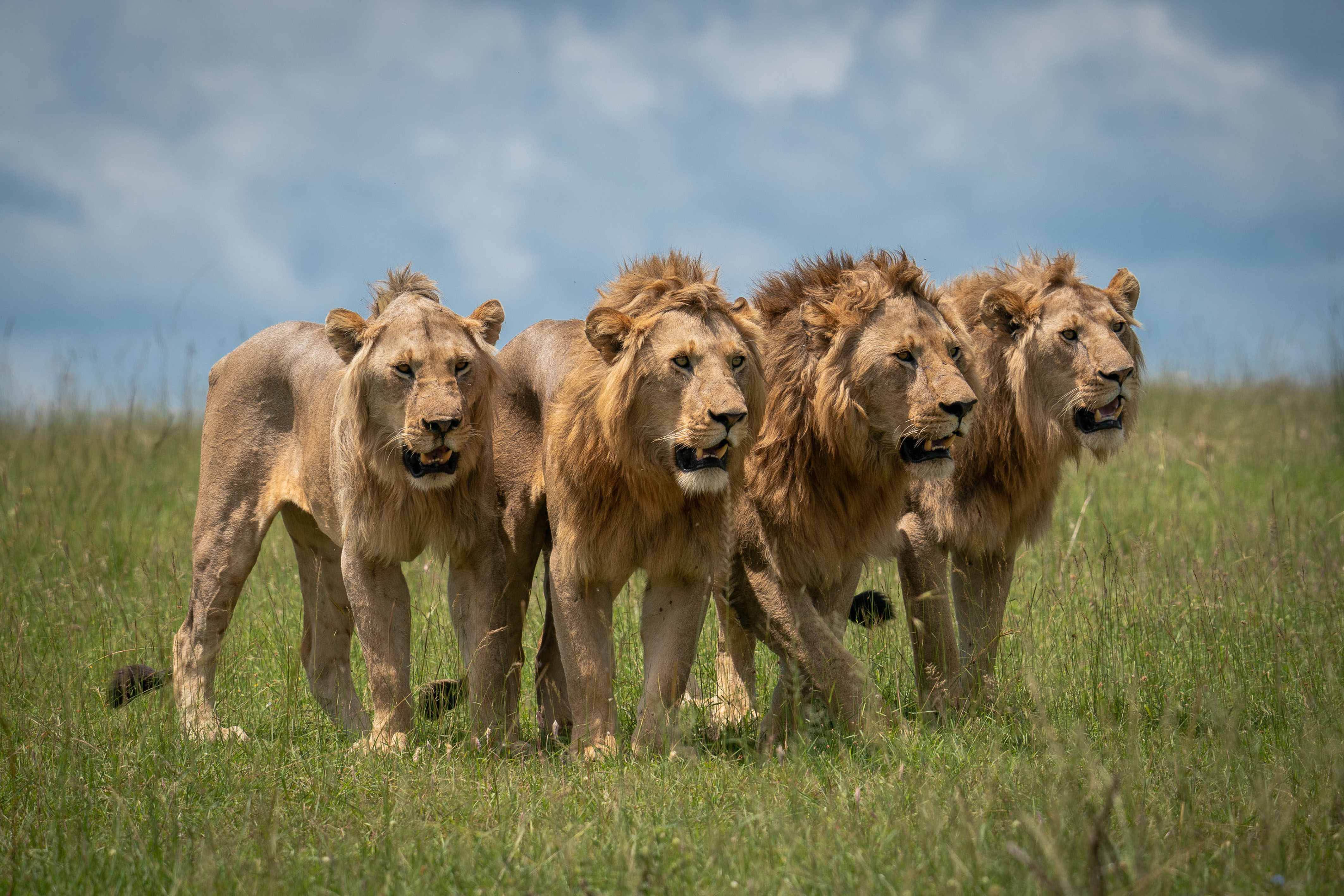 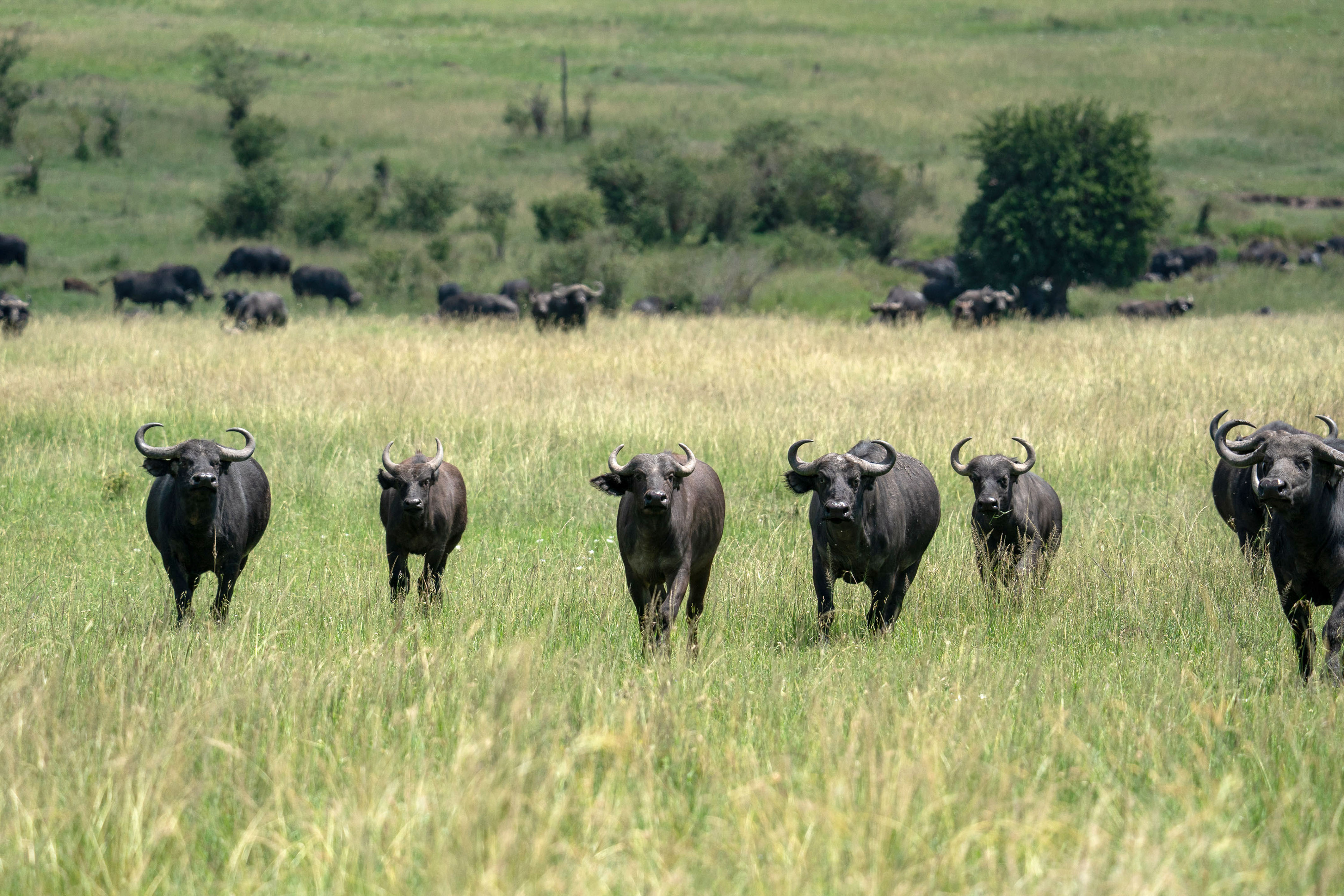 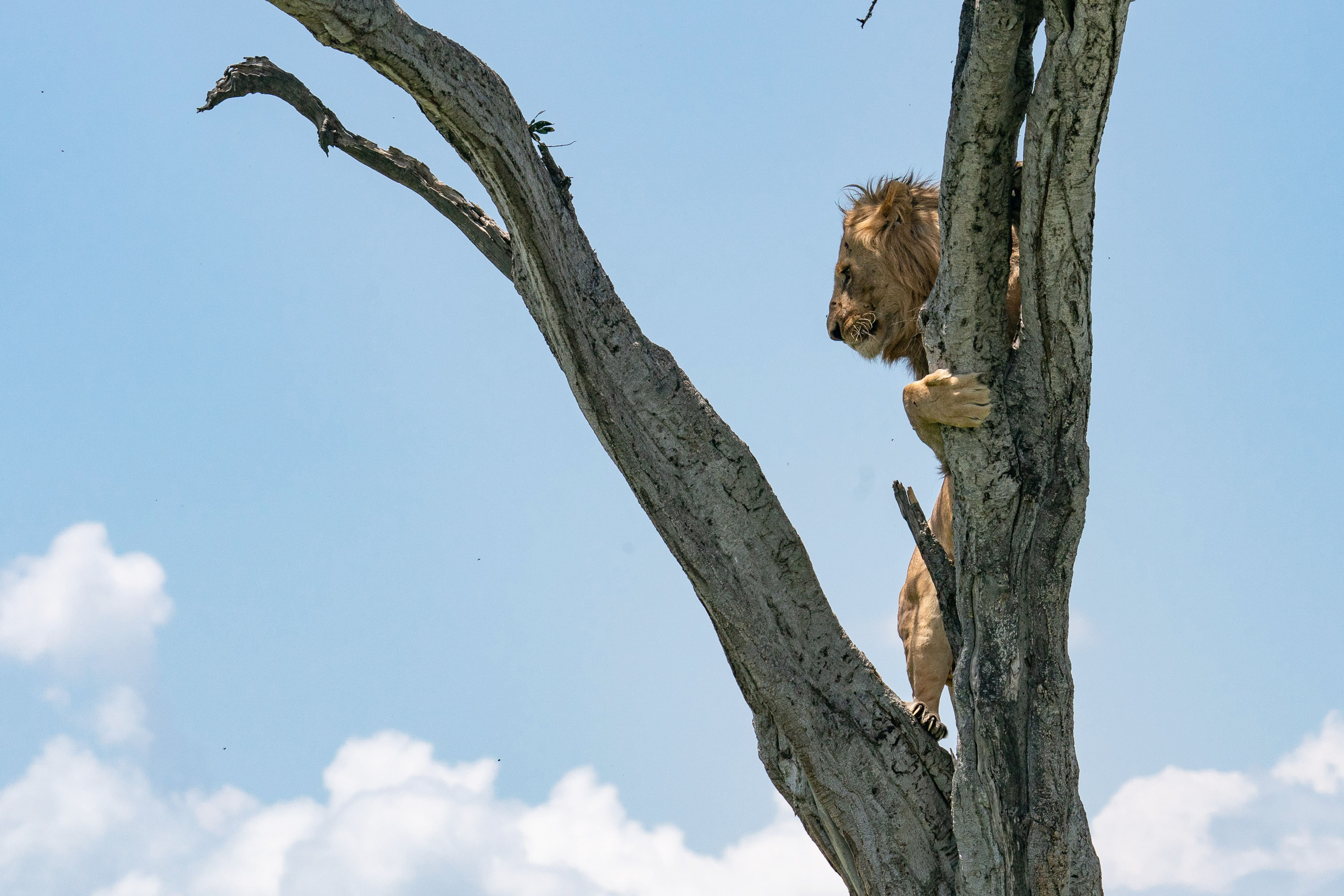 Mich. Man Gets Life in Prison for Killing Girlfriend, Stabbing His Infant Daughter