He popped the question and she headed for the exits.

A suitor bent down on one knee during a minor league baseball game in Massachusetts and suffered a public rejection that was recorded by sympathetic fans and broadcast on the Jumbotron. 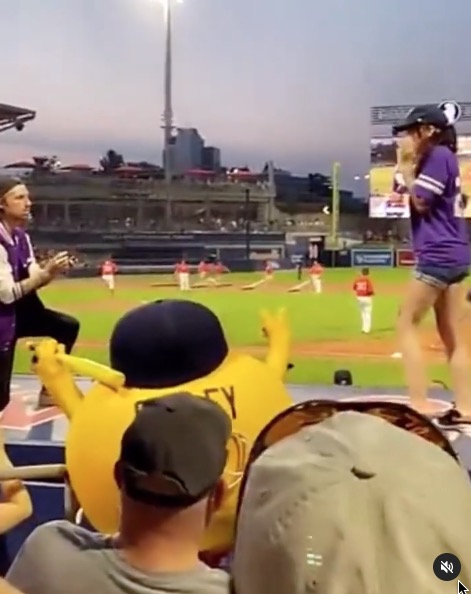 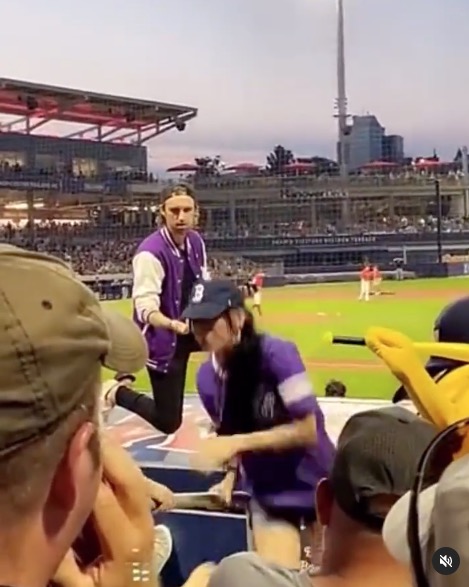 In the moment, which some suspect may have been scripted, the man wearing a backwards baseball cap and letterman jacket stands with his girlfriend in shorts, purple Sox T-shirt and cap atop the Worcester Red Sox dugout during Thursday night’s home game, according to What’s the Word Massachusetts

They posted the awkward incident and captioned the video: “The scene from Worcester is a tough one.”

The man appears to win the endorsement by widespread screams and cheers from the Worchester Red Sox crowd at Polar Park who watched their team fall to the Scranton Rail Riders 11 to 3.

Yet the love interest appeared to hop up and down with her hands muzzling her mouth as she shook her head in a blatant “No.”

“I have to go,” she repeatedly said as she hopped off the dugout and dashed up the ballpark stairs.

The rejected Romeo slowly stood up and walked up trailing her.

“The woman was horrified after the proposal,” witness to the failed proposal Steven Wooste sad in an interview with radio station 98.5 The Sports Hub.

“I saw the whole thing. It was horrifying.

“She ran up the stairs. The gentleman ran after her with two of his buddies.”

While many hearts were crushed after the no to the nuptials, speculation swirled that the moment was arranged and potentially staged.

Many were suspicious that the man's face appeared docile despite losing what would be perhaps the love of his life.

“It was definitely not a stunt in any way by the club—and every indication from those involved was that it was sincere,” Bill Wanless, Vice President of Communications for the Worcester Red Sox told the New York Post.

He did say he hasn’t directly spoken with either the unengaged couple.

“But we haven’t heard anything from the parties involved.”

A photographer named Ashley Green tweeted after the proposal: “Ohhhhhh no.

"We just had an attempted ballpark proposal with a hard no ending in the girl running away."

Social media users were also turned off by the swing for the fences that ended in a whiff.

Jillian Fisher posted: “Just popping in here to tell everyone that a girl just denied a proposal at the @WooSox game and she literally ran away & while this would be a great time to dunk on Worcester…..it’s more important that we all agree to end stadium proposals. Please ”

Another chimed in calling for the end of all marriage proposals after this gutterball: “Public proposals should stop, in general.

"It puts unnecessary pressure on the person being proposed to & its a special moment that should be shared privately." 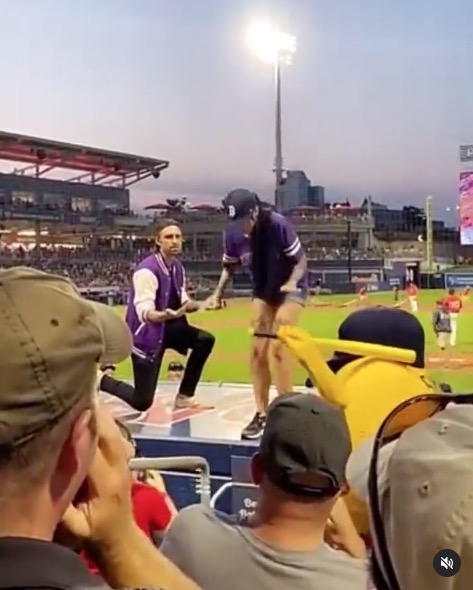 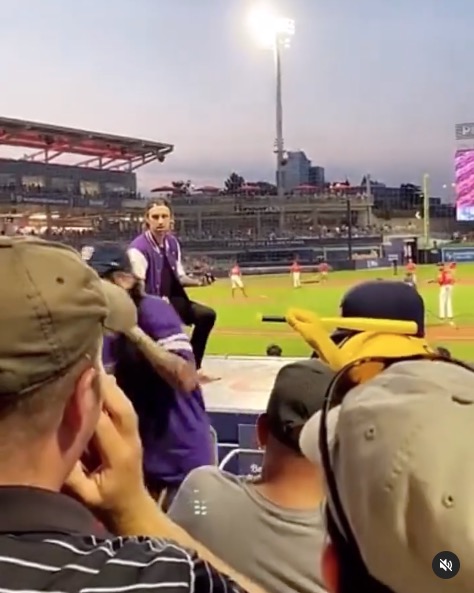