A cruel owner abandoned a dog and her six newborn puppies and tied them to a farmyard gate in Ireland last week.

A member of the public was walking nearby to Elphin, a small town in County Roscommon and spotted the powerless lurcher puppies nursing on their mother who was chained to the gate.

The puppies, who were so young there eyes hadn’t opened yet, were taken to a vet at a nearby centre for the Irish Society for Prevention of Cruelty to Animals. 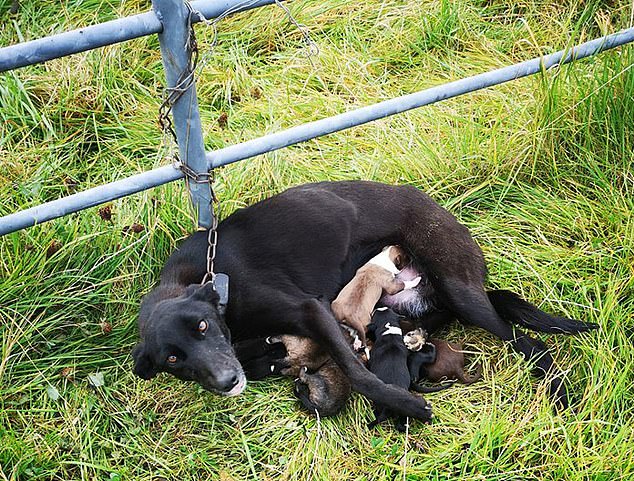 A dog has been discovered abandoned with a litter of her newborn puppies in Co. Roscommon, Ireland (pictured when they were discovered last week) 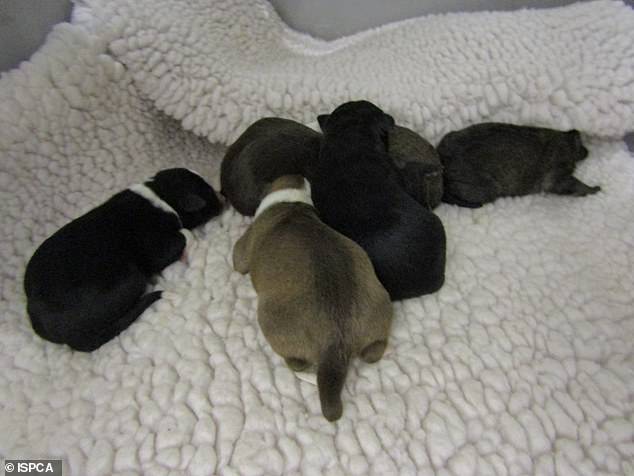 After their rescue, the ISPCA named the mother Emmy Lou and her puppies are called Billy Ray, Dixie, Dolly, Dotty, June and Patsy

Dogs keep their eyelids closed for two weeks after birth so that their eyes can develop. It’s likely the family of dogs were abandoned soon after the mum gave birth.

The pups and mother were examined and luckily the dogs had no other issues apart from being cold and hungry.

Tying the pooches up without water, food or shelter ‘most definitely put her [the mother] along with her young puppies’ lives at risk’, according to ISPCA centre manager Hugh O’Toole.

He added that the recent cold weather in Ireland this week could have lead to a very different outcome. 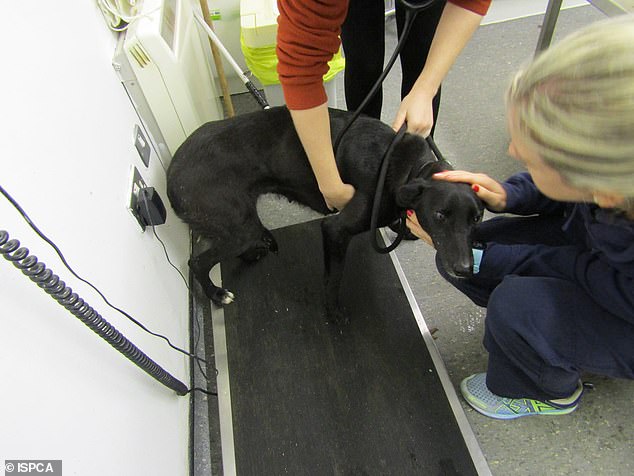 Luckily, after the vet examined the family of dogs, there were no other health conditions apart from hunger and tiredness. Pictured: Emmy Lou being examined at the ISPCA in Longford last week 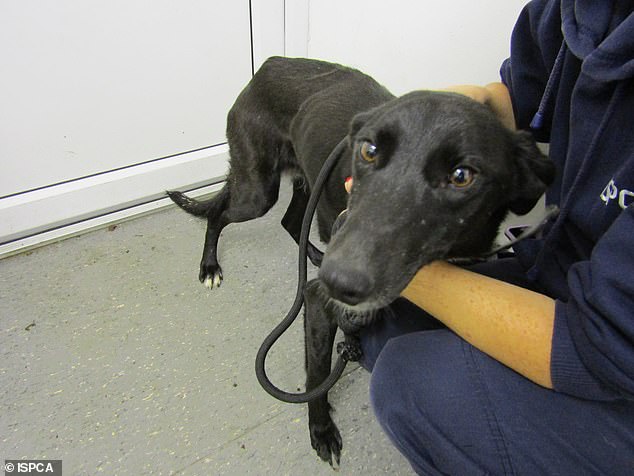 The ISPCA are waiting until next year to rehome the family of dogs so that the puppies will be strong enough. Pictured: Emmy Lou being examined at the ISPCA in Longford last week

After their examination the ISPCA centre named the abandoned dogs.

The mother has been named Emmy Lou and her puppies are Billy Ray, Dixie, Dolly, Dotty, June and Patsy.

The IPSCA is seeking to rehome the dog and her puppies at the start of next year once the little ones are a little older.

Germany sees no new EU sanctions on Russia for now