‘I saw myself being dead and losing everything’: Dennis Quaid opens up about how he used to do 2 grams of cocaine a day, what Bill Clinton told him after he split with Meg Ryan, and the most public place he’s ever had sex

At the height of his addiction, Dennis Quaid was doing two grams of cocaine a day.

The Hollywood actor has opened up about his former habit – and how he finally got himself into rehab.

Quaid, now 64, was doing cocaine nearly every single day as he saw his star rise in the 1980s, when even some movie budgets included the drug.

As he fell deeper and deeper into his addiction, Quaid always vowed to quit. But by 4pm the next day, he would be back at it again. 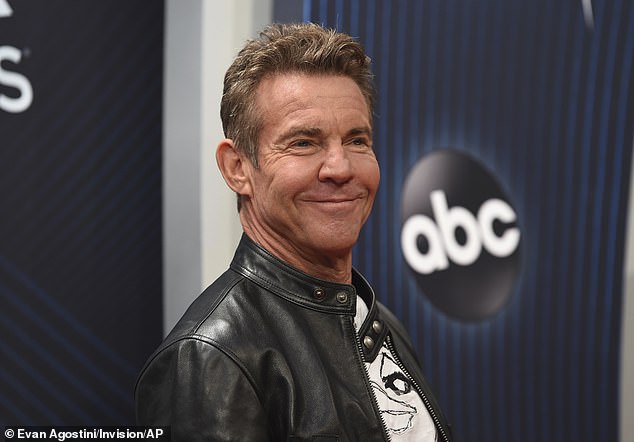 Dennis Quaid has opened about his battling his cocaine addiction, as well as getting through three divorces 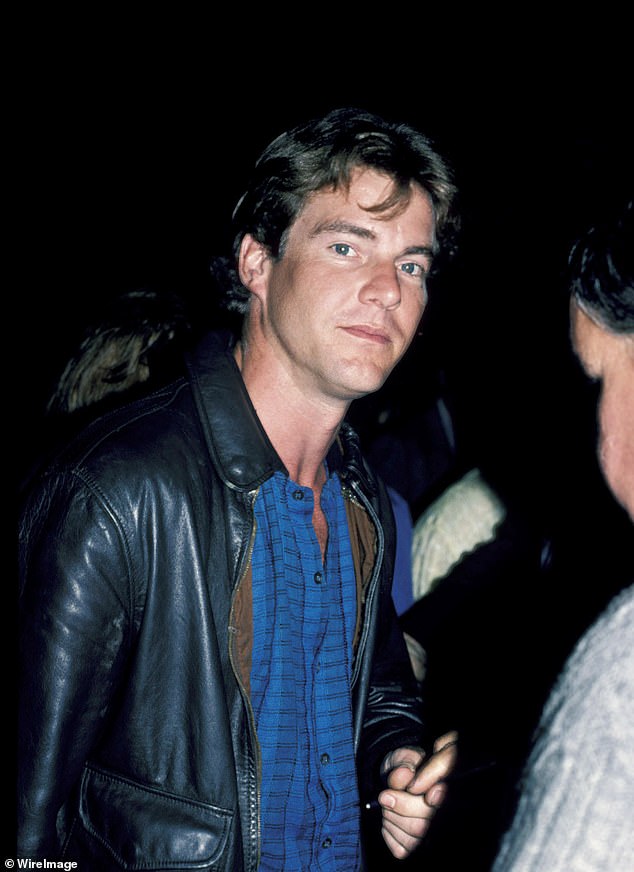 Quaid, now 64, was doing cocaine nearly every single day as he saw his fame reach new heights in the 1980s. He is pictured here in 1986

‘I liked coke. I liked it to go out,’ he told The Sunday Times.

‘I had one of those white-light experiences where I saw myself being dead and losing everything I had worked for my whole life. So I put myself in rehab.’

Quaid gave up alcohol for 10 years as he battled to overcome the addiction, revealing he missed cocaine for ‘quite a while’.

‘I started drinking again because alcohol was never my problem,’ he said. ‘I never liked the feeling of being drunk.’

‘I would do coke and I would use alcohol to come down.’

Quaid is no stranger to starting over. He has seen the end of three marriages, most recently divorcing Texas property agent Kimberly Buffington after 14 years together. 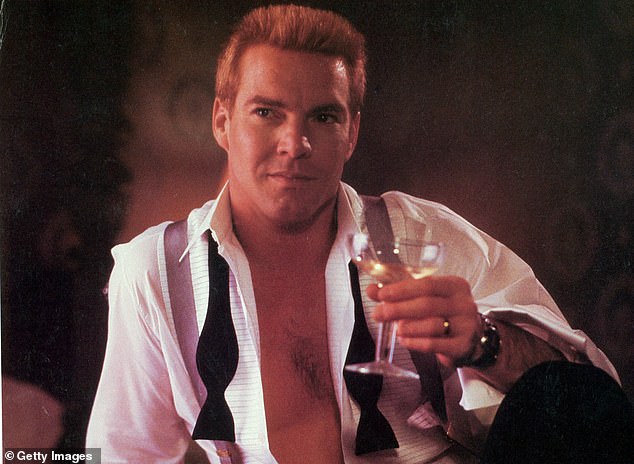 As he fell deeper and deeper into his addiction, Quaid would always vow to quit. But by 4pm the next day, he would be back at it. He is pictured here in a scene from Everybody’s All-American in 1988 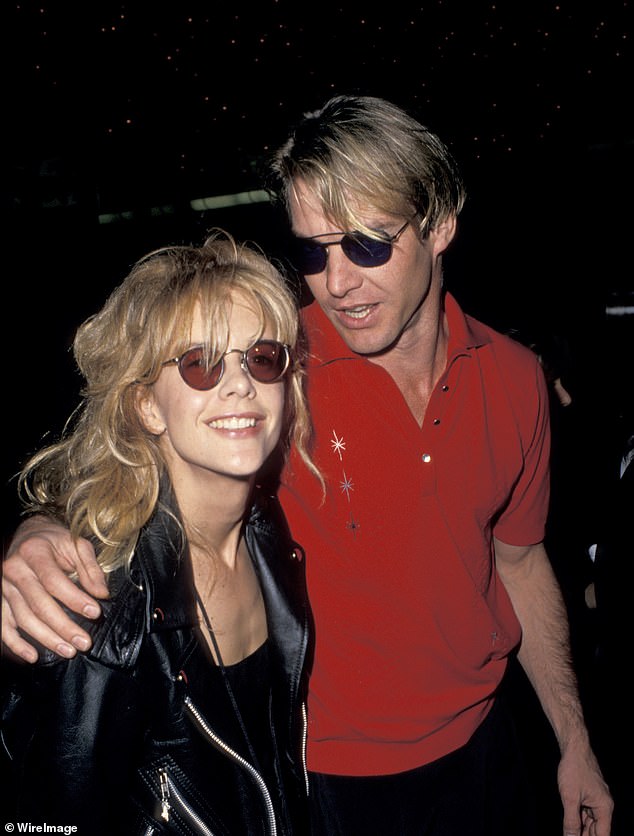 None of Quaid’s splits were more public than his divorce with Meg Ryan (pictured together in 1989), ending a love that turned them into Hollywood’s golden couple

‘I think what divorce does is, it takes away your identity,’ he said. ‘It’s like death.’

‘Your identity is wrapped up in the relationship and if it’s not going to be there…who are you?’

None of Quaid’s splits were more public than his divorce with Meg Ryan, ending a love that turned them into Hollywood’s golden couple in the 1990s.

The divorce even caught the attention of Bill Clinton, who at the time was still the president.

‘When it was announced that Meg and I were getting a divorce, he called me from Air Force One,’ Quaid revealed. 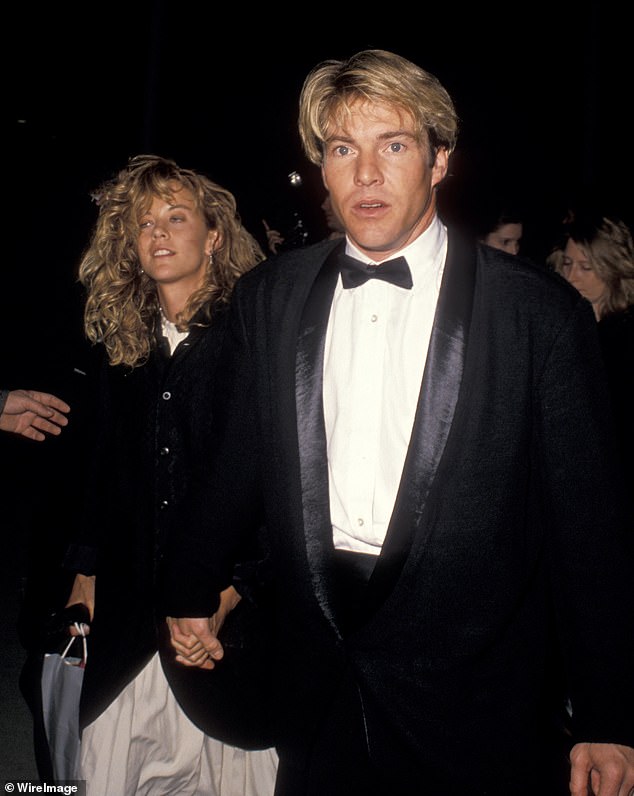 The divorce even caught the attention of Bill Clinton, who at the time was still the president and called Quaid about it from Air Force One. They are pictured here together in 1989 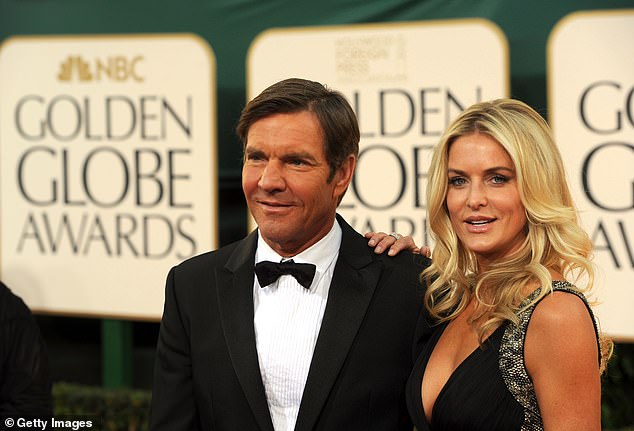 Quaid then wed third wife Kimberly Buffinton (pictured together in 2011). He compared divorce to being ‘like death’

‘He was over the Atlantic right after Palestinian talks had collapsed. I don’t know how he found me, but he did. He just wanted to let me know he was thinking of me.’

Clinton and Quaid became friends after the actor and Ryan were invited to attend a state dinner with the King of Spain.

Hillary was going out of town and Clinton asked Quaid to stay the weekend and play some golf.

‘It was just me and Bill,’ he said. ‘We played golf, we got in the president’s limousine and had a couple of Subway sandwiches.’

‘At the time I was better at golf, but he would have been a much better golfer if he wasn’t president. He was the smartest guy I’d ever met, and very kind to me.’

Quaid is still ‘friends’ with Ryan, with whom he shares a 26-year-old son named Jack. 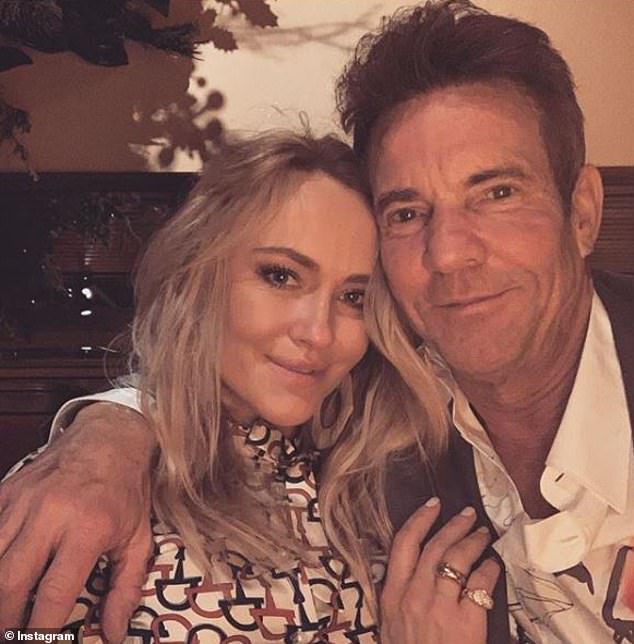 While Quaid isn’t planning on having any more kids, he’s not ruling anything out after finding love again with Santa Auzina (pictured together) 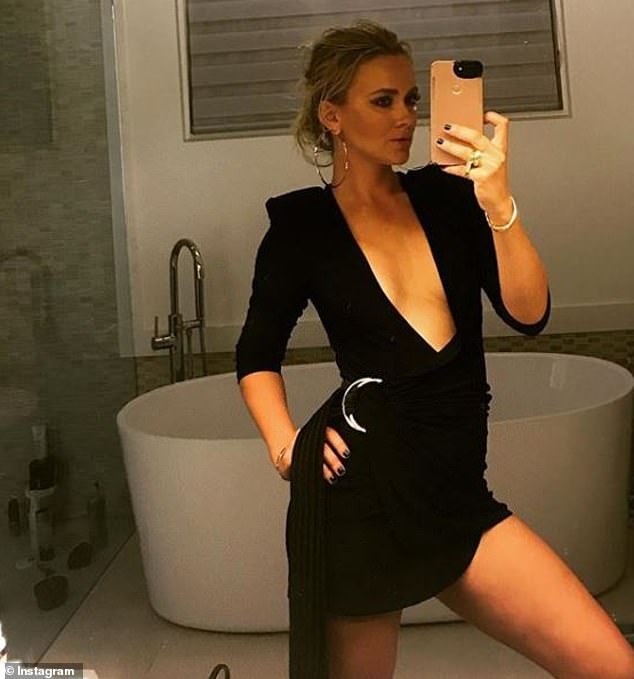 Auzina is a 32-year-old French-Canadian model. Quaid even cheekily admitted that the pair had sex in an elevator ‘not too long’ ago

‘I was 38 when he was born,’ Quaid recalled. ‘And I realized my life was over. I could no longer have any guilt-free experiences.’

‘I’m exaggerating a bit, but I am responsible for someone else in the world and that’s never going to go away. My mother still worries about me.’

‘It was very different,’ he said. ‘You have both of them coming at you at once. The good part is that they each have a playmate and the hard part is that you have to do everything double.’

While Quaid isn’t planning on having anymore children, he’s also not ruling it out after finding love again with 32-year-old French-Canadian model Santa Auzina. 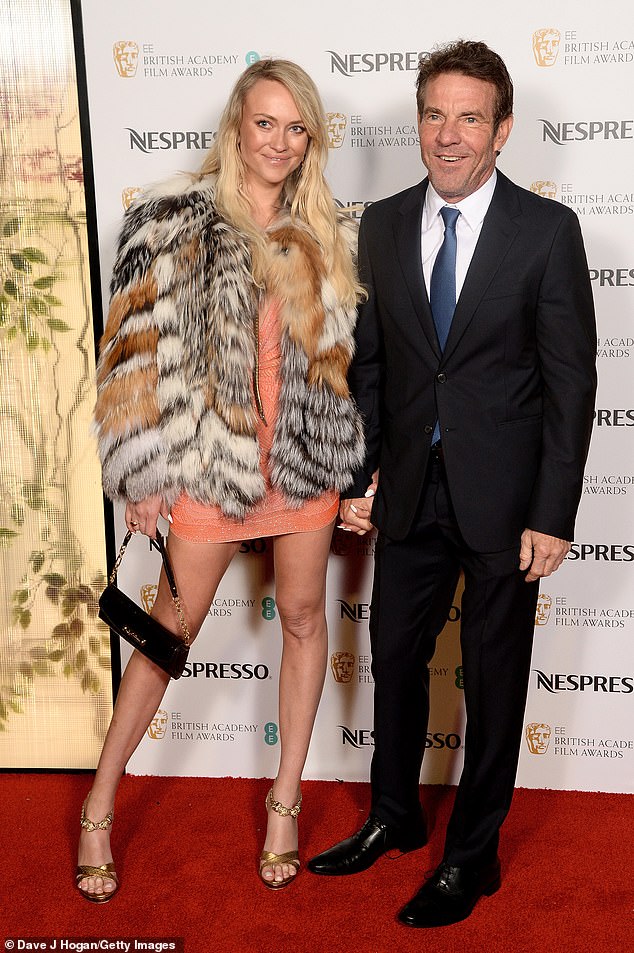 Quaid met Santa ‘very close’ after his split from Buffington. He is pictured with Auzina at the BAFTA nominees party in February

The couple have been dating for two years and not ‘too’ long ago, even had sex in the elevator going up to Quaid’s Quebec apartment, he admits.

‘And then Santa came along.’

The newfound love replaced Quaid’s brief obsession with ‘dusting’ after his divorce.

‘I would get into bed and my feet were just black from everything,’ he recalled. ‘I didn’t like that feeling, so I discovered the Swiffer.’

‘She’s better than a Swiffer, that’s for sure,’ he said of Auzina. ‘It’s fun to be single up to a point, but I like being in a relationship. I really do.’