Do YOUR kids complain about having to walk to school? Meet the boy who CRAWLS two miles on all fours to get to class every day because of his disability

This brave disabled boy has won praise after this footage showed him walking on all fours with flip flops on his hands on his two-mile daily trek to school.

Eight-year-old boy Mukhlis Abdul Kholik, known as Adul, lives in a rural area in the city of Sukabumi in the province of West Java in Indonesia.

He was born with a physical disability that requires him to use his hands to help himself walk, because the condition he suffers from has affected his legs. 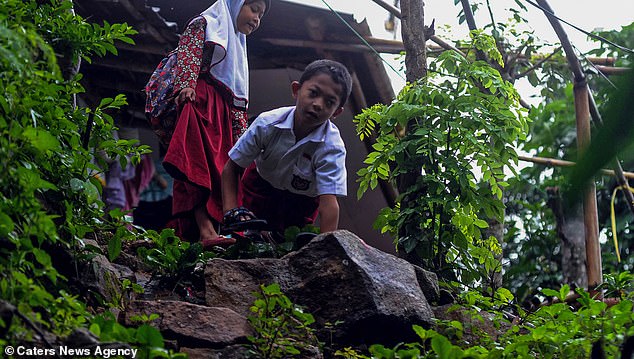 He is forced to travel almost two miles to school each day and without a school bus – the only way he can do so is on all fours.

The video shows the boy wearing shoes on his feet and flip flops on his hands while walking through a rough terrain to reach school.

He is seen accompanied with another schoolboy and a woman. 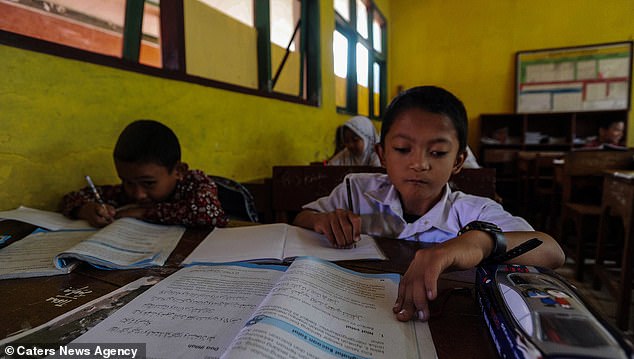 Motivated: Adul’s teachers say he works hard at school to be top of the class, but loves playing with his classmates too 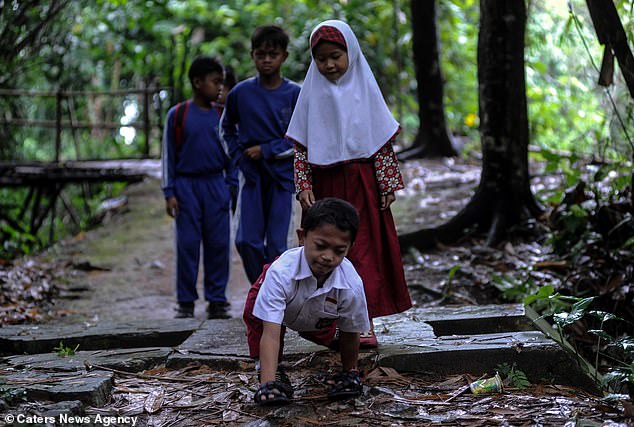 His teachers say that Adul is one of their most motivated students who studies hard to compete with his classmates and enjoys playing with them too.

The school’s principal, Epi Mulyadi, added: ‘He is very active every day, besides being physically limited.’

One of the boy’s wishes was to meet the President, Joko Widodo, known as Jokowi, and his dream finally came true on the International Day of People with Disabilities on Monday December 3. 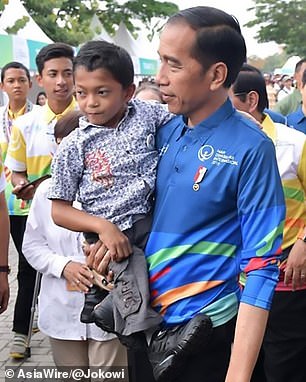 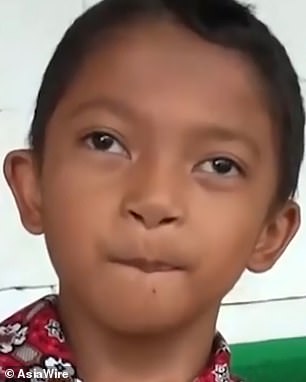 One of Adul’s dreams came true when he met Indonesian President Joko Widodo, known as Jokowi (left, carrying Adul), on the International Day of People with Disabilities on Monday December 3 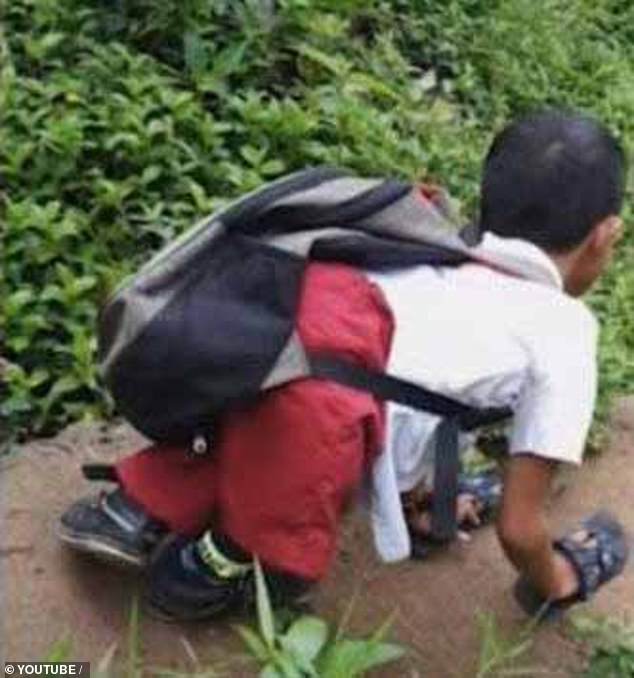 Adul crawls two miles to school every day along country roads and forest paths on all fours, wearing sandals on his hands 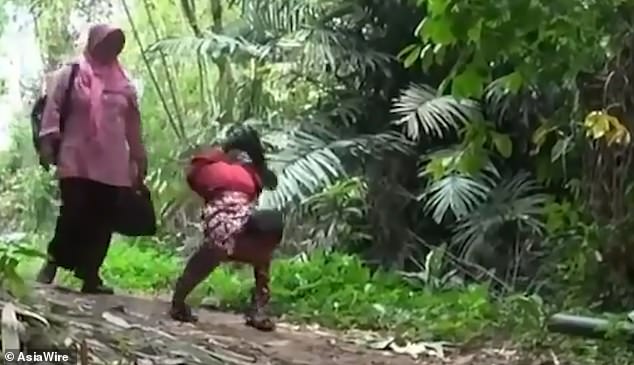 Weddings are back for the summer but receptions are BANNED

Scientists develop AI technology which can tell how someone is feeling