Washington: A coalition of hundreds of doctors and public health experts have called out Spotify for allowing Joe Rogan to spread “false and societally harmful assertions” about the coronavirus and vaccination on the streaming platform that hosts his wildly popular podcast.

In an open letter published on Monday, more than 270 medical professionals urge Spotify to stop “enabling its hosted media to damage public trust in scientific research and sow doubt in the credibility of data-driven guidance.” 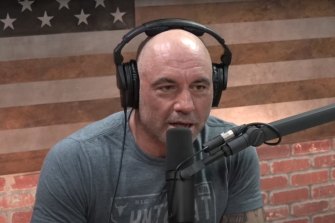 Joe Rogan is one of the superstars of podcasting.

Rogan, whose show reaches an estimated audience of 11 million people an episode, has repeatedly downplayed the need for coronavirus vaccines and used his platform to flirt with misinformation about COVID-19.

“Though Spotify has a responsibility to mitigate the spread of misinformation on its platform, the company presently has no misinformation policy,” the group wrote in the letter.

“Throughout the COVID-19 pandemic, Joe Rogan has repeatedly spread misleading and false claims on his podcast, provoking distrust in science and medicine.”

Although the coalition is not asking for Spotify to cancel The Joe Rogan Experience, the group is pushing for the company to do more to prevent further misinformation from spreading on what is considered the nation’s most popular podcast. 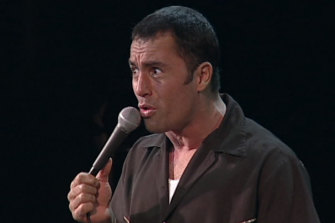 Katrine Wallace, an epidemiologist at the University of Illinois at Chicago’s School of Public Health who signed the letter, said that the group of medical professionals came together to “fight against this tidal wave of misinformation” broadcast on Rogan’s show.

“I actually think he’s a menace to public health because he speaks on things that have no scientific backing,” she said Friday. “I’m to that point now where if I don’t use my platform to advocate for public health, who is going to do it?”

Neither representatives for Rogan nor Spotify immediately returned requests for comment early Friday.

Spotify has previously removed other episodes from hosts on its platform who have spread COVID misinformation but have not done so with Rogan. Spotify has deleted 40 unrelated episodes of Rogan’s show from its service, including one featuring Alex Jones, who has pushed the false theory that the Sandy Hook Elementary School shooting was a hoax. 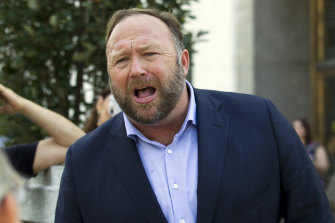 But Spotify did not pull an April 2021 episode in which Rogan actively discouraged young people from getting vaccinated, saying, “If you’re like 21 years old, and you say to me, ‘Should I get vaccinated?’ I’ll go ‘no.’”

“Spotify prohibits content on the platform which promotes dangerous false, deceptive, or misleading content about COVID-19 that may cause offline harm and/or pose a direct threat to public health,” the company said in a statement to the Verge last April. “When content that violates this standard is identified it is removed from the platform.”

The letter comes as misinformation around the virus and vaccination continues to spread throughout the United States. As the highly-transmissible omicron variant has surged in recent months, anti-vaccine influencers have pushed falsehoods in many corners of life, including the wellness world and pregnancy apps.

Rogan, a stand-up comedian and colour commentator for the Ultimate Fighting Championship, is a lightning rod with a huge following. Spotify acquired Rogan’s podcast library in 2020 in a reported $US100 million deal.

The podcast host has previously lambasted the push for mass vaccinations and vaccine requirements for event spaces. When Rogan announced in September that he tested positive for coronavirus, he said he was using a number of therapeutics and treatments, including the anti-parasitic drug ivermectin, which the Food and Drug Administration has strongly recommended against using to prevent or treat COVID.

Doctors and medical professionals who signed the letter took umbrage with one recent episode in particular featuring Robert Malone, a physician who bills himself as having played a key role in the creation of mRNA vaccines. Malone has since become a prominent sceptic of the coronavirus vaccines that have been crafted using the technology, often “promoting baseless conspiracy theories,” according to the coalition.

Malone used Rogan’s platform to promote “an unfounded theory that societal leaders have ‘hypnotised’ the public,” the group wrote, adding that the physician’s false claim has been debunked. 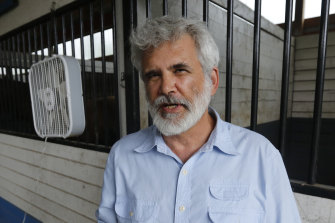 As a guest on Rogan’s show, Dr Robert Malone helped popularise an unfounded theory suggesting millions of people have been “hypnotised” into believing mainstream ideas about COVID-19. Credit:AP

“Notably, Dr Malone is one of two recent JRE guests who has compared pandemic policies to the Holocaust,” the letter adds. “These actions are not only objectionable and offensive, but also medically and culturally dangerous.”

Wallace said the decision to publish the letter came after some members in the group had difficulty reporting the Malone episode to Spotify. The epidemiologist said that specific episode from Rogan’s show was emailed to her by hundreds of people outraged at Malone’s falsehoods.

“All of us in the science world were sort of like, ‘What is going on?’ ” she said. “We realised that he has a platform this size, and there is nothing on Spotify that has a clear policy to moderate misinformation on the platform.”

The spread of misinformation on podcasts continues to be a challenge for companies like Spotify, said Valerie Wirtschafter, a senior data analyst at the Brookings Institution. Wirtschafter co-authored a report published this month that found how election falsehoods surged on political podcasts in the weeks before the January 6 riot at the US Capitol.

She said that the issue at Spotify over Rogan’s show is one that pits public health against economic incentives.

“It seems to me that Spotify tends to be a bit reactive instead of proactive when there is public attention and outcry, so having this group come together is a good thing,” she said. “I think that Joe Rogan is obviously a big culprit in this conversation about misinformation, but he’s not the only one. He’s far from the only one.”

Rogan’s critics cheered when the host was fact-checked on-air about vaccination by a guest on his show recently. When Rogan claimed on Wednesday there was more of an adverse risk of myocarditis, an inflammation of the heart muscle, in children who were vaccinated compared with those infected with the coronavirus, Australian media personality Josh Szeps said the opposite was true.

After Rogan asked a producer to “look that up,” they found an article published in the British science journal the New Scientist that supported what Szeps was saying.

“That’s interesting,” Rogan said. “That is not what I’ve read before.”

Some critics, such as epidemiologist Eric Feigl-Ding, noted how “the goal post moving of Joe Rogan after getting fact-checked live” was “incredible.”

Rogan took to Twitter late Thursday to address a clip of their exchange that had already been shared about 4 million times.

“If anyone was going to make me look dumb on the podcast I’m glad it’s @joshzepps because I love him, and he’s awesome,” Rogan tweeted. “That video is cringey, but it’s what happens when you stumble in a long form podcast when you didn’t know a subject was going to come up and you wing it.”

He concluded: “I’m sure I’ll stumble again in the future, but I honestly do my best to get things correct.”

De Blasio hasn’t seen ‘The Last Dance,’ but has been binging ‘Billions’

What was Daniel Radcliffe’s response to JK Rowling’s controversial transgender comments? – The Sun

Shocked trainer gives up £4,500 prize money after finding out on Twitter that runner-up horse had been disqualified