Britain’s Covid vaccine chaos: Doctors are forced to BIN doses ‘because people aren’t turning up for appointments’ and pensioners are having to queue for hours in the cold due to IT systems crashing

Britain’s coronavirus vaccination drive was hit by yet more chaos today after it was claimed that doctors are having to throw away doses meant for patients who didn’t turn up.

And elderly patients have been forced to queue outdoors in the freezing cold for their jabs because the NHS’s IT systems keep crashing.

It comes as the immunisation programme is being massively scaled up this week, with seven major vaccine centres opening this morning and Prime Minister, Boris Johnson, pledging to hit 200,000 jabs per day by Friday.

One hospital in London has had to bin doses of Covid vaccines because people aren’t turning up for their appointments, with staff reportedly phoning friends and family to rush in and use up leftover supplies, which only last for hours out of the freezer.

Meanwhile IT problems – known to be the health service’s Achilles heel – have led to patients having to queue outside for their vaccines while staff try to get systems working.

The British Medical Association said the programme being used to organise the jab schedules was running ‘unbelievably slowly’ and crashing.

There are at least another 1,000 sites across Britain giving out jabs made by Pfizer and AstraZeneca, with the Government aiming to vaccinate 13.9million of the country’s most at-risk people by the middle of February. 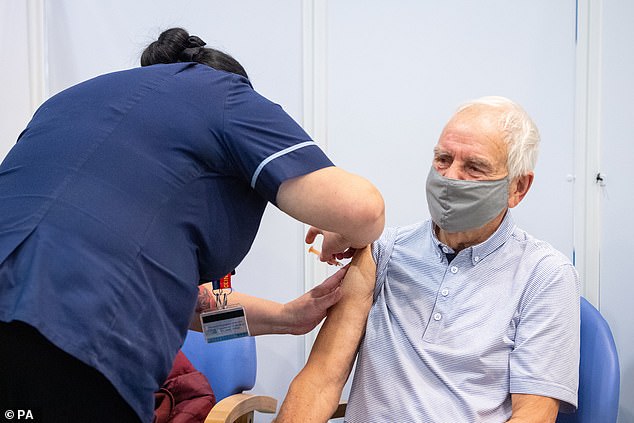 Covid vaccines are being offered to all elderly people in Britain in the next five weeks as the Government aims to get jabs to all those most at risk of dying from coronavirus by mid-February (Pictured: A man receives his jab at Epsom Racecourse in Surrey) 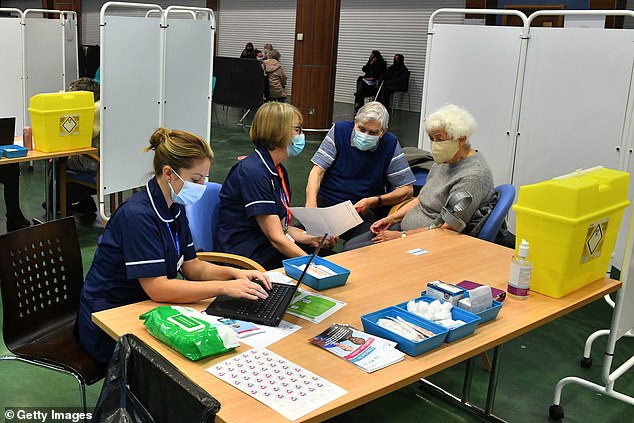 Medical workers are pictured with members of the public at the vaccination centre in Epsom, Surrey 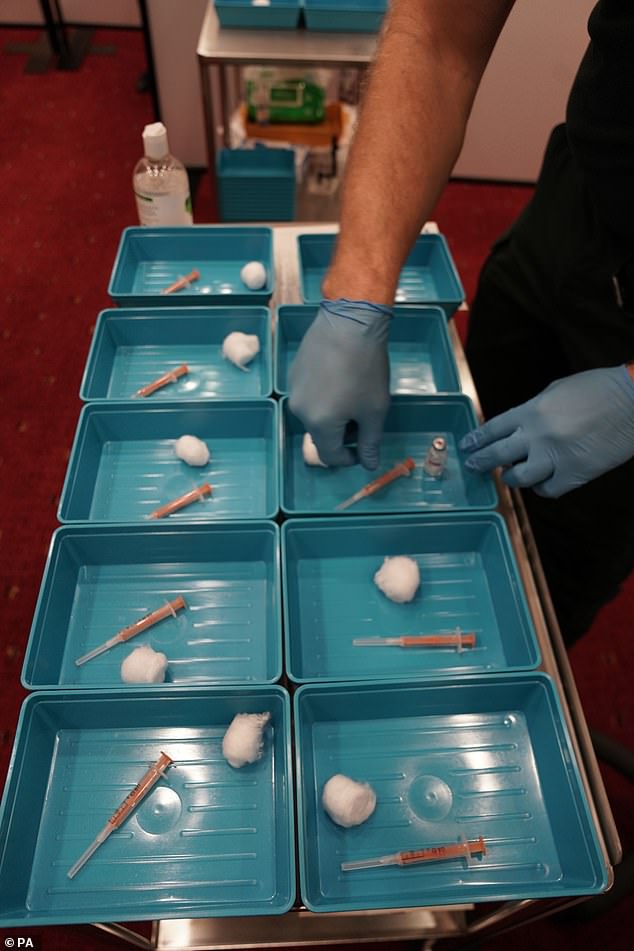 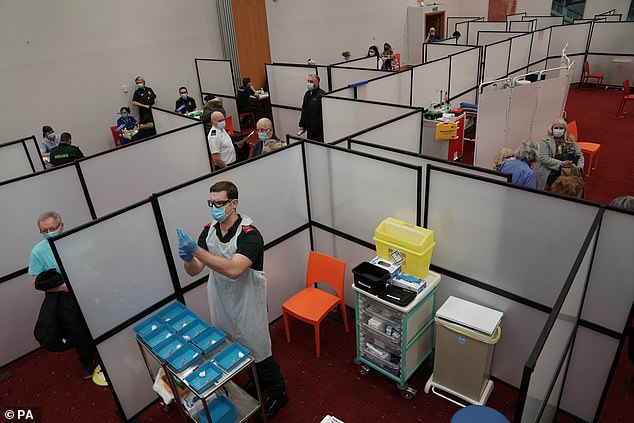 Seven mass vaccination centres have opened today in Newcastle, Manchester, Birmingham, Stevenage, Bristol, Surrey and Newham in central London (Pictured: The facility at the Centre for Life in Newcastle) 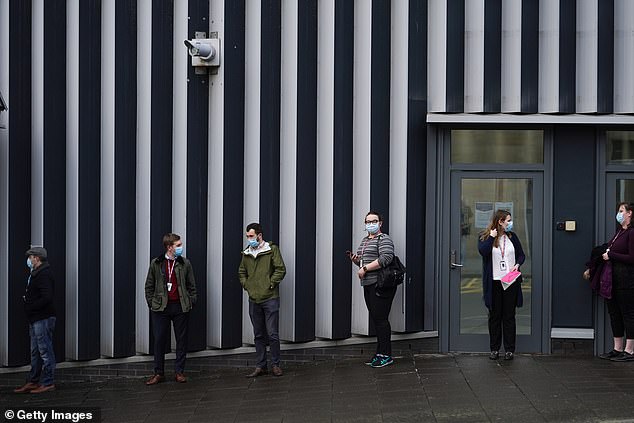 One nurse at a West London hospital, who spoke on condition she remained anonymous, said: ‘It’s happening all over London, and probably right across Britain.

‘Loads of people are not keeping the appointments their GPs have made for them.

‘The trouble is the vaccine has to be given or it has to be thrown away.

‘On Thursday night we had something like 45 people who were booked for jabs but didn’t turn up, and didn’t let us or their GP know in advance.

‘Had we known they weren’t coming, someone else could have been slotted in in their place.

‘We were left hanging around, and then when they didn’t show up, we were faced with the choice of throwing the vaccine away or trying to get it into someone’s arm.

‘I rang some friends and said ‘How quickly can you drop everything and get here? Other staff were doing the same.

‘Some people we rang were able to come in at short notice and they had the vaccine, but a lot of it had to be thrown away because we can’t keep it beyond a certain time.

‘I think it’s deplorable and a scandal that people are offered a slot and then just don’t turn up, and never get in touch.

‘I know from the grapevine it’s not just our hospital, it’s happening across London, and probably across the entire country.

‘We didn’t fell guilty calling friends and family – what else were we to do?

‘I know some of the friends who came in and had the jab went home and had a glass of champagne to celebrate.

‘They weren’t expecting to get the vaccine and suddenly they were called in.’

Opinion: Annika Sorenstam and much of golf world refuse to break from Donald Trump

Racing tips: Fresh off an 11-1 winner this 10-1 selection can hit the target at Wincanton