Donald Trump accuses Mitt Romney of ‘posing as a Republican’ in attack ad – but celebrities including Cher and Hailey Baldwin praise him for voting to impeach ‘vengeful, illiterate, limp’ president

Donald Trump has tweeted a video calling Mitt Romney a ‘Democrat secret asset’ after he went against his party in the impeachment vote – as celebrities praise the Utah senator for voting to convict the president.

Trump released the video several hours after he was found not guilty in the Republican-led Senate in his impeachment trial.

In the video, which bore resemblance to a political opposition ad, Trump accused Romney of being a Democrat spy.

In addition to calling him a ‘Democrat secret asset’, Trump also said Romney tried to ‘infiltrate’ his administration when he considered him for the position of secretary of state.

Trump, in a separate tweet, referred to Romney as a ‘failed presidential candidate’.

‘Had failed presidential candidate @MittRomney devoted the same energy and anger to defeating a faltering Barack Obama as he sanctimoniously does to me, he could have won the election. Read the Transcripts!’ Trump tweeted.

Trump’s attack on Romney came after the senator was the only Republican to vote to convict Trump on the abuse of power charge during his trial on Wednesday. 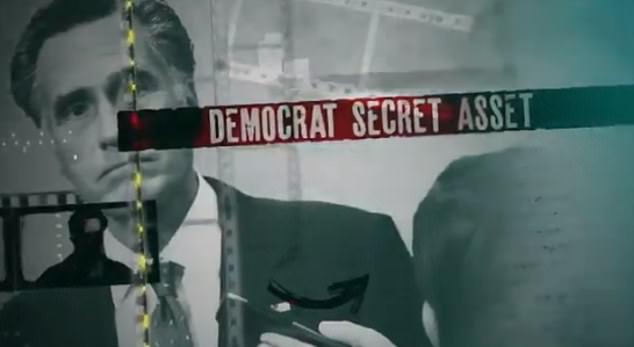 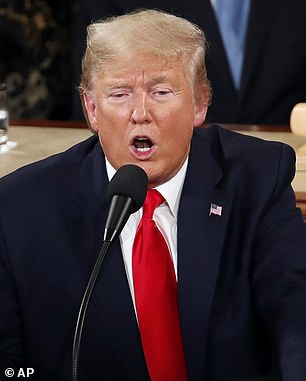 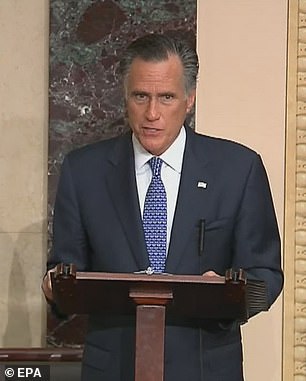 Romney gave a somber speech on the Senate floor just hours before the vote saying Trump was ‘guilty of an appalling abuse of public trust’.

He has since been praised on social media by a string of celebrities as a ‘Republican with honor’ and a ‘decent, courageous man’ as others slammed Trump’s acquittal.

Bette Middler, Alyssa Milano, Cher and Mark Hamill were among the celebrities  criticize Republican senators who they branded as ‘cowards and fools’ for siding with Trump.

‘Last night? Too bad Nancy didn’t tear that speech into little, teeny, tiny pieces and throw that blizzard of lies right back in his face!’

Actress and activist Alyssa Milano, an outspoken critic of Trump, added praise for Romney while bashing the remaining Republican senators: ‘Thank you for doing what’s right, @MittRomney. History will remember you as a decent, courageous, man among cowards and fools.’ 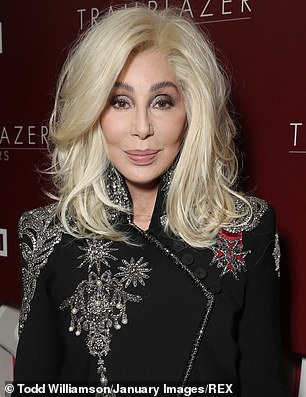 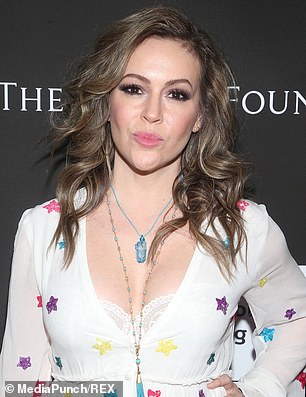 Cher called President Trump an ‘imitation of a man’ as she criticized his acquittal. Actress and activist Alyssa Milano tweeted that Senator Romney was ‘courageous’ for choosing to vote to convict Trump of the abuse of power charge at his impeachment trial 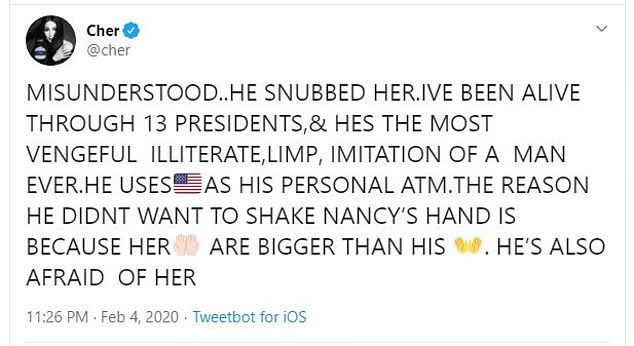 Comedian Chelsea Handler wrote that Republican senators were ‘an embarrassment’ for ‘voting for more coverups, and more crimes’ while singer Cher went directly for Trump saying that he is ‘the most vengeful illiterate, limp, imitation of a man ever’.

In an earlier hit, Handler joked that only milk and water were allowed in the impeachment trail chamber as Mitch McConnell may have wanted to make White Russians but there were ‘already enough of those in the room’.

‘I’d like to thank the Democratic senators who face tough re-election races in states that Trump won who, like Mitt Romney, voted to do the right thing and convict this criminal of a president. They are examples of courage and principle over politics as well’ he said.

Takei had tweeted some days previous about the GOP-run Senate claiming that they hoped to ‘suppress the truth’.

‘Thank you demonstrating at this trial what integrity looks like, Senator Romney,’ wrote George Takei, adding praise for Democratic senators who made an 11th hour decision to vote along party lines despite facing tough reelection races.

Hailey Bieber and her father Alec Baldwin added their voices to the criticism with Bieber adding ‘can not believe this’ while sharing a story announcing the acquittal to her Instagram story. 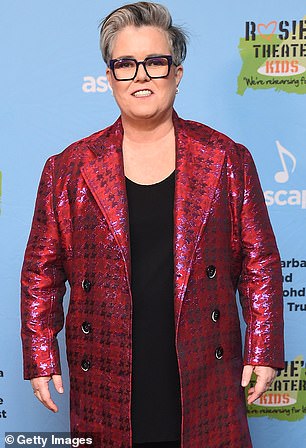 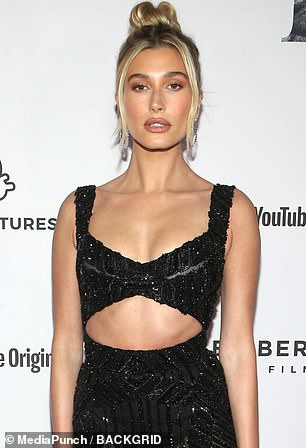 Rosie O’Donnell called Romney ‘one republican with honor’ after he voted to convict Trump. Hailey Bieber was among the angry celebs who mourned the impeachment result 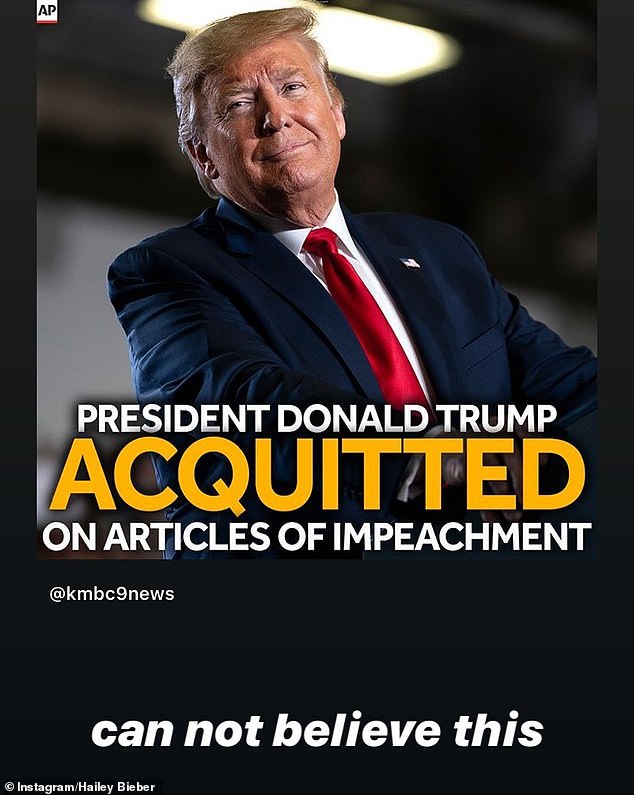 Singer John Legend, whose wife Chrissy Teigan has an ongoing online feud with Trump, both praised Romney and expressed disappointment about the Presidential Medal of Freedom awardees during Trump’s term as president.

On Tuesday night, Trump awarded the medal, regarded as the highest civilian honor in the US, to conservative radio host and staunch ally Rush Limbaugh.

Limbaugh was invited to the address by Trump to sit in the First Lady”s box after announcing an ‘advanced lung cancer’ diagnoses on Monday. The president called on his wife Melania to present the honor to a visibly emotional Limbaugh who appeared shocked by the moment.

Star Wars actor Mark Hamill claimed that the outcome would have been different if the vote was secret, praising Romney for putting ‘country over party’.

Filmmaker Michael Moore had some choice words for Trump’s defense team who he claimed were ‘stupid & bombastic & disorganized’ despite succeeding in his acquittal.

‘Trump is watching this and he’s got to be steaming’, Moore wrote, ‘ because even he’s not that dumb to not see how bad they are.’

Seinfield actor Jason Alexander mourned that ‘tragically for our country, it was just a  dream’.

He wrote: ‘I thought deep down that conscience and integrity would move them when the moment of and for truth arrived.’ 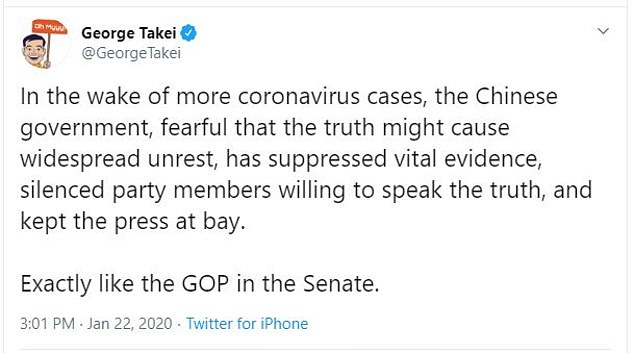 Romney critics were also active with Trump counselor Kelly Anne Conway reminding her followers that the senator ‘is not president’ and that he lost his 2012 presidential campaign against Barack Obama.

Trump himself celebrated his acquittal with cocky meme, despite Romney denying the president bragging rights for perfect GOP support.

Trump’s eldest children were quick to celebrate his victory with Ivanka tweeting a picture of herself standing in front of an American flag wearing a USA hat.

The first daughter added that the ‘best was is yet to come!’

‘This factional fever and incoherent, ill-conceived process has finally ended and the President has rightfully been acquitted. It is time for our Country to move forward. Together,’ she wrote on Twitter.

‘POTUS has accomplished so much and is just getting started.’ 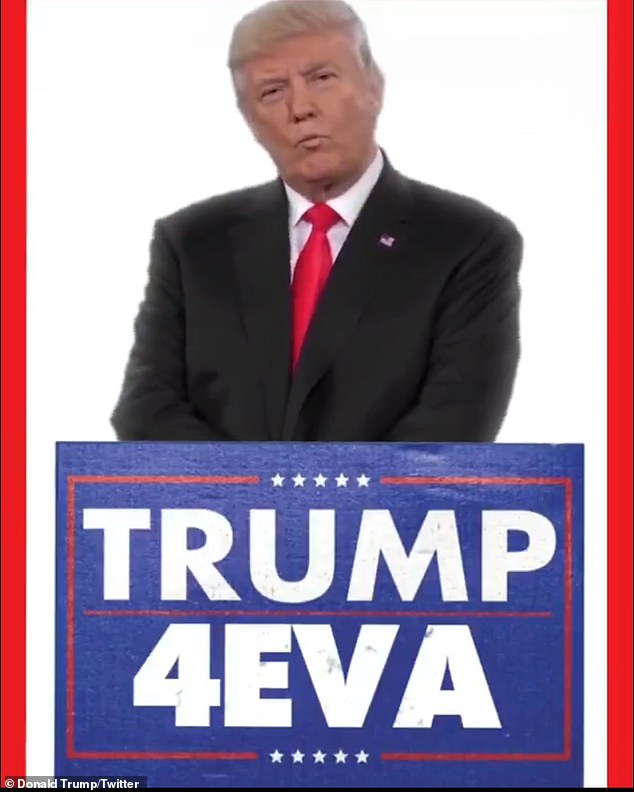 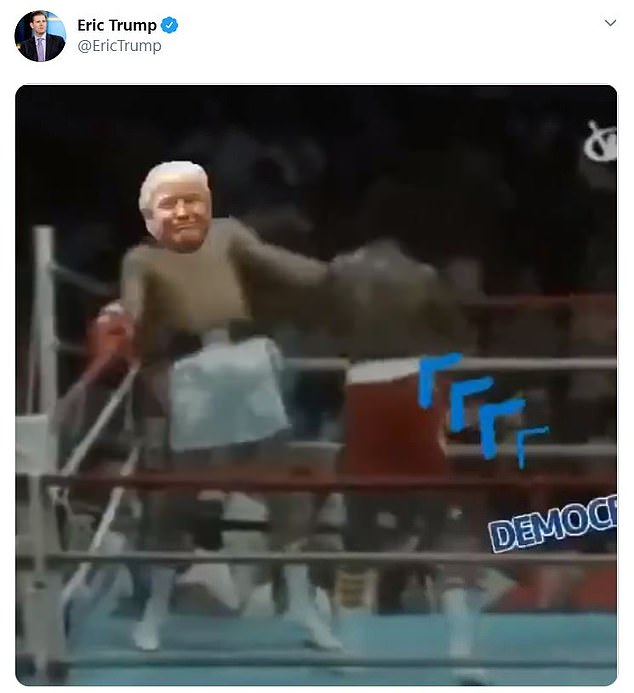 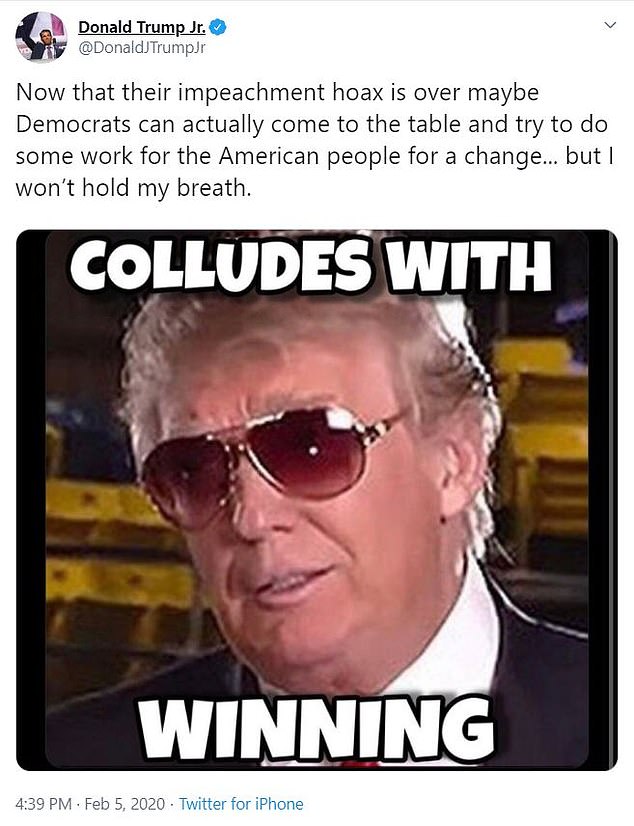 Don Jr. posted a meme showing Trump wearing sunglasses with the phrase ‘Colludes with winning’ scrawled across it 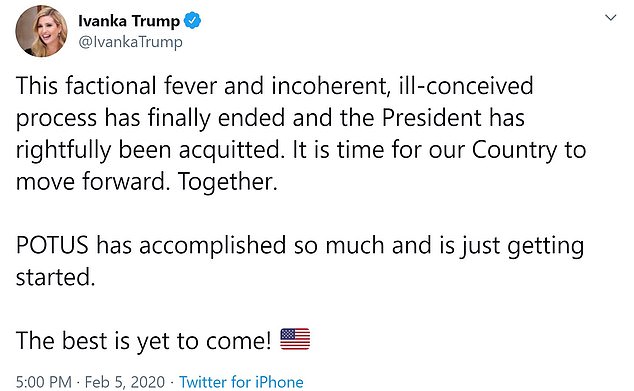 The words ‘because you’re a p**sy’ were written below the image.

In the caption, Trump Jr. called for Romney to be expelled from the Republican Party.

‘Mitt Romney is forever bitter that he will never be POTUS,’ Trump Jr. wrote.

‘He was too weak to beat the Democrats then so he’s joining them now. He’s now officially a member of the resistance & should be expelled from the @GOP.’

The short clip had Trump’s head superimposed over Ali as he ducked and avoided punches from Foreman who had an arrow pointing towards him with the word ‘Democrat’.

Teacher runs down street to alert parents of an approaching tornado