London: The chair of the British parliament’s committee for the media and tech says Facebook’s “irresponsible” decision to cut off news and official government feeds for Australian users constitutes “bullying” and will unite legislators from around the world into wanting to curb Big Tech’s abuse of its monopoly.

The Australian government has expressed shock and outrage at Facebook’s decision to cut Australian users from posting and sharing news content, as well as wiping the posts of government authorities, MPs and even charities. 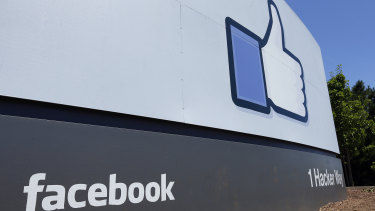 Facebook has taken a hard line with Australia over its media bargaining code.Credit:AP

The Silicon Valley giant took the action to protest the proposed media bargaining code, which would force the social media company to pay Australian media organisations tens of millions of dollars in recognition of the news content they share.

Facebook’s actions are in stark contrast with Google, which has struck deals worth tens of millions of dollars with media companies Nine (publisher of this masthead), SevenWest and NewsCorp in recent days, ahead of the code’s introduction.

Julian Knight, a Conservative MP who chairs the Commons Digital, Culture, Media and Sports committee which is examining the issue of online harms and disinformation, said he was “stunned” by Facebook’s “irresponsibility” and that it had exposed the company’s worrying true intentions.

Speaking exclusively to The Sydney Morning Herald and The Age, he urged the Australian government to hold firm against Facebook CEO Mark Zuckerberg’s bullying, which he described as “90 minutes of own goals – continuous.” 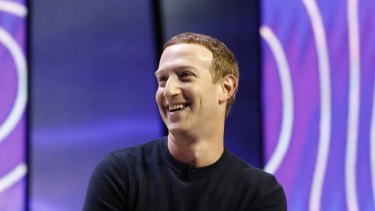 “I’m almost speechless actually, at the crassness of the decision, and if it does emanate from Mr Zuckerberg then I suggest to him that he ought to change his mind in double quick time because it’s unacceptable,” he said.

“I can’t think of any politician that won’t react in a very bad way to what Facebook has done.”

Knight said he was also “really concerned” about what the move said about Facebook’s real approach towards democratically elected governments.

“So I call on Australia to stand firm and not to give way in any respect because the truth of the matter is if they bully Australia in this, they’re going to bully everyone else so just don’t let them bully you.”

Knight said Facebook’s pledge to work co-operatively with governments to ensure social media doesn’t undermine democracy following the Cambridge Analytica scandal had been proved hollow with its response to the Australian government’s proposed law, which is due to be passed by the Senate in coming days.

“At the very first challenge I’m afraid they failed the test,” Knight said.

Knight said British MPs were watching “very closely” how Australia’s world-first legislation was being enacted but stopped short of endorsing the Australian-model for the UK although praised it as “brave.”

“We often find competition law is a better way for going about this,” he said.

Kevin Brennan, a Labour MP who sits on the committee said Facebook had exposed its own double standard.

“On one hand Facebook claims it can’t stop an Australian terrorist live-streaming a massacre but in a single change to its algorithm can cut of every Australian news organisation and a host of essential government services.

“This aggressive approach by Facebook towards Australia should serve as a warning to other countries that the market power they have acquired through the harvesting of people’s data can undermine the democratic right of nations to frame their own laws and raise their own taxes.

“The Battle of Zuckerberg is a battle to defend democracy against big tech bullying,” he said.

The case is also being watched closely in Europe. The EU has signalled it may be prepared to pursue similar measures to force the tech companies to pay for news content.

Britain has established a Digital Markets Unit to enforce a new code to govern the behaviour of Big Tech companies like Google and Facebook. However, it has not recommended making the digital companies hand over sums of cash to established media organisations.

A spokesperson for the Department of Digital, Culture, Media and Sport said: “It is vital people can access accurate news and information from a range of sources, particularly during a global pandemic.

“We encourage Facebook and the Australian government to work together to find a solution.”