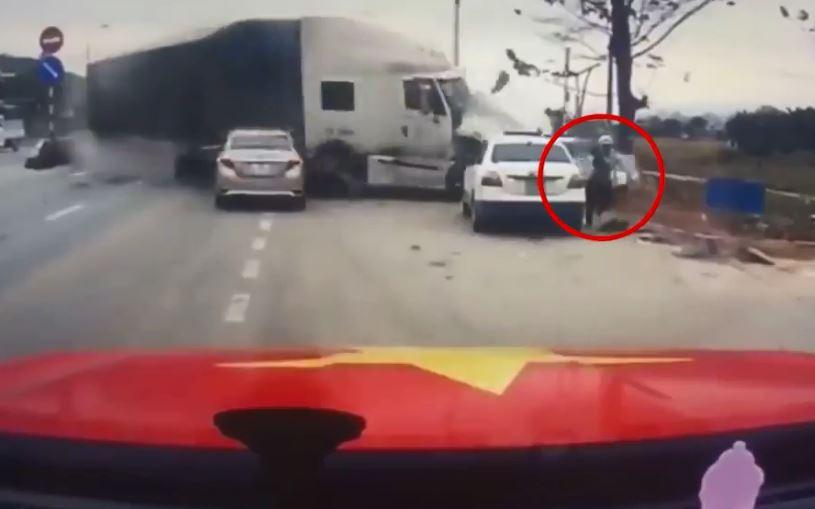 The clip shows a silver Toyota exiting a junction, while the mum gets out of her white car she’s just parked on the side of the road, and take her baby out.

All of a sudden a truck and trailer travelling in the opposite direction smashes through the concrete barrier, tearing it apart as it bumps over it, and swings onto the other lanes of the dual carriageway.

The truck driver manages to initially miss the driver of the silver vehicle – seemingly by inches – while it continues careering to the side of the road, where the mum is parked.

It crashes straight into a car parked in front of her, while the mum can be seen frantically trying to escape. 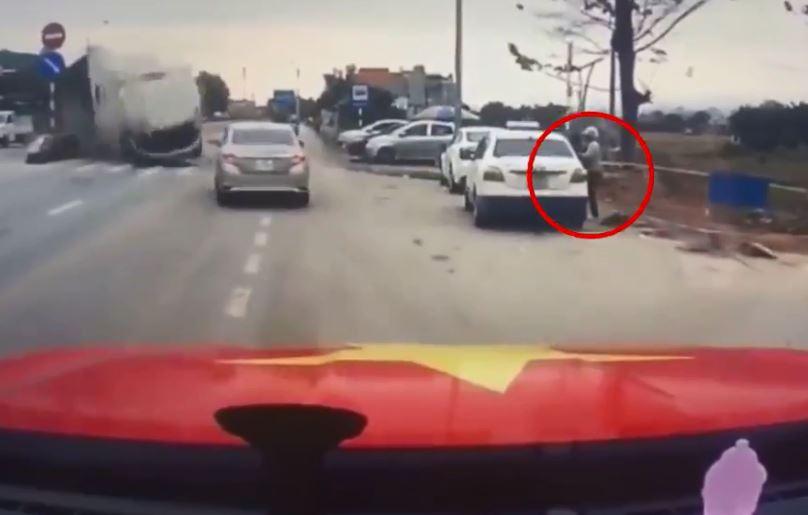 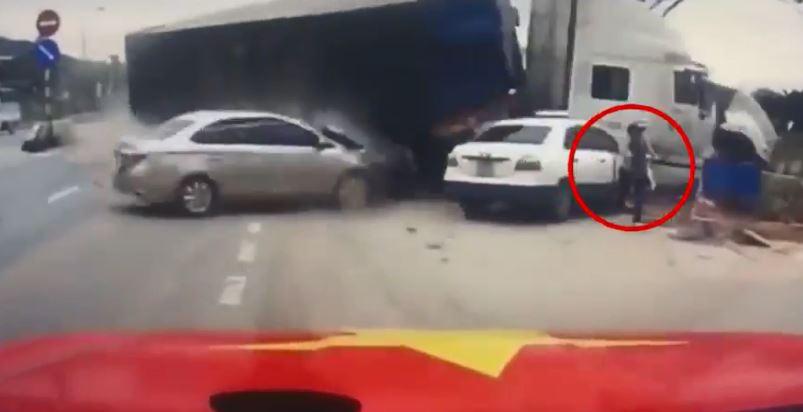 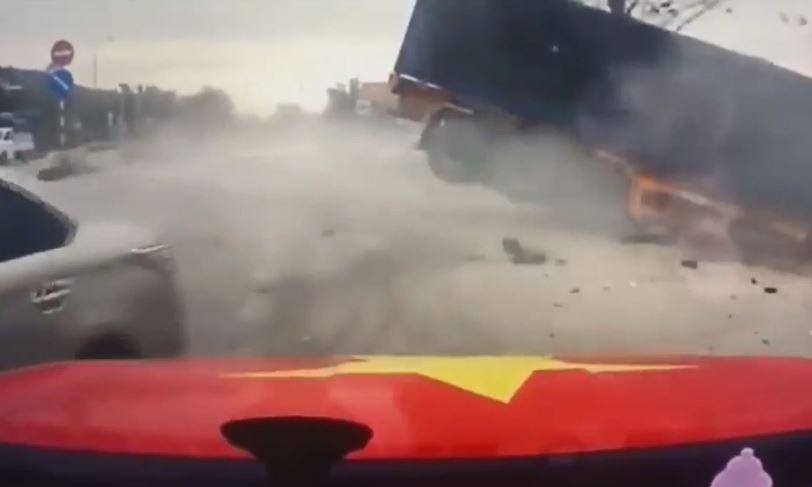 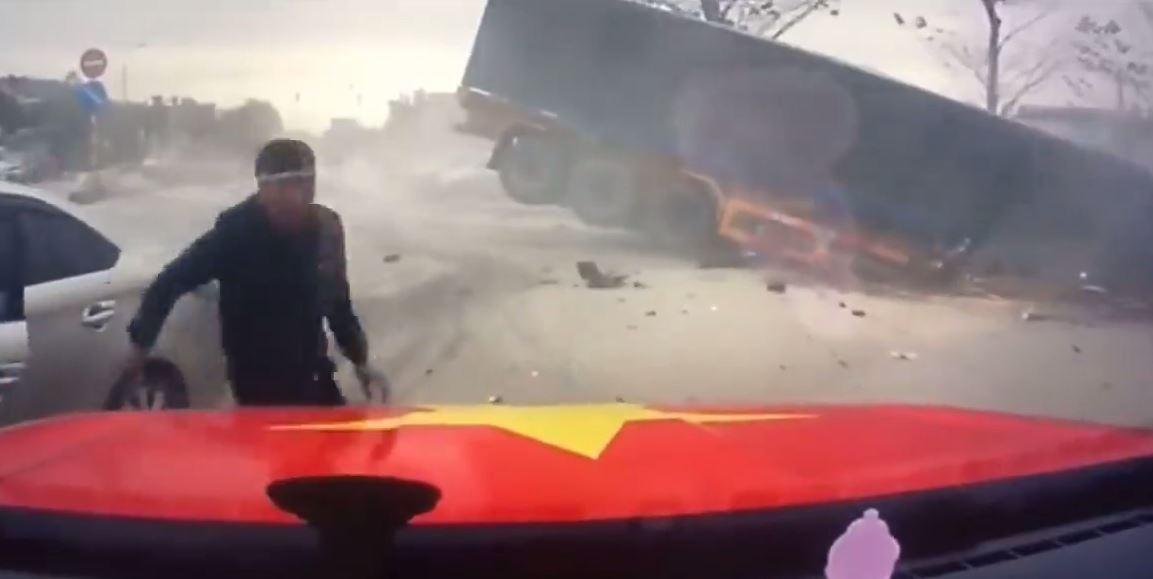 But the impact of the collision means the trailer swings around and crumples the bonnet of the silver car, while also knocking into the mum’s vehicle.

In a moment of sheer luck, the mum, clutching her baby close to her chest, runs away, as one of the vehicle is shunted close to her, and debris from the smashed vehicles fly into the air.

Kenh14 reported that the crash occurred in front of the Quang Ninh Hospital on Highway 18 in Ha Long City, on Vietnam's northern coast.

The container truck apparently tried to swerve around a lorry in front of it.

Three vehicles were severely damaged as result, and one ended up in a muddy roadside pit from the force of the shunt.

Amazingly, the male driver of the silver Toyota managed to open his door to escape.

Kenh14 said that although no injuries were reported, the crash caused traffic jams.

Officials are investigating the collision.

Afghans wait at US bases while worrying about family left behind

Boy, three, who died after falling into a canal as he fed ducks was 'sucked into weir' despite mum trying to save him