Victoria’s tourism sector is preparing for a winter holiday rush that is regarded as crucial to the survival of many operators, amid optimism that Melburnians will regain the freedom to travel from next week.

But the industry has lamented the restrictions that will remain in place for Melbourne during the Queen’s Birthday weekend. 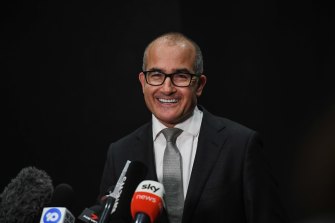 Melbourne’s extended lockdown in 2020 laid waste to the winter holidays for many tourism operators. The ski season was severely curtailed at alpine resorts.

The ski resorts will open to residents of regional Victoria this weekend but travel restrictions remain in place for Melbourne.

Acting Premier James Merlino said he expected restrictions would be eased further next week, allowing Melburnians to travel beyond the 25-kilometre limit if health authorities gave their approval.

“The expectation is that from Thursday night, next week, we’ll be in a position where we can bring Melbourne and regional Victoria much closer together,” he said.

“That would mean the travel restriction in terms of the 25-kilometre [limit], that would go.”

Mount Baw Baw general manager Andrew Tingate said the planned easing of restrictions for Melbourne meant the resort would be able to open up full services for the school holidays, which begin on June 28.

“It will be very positive for us,” he said.

But for the coming weekend the resort will have only two of its seven lifts operating. 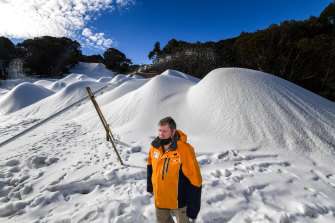 Mr Tingate said school holidays were a critical time for the resort, as Melburnians accounted for up to 80 per cent of visits to Mount Baw Baw.

“The resort here has a lot of beginner, intermediate and novice terrain, so it’s good for kids,” he said.

Last year the resort was open for 42 days of the snow season, compared with 45 days at Mount Buller and four days each at Falls Creek and Mount Hotham.

Tourism North East chief executive Bess Nolan-Cook said the winter school holidays marked the start of the September quarter, which was the busiest for tourism businesses in Victoria’s high country.

She said businesses would now be preparing for a busy winter following the state government’s announcement.

“It’s crucial to their survival that they have a strong winter season,” Ms Nolan-Cook said.

But she said the absence of Melburnians would be felt this weekend.

“Every time we lose a long weekend it’s certainly a blow to the visitor economy,” she said.

Falls Creek Resort Management spokeswoman Sarah Watt said she hoped Victoria’s public health measures would enable Melbourne residents to visit the resort during the school holidays but would wait for further notice before confirming this could occur. 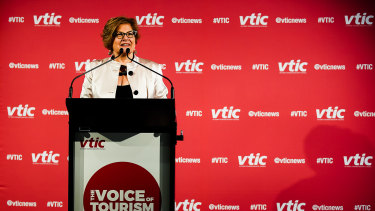 Victorian Tourism Industry Council chief executive Felicia Mariani said there was a collective sigh of relief across the sector on Wednesday when the state government said Melbourne’s restrictions would be eased.

“The past two weeks have been debilitating for tourism, events and hospitality businesses with the extended shutdown they’ve had to endure,” she said.

Ms Mariani said the sector needed to get back as quickly and safely as possible to the settings in place before the latest lockdown.

Mornington Peninsula mayor Despi O’Connor said she hoped Melburnians would abide by the 25-kilometre rule and avoid an influx to the popular tourism region over the coming week.

“I am worried about it and I just hope that people can stay in their bubble and look out for everybody,” she said.

'Innocent' trucker is tortured and killed by vigilante parents