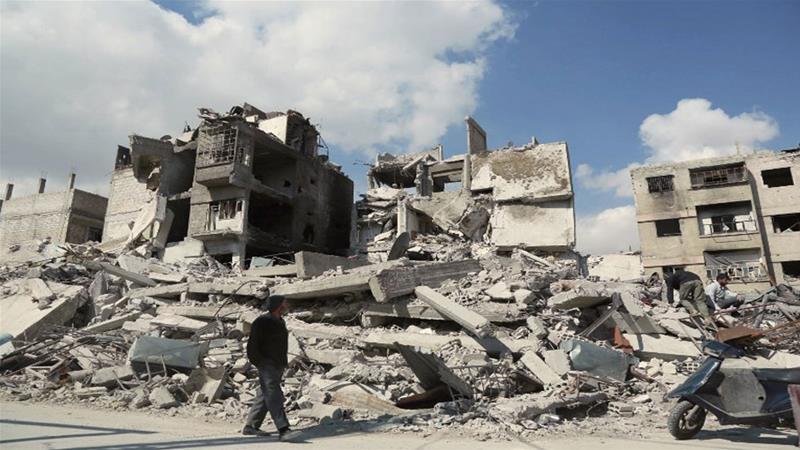 As many as 674 civilians have been killed in nearly two weeks by the continuous air attacks on the Damascus suburb of Eastern Ghouta, a Syrian volunteer group has said.

The Syrian Civil Defense, also known as the White Helmets, said on Friday that more than 670 people have been killed since the Syrian government, aided by Russia, launched an air offensive on the largely rural area outside the capital on February 18.

Eastern Ghouta, home to nearly 400,000 people, has been besieged by the Syrian government since opposition groups took control of the area in mid-2013.

The aerial bombardment has drawn international condemnation, but a 30-day ceasefire unanimously voted for by the members of the United Nations Security Council last Saturday has largely failed to hold, as air raids have continued unabated.

“Since the so-called ceasefire up until now, 103 people have been killed,” said Mahmood Adam, a member of the White Helmets – a 4,000-strong volunteer group.

“The systematic targeting by Syrian and Russian aeroplanes of residential areas in Eastern Ghouta has not stopped,” he told Al Jazeera.

Residents have expressed their mistrust in the “five-hour daily humanitarian pauses”, proposed by Russia, which supposedly would create “humanitarian corridors” to allow the evacuation of those seeking medical treatment and the entry of aid convoys.

Yet so far, not one aid convoy has been able to enter, and residents say that there is no guarantee of their safety in the event they chose to evacuate the area.

“The people of Eastern Ghouta mock the news of exit corridors – they did not believe it for a second because they have lost all confidence in the regime’s credibility – particularly because the shelling has not stopped, and neither the Russians nor the regime have expressed any seriousness in keeping civilians out of the war,” Abdelmalik Aboud, an activist from the town of Douma, earlier told Al Jazeera.

Thousands of families have been forced to take cover in basements or makeshift underground shelters due to the intensity of the bombardments and shellings.

Speaking to a local Syrian news agency, residents of Eastern Ghouta said these shelters still do not give them security and safety.

A man who gave his name as Abu Anas, said that he and his family were forced to go to a shelter in Douma after the area he lived in with his family was hit by shelling.

One missile hit the entrance of the shelter they were staying at, resulting in a number of injuries.

“These shelters are overcrowded and lack basic amenities,” Abu Anas said, after moving his family to another one. “They are not stocked with food and water, and most people do not even have clothes.”

Omar, who only gave his first name, is from the town of Hazza. He said that while the young men try to offer some comfort to the elderly, particularly those who suffer from various ailments, the conditions of these shelters are “difficult”.

“We go for days without food, and I cannot provide my mother with the medicine she needs,” Omar said.

There are also no toilets in the shelters. Despite the risks to their lives, Omar said he must carry his mother out and into one of the nearby houses whenever she needs to relieve herself. 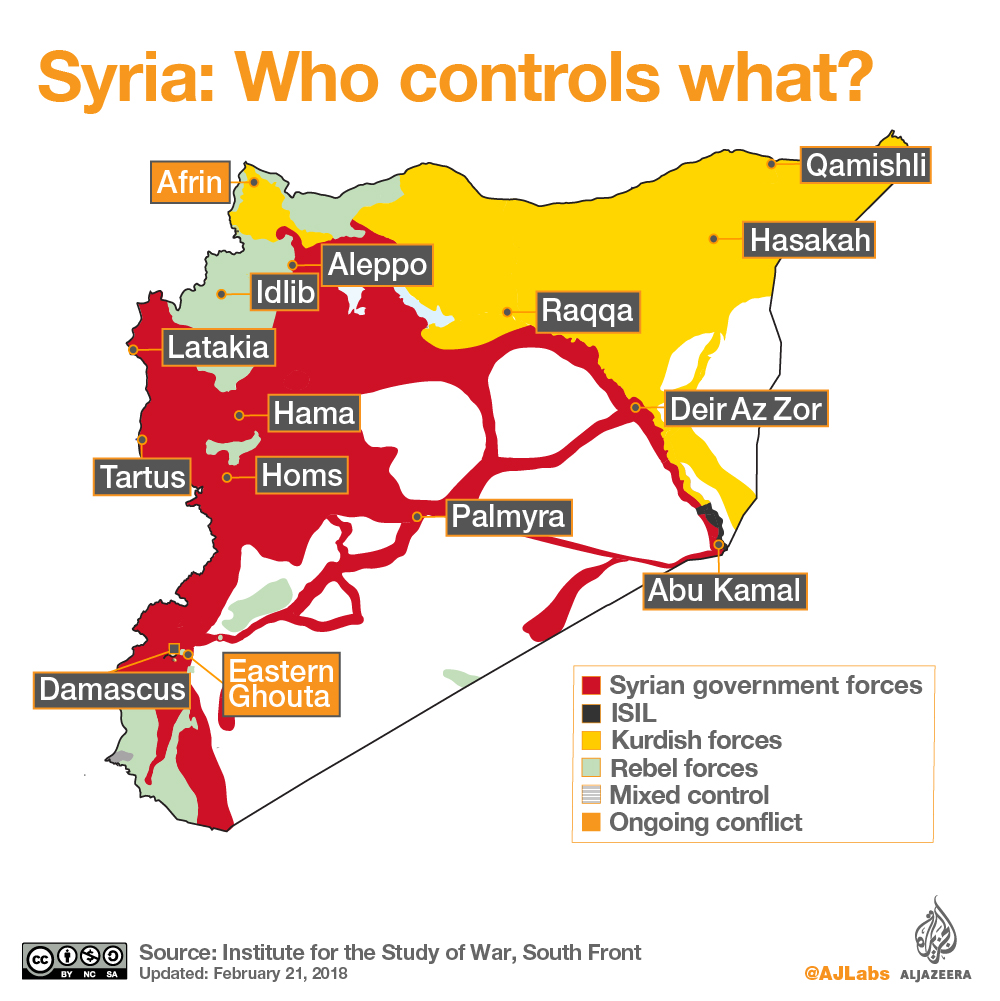 Stalker planted Apple AirTag on me in a bar & followed me for FIVE HOURS to my home, says terrified model Brooks Nader