ECO-PROTESTERS this morning blocked the Port of Dover – despite the nationwide trucker shortage.

Cops attempted to drag the Insulate Britain mob away from the busiest port in Europe as they brought freight lorries grinding to a halt. 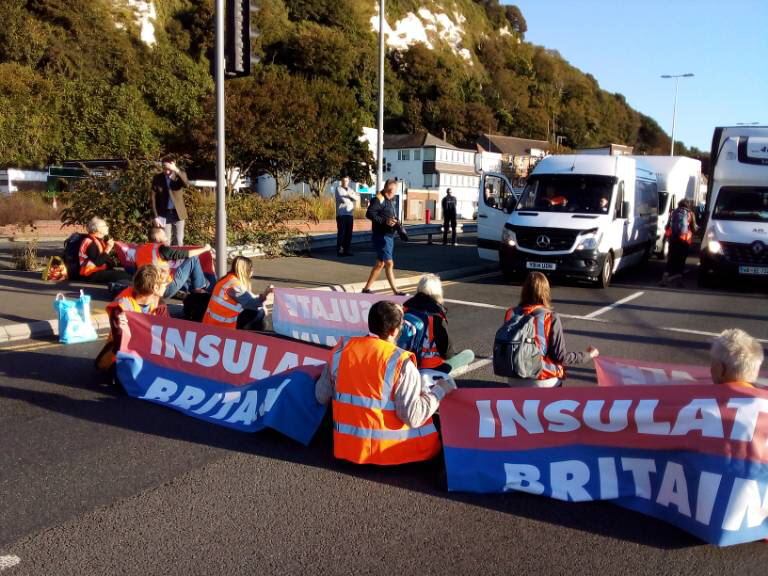 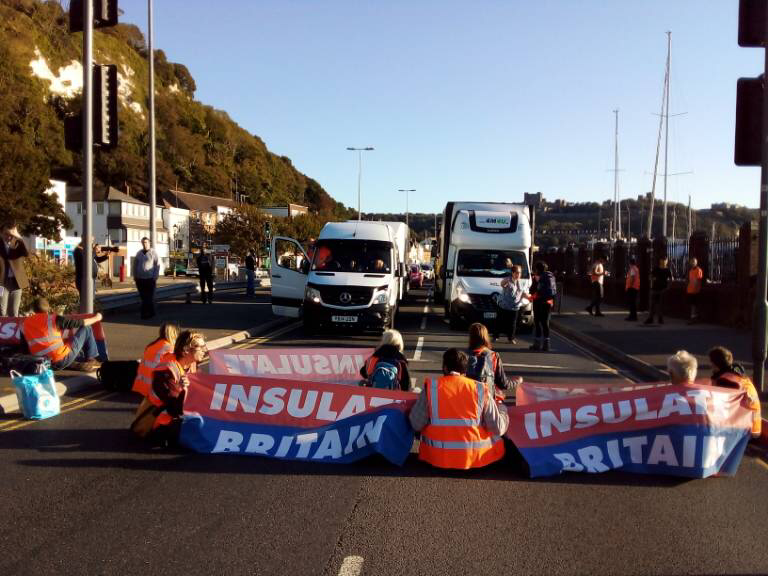 Around 40 activists targeted the A20 at the Eastern Docks roundabout in Kent, as well as the junction with Union Street for the Western Docks.

A spokesperson for the group apologised for "the disruption we are causing" – but the protesters plonked themselves on the road anyway.

It follows more than a week of motorway demonstrations, sparking four-hour delays.

The group is demanding the government immediately promises to fully fund the insulation of all social housing in Britain by 2025.

It also wants ministers to agree to produce, within four months, a legally binding national plan for a low carbon retrofit of all homes by 2030.

An Insulate spokesperson today said: "We are blocking Dover this morning to highlight that fuel poverty is killing people in Dover and across the UK.

"We need a Churchillian response: we must tell the truth about the urgent horror of the climate emergency.

"Change at the necessary speed and scale requires economic disruption.

"We wish it wasn't true, but it is. It’s why the 2000 fuel protests got a U-turn in policy and gave Blair his biggest challenge as Prime Minister."

They added: "We are sorry for the disruption that we are causing.

"It seems to be the only way to keep the issue of insulation on the agenda and to draw attention to how poorly insulated homes are causing ill health, misery and early death for many thousands of people.

"We are failing the country’s cold hungry families and the elderly and placing an enormous burden on the NHS.

"Insulating our leaky homes is one of the most cost effective ways to reduce carbon emissions and it has all these additional benefits – reducing fuel poverty, creating jobs, reducing the burden on the NHS and protecting people from overheating during future heat waves.

"It's a no-brainer. Boris just needs to get on with the job."