Women could be tempted to get unnecessary fertility treatment or be lured into a false sense of security about how long they will be fertile by claims made on many IVF clinic websites about the so-called egg timer test.

The anti-Mullerian hormone (AMH) test is offered as a way for women not experiencing infertility to learn about “the number of fertile years they have left” and as “a snapshot early on so a decision can be made on when to start trying for a baby and when to access fertility treatment”, research by experts from several Australian universities found, but many of the claims were not evidence-based. 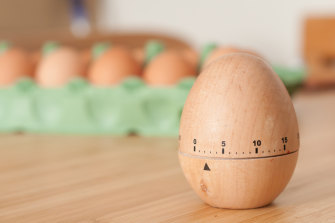 The so-called “egg-timer” test is being promoted as being able to predict future fertility for women who are not experiencing infertility.Credit:Shutterstock

The researchers said would-be parents might also be prompted to have costly and invasive egg-freezing procedures based on common statements on Australian and New Zealand fertility clinic websites, which suggest the test could gauge a woman’s fertility and predict the age of menopause.

The results could cause women with no need for fertility treatment to consider it, or believe they had time-pressure on their fertility decisions, said Dr Tessa Copp, senior research fellow at the University of Sydney’s School of Public Health, who was involved in the research. 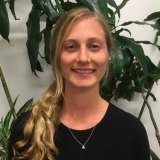 Dr Tessa Copp warned that women should not consider the AMH test an accurate guide to the quality of their ovarian reserve.

“The biggest concern is this test is being marketed to women who just want reassurance their fertility is normal; the tests will not be able to tell them anything in this situation about their current or future fertility,” Dr Copp said.

Some websites carried persuasive arguments such as “information is power and lets you take charge of your fertility”. This suggested it could help women “plan their reproductive timeline”, when in fact it had no ability to predict successful conception naturally or by IVF.

The test was useful to predict existing fertility treatment patients’ response to fertility medications, but could not reveal egg quality, which was more relevant than egg quantity.

“Some websites didn’t include any of the limitations of the test but had quite incorrect, overstated or misleading statements about the test’s ability to reliably predict fertility,” Dr Copp said. “Some included persuasive statements actively promoting the test as empowering women.”

Of 29 fertility clinic websites studied, nearly one third (32 per cent) stated information such as “if you are planning on having children one day, it’s worth considering the egg timer test”.

Monash University obstetrics and gynaecology professor Ben Mol, who was also one of the researchers, said he referred to AMH as “anxiety making hormone” and said the egg timer test “is not going to help you making the decision [about family planning] … it stresses unnecessarily and is really not a helpful test for the purpose it is offered”.

The research, published on Thursday on the BMJ Open, noted that in 2019 the American College of Obstetricians and Gynaecologists advised against the AMH test for women without a diagnosis of infertility and said it should not be used to counsel women about their current or future fertility.

It warned “women who use the AMH test to plan timing of pregnancy may get a false sense of security about delaying pregnancy if their level is in the normal or high range and give women with low readings unwarranted anxiety about their ability to conceive”.

This could increase women’s perceived need to freeze their eggs, “try to conceive earlier than they had planned or pursue fertility treatments when it may not be needed, increasing the risk of healthy individuals receiving unnecessary fertility care”.

Clinics could benefit from women’s decisions after getting the result of the test.

Melbourne University researchers are examining how the wellbeing of women who take the AMH test is affected and how it may influence their family planning choices and actions.

A 39-year-old Melbourne woman, who did not wish to publish her surname, told The Age she took the test when she was 33 and received an AMH result of three, suggesting she had very low ovarian reserve for her age.

“I was really distressed by it. I thought if this is what was happening for me at 33, what are my chances of having a baby?”

After several years of IVF, she conceived twins naturally at age 37 on a break from treatment.

“It made me realise that the AMH result was potentially very misleading. When I did some research I discovered it wasn’t a very reliable test and didn’t really measure my egg quality. If I could ovulate two eggs in one month that both fertilised and went on to create healthy babies, then the AMH test was not a true measure of my fertility.”

Devora Lieberman, medical director of the City Fertility group and a collaborator on the research, said the AMH test was helpful in predicting how many eggs a woman might expect during IVF or egg freezing but “doesn’t tell us anything about the quality of the eggs, and can’t reliably estimate when menopause will happen”.

“I’d advise against getting the test out of curiosity – if the level is lower than expected, this can lead to unnecessary panic,” she said.

Victorian Assisted Reproductive Treatment Authority chief executive Anna MacLeod said she expected clinics to follow the Reproductive Technology Accreditation Committee code of practice, which states clinics “must provide patients with information that is accurate, timely, in formats and language appropriate to the patient”.

“Given clinic websites are a primary source of information about fertility for women, it’s important they include transparent, evidence-based information so women can make informed decisions,” Ms MacLeod said.

“Other studies have shown that there is room for improvement in the information provided on some fertility clinic websites in Australia and New Zealand.”

Talking about race, religion or sex over dinner table at home could become a HATE CRIME