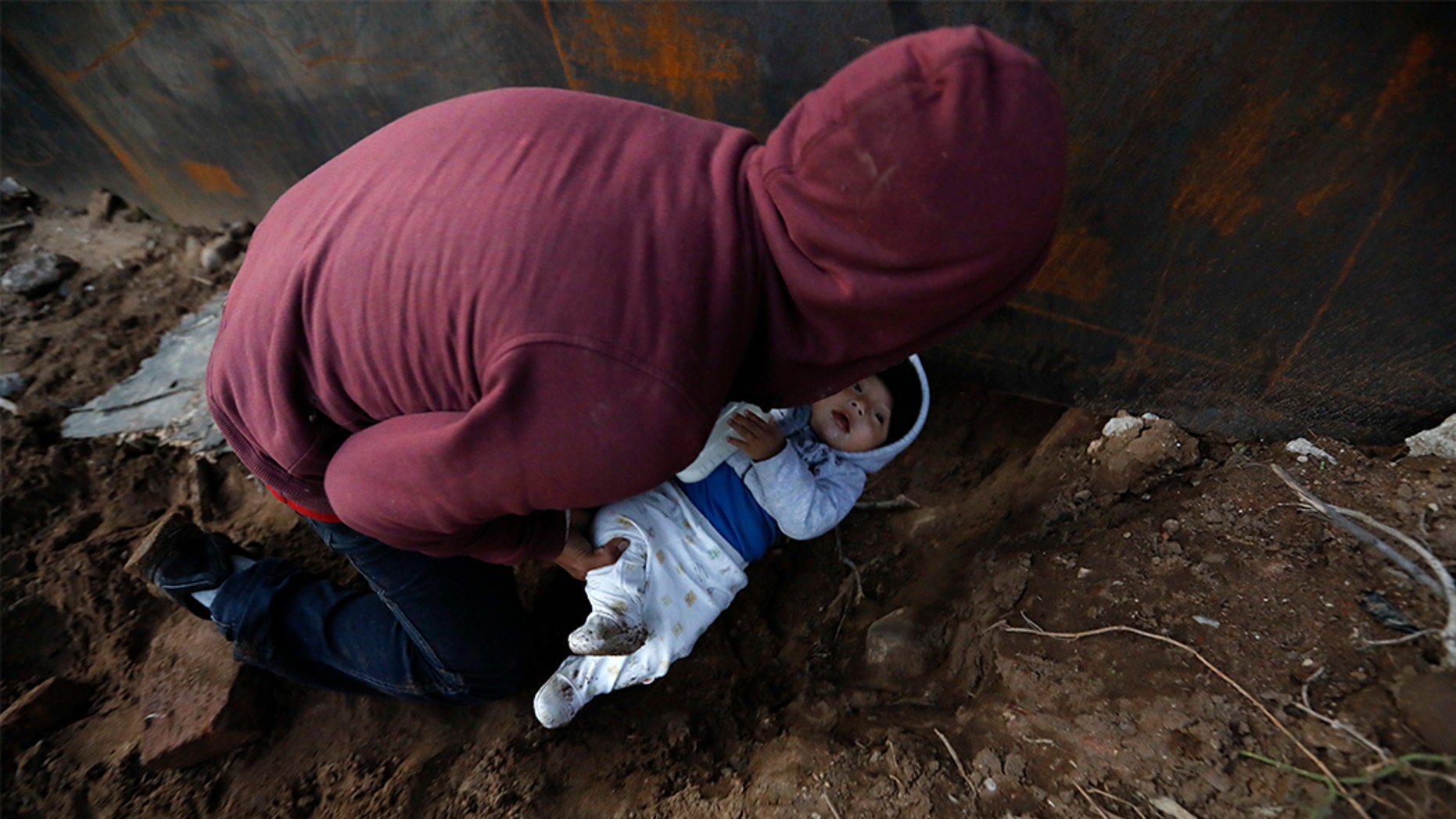 Honduran migrant Joel Mendez, 22, passing his eight-month-old son Daniel through a hole under the U.S. border wall to his partner, Yesenia Martinez, 24, who had already crossed in Tijuana, Mexico, on Friday. (AP Photo/Rebecca Blackwell)

SAN DIEGO – Eight-month-old Daniel Mendez was dressed in a gray hooded sweatshirt. The bottoms of his white-footed onesie were caked in dirt and grime and he was holding his bottle. He smiled at his father, Joel Mendez, one last time before being pushed under a crudely dug hole at the border wall separating Mexico and the United States.

Honduran migrant Joel Mendez, 22, handed off baby Daniel to his 24-year-old girlfriend Yesenia Martinez, who had climbed under moments earlier, ready to cross onto American soil this past Friday. Joel didn’t make the risky journey. He stayed behind in Tijuana to work because he said he feared immediate deportation if he'd crossed.

Like Martinez, many Central American migrants — who are frustrated by the asylum process or say they feel unsafe because Mexicans are becoming more hostile towards them — have been taking matters into their own hands. At times, the results have been deadly.

On Wednesday night, an unidentified migrant and two others from El Salvador were spotted illegally entering the country about two miles west of the Gran Plaza Outlets near Calexico, U.S. Customs and Border Protection said.

Border Patrol agents arrested two men after they swam across the All-American Canal, which runs parallel to the Mexico-California border. The third man was struggling to stay afloat; the two others left him behind. A search-and-rescue team was unable to get to him because a freak storm that night triggered heavy rain and low visibility. His body was recovered the next morning. 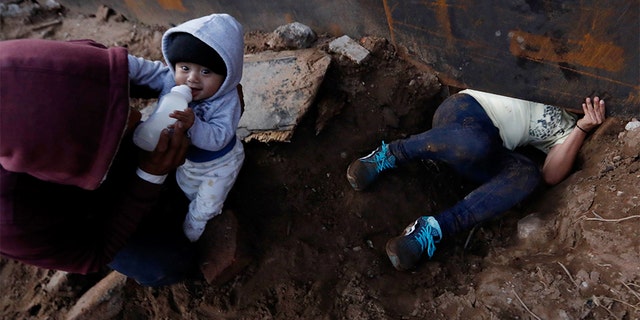 “This incident tragically illustrates how human smuggling organizations place migrants in perilous situations,” Chief Patrol Agent Gloria I. Chavez said. “This man put his trust in human smugglers and it cost him his life.”

U.S. inspectors at the main border crossing in San Diego are processing up to 100 asylum claims every day, but thousands still wait. And while the U.S. and Mexico have worked to make the journey into America seem less appealing, many in the caravan claim it’s still better than the realities they face at home, which include extreme violence and poverty. Most, upon crossing illegally, claim asylum.

In late November, a Honduran teenager who was 8 months pregnant scaled the border wall with her 3-year-old son and husband. Maryury Elizabeth Serrano-Hernandez and her family had traveled more than 2,000 miles. 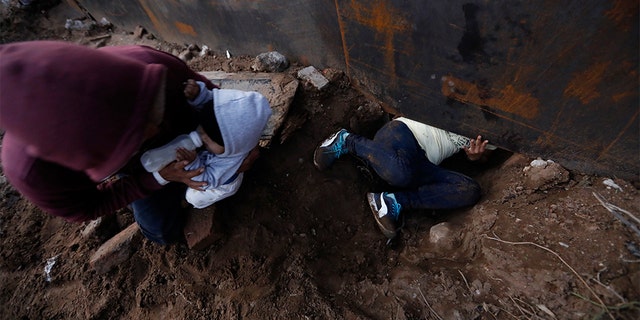 Moments later, Martinez surrendered to waiting border guards while Mendez stayed behind in Tijuana to work, saying he feared he’d be deported if he crossed. (AP Photo/Rebecca Blackwell)

She, too, claimed asylum after she crossed illegally and was taken to the Imperial Beach Station in San Diego County for processing. She started experiencing pain and went into labor early. Serrano-Hernandez was rushed to a hospital in San Diego where she gave birth and is believed to be the first member of the migrant caravan to have a child in the United States. Border Patrol told Fox News that members of her family “placed into immigration proceedings and released on their own recognizance on December 2.”

The controversy at the border – and the administration’s response to it – has polarized much of the country. Last month, images of federal agents firing tear gas on hundreds of migrants sparked some outrage with several high-ranking Democrats blaming the White House. Those complaints were tamped down after data from the Department of Homeland Security revealed that agents also used tear gas at the U.S.-Mexico border dozens of times during the Obama administration.

President Trump has vowed to stop migrants from entering the U.S. He’s ramped up rhetoric about the types of people seeking asylum and has claimed many in the caravan are hardened criminals and ready to wreak havoc. He’s also sent thousands of troops to patrol the border. 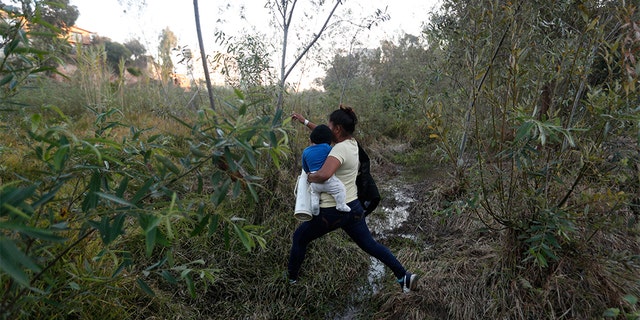 Yesenia Martinez, 24, carrying her eight-month-old son Daniel as she looked for a place to cross the U.S. border wall. (AP Photo/Rebecca Blackwell)

The border mission was supposed to come to an end on Dec. 15, but on Tuesday, Defense Secretary James Mattis extended the deployments of active duty troops into early 2019.

Currently, there are about 5,600 troops stationed in Texas, Arizona and California. Some troops in California have been helping Border Patrol place concertina wire and construct concrete barriers at border crossing points – something Mattis indicated two weeks ago was close to completion.

Fox News’ Katherine Lam and The Associated Press contributed to this report.