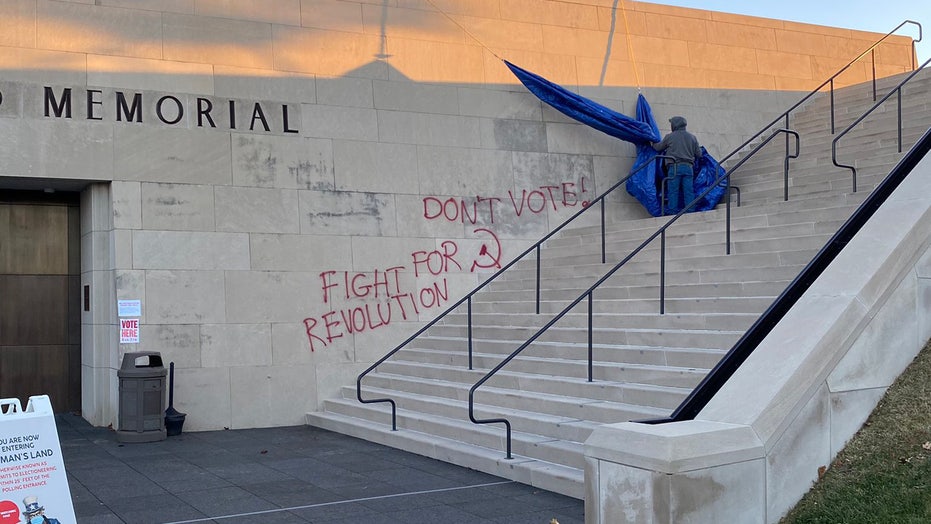 The entrance to the National World War One Museum and Memorial in Kansas City was marked with anti-voting messages on Election Day before voters arrived at the polls.

The museum said that its stonework was defaced early Tuesday, which also serves as a polling location.

"We are proud to be a polling location & condemn this attempt at voter intimidation," the museum said in a statement. "Our democracy is something that generations of veterans, including those in WWI, have fought to defend. "

On a wall on either side of the entrance to the museum, vandals spray-painted messages. 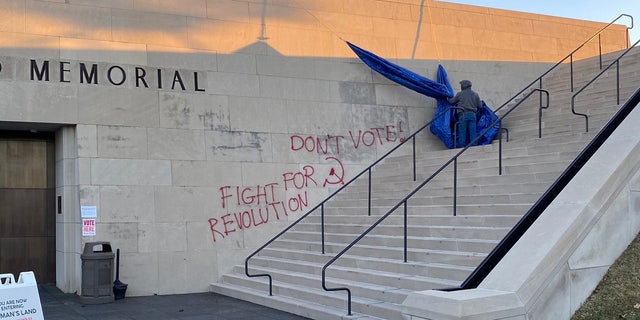 The spray paint also included a picture of a hammer and sickle. The symbol most commonly refers to communism, first adopted in the Russian Revolution.

Police were at the site of the incident as workers could be seen covering up the message with a blue tarp. 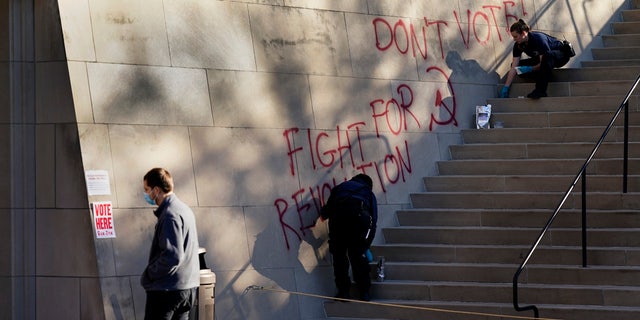 A man walks past police collecting evidence after graffiti was found outside a polling place at the National World War I museum Tuesday, Nov. 3, 2020, in Kansas City, Mo.
(AP Photo/Charlie Riedel)

Officers have since left, according to FOX4.

The museum is a polling place for the general election on Tuesday. Polling places across the Kansas City area reported long lines Tuesday morning, including at the museum.

The museum later said that Steve Haith (of DSG Industrial Cleaning Systems) and workers from Concrete & Masonry Restoration came by to assess the damage and work to wash the paint off.

"They are our heroes today as we work tirelessly to make this a welcoming polling location," the museum tweeted.

'Get a grip on Brexit', businesses tell UK's quarrelling politicians

Prisoner quarantine based on ‘alarming absence’ of health advice