THIS is the first picture of a twisted teenager who today admitted stabbing a 17-year-old girl to death at her parents' home in Wiltshire.

Ellie Gould was discovered dead in Calne in May – with 17-year-old killer Thomas Griffiths arrested later that day seven miles away. 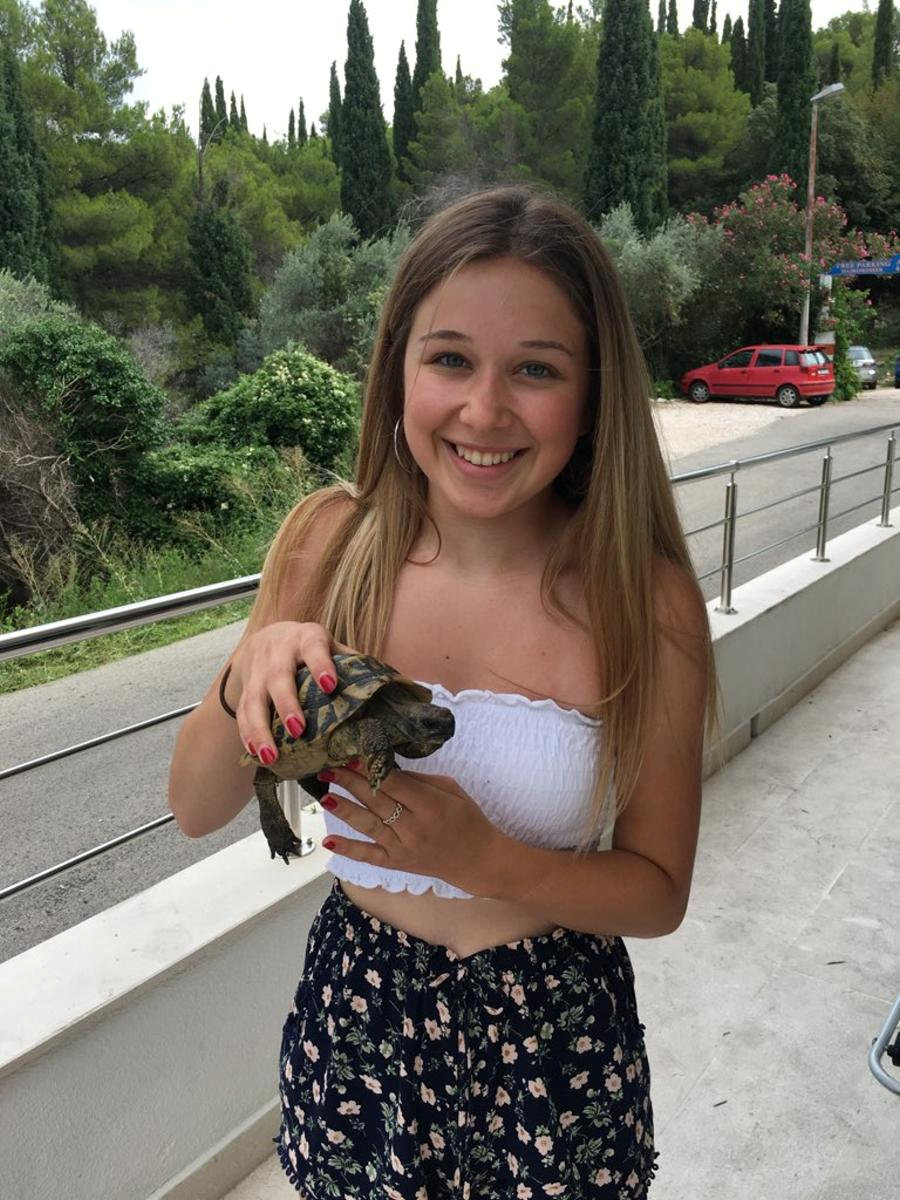 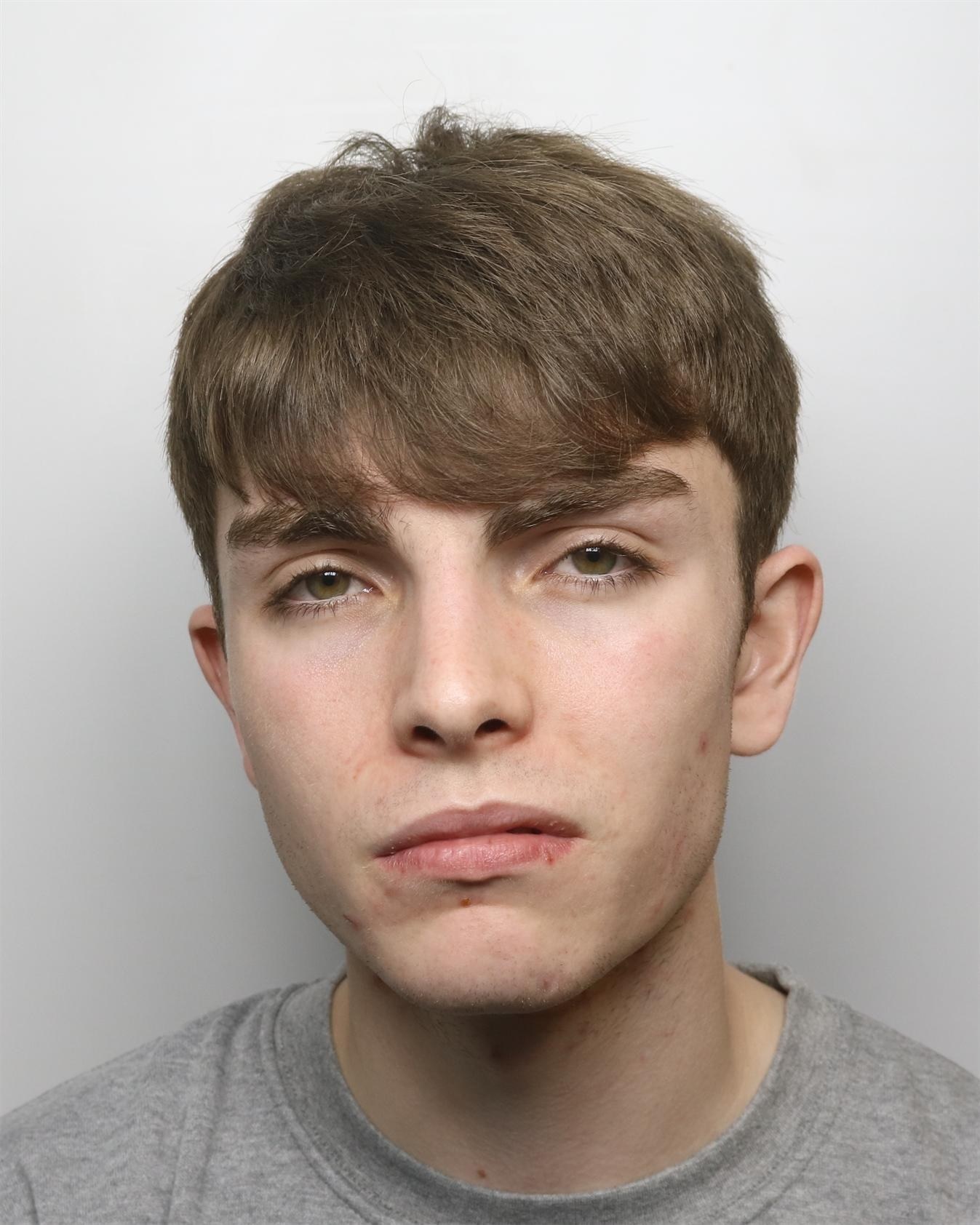 He today pleaded guilty to murdering the schoolgirl at Bristol Crown Court and can now be identified after a judge lifted reporting restrictions.

The teen, who was due to stand trial in October, will be sentenced at a later date.

Emergency crews were scrambled to the family home at around 3.15pm on May 3 where they discovered A-level Ellie dead with stab wounds.

Her heartbroken family previously described the keen horse rider and talented showjumper as "fun-loving and a joy to be around".

They added: "We would like Ellie to be remembered as a kind, caring young lady with a wonderful, fun personality."

Ellie had been studying for A-levels, and and her dad Matthew, 40, was teaching her how to drive when she was cruelly murdered.

The schoolgirl also had dreams of becoming a police officer and was looking forward to attending university.

Lisa Percy, headteacher of Hardenhuish School, where Ellie studied, said: "The whole community at Hardenhuish was completely devastated by the death of Ellie back in May. Ellie was an extremely popular student in our lower sixth form, who was preparing for her A-Levels the following year.

"She was popular, friendly and very talented, and understandably her death has hugely impacted on our school.

"Her close knit group of friends have shown strength beyond their young years in the months that have followed Ellie's death, and have supported one another extraordinarily well. We continue to support our students with the help of partner agencies who have been invaluable to our school during such an unprecedented time.

"Our thoughts continue to remain with Ellie's family at this time."

He said: "Ellie was in her first year of sixth form and was looking forward to the next steps in her education.

"Her parents have told me that she was considering a career in the police and had been looking into attending university. The options available to Ellie were endless but her hopes and dreams will now sadly never be realised."

"We would like Ellie to be remembered as a kind, caring young lady with a wonderful fun personality.

From a young age, Ellie had a huge love for animals.

"Every Spring we would visit Lackham during the lambing season, and during the summer holidays we made many visits to animal farms to hold chicks, rabbits and feed baby animals.

"On her first day at primary school she put holes in her brand new shoes as she spent every playtime playing with her friends crawling around on her hands and knees being a cat.

"Ellie also loved our summer trips to Devon to stay at our aunt and uncle's house – she loved their puppy Elsa and whilst the other young cousins were scared of the lively puppy jumping up, Ellie wasn't and had a wonderful way with animals, calming the puppy and making it do whatever she wanted.

"Every year from a young age, a pony always featured on her Christmas or Birthday wish lists.

"As her parents, we tried to get away with buying a hobby horse to run around the garden on. The pleas continued so we adopted an Exmoor Pony, however due to the distance, we could only visit twice a year.

"Finally we decided as we lived in beautiful rural Wiltshire, we'd buy her a pony – Missy.

"Missy was white with a long flowing mane and tail, she looked like a unicorn when she was white, although more often than not, she looked brown as she loved rolling in mud.

"Ellie spent hours brushing her and plaiting her mane and tail. She loved showing her off at local shows in 'prettiest pony classes' and was so proud one year to come first at Foxham show in the 'best family pony class'.

"Ellie's natural riding ability improved immensely and in no time she was ready to move onto her next pony – Blackjack.

"Again, winters and summers she competed in local shows and cross country events. It was nail biting to watch as she would gallop past and fly over enormous cross country jumps.

"She also spent the summer months often just herself and her beloved Blackjack hacking over Wiltshire's beautiful countryside.

"Ellie loved the Sixth Form at school where she was studying for A levels.

"She had built up a close group of friends who would often meet up at weekends and do activities such as the Escape Rooms. She would often ask if the group could meet at our house – "It's just a gathering mum, not a party," she'd say.

"We talked about visits to university open days and apprenticeships within the police force – she wondered if she could get into the mounted police with her riding skills.

"Whilst she was excited about the next step in her life she also said, "But I don't want the sixth form to end as I love it so much".

"Ellie had a lovely relationship with her older brother growing up, they rarely argued as she was fun loving and a joy to be around.

"We would like Ellie to be remembered as a kind, caring young lady with a wonderful fun personality.

"Ellie's favourite charity was Riding for the Disabled who run activities for disabled children and adults and we ask that any donations in Ellie's memory are made to this charity so that they can continue with their fantastic work.

"This is what Ellie would have wanted.

"Finally, we'd like to thank the community in Calne and Hardenhuish School for their support and comforting words, as well as the police who have provided us with support over the past few weeks." 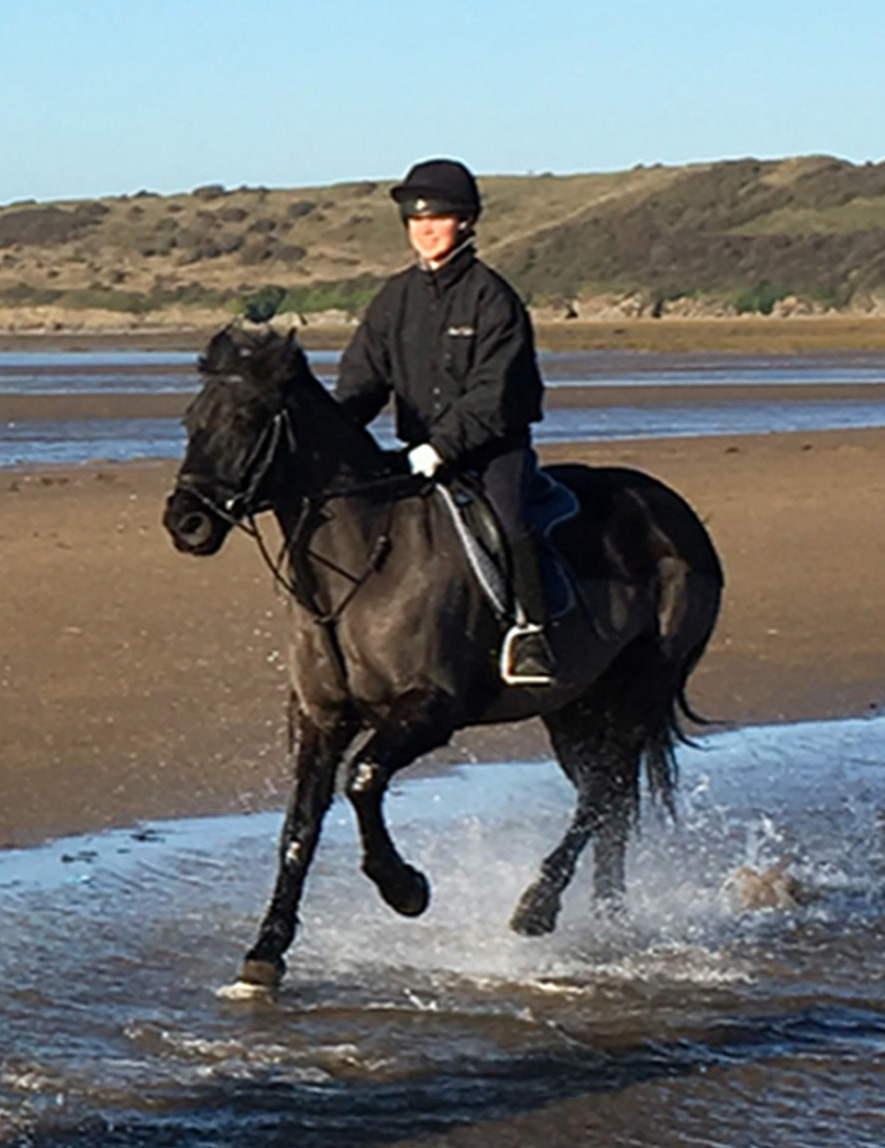 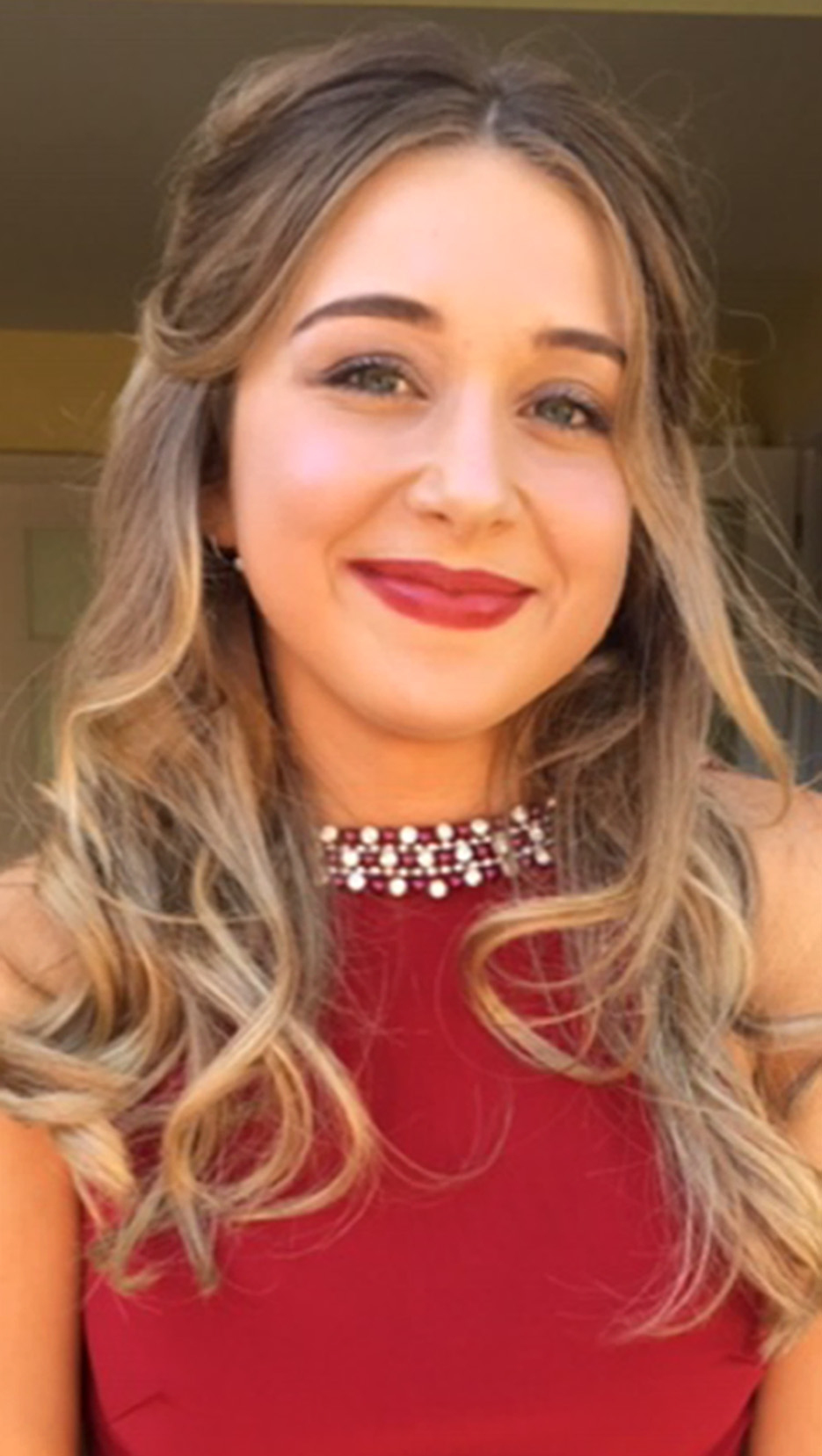 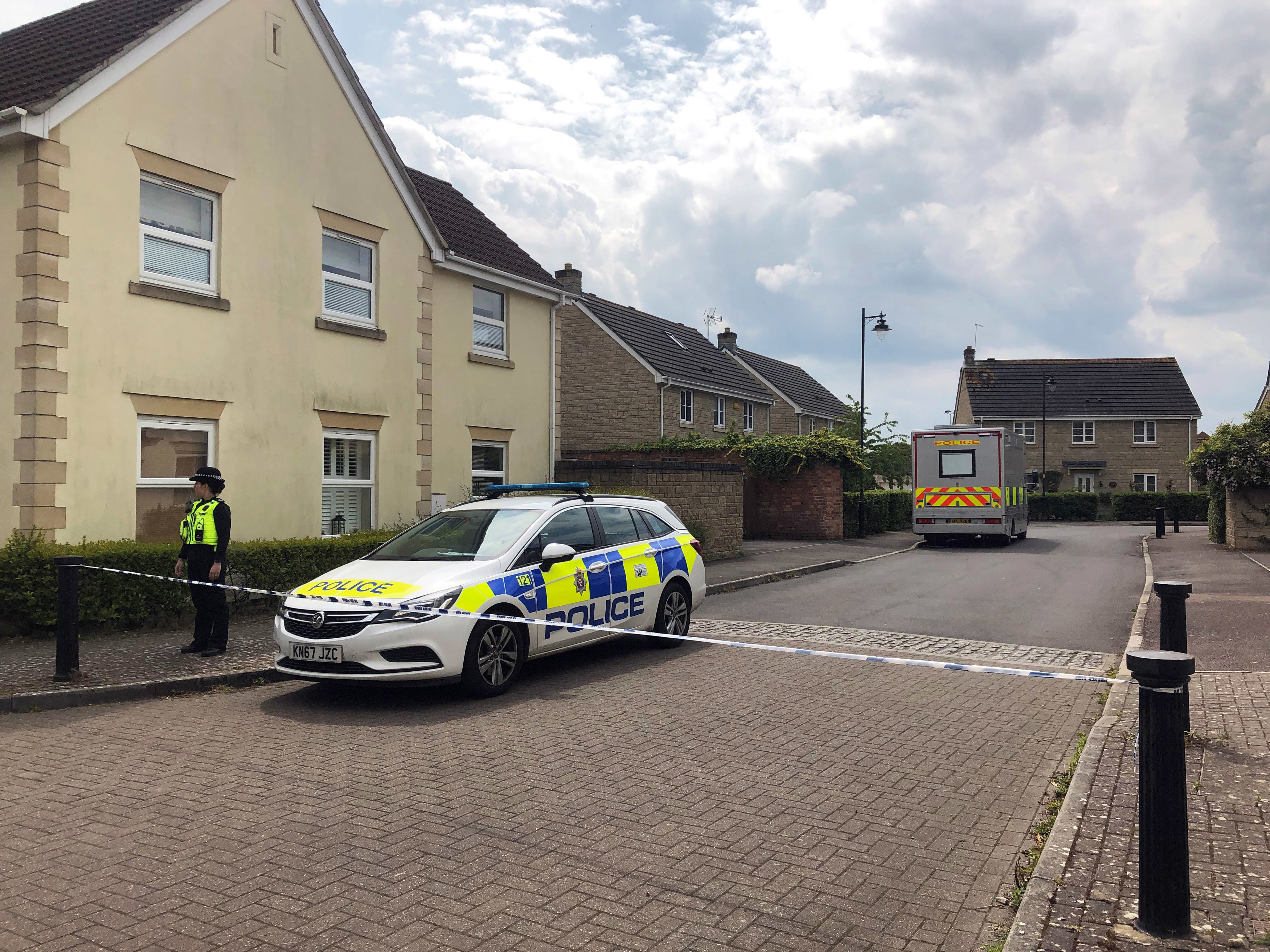 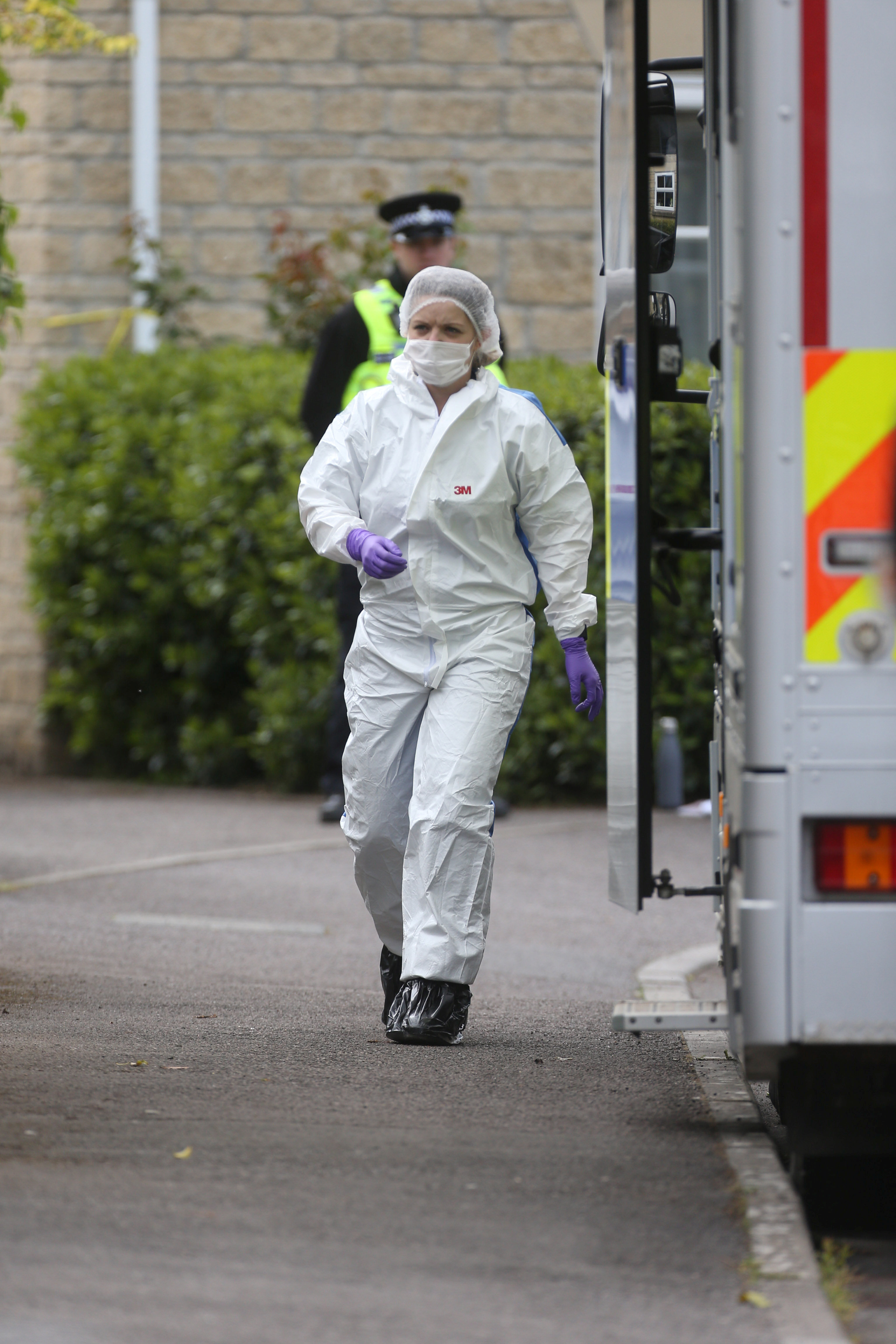 American West could face a 'brutal' century under climate change