Nichols was pulled from the sidelines of the NBA finals after she was caught on a hot mic making disparaging comments about her black colleague. 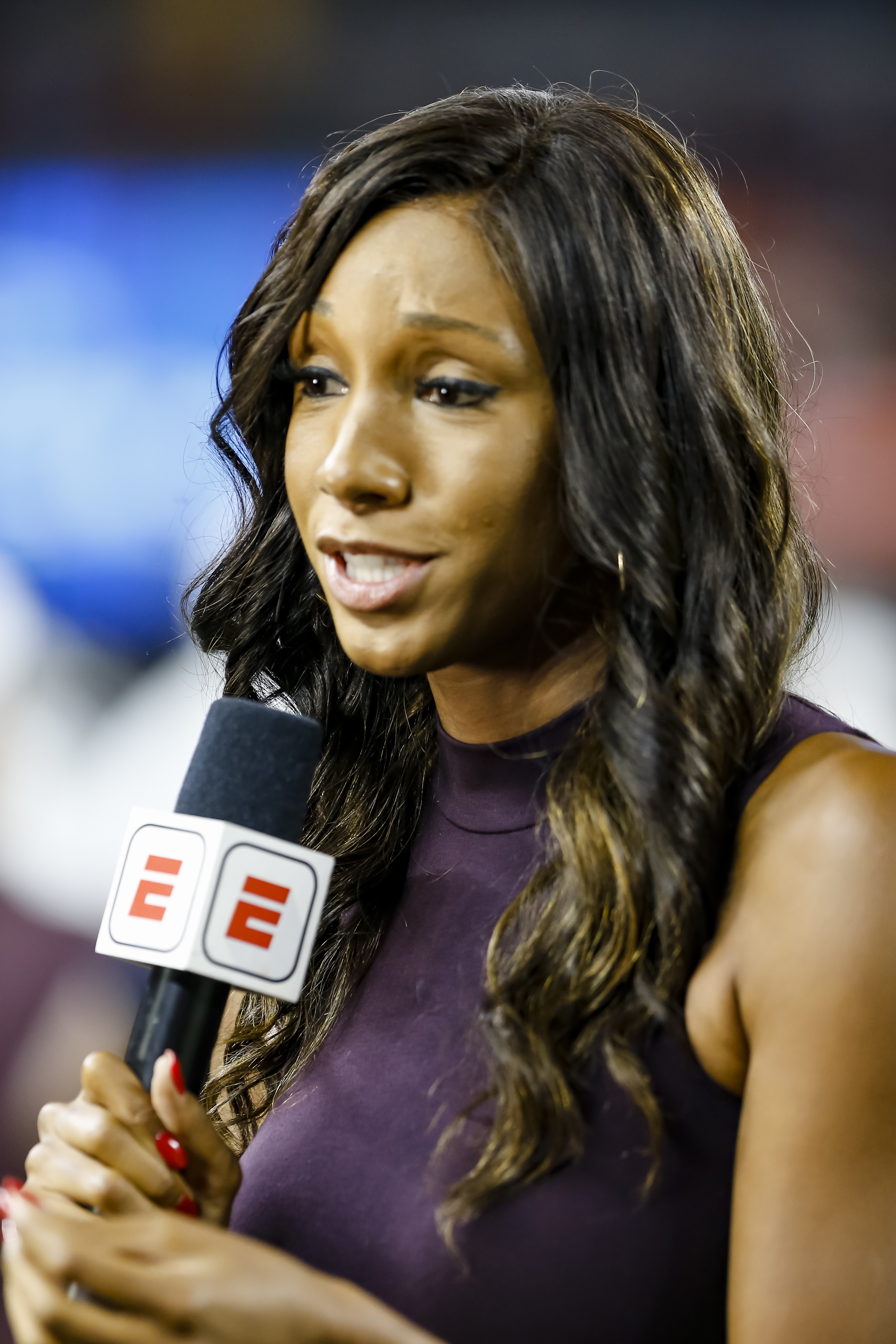 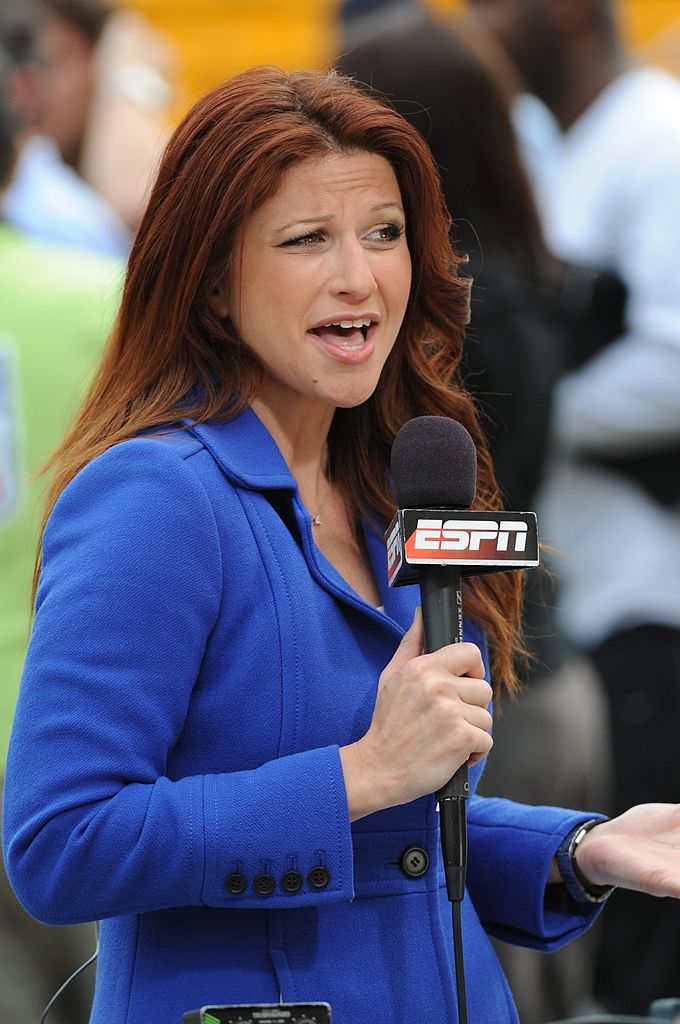 Taylor did not refer to the controversy but tweeted Wednesday: “During the dark times, I always remember that I am in a position to open doors and light the path that others walk down.

“I’ve taken some punches but that just means I’m still in the fight. Remember to lift as you climb and always keep rising.”

She concluded the post by adding a love heart emoji and including four pictures of her on presenting duties.

Taylor presented the show NBA Countdown before Game 1 of the basketball finals between the Phoenix Suns and Milwaukee Bucks on Tuesday.

Nichols has been replaced on the sidelines by Malika Andrews. 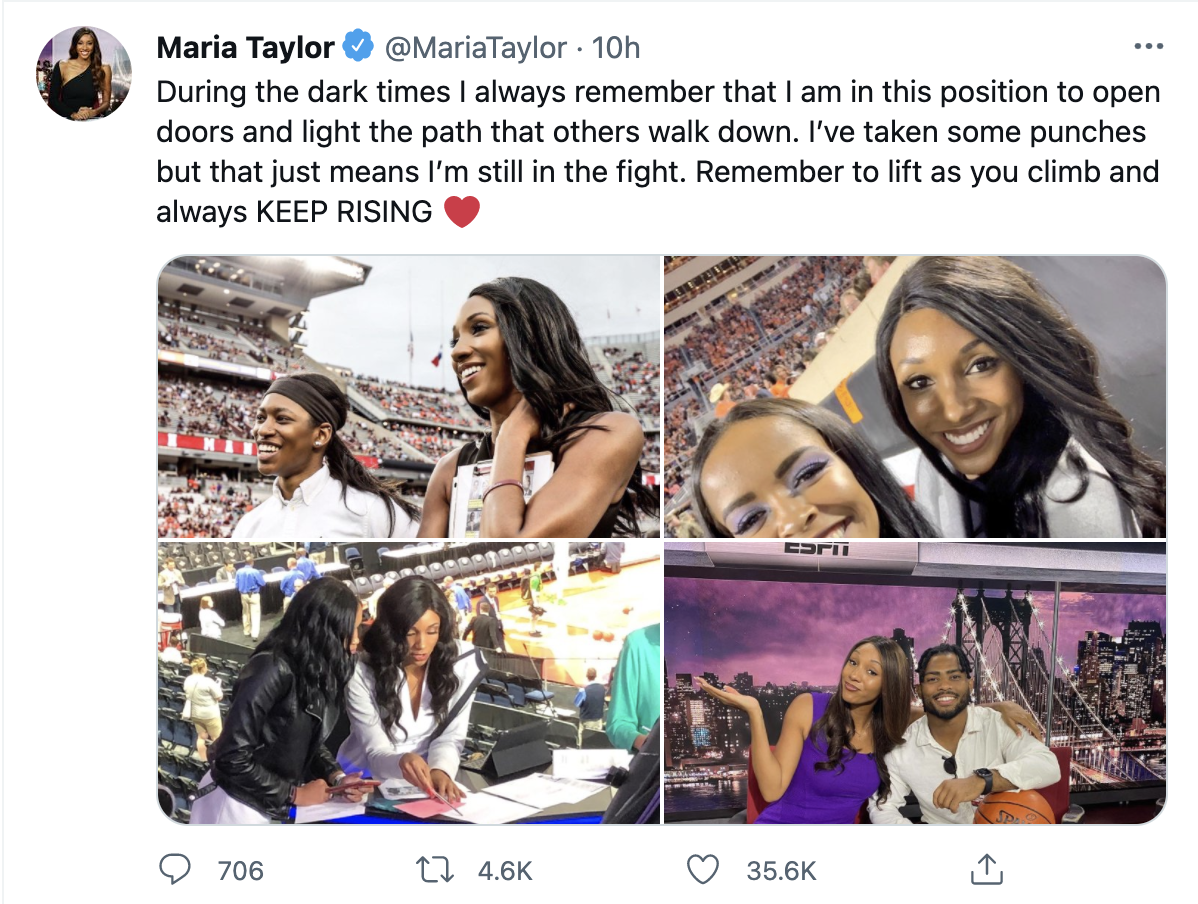 Taylor’s tweet came just a day after NBA Commissioner Adam Silver branded it "unfortunate" that Nichols and Taylor were "pitted against each other".

The controversy surrounding Nichols stems from comments she made in July 2020 about Taylor during a private conversation that was inadvertently caught on camera.

In the footage, first released by the New York Times, Nichols is heard suggesting that Taylor was only picked to host the NBA finals coverage because ESPN was "feeling pressure" about diversity.

She did not realize the call was being recorded and the video was later uploaded to a server at the company's headquarters in Bristol, Connecticut. 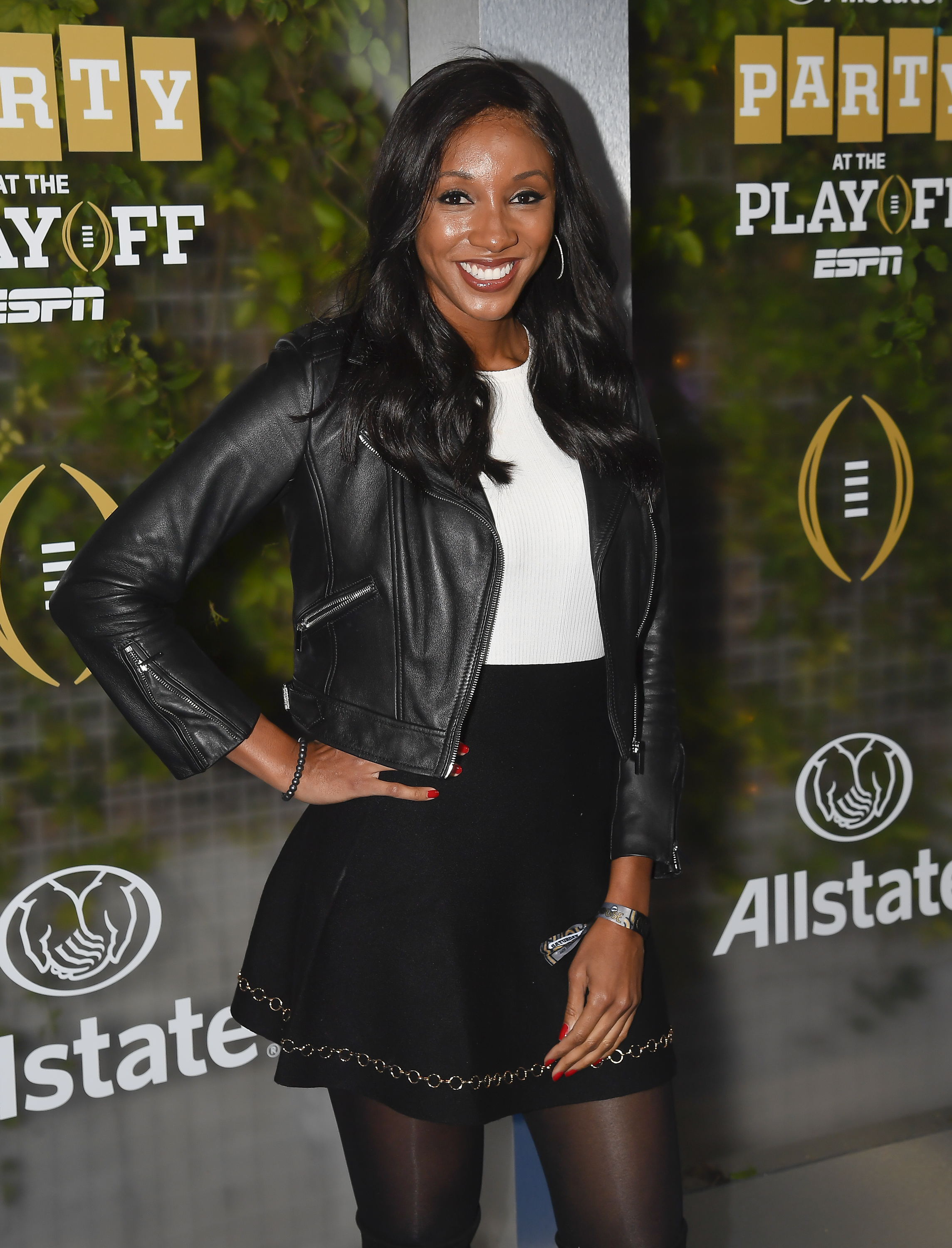 Nichols said: "I wish Maria Taylor all the success in the world — she covers football, she covers basketball.

"If you need to give her more things to do because you are feeling pressure about your cr***y longtime record on diversity — which, by the way, I know personally from the female side of it — like, go for it.

"Just find it somewhere else. You are not going to find it from me or taking my thing away.”

Nichols was seeking advice from Adam Mendelsohn – a long-term advisor to LeBron James – as she believed her bosses were advancing Taylor at her expense.

The journalist was in her hotel room but a camera that she appeared to forget to turn off recorded the conversation and broadcasted it back to ESPN HQ. 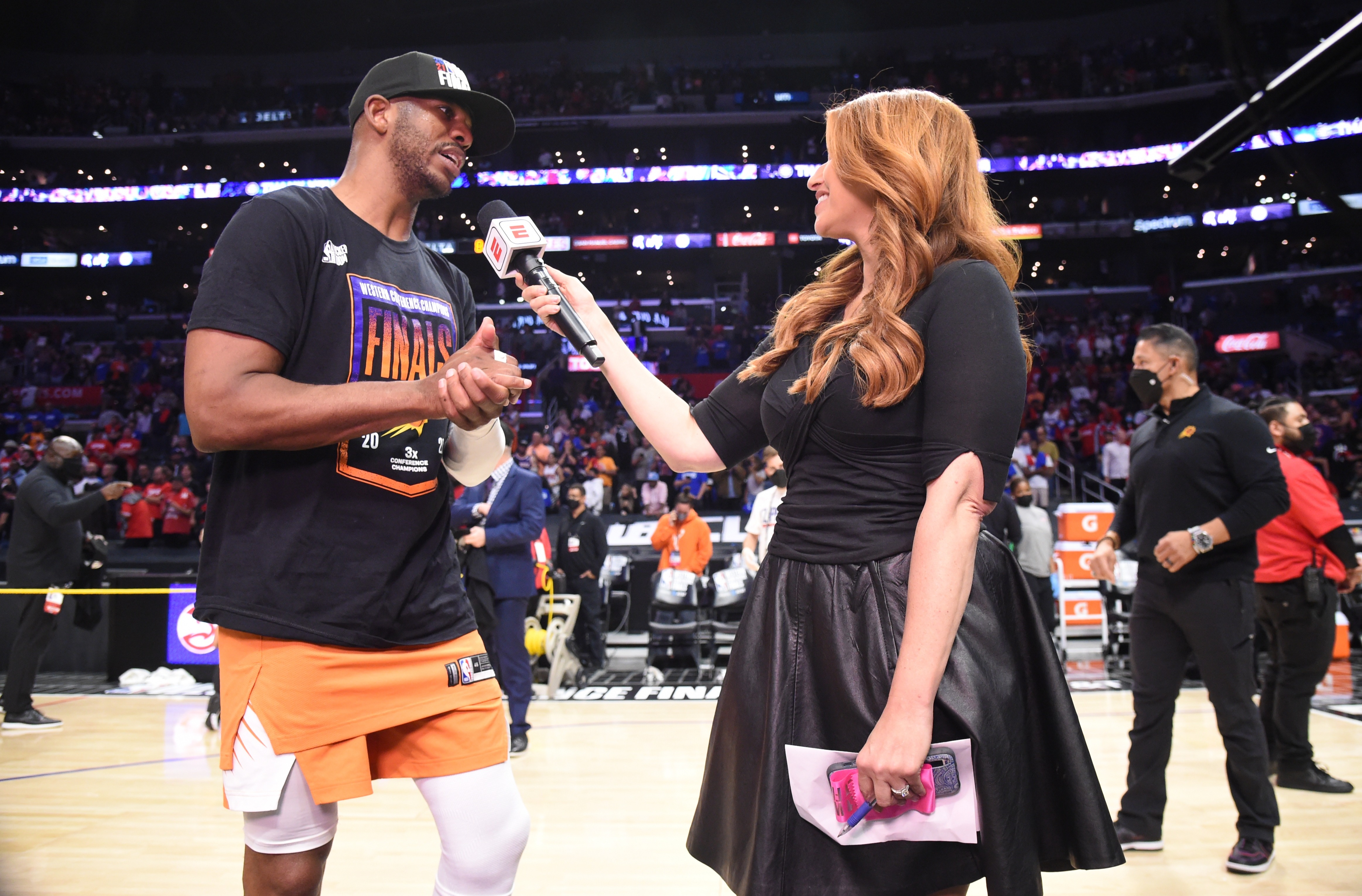 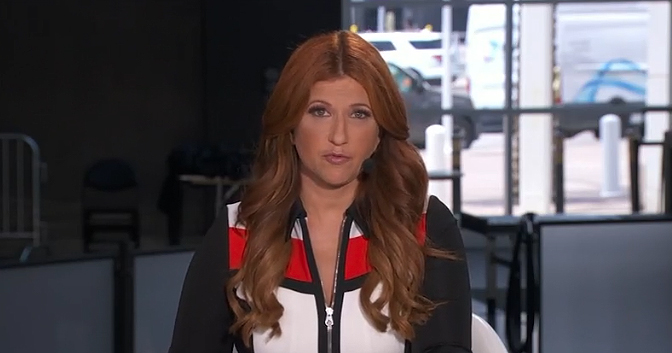 It remains unclear why the camera was on.

Dozens of ESPN employees have access to the company’s video servers as part of their normal workflow, the New York Times reports.

The veteran host publicly apologized for her behavior during a Monday night broadcast of The Jump.

She said: “The first thing they teach you in journalism school is don't be the story, and I don't plan to break that rule today.

"But I also don't want to let this moment pass without saying how much I respect, how much I value our colleagues here at ESPN, how deeply, deeply sorry I am for disappointing those I hurt, particularly Maria Taylor, and how grateful I am to be part of this outstanding team."

Nichols initially joined ESPN in 2004 and was a regular on the network’s flagship show "SportsCenter" as well as the NFL and NBA shows.

She left ESPN for CNN in 2013, later working for TNT'S NBA broadcasts before rejoining ESPN in 2016.

Taylor, meanwhile, had primarily been seen on ESPN’s coverage of college football since joining the company in 2013. She started hosting "NBA Countdown" in 2019.