Gym owner who told police she refused to be fined ‘because of Common Law’ when she was caught flouting Covid restrictions by keeping her business open during lockdown is fined £1,200

A gym owner who defied coronavirus restrictions by keeping a venue open during England’s second national lockdown has been taken to court and fined.

In police bodycam footage, 46-year-old Michelle Meade-Wyatt told officers who attended The Ripped Gym in Harlow in Essex in November last year that she did not ‘consent to any fines’.

She refused to provide her details and added: ‘I’m a living woman and we’re under common law.’

An officer warned her she would be arrested and that the matter would be dealt with under Covid-19 legislation. 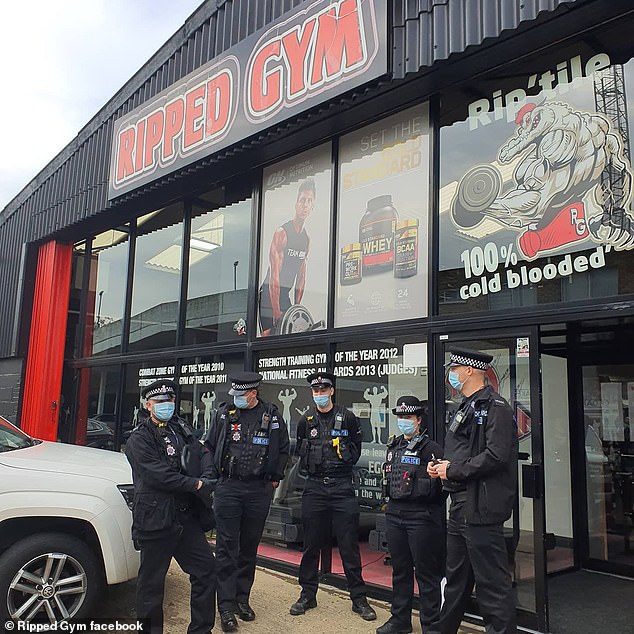 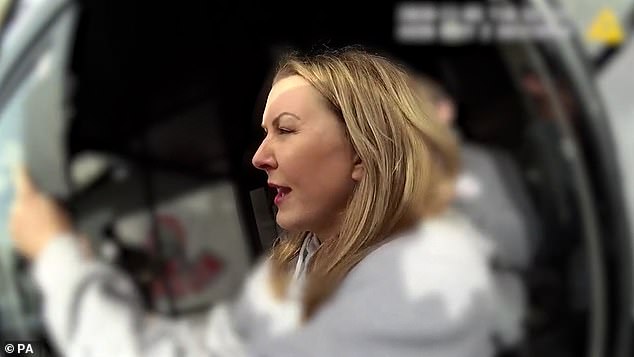 Essex Police said that ‘after around 40 minutes of trying to engage with her, officers felt they had no choice but to arrest her for breaching the regulations’

Essex Police said that ‘after around 40 minutes of trying to engage with her, officers felt they had no choice but to arrest her for breaching the regulations’.

She pleaded guilty to failing to cease carrying on a business that was restricted under the Health Protection (Coronavirus) Regulations 2020, police said.

She was ordered to pay fines and costs totalling £1,205 at the hearing on November 23.

Assistant Chief Constable Rachel Nolan said: ‘This case is a very clear example of a blatant breach of the legislation, which not only put people’s health at risk, but at a time when infection rates were rising.’

She said that officers and council staff had ‘made extensive attempts to engage with the gym owner to resolve this situation’.

Meade-Wyatt told the PA news agency: ‘I stayed open because the members were committing suicide.’

She said she only admitted the charge after there was a ‘slight changing of wording’.

Meade-Wyatt claimed that after her arrest she was held for ‘just under 30 hours’, and she plans to take civil action against the force.

What is Magna Carta and why are businesses wrong to quote ‘clause 61’?

Magna Carta is a royal charter agreed to by King John of England in 1215 amid a row with rebellious barons.

It promised the protection of church rights, protection for the barons from illegal imprisonment, access to swift justice, and limitations on payments to the Crown.

But it did not last, leading to the First Barons’ War.

It was reissued several times in the following years, until in 1297, it was made part of England’s statute law.

But as Parliament’s power grew, it lost much of its significance. Now, only four of its clauses still remain in use.

Ahead of the new lock down, some businesses have put signs outside their business sighting clause 61 and saying: ‘Any attempt to enforce unlawful acts, statutes or legislative laws on myself will be taken as an act of high treason, for which, you will stand trial before a jury of the people and which still carries the gallows.’

However the clause is not one of those still in use.

One legal expert, Rupert Beloff, tweeted that while clause 61 appeared in the 1215 version, it was removed by the time it was reissued in 1216 and did not exist by the time Magna Carta was made statute in 1297.

Crackdown on internet ‘will put free Press at risk’