The European Union’s flagship plan for a 10,000-strong bloc-wide border and coastguard force in two years exceeds ‘what is feasible,’ the EU’s Austrian presidency said Thursday.

Some EU member states have expressed fears the plan would erode their sovereign right to control national borders while others had concerns about funding a force that the European Commission unveiled in September.

‘The Commission’s target with these fixed figures (of 10,000) by 2020 actually goes beyond the scope of what is feasible,’ Austria’s interior minister Herbert Kickl told reporters. 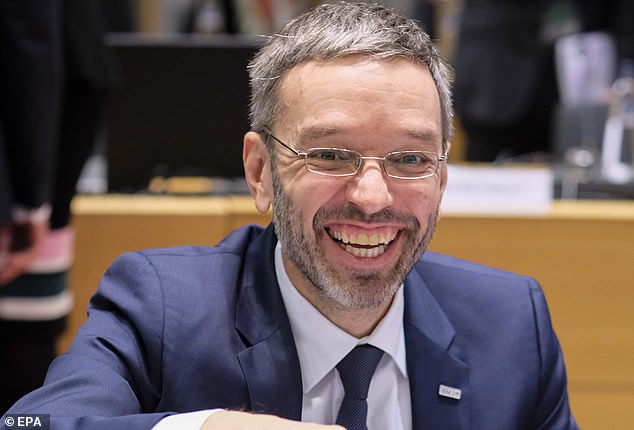 ‘That is why we are now exploring corresponding compromises,’ Kickl said without elaborating.

‘We have nothing to gain from writing 10,000 on paper and then they do not really exist, and that is why the timetable is being extended,’ Kickl added.

He spoke instead of a ‘gradual buildup’ during the next seven-year EU budget from 2021-2027, which is now under negotiation.

Austria, which currently holds the six-month rotating presidency of the EU, was hosting a meeting of EU interior ministers in Brussels on Thursday to discuss ongoing plans to curb migration.

Germany’s interior minister Horst Seehofer said: ‘We will have to discuss how many posts are realistic by 2020. We should not make any utopian promises here.’ 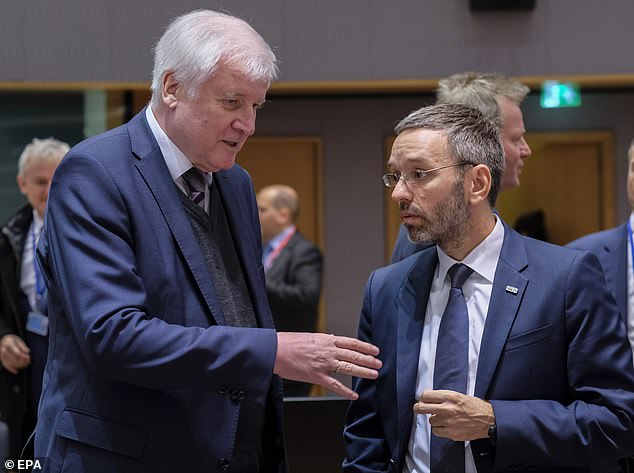 An EU diplomat told AFP on condition of anonymity that it is ‘pretty fair to say’ the bloc has abandoned the plan to meet the 10,000 target. ‘For now it is unrealistic.’

In September, Jean-Claude Juncker, who heads the Commission, the EU’s executive arm, announced the plan to sharply boost the current pan-EU force of 1,300 staff to help individual member states patrol their borders.

But a number of member countries were uncomfortable with it, including Juncker’s call for 10,000 border guards.

Poland, for example, said that funds for the force might mean less money for road and other infrastructure projects.

Frontline countries Italy, Greece and Spain expressed fears that border guards recruited from other member countries would erode their national sovereignty if deployed to their territory during a crisis.

The beefed-up force has been the flagship of EU efforts to bolster its long maritime and land borders against flows of migrants fleeing war and poverty from the Middle East and Africa.

The unlikelihood of meeting the border guard numbers by 2020 is all the more glaring as EU member states have found it easier to bolster borders than agree how to share responsibility for refugees who reach European shores.

The EU is trying to boost its defences against future migrant surges after having sharply reduced arrivals since a 2015 peak as a result of cooperation with Turkey and Libya.

The last surge, which amounted to Europe’s biggest migration crisis since World War II, fuelled divisions across the bloc – particularly over a plan to relocate tens of thousand of asylum seekers among EU member states.