EUROPE hit what is thought to be its highest temperature ever today at a sizzling 48.8C – with a killer weather warning issued to Brits abroad.

A Saharan heat surge sweeping across the continent from Africa has sent temperatures rocketing above 40C this week. 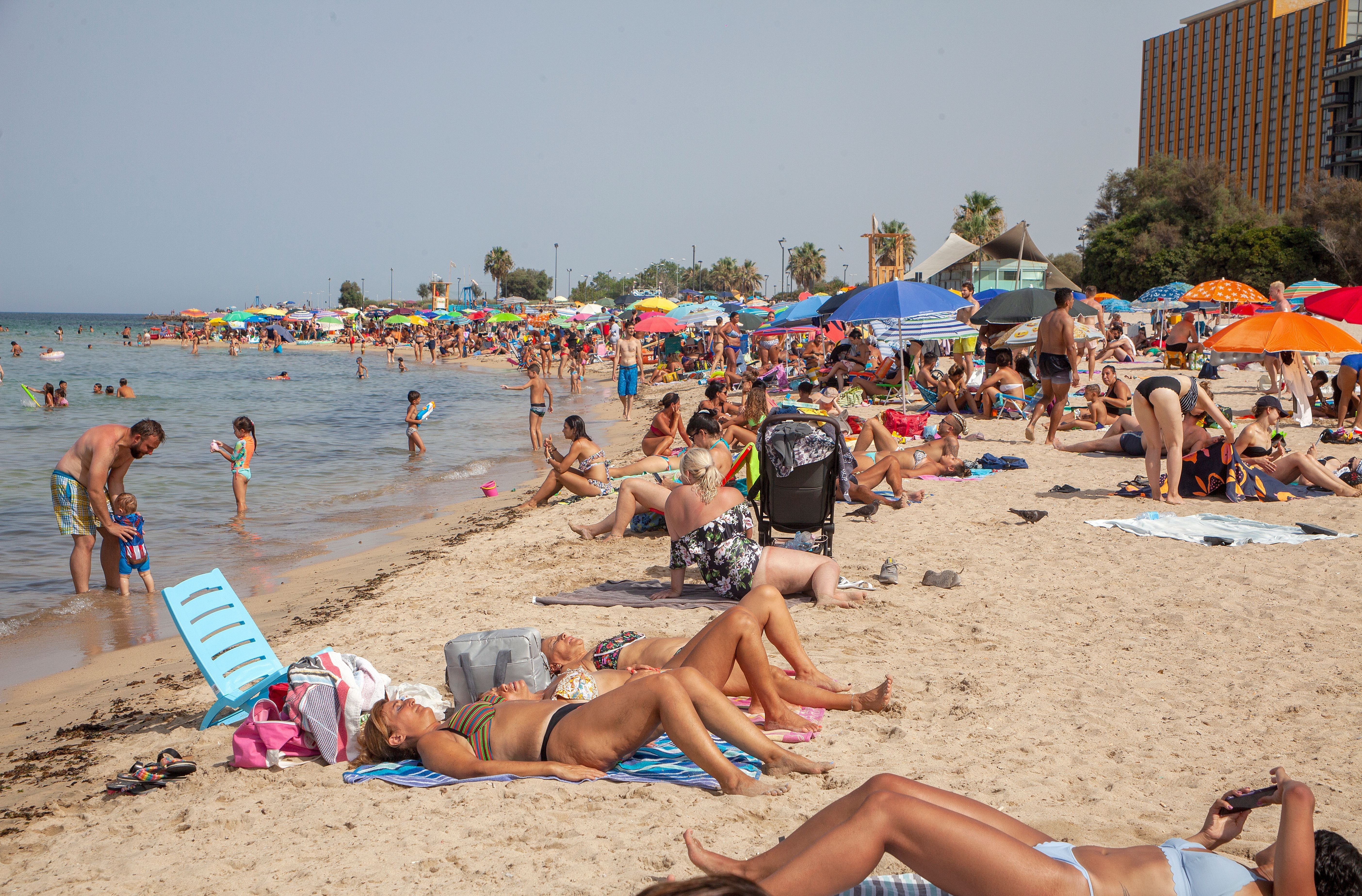 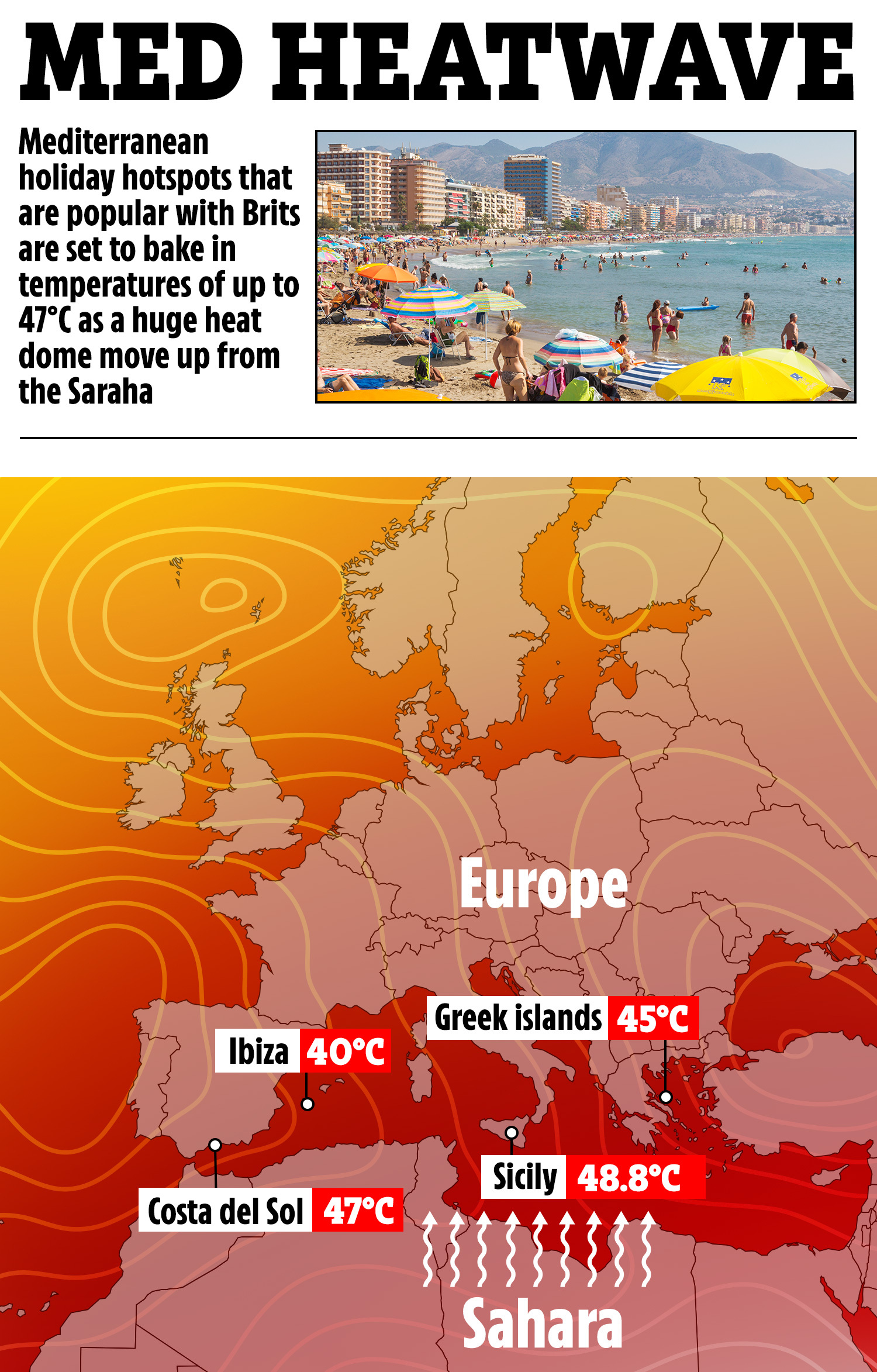 In Syracusa, Italy, today temperatures surged up to 48.8C according to the official Sicilian Agrometeorological Information Service – a new record for Europe.

The previous was held by Athens after temperatures hit 48C there in 1977.

But smashing the record is not something the people of Sicily are celebrating, with Syracusa's mayor Francesco Italia saying it is "worrying".

"We are devastated by the fires and our ecosystem, one of the richest and most precious in Europe, is at risk," he told La Repubblica.

A blistering heatwave is sweeping across Italy this week, fuelling fires in the south of the country, notably Sicily and Calabria, where a UNESCO-designated natural park is threatened.

Temperatures hit 47C in Sicily yesterday, near Syracuse, before soaring up to 48.8C today.

Elsewhere in the south of Italy, an anticyclone dubbed Lucifer was forecast to send the mercury rising to 39 to 42C before sweeping northwards,.

Weekend temperatures are expected to beup to 40C in the central regions of Tuscany and Lazio, which includes Rome.

On Monday, the UN released a major report showing how the threat from global warming is even more acute than previously thought.

It highlighted how scientists are quantifying the extent to which human-induced warming increases extreme weather events, such as a heatwaves or a wildfires.

And with the mercury in the Med already soaring beyond 40C, Spanish, Portuguese and Italian forecasters have issued heat alerts.

A spokesman said: "Mainland Spain and the Balearic Islands are facing a probable heatwave.

"This could lead to adverse effects on people’s health and to a significant risk of forest fires."

Last night, an Alicante resort was hit by a freak "mini-tsunami" caused by the blowtorch Saharan heat surge.

The bizarre rise in the tide, which was sparked by a hellish heatwave moving in from Africa, swept through the coastal town of Santa Pola on Tuesday.

The rare tidal phenomena flooded the beach, promenade and nearby streets, with cars damaged and boats set adrift.

Mr Costa said the terrible images from Greece and Turkey in recent days brought back Portuguese memories of 2017.

He said: "We don't want to see that scenario here again." 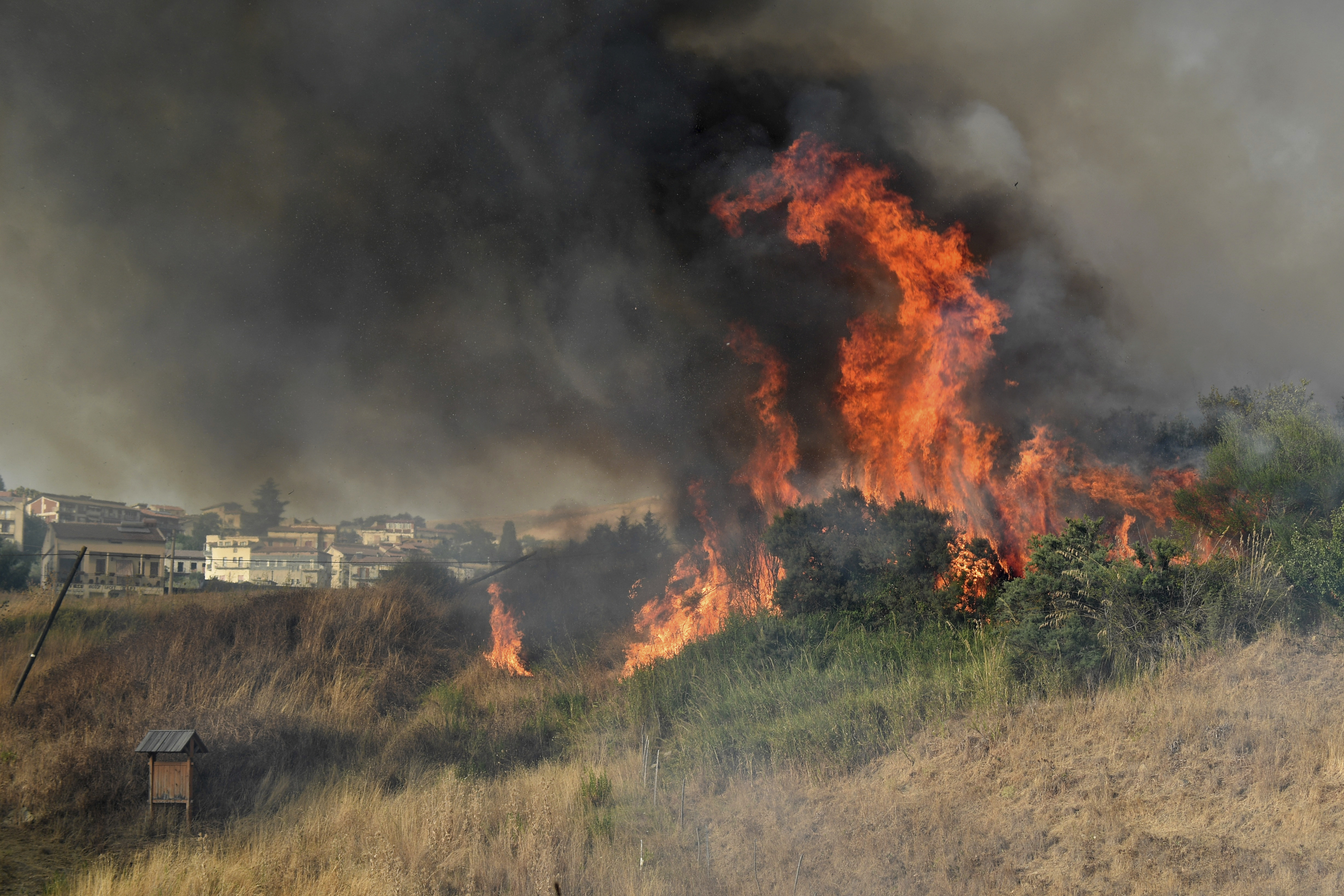 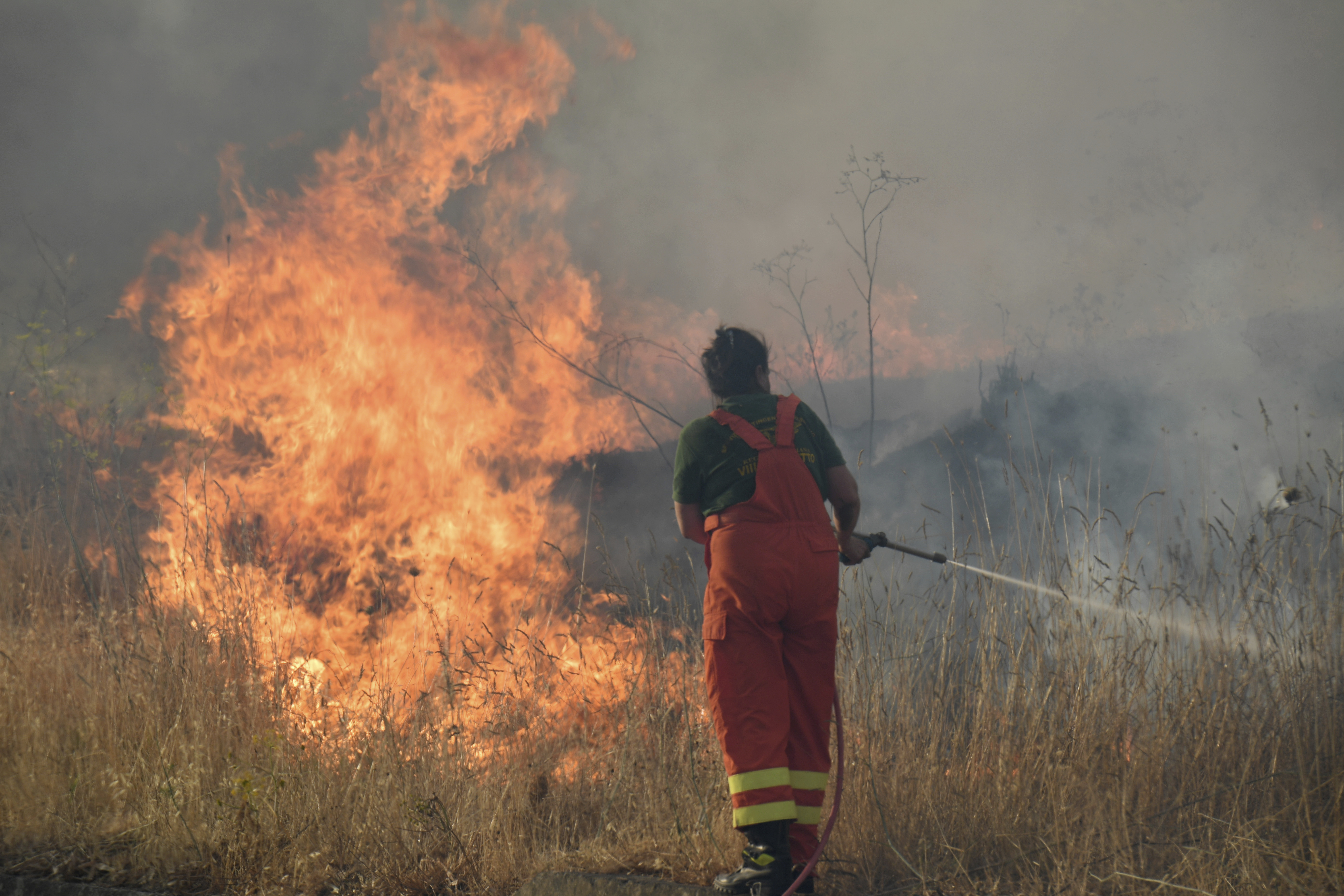 Why DID we let millions into Britain unchecked, MPs ask

3 Dead, Including 11-Year-Old Girl Who Called for Help, After Dispute Over Dog Turns Deadly