The revelation that crime agencies believe Qantas has been infiltrated by bikies and other organised criminal groups to facilitate illegal activities should be a wake-up call to the federal government. Whatever security arrangements are in place today, and they are not insignificant, they are clearly failing to match increasingly sophisticated and well-funded criminal operations.

A classified federal law enforcement intelligence operation has found that a “significant” number of Qantas staff – up to 150 – are linked to criminality. While this may be a shock to some, it has been known for many years that the aviation and maritime sectors are vulnerable to criminal infiltration. 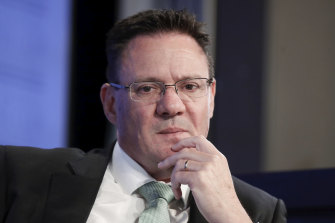 Neil Fergus, a security expert and former government official who worked on two major reviews of airport security going back to 2005 and 2011, believes “we will continue to have breaches – criminal and even national security – in relation to trusted insiders as long as this issue is not appropriately remedied. It’s inevitable.”

There is proposed legislation before Federal Parliament, backed by law enforcement agencies, which would enable criminal intelligence to be used to stop workers receiving aviation and maritime security cards. But unions have pushed back against this, arguing it would have unfair repercussions for aviation staff.

Enforcement agencies are also seeking new laws giving authorities greater access to “dark web” and encrypted communications platforms being used for crime, including by a cartel earning an estimated $1.5 billion a year by smuggling drugs past the nation’s borders.

Australian Criminal Intelligence Commission chief executive Michael Phelan revealed on Sunday that several encrypted phone platforms, including Ciphr, had been introduced that were being used by thousands of Australians to engage in crime.

A bill before Parliament would give officers of the Australian Federal Police and the Australian Criminal Intelligence Commission access to three new types of surveillance warrants that would enable them to perform online disruption activities, collect intelligence on online activities and take over a person’s online account.

This bill would add to controversial legislation that was passed in late 2019 that compels tech companies to provide assistance or introduce technical changes to their platforms to access user data. The companies argue the legislation undermines the security of their products and erodes user trust.

The new bill, which was introduced last December by then home affairs minister Peter Dutton, has prompted objections from groups including the Human Rights Law Centre, which in its submission to an inquiry on the proposed legislation expressed deep concerns over what it considered the “extraordinarily intrusive” powers it would give enforcement agencies.

The Law Council of Australia believes the proposed laws could have “significant adverse impacts on large numbers of non-suspects who are lawfully using the networks, systems or accounts that are suspected of being used by offenders”.

These worries were raised with the parliamentary intelligence and security committee, which is assessing the bill and is expected to release a report on it later this year. These are all legitimate concerns. Respecting people’s right to privacy and to a fair hearing is crucial in a democracy. At the same time, the increasing use of encryption technology is giving criminal gangs an edge in building global businesses in drug smuggling that are worth hundreds of millions of dollars and damage countless lives.

ASIO, the NSW Crime Commission and Victoria Police have all recently described the impunity afforded to crime groups by encrypted technology as devastating. It is now up to the federal government to find the right balance between giving enforcement agencies the ability to crack down on criminal gangs and protecting those who are lawfully using networks being targeted.

China launches lander aimed for dark side of the moon