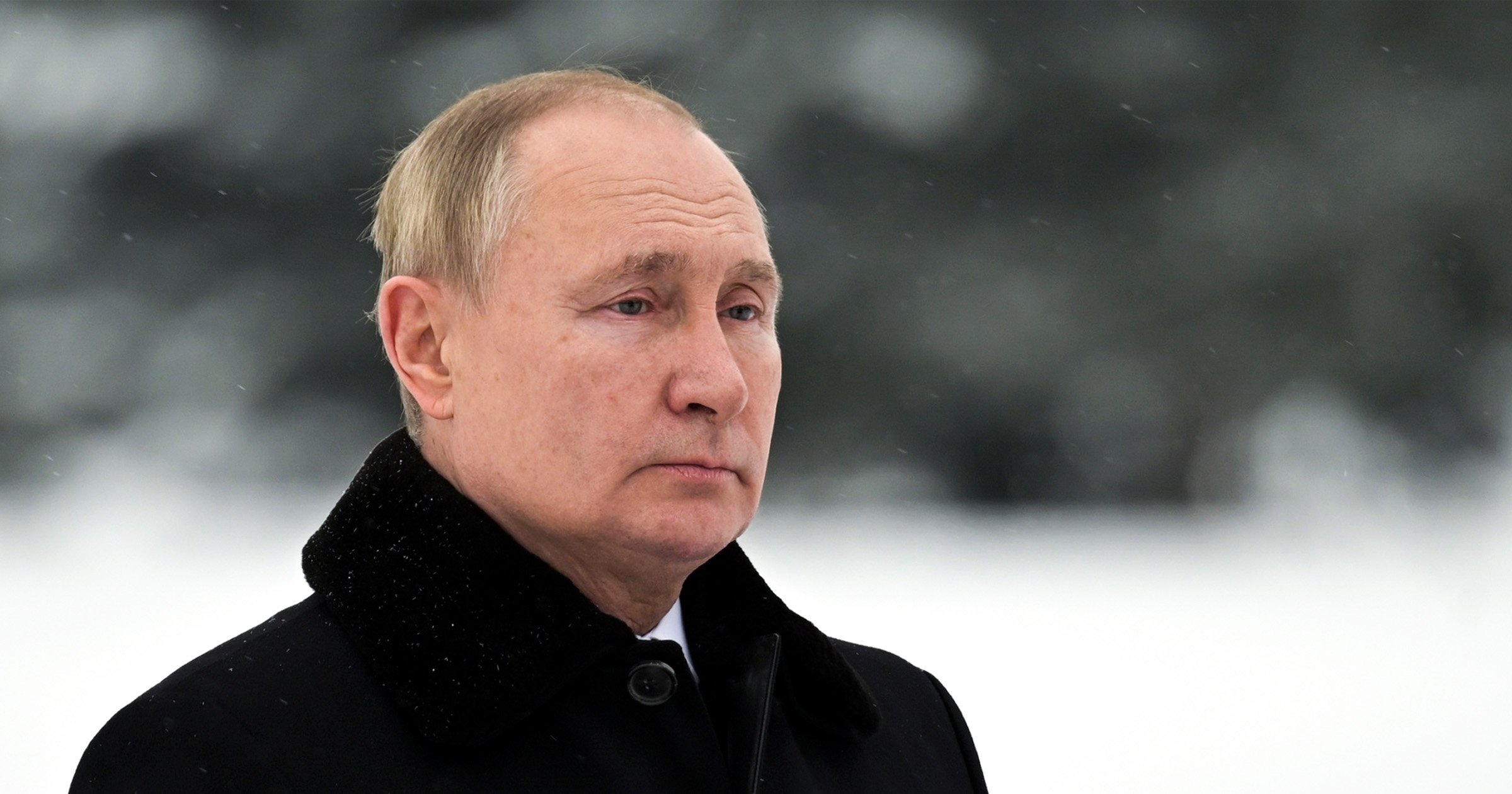 The British ambassador who witnessed Vladimir Putin’s rise to power at close quarters feared from the outset he was on a collision course with the West.

Sir Andrew Wood was the UK’s man in Moscow from 1995 to 2000, the period when the now-Russian president emerged as the country’s most powerful man.

The former-senior diplomat said Western leaders were ‘fooled’ into trusting Putin despite early signs he would be an authoritarian and aggressive leader.

Sir Andrew also revealed fears conflict in Ukraine could indirectly lead to unrest in Russia, a situation which could become hugely destabilising.

The world is nervously watching to see if talks between Washington and Moscow can convince Mr Putin to pull his troops back from Ukraine.

At least 100,000 soldiers are massed on the border and there are fears a full-scale invasion could be imminent.

The US signaled this week it has no intention of granting the bulk of Putin’s demands on scaling back Nato presence in Eastern Europe and the Baltics.

He continued: ‘It’s governmental institutions are pretty scrambled – Putin has the axis of power in it but there are other institutions, and the ones he most needs and relies on are the police, the Siloviki [ex-army and security figures] and the armed forces.

‘Force is the doctrine that guides his rule.

‘He’s also operating from within a bunker – he is at the same time at the head of the organisation and also remote from it, which is peculiar.

‘He answers to no one, therefore to some extent you can’t tell what his policies are going to be.’

The Russian president has clamped down hard on anti-government movements in countries close to Moscow, most recently in Kazakhstan and previously in Ukraine, where he annexed part of the country after a pro-Europe revolution.

He has done the same with domestic protests, which Sir Andrew said shows Putin is ‘is motivated by a fear of popular revolutions’, which are usually ‘met by forceful repression and…fear on the part of the regime, because they too are vulnerable’.

With opinion in Russia split on the need to take military action in Ukraine, Sir Andrew warned Putin may find that unrest washing up on his own shores.

He said: ‘[War in Ukraine] will have the effect of making it much more difficult for the population of Russia itself to start to govern its own country in its own interests.

‘If that is the case…then I think we face a degree of mounting chaos in the end in Russia itself and the end of Putin’s rule could become dangerously chaotic.

‘That is a possible future which we need to look out for.’

Mr Putin, a former KGB agent, served in senior security roles before being handpicked by Boris Yeltsin as his heir apparent.

He cut a very different figure from his shambolic, often drunk predecessor, coming across as efficient and serious at a time Russia was still struggling to rebuild after the collapse of the Soviet Union.

Not long after entering the public imagination, he was made acting president and was then elected in 2000.

Sir Andrew witnessed the process and said it was clear early on Mr Putin was ‘different’ to his contemporaries, pointing to early power grabs and the invasion of Chechnya as red flags.

He continued: ‘It wasn’t just a number of people with an interest in downing him telling me that he was a dangerous man in the longer run.

‘These were early cautious, steps towards total control.

‘We were generally fooled by the fact that he passed some economic measures…and because he very quickly became rich and because he was young and totally sober.

‘He made a big impression on our leaders at the time when they met him – but there were certainly signs.’

US President Joe Biden warned Ukraine’s president on Thursday that there is a ‘distinct possibility’ that Russia could take military action against its neighbour next month.

Russian foreign minister Sergei Lavrov responded on Friday: ‘There won’t be a war as far as it depends on the Russian Federation, we don’t want a war.

‘But we won’t let our interests be rudely trampled on and ignored.’

Probe launched after Apache helicopter fires round at Army base

The coldest spring temperatures ever recorded in every state