‘Blood-soaked Terminator’: Dramatic moment semi-naked, shovel-wielding fugitive leads police on a wild chase through suburban streets and homes before he’s Tasered five times – but he STILL manages to get away 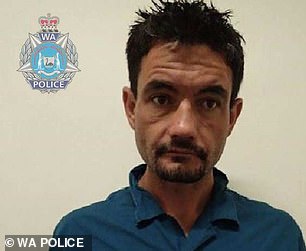 Laemin (pictured) is the most wanted man in WA

Dramatic footage shows one of the most wanted men in Australia somehow avoiding arrest despite being Tasered five times during a dramatic police chase through suburban homes.

Laemin Forbes, 40, allegedly fled officers through backyards and houses in the Perth suburb of Como wearing nothing but his underwear and holding a shovel in the early hours of Thursday morning.

While police were in pursuit he allegedly smashed through a glass door and assaulted multiple people, including an elderly woman, 84, who had got in his way walking on the footpath.

The woman hit her head on the pavement after allegedly being thrown to the ground and was rushed to Sir Charles Gairdner hospital. 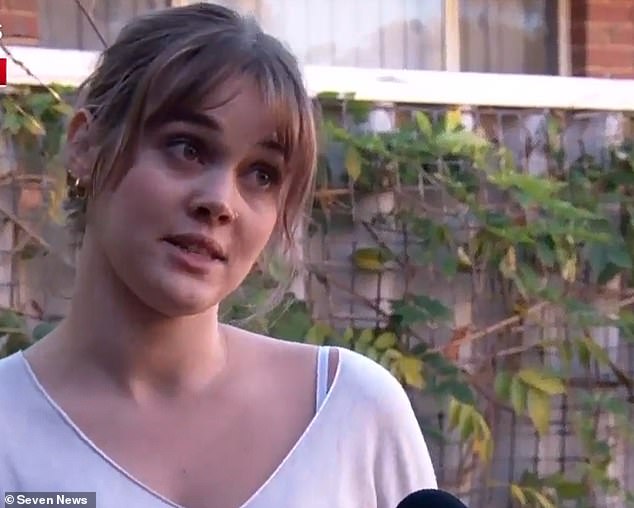 The fugitive then ran through a construction site and over fences into residential backyards.

Witnesses told 7News Forbes was like a ‘blood-soaked Terminator’.

Como resident Kira was in her house when she said she ‘saw the man shirtless and in his jocks’.

‘He was tasered five times from what I know … luckily the police officer was there and was able to block him before he got to us,’ she said.

He then allegedly stole a handbag from another woman in her 80s and took her car keys.

He made his way to her red Mitsubishi ASX – leaving a trail of blood behind him – and got behind the wheel.

Ramming through the woman’s carport gate he narrowly avoided slamming into the detectives giving chase. 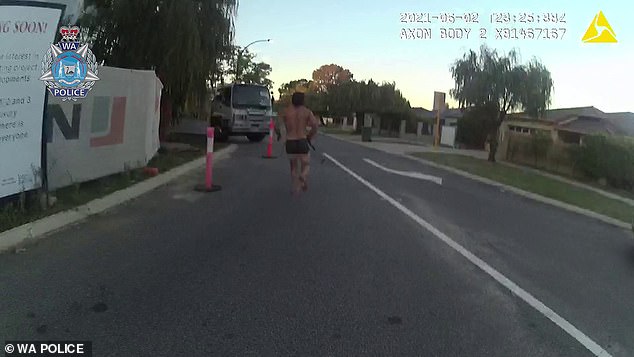 Police later found the car in a ditch in nearby Huntingdale after he tore off down the Canning Highway.

Mary, the woman in her 80s who got in Laemin’s way on the pavement said she was caught by surprise by the man on his rampage.

‘He put his arm around my chest and I think he must have pushed me back and I hit the top of my head on the driveway and so I just stayed there,’ she said.

‘I saw it come and I thought he’s going to finish me off… but he didn’t.’

‘He was very strong… I couldn’t fight him off if I tried. I’m only a little old lady.’

Forbes is currently the most wanted man in Western Australia.

WA Police Detective Sergeant Mat Atkinson said he should not be approached by the public.

He warned Forbes is ‘violent and unpredictable’ and in a desperate state to escape.

‘He should not be approached under any circumstances,’ the statement said. ‘If sighted, members of the community are asked not to approach Mr Forbes but to call police immediately on 131 444.’

Mr Forbes is described as having a medium build with black hair and brown eyes. Police do not know what he is wearing. 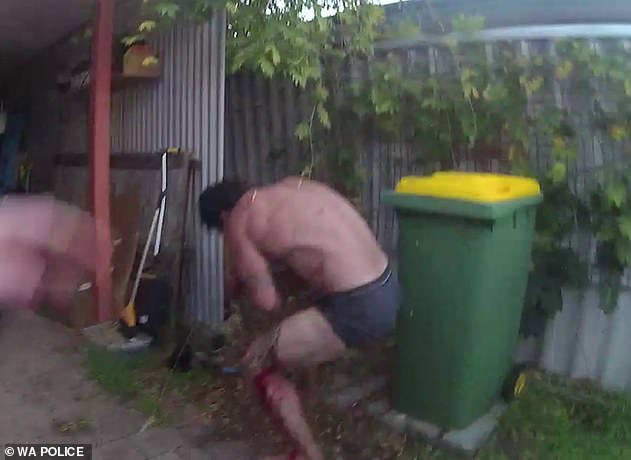 ‘This is insanity’: Sick with coronavirus, Trump goes for drive around hospital