A MINER and father of 30 has become an overnight millionaire after discovering two huge slabs of gemstones valued at £2.4 million in Tanzania.

Saniniu Laizer, 52, was handed a cheque of 7.74 billion Tanzanian shillings (£2.4 million) by the government after mining the mesmerising dark violet stones in the Simanjiro district, Manyara. 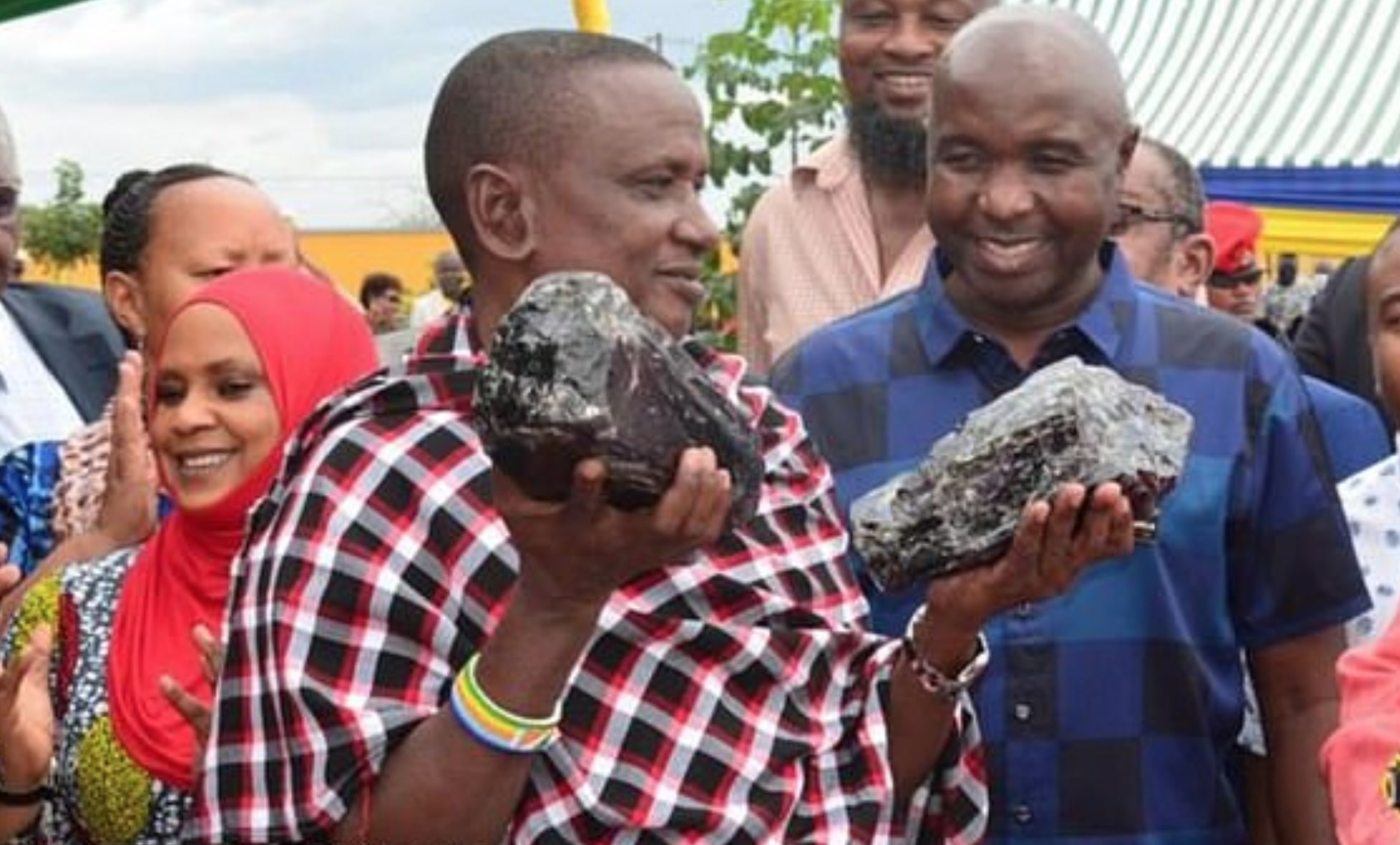 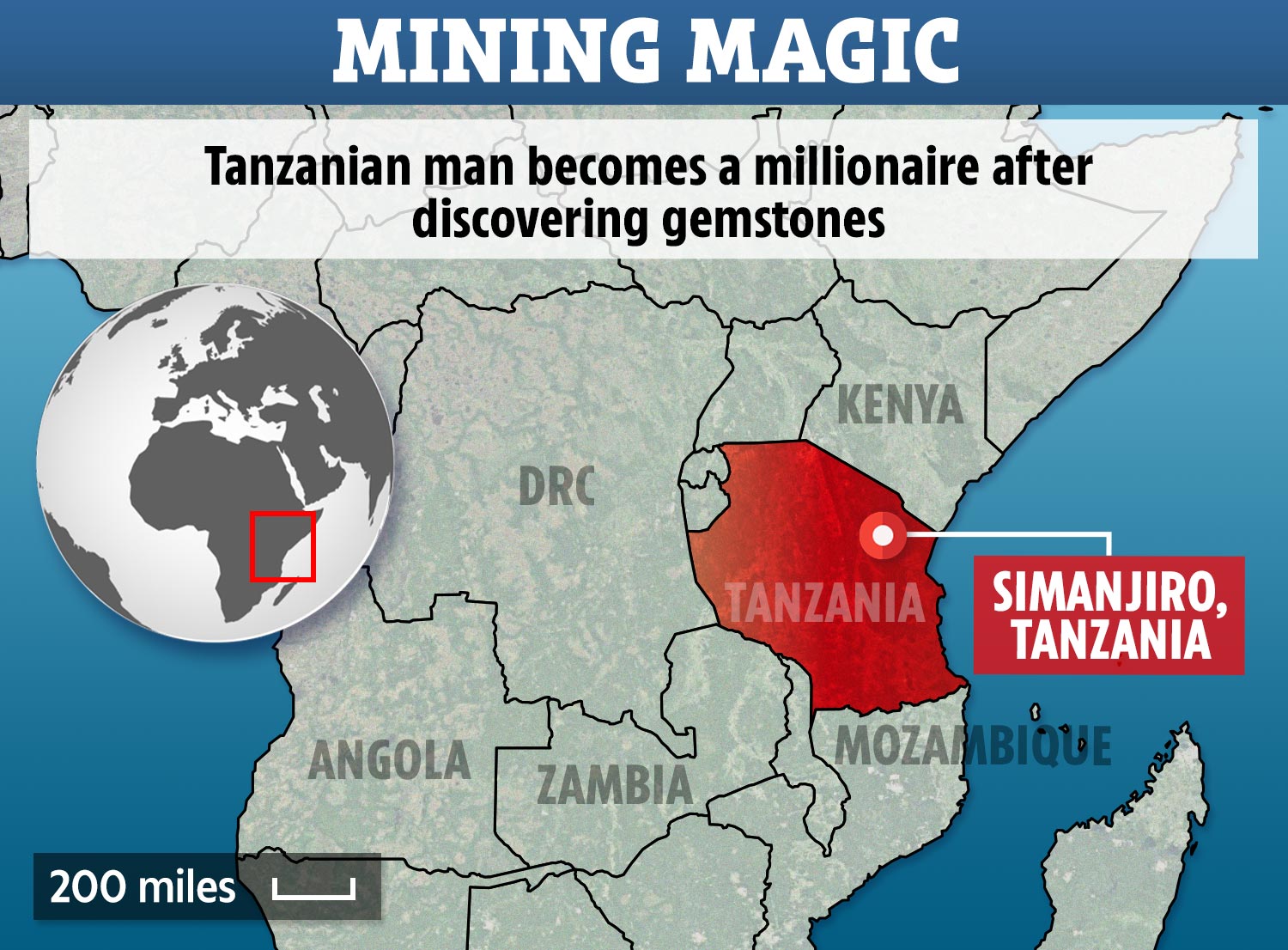 He was pictured holding the Tanzanite rocks victoriously as he received the cheque at a trading event in the Manyara region yesterday – before receiving a congratulatory call from President John Magufuli.

The father of 30 – and husband to four wives – told the BBC: "There will be a big party tomorrow."

"There are many poor people around here who can't afford to take their children to school."

He also said he would slaughter a cow to celebrate his good fortune.

Mr Laizer also insisted he would continue to look after his herd of 2,000 cows and his life would not change too much.

Tanzanite is one of the rarest gemstones in the world and is only found in north Tanzania.

Mr Laizer's gemstones weighed 20 pounds and the second weighed 11 pounds, according to a mines ministry spokesperson.

The previous record was only seven pounds.

Tanzania last year set up trading centres around the country to allow miners to sell their gems and gold to the government.