A grieving father is claiming his 14-year-old son who took his own life would still be alive today if his school had acted to stop bullies.

Byron John, 53, arrived on horseback to protest at the gates of St John Lloyd Roman Catholic Comprehensive school in Llanelli, South Wales, exactly one year after his son Bradley hanged himself in the toilets.

The teenager went missing after morning lessons and was found in the toilets by his sister 12-year-old sister Danielle, who heard her brother’s ringtone through the cubicle door.

Bradley’s family claim he had been bullied for two years after being diagnosed with Attention Deficit Hyperactivity Disorder, and Mr John alleges that if the head and a teacher who was with Bradley had acted to stop the bullies, the teenager would still be alive. 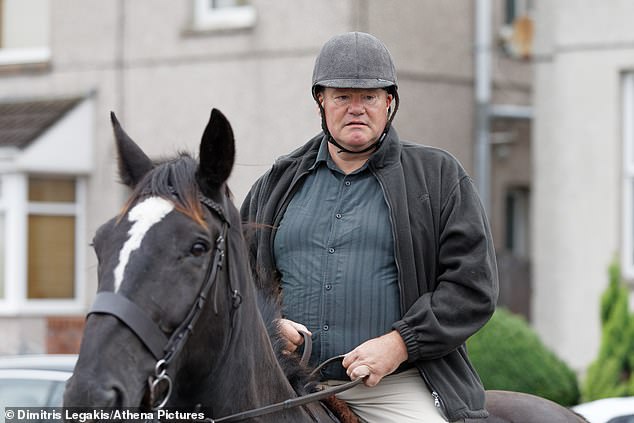 Byron John outside St John Lloyd School in Llanelli, Carmarthenshire, one year after his son Bradley took his own life 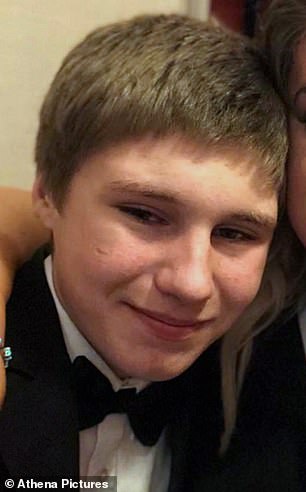 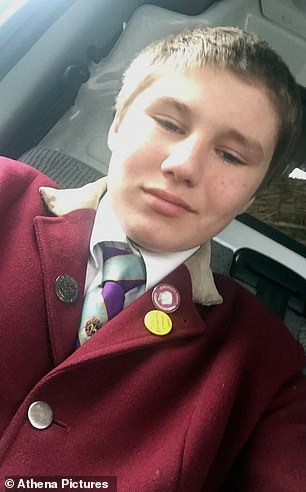 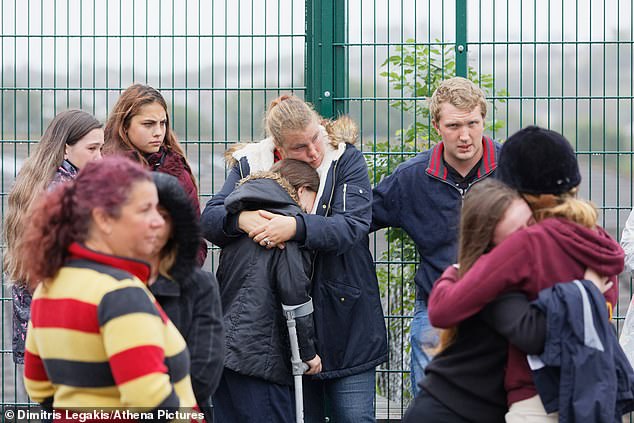 Friends and family embrace each other outside St John Lloyd School, in Llanelli, Carmarthenshire today

Mr John said: ‘He was a wonderful boy who was let down by the school – particularly the head teacher.’

Mr John called for the resignation of Ashley Howells, the headteacher of the 500-pupil school.

Teachers and paramedics fought to Bradley after he was discovered in the toilets, but the ‘charismatic and wonderful’ boy was declared dead in hospital.

Mr John, Master of the Carmarthenshire Hunt until fox hunting was banned in the UK, has been shown CCTV of his son walking out of the classroom moments before his suicide. 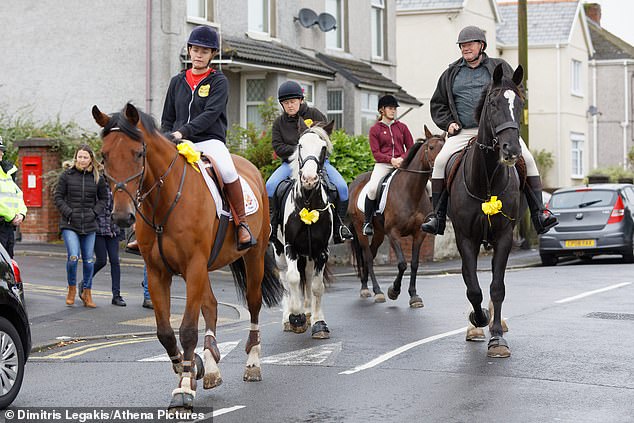 He told protesters: ‘Bradley left that room distressed as he went towards the toilet where he took his life.

‘It’s on CCTV, we’ve got the footage, they cannot deny it.’

Mr John was joined on horseback with partner Kate Pickard, Bradley’s sister Danielle and Annie Thomas, an organiser of the Blow for Bradley Campaign, which campaigns against bullying.

The campaign gets its name because the teenager was known for blowing his horn while clean boot hunting, the cruelty-free activity which replaced foxhunting.

A small crowd of protesters from the campaign held a minute’s silence for the schoolboy as three police officers stood by. 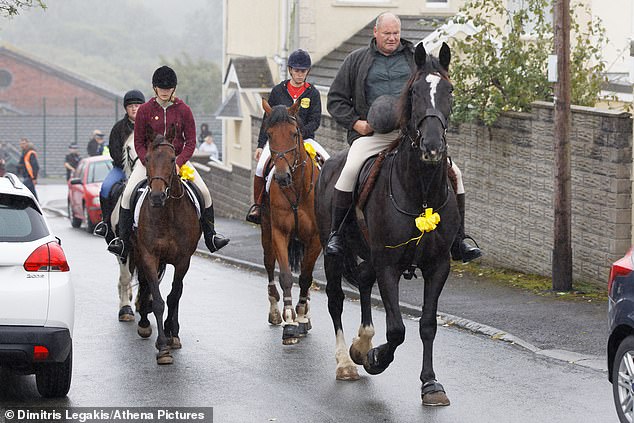 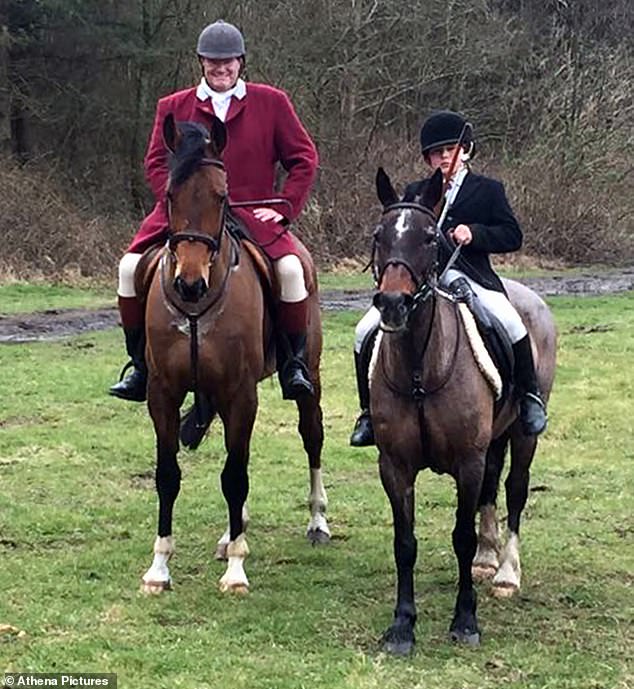 Mr John (pictured with his son) called for the resignation of Ashley Howells, the headteacher of the 500-pupil school 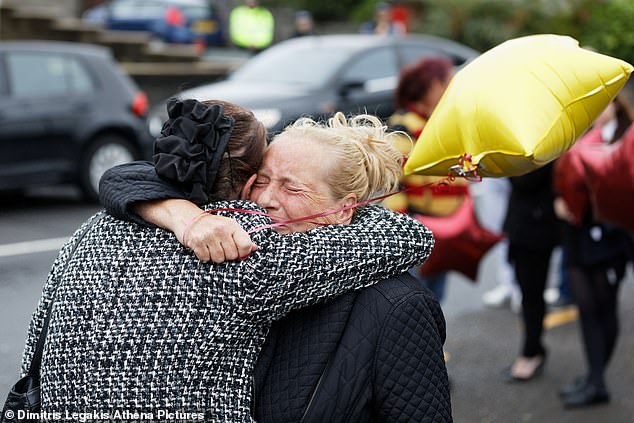 Mr John told supporters that a parent had visited the school earlier in the day to complain that her child was being bullied.

He said: ‘It’s still going on. We are here today to celebrate Bradley’s life but we want justice for him and to stop another tragedy.

‘It has been a year and we are still waiting for answers, the school is doing nothing to help a grieving family.

‘In fact they are trying to obstruct us from finding out what happened on that awful day.’

Mr John, of Ammanford, Carmarthenshire, claims he was arrested by Dyfed-Powys Police over his campaign for justice.

He said: ‘A file of evidence was sent to the Crown Prosecution Service who threw it out.

‘The school is not going to gag me. I’ve told them I will be a bigger thorn in their side than Henry VIII’. 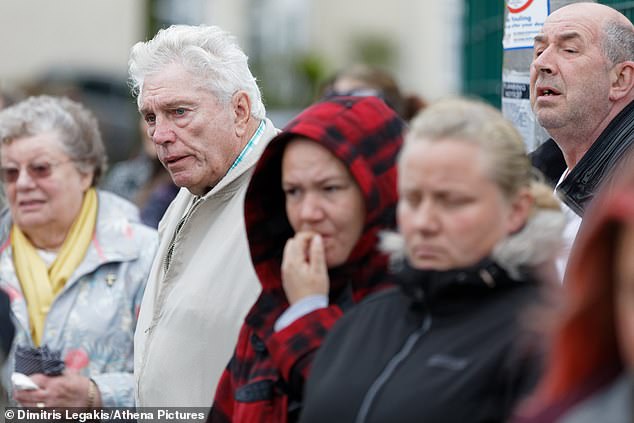 Mr John, a close friend of Queen guitarist and animal rights campaigner Brian May, has asked his MP and Welsh Assembly member to push for answers about his son’s tragic death.

Police are continuing to investigate and an inquest is due to be held next year.

Carmarthenshire Council has confirmed it is aware of the concerns over bullying but will not comment further until an inquest is held.

Ashley Howells, Headteacher of St. John Lloyd Catholic Comprehensive School, said: ‘Our thoughts today are with the family and friends of Bradley John, a year to the day since he passed away.

‘Pupils and staff spent part of the morning registration and assembly period remembering Bradley as part our daily reflection.

‘A very small gathering assembled at the school gates this morning to pay their respects to Bradley.’

Coronavirus – Passenger on evacuation flight from Wuhan to San Diego is 13th confirmed US case as death toll hits 1,000 – The Sun

Brick hurled through window of UK home with anti-Brexit posters

March Madness bracket predictions 1.0: Projecting the Field of 68 for the 2020 NCAA Tournament