Drunk female Royal Navy sailor, 31, who sexually assaulted three male colleagues during cold weather expedition in Norway is kicked out of the military

A female Royal Navy sailor has been dismissed for sexually assaulting three male colleagues after a drinking session during a cold weather survival expedition in Norway.

Able Seaman Jodie McSkimmings, 31, straddled one sailor and pinned him on a bed before groping him and two others during a drunken ‘spree’, a court martial heard.

McSkimmings committed five offences over the space of five hours after drinking at least six cans of beer and a bottle of wine.

It saw her demand kisses from male colleagues, refusing to take no for an answer and then trying to undress them.

As well as the three sexual assaults, she also tried to sit on a Sergeant’s lap before hitting him and then punched a Corporal full in the face while holding a beer can.

AB McSkimmings was based at HMS Neptune, the shore establishment at HMNB Clyde, when she was deployed with the 45 Commando Royal Marine Regiment to Norway in 2020.

Prosecutor Lieutenant Colonel Michael Culver said her first victim saw her ‘swigging from a bottle of wine’ before inviting him into one of the bedrooms during the deployment.

LtCol Culver told Bulford Military Court, Wilts: ‘After about five minutes of normal talking she then began to repeatedly and explicitly seek not just a kiss but also sexual relations with him. 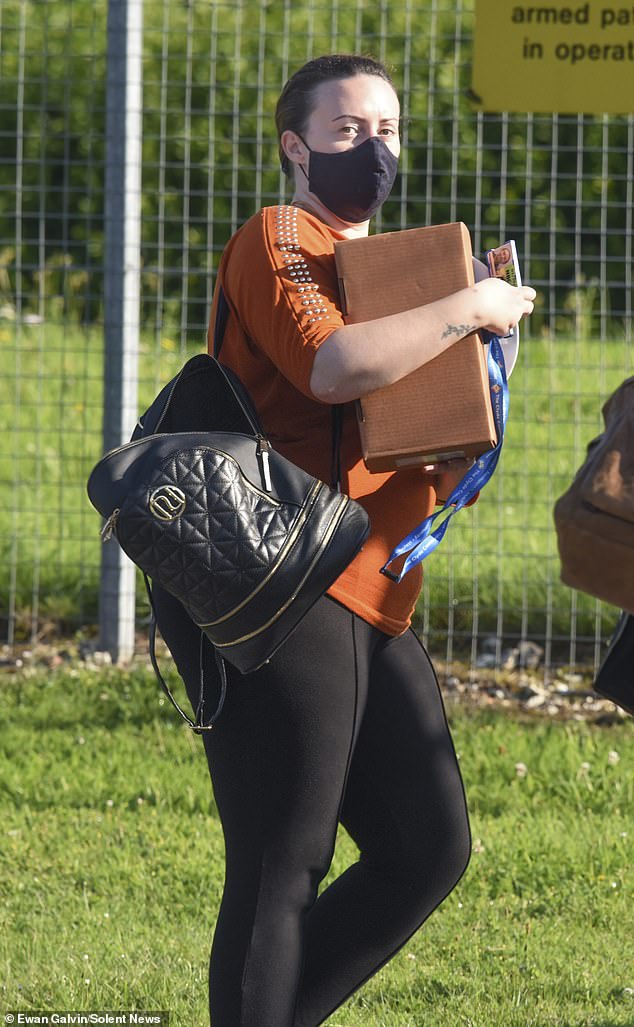 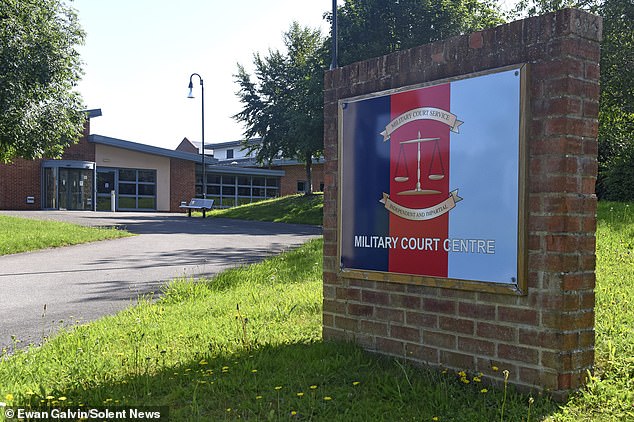 ‘He said to her repeatedly that he refused and said she was drunk.

‘She nonetheless proceeded to straddle him, using her body weight to pin him on the bed. She kissed his mouth and put her hand inside his t-shirt to try to unbutton his trousers.

‘She placed his hand on her buttock. He objected several times and then she did stop but proceeded to hurl abuse at him.’

The court heard she later invited another male colleague into the same room where the first sexual assault happened.

LtCol Culver added: ‘He declined but she was insistent and he complied with her request in order to keep her calm.

‘Again she asked initially for a kiss, he said no and that he had a girlfriend.

‘She repeated and was persistent in demanding kisses.

‘She said ‘it’s only me and you here and nobody needs to find out’. He said ‘that’s not the point, I don’t want to’. 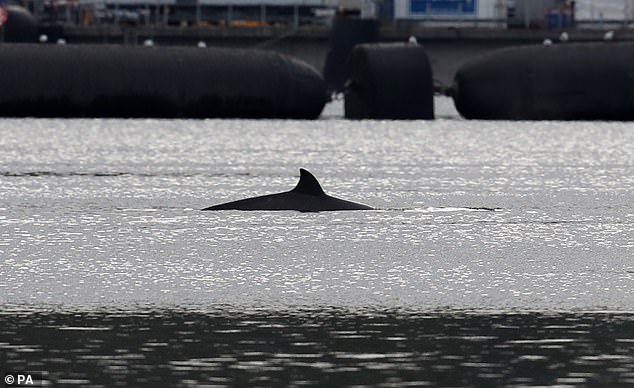 ‘He said he was going to leave and she placed her left hand on his crotch.

‘He said ‘what are you doing’ and asked her to get off him and she left the room muttering after that, leaving him shocked.’

Later that evening, at about 7.30pm, AB McSkimmings was taking part in a quiz in the mess hall.

The court heard she tried to sit on the lap of Sergeant Scott Mitchell but he told her he ‘wasn’t impressed’.

LtCol Culver added: ‘Sgt Mitchell describes a punch at 100 per cent force to his lower back. He asked her what was that and she said ‘I will fucking do you in, you are taking the piss out of me’.’

The officer told her to calm down but she then turned her attention to Corporal Stewart Duggans, who was also on their quiz team.

The court heard: ‘She stared at him for two seconds and punched him in the face with a hand in which she was holding a beer can.

‘She punched him with enough force to completely crush the beer can, dispensing beer over his face and clothes.’

Later that evening, at about 9pm, AB McSkimmings entered the room of another male colleague.

LtCol Culver added: ‘She started trying to unzip his trousers and he objected, saying he had a girlfriend.

‘He pushed her hand away and she attempted to grab his zip a further two more times.

‘He felt shocked, confused and uncomfortable. She eventually stopped and stood up, walked out the room and as she did so she said ‘f**K you then’.’

She admitted three charges of sexual assault, a charge of battery and a charge of using violence against a superior officer.

Mitigating, James Cassels said AB McSkimmings was in a ‘head on’ car crash in December 2019 so was ‘vulnerable’ when she joined the 45 Commandos in Norway in January 2020.

He outlined a history of mental health issues including depression and said she was still struggling with this at the time of the incidents due to suffering ‘misogynistic bullying’ from colleagues.

He said: ‘This is a fairly depressing case for me to dealt with and I have dealt with many.

‘She was the only female out and about with them… she felt isolated… she felt she was put down.

‘People were sexually abusive, verbally and misogynistic and this undermined her confidence to such an extent that she felt totally isolated.’

He explained she had been on a museum trip that morning and had had about six beers before heading back to camp, where she drank a bottle of wine and the incidents began.

Sentencing her, Judge Advocate Alistair McGrigor said: ‘Over a period of five hours you were, and remained, so intoxicated that you had no recollection of the events.

‘These are very serious matters, both of a sexual and violent nature. We accept that challenging behaviour by your male colleagues took place that significantly impaired your mental health.

‘You say you drank to block out the misery you found yourself in but you did so voluntarily.’

She was dismissed from the Royal Navy and ordered to do 120 hours of unpaid work and 20 rehabilitation days.

Simon Cowell's ex-girlfriend Jasmine Lennard is in storm over Airbnb