A TRAPEZE artist plunged 30 feet to the ground in front of horrified families during an accident at a circus last night.

An air ambulance was called out after the performer, who was entertaining a crowd in Sheerness, Kent, fell from the roof of the big top. 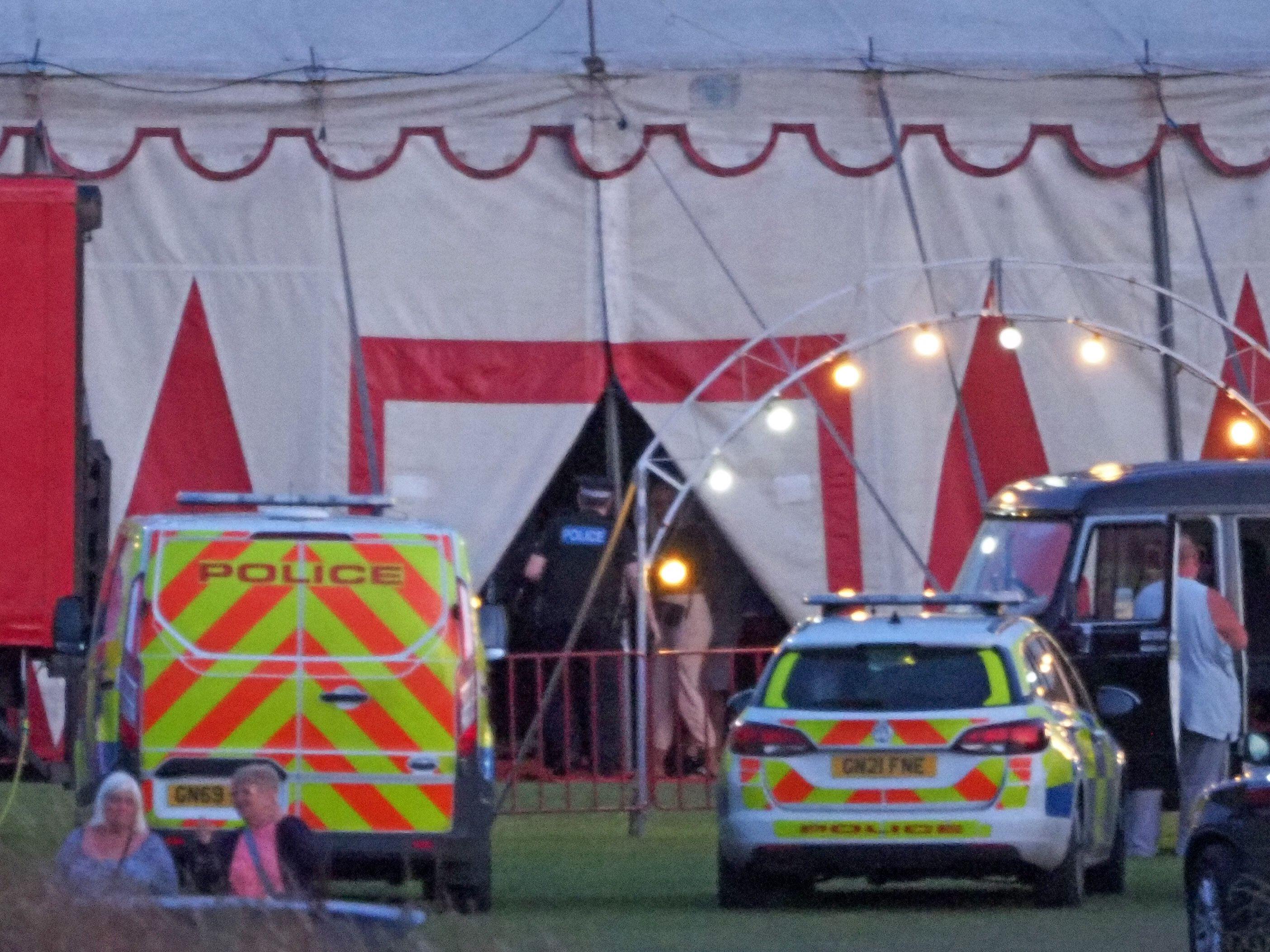 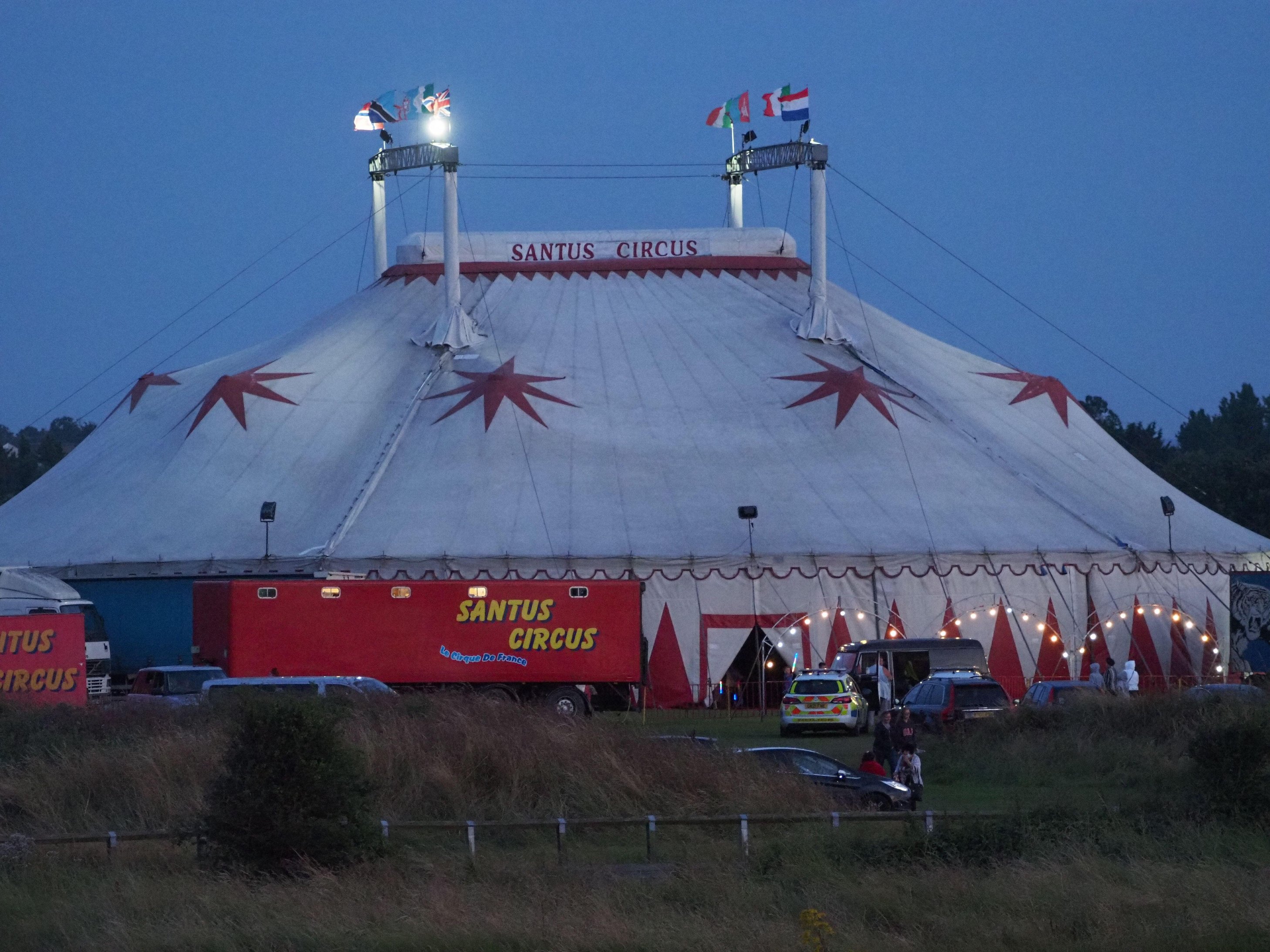 An off-duty firefighter was among the audience members who rushed to her aid.

Despite the distance, the young woman, who works for Santus Circus, was later seen speaking to medics and moving her feet.

She was assessed at the scene before being taken to Medway Maritime Hospital.

It's believed she suffered a broken shoulder and possible spinal injuries.

Following the incident, a number of marked police cars were seen outside the huge tent late into last night.

One woman who visited the circus with her family posted on social media: "Just witnessed a horrifying incident where a trapeze artist has fallen a good 30ft straight onto the floor.

Another said: "Hoping that beautiful talented young girl is ok."

And a third said the performer "definitely" suffered a broken shoulder and wrist in the fall.

They wrote: "She was moving her legs by the time we were leaving, so that's good to be a good sign.

"She was talking to people too.

"Thank goodness there was an off-duty fireman and ambulance driver there."

Those who attended with children said little ones had asked anxiously about the young woman before they went to sleep.

Almost 40% of cases are among holidaymakers from Spain and Portugal

Britons will enjoy balmy 25C this weekend thanks to African plume