Wonderbra has sparked fresh controversy with their new ‘Hello me!’ campaign aimed at ‘female self-empowerment’ after feminists branded it as the ‘same nonsense, different era’.

The brand’s old poster, which featured Czech supermodel Eva Herzigova with the slogan ‘Hello Boys’, is being replaced by ‘Hello Me!’ aimed at ’empowering and liberating’ women.

The new posters are set to launch in cities across the UK tomorrow – and Wonderbra bosses admit they have ‘learnt a lot from Hello Boys.’

But feminists say the campaign, which features a woman wearing a strapless bra, is ‘cynical branding’, according to the Sunday Express. 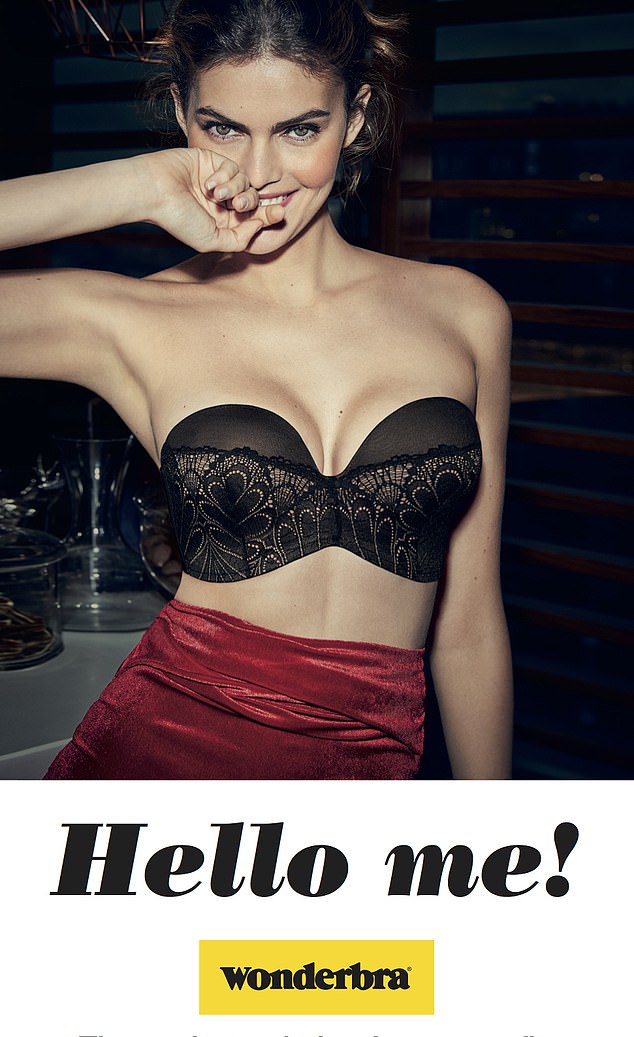 The brand’s old advertising poster ‘Hello Boys’, is being replaced by ‘Hello Me!’ aimed at empowering women

Feminist activist Julie Bindel, co-founder of legal reform group Justice for Women, said that women will not be fooled into thinking the advertisement is ’empowering’.

She told the Sunday Express: ‘Wonderbra’s “Hello Boys” advert, the scourge of the feminist movement throughout the mid-1990s, was so sexist it was almost a parody.

‘We are being fed the guff that the new slogan is less about appealing to sleazy men and more about targeting “empowered, liberating women”‘.

‘If you ask me, (this) is the same nonsense, different era.’

The brand’s old advertising slogan, which featured supermodel Eva Herzigova with the slogan ‘Hello Boys’ and was voted the most iconic poster of all time by the public

But Wonderbra says it does not objectify women and that their bras help them to feel sexy and confident on their own.

Heather Nogeuira, marketing chief at the branch of US parent firm Hanesbrands, defended the posters and said the sexist ‘cliche’ of their old campaign would be replaced by women feeling sexy on ‘their own terms’.

Despite the controversy surrounding ‘Hello Boys’, which was blamed for stopping traffic and causing road accidents, it was voted the most iconic poster of all time by the public. 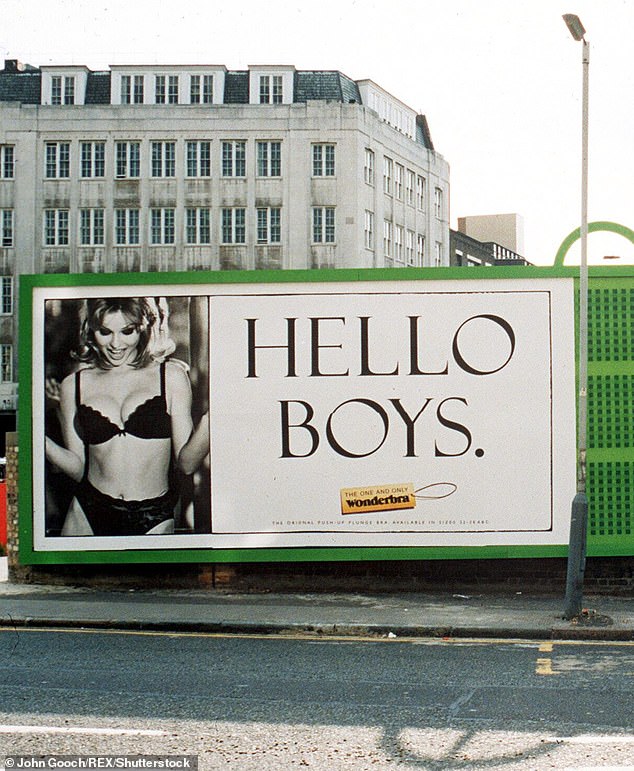 Kim Jong Un’s sister warns U.S. not to 'cause a stink'