A BENGAL tiger has been spotted stalking past houses in Texas after escaping from a private zoo.

The wild cat was caught on camera prowling in the Houston neighborhood as a man aimed a gun at the "aggressive" beast. 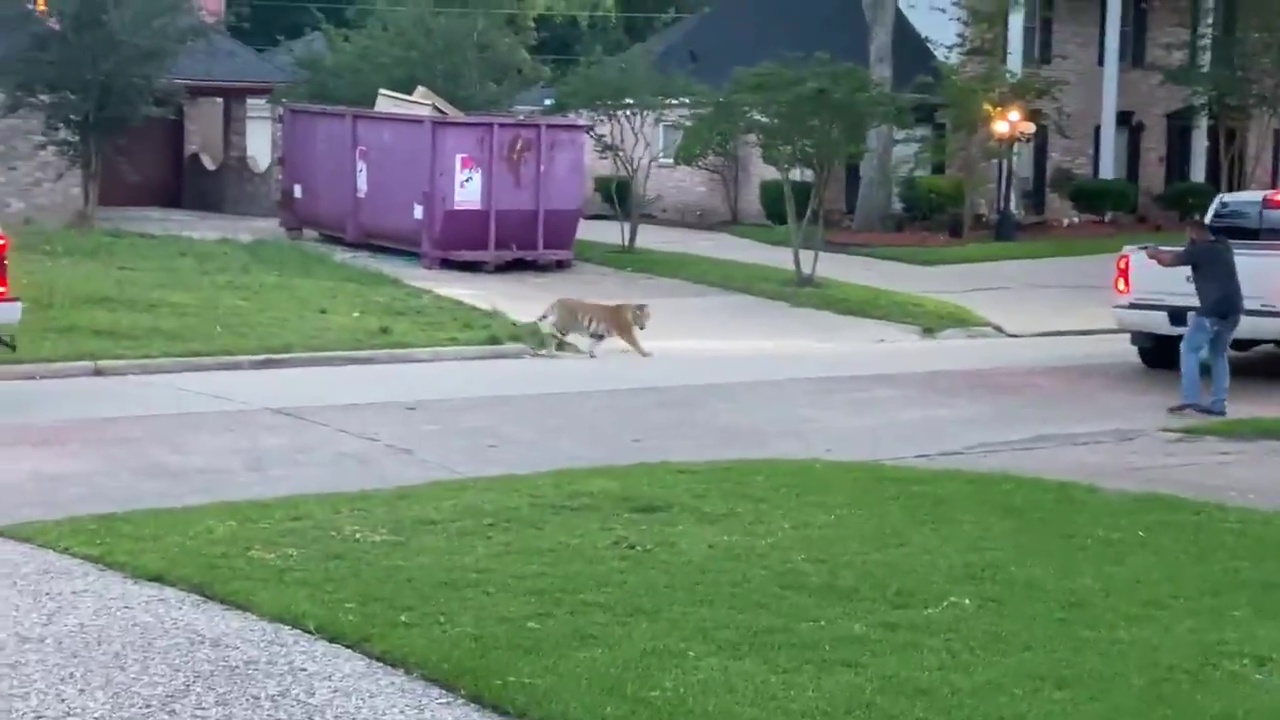 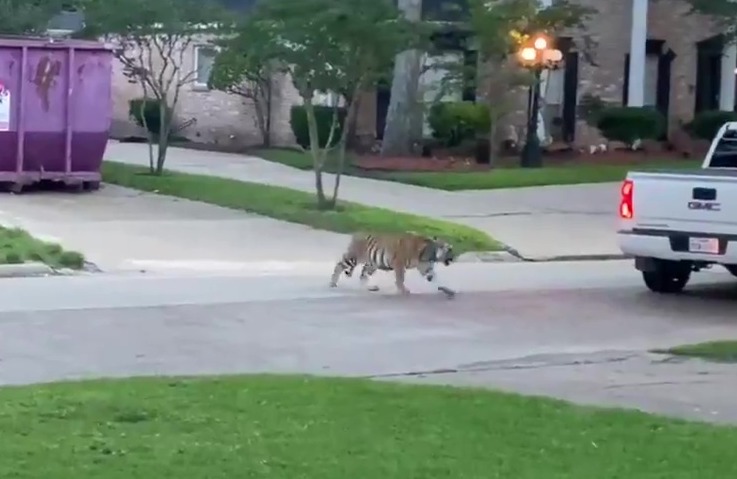 Another person, who appears to be the owner of the tiger, replies "I'll get him, I'll get him".

Panicked neighbors called police after they were alarmed to see the animal laying on a lawn in the residential area at about 8pm last night.

Cops were told the tiger "had a collar around its neck" and was "looking aggressive", reports the Houston Chronicle.

The worried caller also said that people were "starting to show up with guns".

No shots were fired during the 42-second clip being circulated on social media.

According to police, someone identified as a suspect pulled up in a white Jeep Cherokee and took off with the animal before they showed up in Ivy Wall Drive.

Up to 5,000 tigers are thought to be in captivity in the US – an issue Netflix series Tiger King highlighted.