This is the moment a 15ft long crocodile was caught four days after it is believed to have eaten a fisherman.

Locals began hunting the 1,100lb reptile on Tuesday after the mutilated body of Cornelio Bonite, 33, was found on a river bank in the Palawan region, Philippines.

The victim’s right arm and left foot were missing. The beast was trapped on Saturday morning and hauled ashore before being taken into captivity – where vets will begin the grim task of establishing what its last meal was. 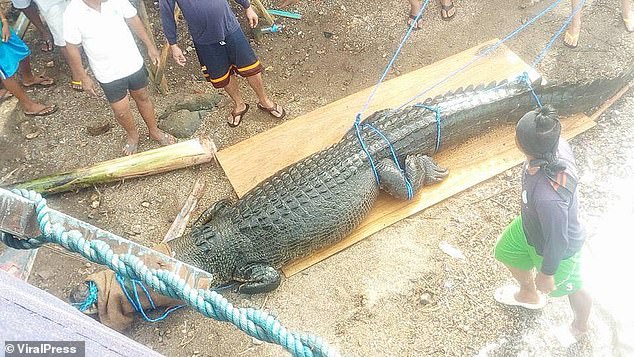 The enormous 15ft long beast was discovered by locals in Palawan region, Philippines, four days after it was believed to have killed a fisherman 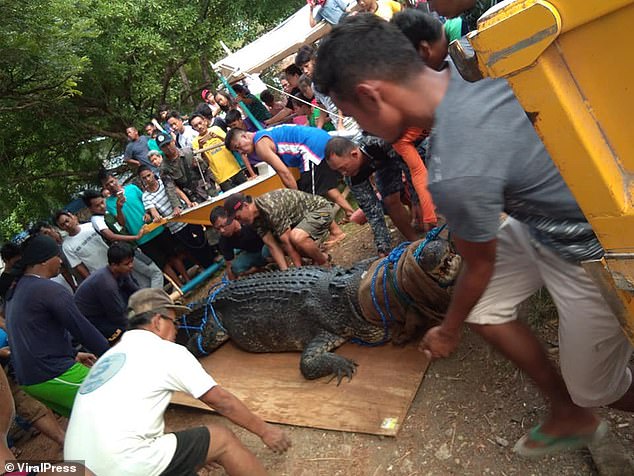 Local trawler-man Vincent Pamplona said: ‘The crocodile was a threat to humans so we were determined to catch it. People were afraid. I am sure the crocodile ate the fisherman.

‘I am relieved that the crocodile has been caught. But there are many, many more crocodiles in the river, so fishing is dangerous.’

Jovic Fabello, spokesman for the Palawan Council for Sustainable Development Staff (PCSDS), said the saltwater crocodile has been estimated to weigh around 1,100lbs. It was found in an estuarine river after being trapped by experts from the Palawan Wildlife Refuge and Rescue Center (PWRRC).

Jovic said the crocodile will be taken to to Puerto Princesa City today where it will undergo a ‘gastrointestinal decontamination’ procedure to inspect the content of its stomach. 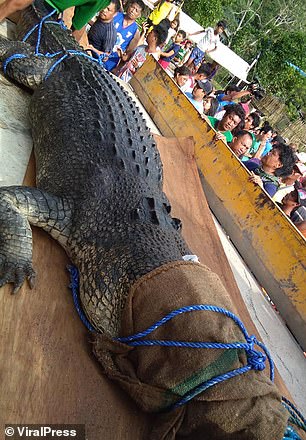 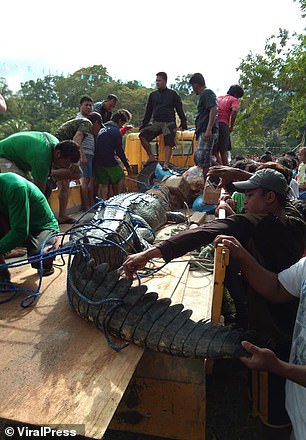 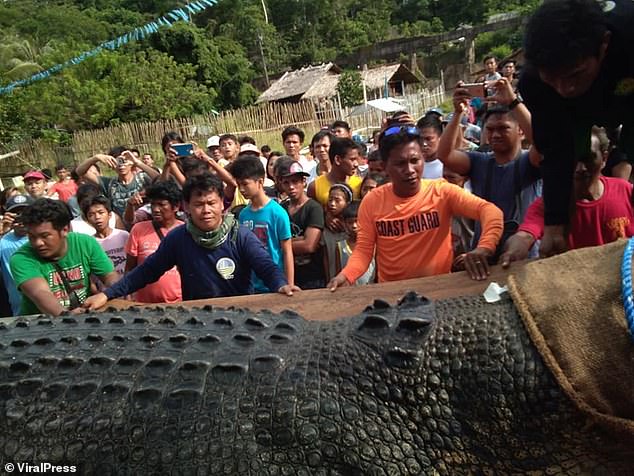 The saltwater crocodile has been estimated to weigh around 1,100lbs according to an environment spokesperson

He said: ‘We have yet to determine its gender. We are still arranging its cage / housing. Once it arrives here on Monday, we will determine that and we will conduct a health check.

‘We will also be able to confirm whether or not it killed the fisherman that was found dead in the area.

‘The crocodile will remain under the custody of authorities there. They cannot transport the crocodile because of the strong current. It needs to be kept away from people. It cannot be exposed to people because they might harm it.’

Ensign Allison Tindog, spokesperson of the Coast Guard District Palawan, said that the crocodile will be transported to Puerto Princesa by the Parola-class patrol vessel BRP Cabra.

He said: ‘The Coast Guard through the leadership of Commodore Allen Toribio will help in transporting this large crocodile to Puerto Princesa on Monday. It will be here in six to eight hours.’ 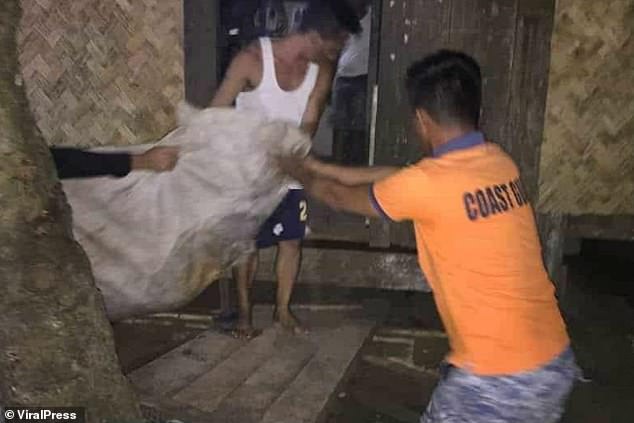 The body of Cornelio Bonite, 33, is recovered with a missing arm and leg after the suspected crocodile attack in Palawan, Philippines 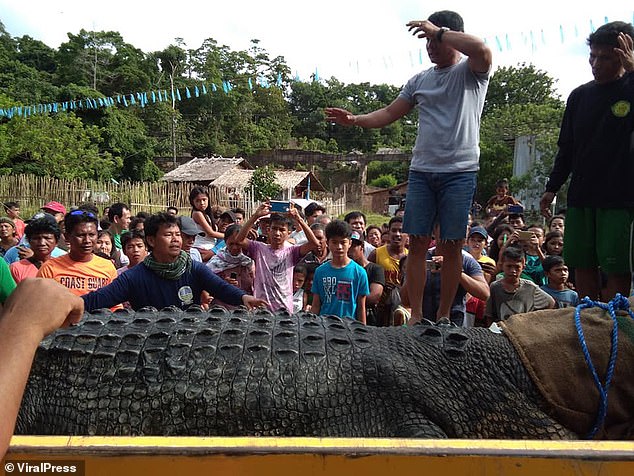 What does on remand mean in UK courts?