Fiona Bruce has blasted the BBC’s gender pay gap as ‘unacceptable’, and insisted the corporation will have a female director-general in the next 10 years.

The Question Time presenter was this week revealed as having one of the biggest salaries at the BBC, but four of the top five highest earners are men.

Radio 2 presenter Zoe Ball is the only woman at the corporation to pocket more than Bruce, who herself has been something of a pioneer, becoming the first female presenter of the News at 10 back in 2003.

As well as Question Time, which returns tomorrow night, the 56-year-old also presents The Antiques Roadshow and Fake or Fortune and while she says the corporation has made progress towards equality in recent years, there is still plenty of work to do. 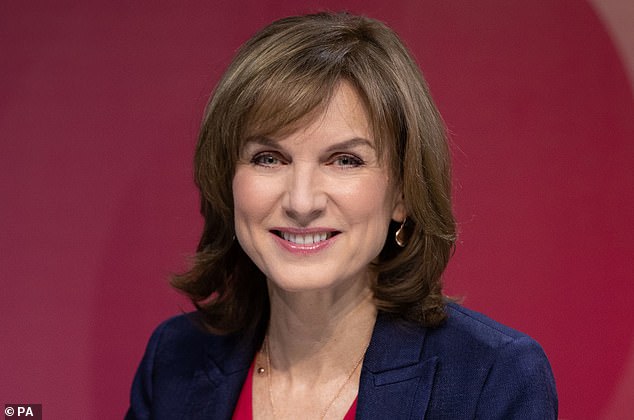 Fiona Bruce has blasted the BBC’s gender pay gap as ‘unacceptable’, and insisted the corporation will have a female director-general in the next 10 years

The lack of diversity in the top-10 list of highest-paid BBC stars means the BBC has more ‘work to do’ on the issue.

‘We made good progress, if you look across the industry we’re in a good place, but we’ve got work to do,’ he said.

Earlier this year the BBC announced it will set aside £100 million for ‘diverse and inclusive content’ as part of its response to the killing in the US of George Floyd.

The sum, from its existing commissioning budget, will be spent on TV output across all areas, including children’s, education and current affairs, for three years from 2021/22.

Last month, then director-general Lord Hall apologised for a news report which contained a racist term

More than 18,000 people complained to the BBC over the broadcast, where social affairs correspondent Fiona Lamdin repeated a racial slur.

She told the Standard: ‘It is unacceptable for there not to be equal pay.

‘The BBC has made great strides forward in that territory, especially in the last three years — there is now a representation of women that there wasn’t three or five years ago but it still has a way to go.’

The corporation came under fire after it published its accounts yesterday, showing that staff pay had soared 3.5 per cent to £1.5billion this year – while bosses push ahead with plans to strip a million over-75s of their free TV licences.

It revealed that Ball is now the top earner after pocketing a £1m pay rise, knocking Match of the Day’s Gary Lineker off the top spot.

The BBC has been trying to level up the pay of male and female stars to repair damage to the corporation’s reputation and reduce discord among staff.

Equality issues led to the BBC handing out a settlement to former China editor Carrie Gracie in 2018 and then earlier this year losing an equal pay tribunal case to Samira Ahmed.

The publication comes barely a fortnight after new director-general Tim Davie took the reins and the corporation boss yesterday defended Ball’s huge pay rise after she shed nearly a million listeners in the first year in her new role, saying it was a ‘punchy’ market.

Mr Davie’s appointment, announced earlier this summer, came as something of a disappointment to those who were hoping a woman would be given the top job for the first time, with director of content Charlotte Moore having been in the running.

Bruce didn’t go as far as to say that herself, but was adamant that he would be succeeded by a woman at some point over the next decade.

She said: ‘Tim is a really, you know, a good fit for the job, actually. I am interested to see what he does. Of course we will have a female director general in the next 10 years. I am sure.’ 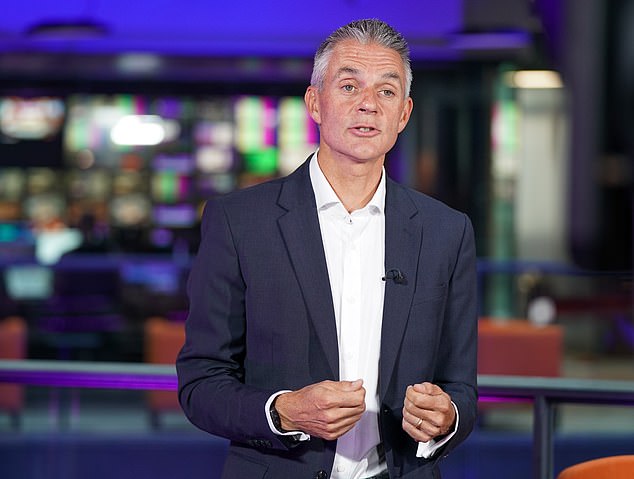 Bruce said current director-general Tim Davie, pictured, was ‘a good fit for the job’ but said she was ‘sure’ he would be succeeded by a woman over the next decade

In July, the BBC announced a huge shake-up of regional TV news and local radio in England which will lead to 450 job cuts.

Changes will see one instead of two presenters fronting 6.30pm regional TV news bulletins as the corporation looks to make £25million in savings.

Inside Out, the regional current affairs magazine show made in 11 different regions, will be axed and replaced with a new investigative journalism programme from six hubs.

A ‘simplified schedule’ introduced on local radio during the pandemic, with single instead of double presenters and a reduction in the number of shows, will become permanent.

Other detractors have pointed to the BBC’s shocking push to strip 1.5 million pensioners of their free TV licences as the BBC seeks to capture younger audiences in its war with Netflix.

Asked about the likes of Lineker still earning more than £1million, even after a pay cut, Mr Davie said he would expect ‘people to come to the BBC at a significant discount to what they’d get in the open market’.

But he added: ‘We will invest in very limited situations in particular markets to ensure we have got the best talent.’

BBC News at Six and Ten