Five Guys has apologised to two of the seven pantomime dwarves in Snow White after staff at a branch allegedly mocked them about their height.

Ben Goffe and Craig Garner had gone into a branch of the burger chain in London’s West End in between rehearsals for the show at the Palladium.

But they were left upset on Wednesday by staff at the outlet who apparently started laughing at them, and disability campaigners have since blasted the chain. 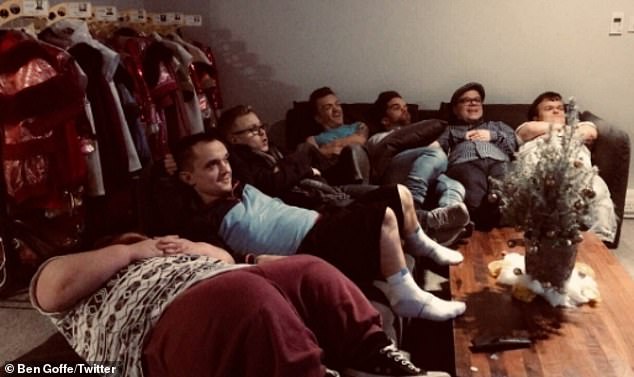 Ben Goffe and Craig Garner, who are pictured backstage during rehearsals for Snow White at the London Palladium this Christmas, were upset by their treatment at a Five Guys branch 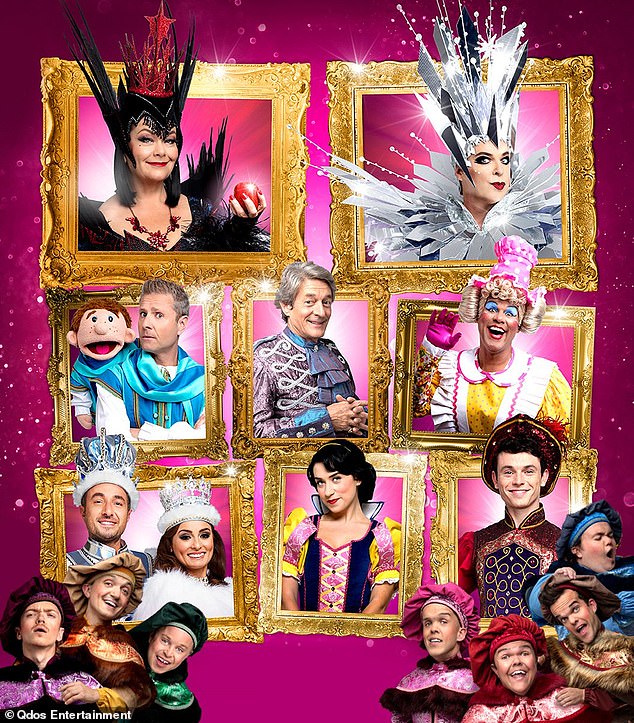 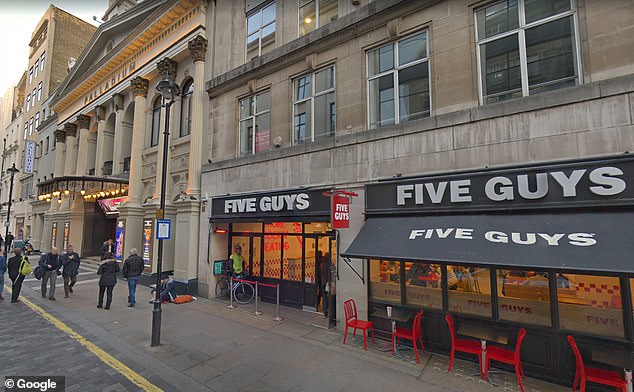 Goffe, 28, who played a moving portrait in Harry Potter and the Prisoner of Azkaban, tweeted: Absolutely disgusted with treatment I received from Five Guys.

‘Staff were laughing at myself and my colleagues because we’re short. Do they always laugh at their customers if they have a disability?’

Craig, 33, who was in two Potter films as Daniel Radcliffe’s double, added: ‘Very disappointed to walk into Five Guys, only to be laughed at by some of the staff.

‘I was with cast members as we’re appearing at the London Palladium in Snow White. Is this normal protocol when greeting customers?’

A friend told the Sun: ‘They were so upset they left. They won’t go there again. Unfortunately this sort of thing happens a lot.’ 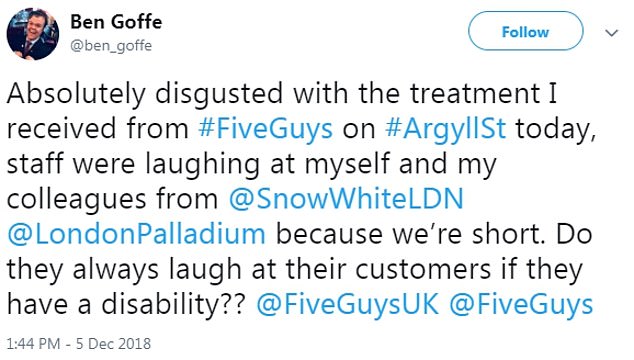 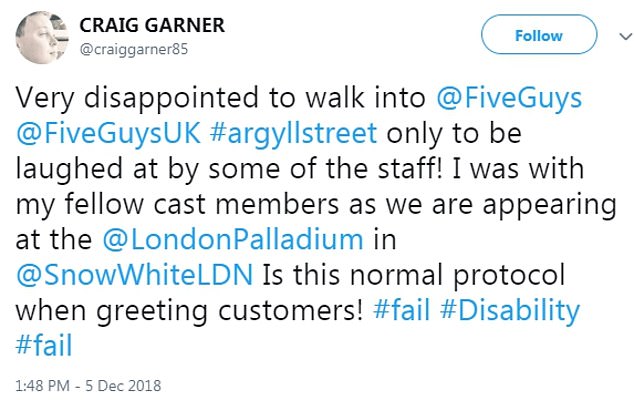 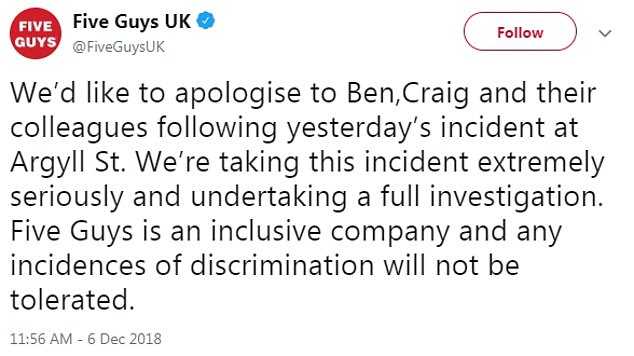 It came ahead of the stage production, which stars Dawn French as The Wicked Queen and Julian Clary as The Man in The Mirror, opening tomorrow night.

A spokesman for the charity Scope told the Sun: ‘Fast food should never come with a side order of bad, outdated attitudes towards disabled people.’

Social media users also hit out at their treatment, including theatrical agent James Williams, who tweeted: ‘This is appalling, Five Guys. 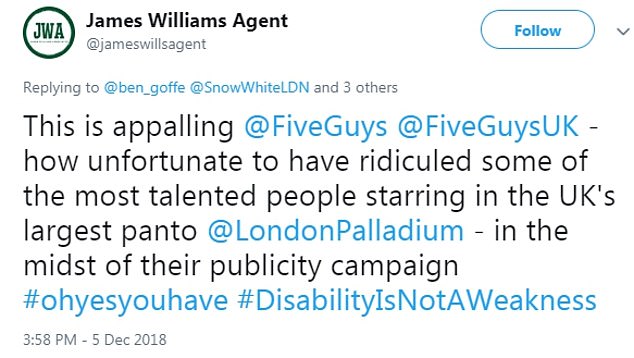 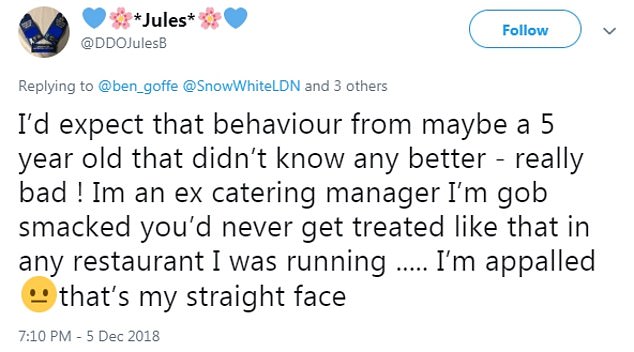 ‘How unfortunate to have ridiculed some of the most talented people starring in the UK’s largest panto at the London Palladium – in the midst of their publicity campaign #OhYesYouHave #DisabilityIsNotAWeakness.’

Father-of-two Neil McManus added: ‘This is disgusting. I hope there is a prompt & effective investigation in to this despicable behaviour. I trust the company has CCTV. People like that should not work in retail. Absolutely disgusting.’

A Five Guys spokesman tweeted yesterday: ‘We’d like to apologise to Ben,Craig and their colleagues following (Wednesday’s) incident at Argyll Street.

‘We’re taking this incident extremely seriously and undertaking a full investigation. Five Guys is an inclusive company and any incidences of discrimination will not be tolerated.’

Who is Keir Starmer’s wife Victoria and do they have children? – The Sun