‘Dames in Jags’: Fleet of stars honoured by the Queen – including Joan Collins, Arlene Phillips and Twiggy – will appear at the Platinum Jubilee Parade in Central London

The Platinum Jubilee pageant will include a fleet of ‘Dames in Jags’ at a parade in London to celebrate the Queen’s 70-year reign.

Dames Joan Collins, Arlene Phillips and Lesley Lawson, better known as Twiggy, will be joining other women honoured by the Queen as they travel in Jaguars down the Mall as part of the ‘People’s Pageant’ on Sunday June 5.

The Mail on Sunday has learnt that This Morning host Holly Willoughby, Strictly Come Dancing judge Shirley Ballas and celebrity chef Rick Stein will also participate in the concluding section – or Act – of the parade.

Entitled Happy and Glorious, it is billed as ‘a finale like no other’.

Organisers promise the Pageant will have ‘all the excitement and spectacle of an international parade and carnival – awe-inspiring and filled with marvel and delight’.

Sir Michael Lockett, co-chair of the Platinum Jubilee Pageant, told The Mail on Sunday: ‘We have around 150 national treasures and household names involved but we resisted that for a long time. We spent a long time fending them off, to be honest. 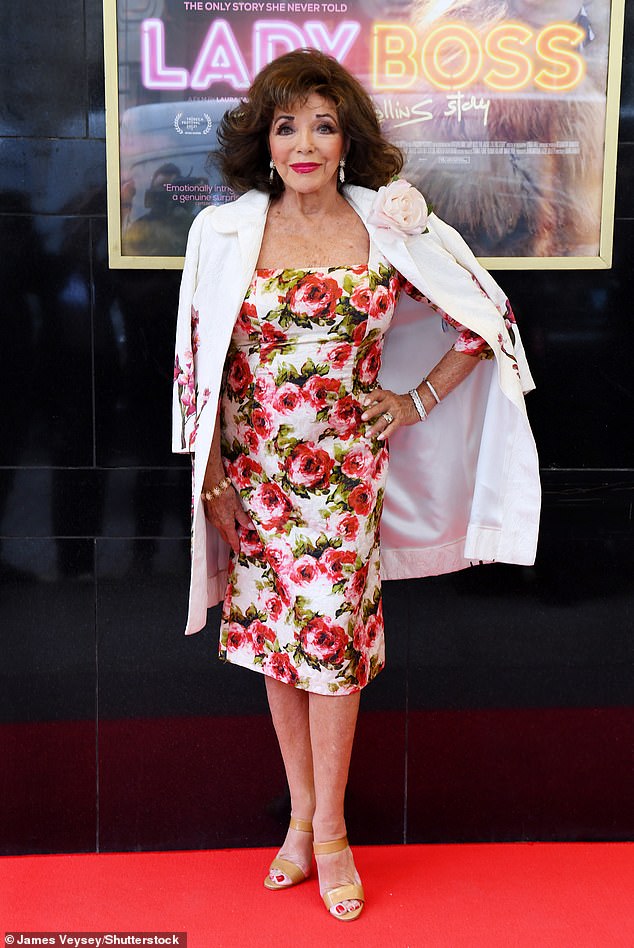 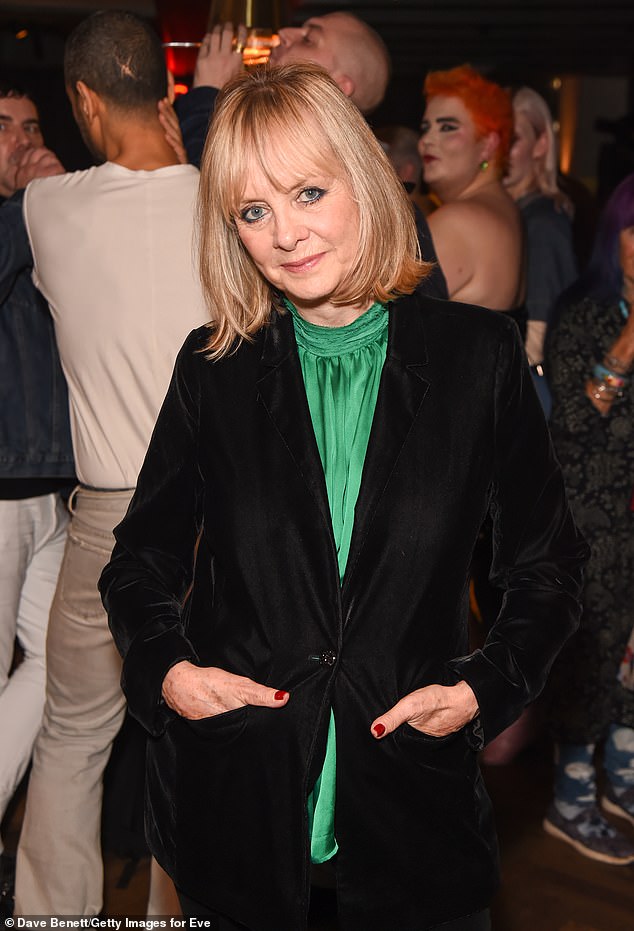 ‘We wanted it to be the People’s Pageant, not just about well-known faces, because we have our celebrity and she’s the most famous stateswoman in the world. The Queen has served with more power and conviction than anyone else.

‘And the celebration will be magical because, let’s face it, there has never been a Platinum Jubilee before and there may never be one again.’

The Jubilee Pageant will be only the eighth such pageant in history.

The first was held for George III in 1809, two were put on for Queen Victoria on her Golden and Diamond Jubilees in 1887 and 1897, one for George V’s Silver Jubilee in 1935 and this will be the fourth for the present Queen.

Sir Michael Morpurgo, the children’s author, was hired to write the story for the Pageant, which has been organised into four acts: For Queen and Country, The Time of Our Lives, Let’s Celebrate and Happy and Glorious.

Huge puppets – including giant corgis – will be paraded along the route of almost two miles. Acrobats and BMXers will also perform along the way.

Giant TV screens will be erected around the country for people to watch the Pageant, which is expected to draw around a billion television viewers around the world. 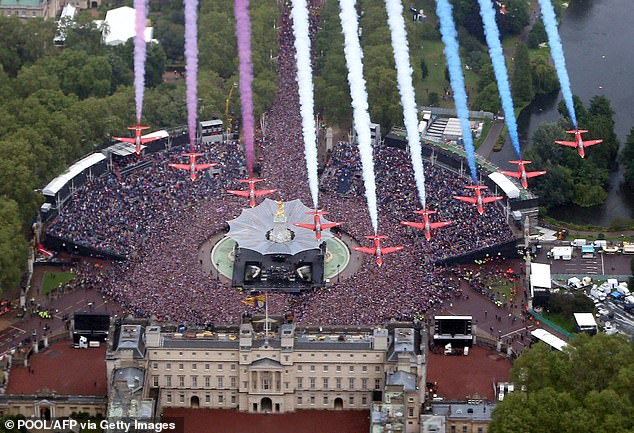 The celebration will culminate with Ed Sheeran leading a singalong finale.

Sir Michael, who previously worked on the Golden and Diamond Jubilee Pageants in 2002 and 2012, said he hoped for better weather this year than there was a decade ago when 670 boats travelled down the Thames in a very cold and soggy River Pageant.

‘Science and technology is of course so far more advanced than ten years ago,’ he said.

‘But this parade is much trickier than boats along the Thames as it’s all happening within a very small footprint.

‘This is like an Olympics opening ceremony on the move, and it’s a massively complex operation to bring everyone together at the right time without having a full dress rehearsal.

‘It’s a live event so it is not an exact science but in Britain we have the most creative events organisers in the world, without a shadow of a doubt.’

A spectacular six-minute flypast over Buckingham Palace will end the Queen’s birthday parade on the first day of Platinum Jubilee celebrations.

More than 70 RAF, Army and Royal Navy aircraft will follow the traditional parade down the Mall on June 2.

The display of three times as many aircraft as appeared in the Queen’s last birthday flypast in 2019 will include an aerobatic performance from the Red Arrows.

Helicopters and aircraft used in the evacuation of Britons from Afghanistan, support for Ukraine in its war with Russia and during the pandemic will also take part.

The flypast will feature highlights from the history of the RAF, including a display by the RAF Battle of Britain Memorial Flight, which operates Spitfires, Hurricanes and other historic planes.

While the Queen’s appearance on the Buckingham Palace balcony is unconfirmed, the number of Royals will be reduced, with the Duke of York and Duke and Duchess of Sussex excluded.

The flypast will follow the traditional Trooping The Colour birthday parade of 1,500 soldiers, 400 musicians and 250 horses from the Army’s Household Division on Horse Guards Parade.