WITH months of working from home and a seemingly endless amount of free time, lockdown – for many – seemed like the perfect time to get a puppy.

But it seems the ‘puppymoon’ is coming to an abrupt end as the country slowly returns to work – and animal charities fear it will lead to pets being abandoned or sold, as owners no longer feel able to take care of them. 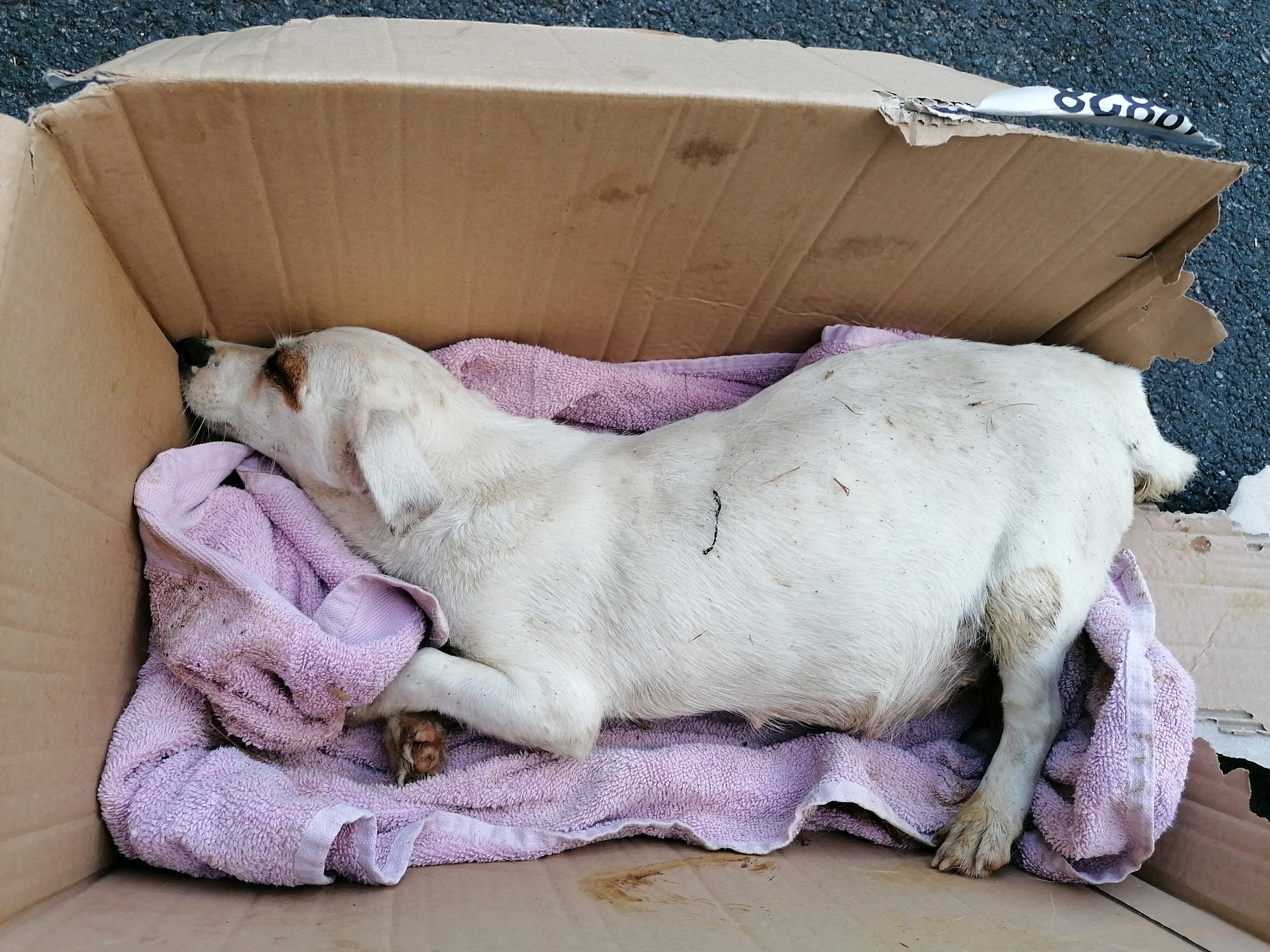 Tragically, the RSPCA has already received reports of thousands of animals abandoned in lockdown – one of which was a pregnant and maggot-infested dog that lost her entire litter of puppies just days later, following the traumatic experience.

Now animal charities right across the country fear these tragic cases will only increase in the months to come, as owners return to work and puppies grow up – with many perhaps struggling with behavioural issues from being cooped inside.

Disgusted Facebook users recently hit out at a dog owner that placed an advert on a local Facebook group in Kent, announcing they were having to sell their 13-week-old fox terrier puppy because, “I’m back at work so do not have the time for him”.

They were selling the “lovely, playful pup” for £250 and said they hadn’t managed to get his injections yet, as vets still weren’t open – and the ad sparked a series of furious responses on the social media site. The original post was later removed from Facebook. 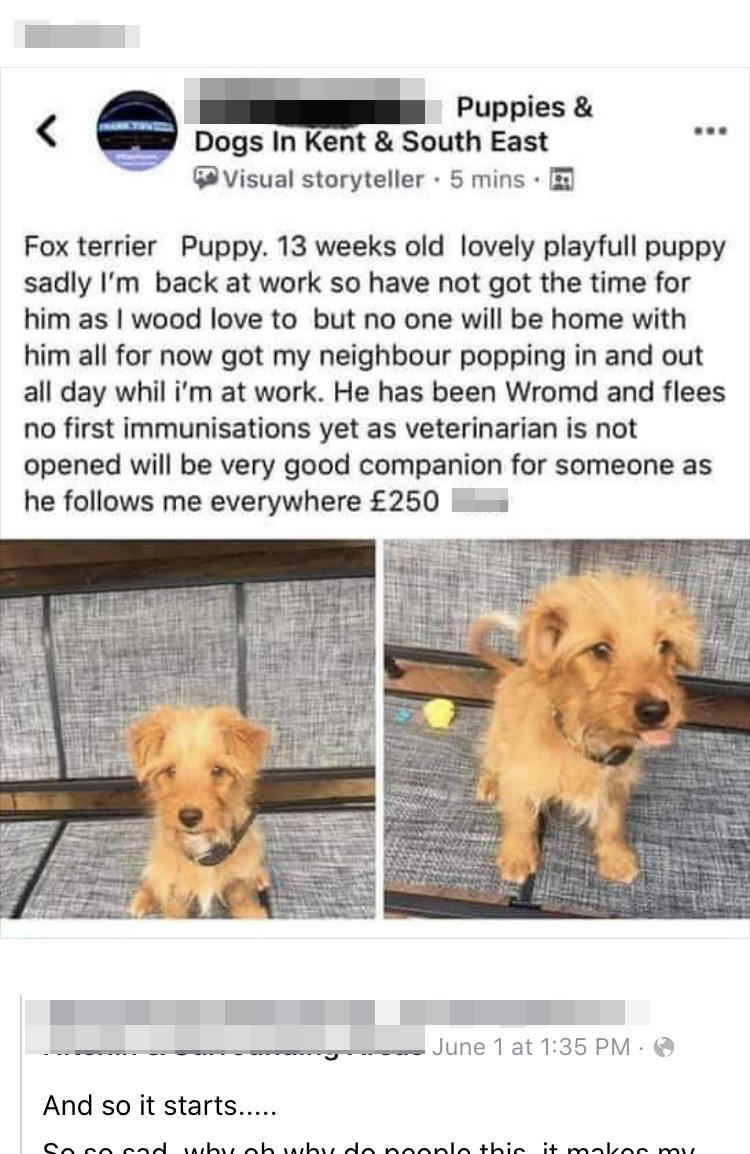 While one person re-posted it and commented: “So it starts… So so sad, why oh why do people do this it makes my blood boil,” another added: “And so it goes on… sadly people don’t think about the future everything is disposable including animals.”

Indeed, the numbers of animals being cared for by the RSPCA has risen by more than 1,500 to 5,600 during the pandemic.

And while 16,519 animals were reported abandoned to the RSPCA between June and August 2019 – around 30 per cent of the total that year – they now fear that number will increase even more this year, as lockdown eases and people continue to struggle financially. 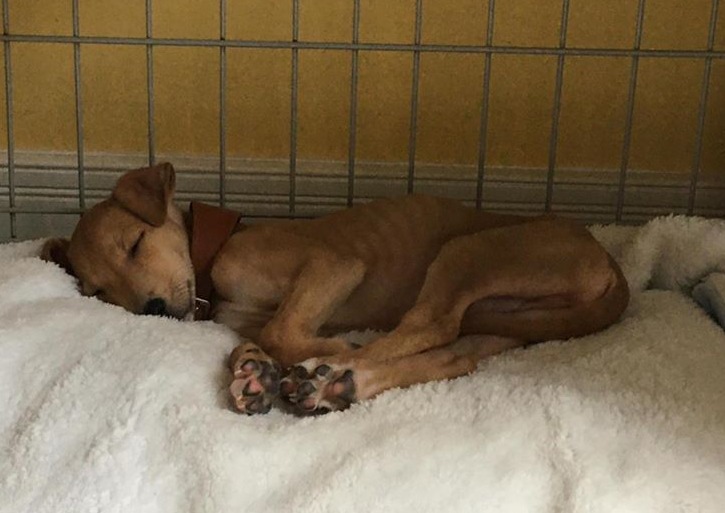 While they’ve so far dealt with fewer abandonments, they fear the coming months will see a massive rise in cases.

There has been a big surge in people buying puppies throughout lockdown, with celebrities including Mark Wright and Michelle Keegan as well as Love Island stars Molly-Mae Hague and Tommy Fury even getting pups.

Sadly, Tommy and Molly-Mae's died just days after arriving from Russia. Mr Chai was the influencer's birthday gift from the boxer, and they had already faced backlash for importing the pet.

Just two days after his arrival, they realised that something "wasn't right" and took the pup to the vet – and were heartbroken when told he'd had a seizure and passed away.

While most people, like these stars, offer pets a loving home, it's not always the case in other households.

Dermot Murphy, head of the RSPCA’s animal rescue teams, tells the Sun: “During lockdown we’ve seen pets become a source of comfort and support for people and it appears many people have taken on new animals.

“Fortunately during this time we’ve dealt with fewer abandoned pets however we are worried that as lockdown eases, people return to work, go on holidays or struggle financially we will be facing a massive surge of animal abandonments.”

‘She was heavily pregnant & covered in fleas and maggots’

The RSPCA saw a particularly tragic case when Penny, a heavily pregnant Jack Rusell, was abandoned in a box on June 26 in a field behind Bagshot Road in Chobham, Surrey.

A dog walker discovered her after spotting his own dog frantically sniffing under a bush. 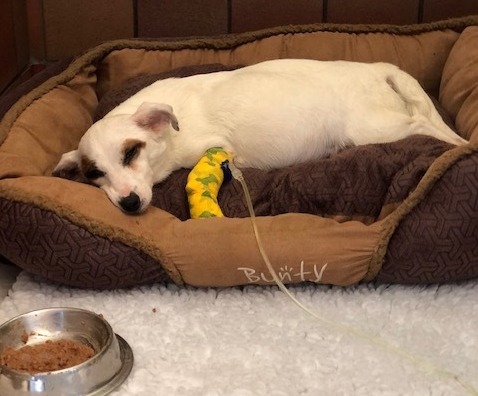 While Penny, who was covered in maggots and fleas, was rushed to a nearby RSPCA centre, it was too late to save her litter of puppies – with all of them dying just days later.

The Millbrook centre's deputy manager, Liz Wood, says: "She looked gravely ill and was hardly responding to us.

“We rushed her to a veterinary surgery where they discovered she was covered in fleas and maggots, was dehydrated and had critically low blood glucose levels.

"The vet team put her straight on a drip to get vital fluids into her little body. A scan showed Penny was carrying six puppies. Just a day after she was rescued, she gave birth, but very sadly none of the puppies survived.”

She was covered in fleas and maggots, was dehydrated and had critically low blood glucose levels.

Liz adds: "Had she been taken care of properly all of her puppies may well have survived. Thank goodness Penny was found when she was, otherwise she too may not have pulled through."

Dermot is now urging anyone struggling with their pet to ask for help, and says: "Animals have been there to help us through the crisis, please don’t abandon them now.”

‘He was cold, hungry and had a hernia’

Another 7-week-old pooch to be abandoned in lockdown was adorable lurcher Peanut, who was rescued by Birmingham Dogs Home.

Peanut was found cold and starving, with a painful hernia, after being dumped on a railway line near Wolverhampton. 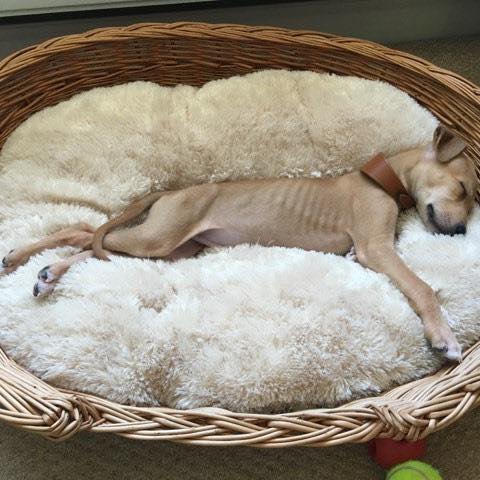 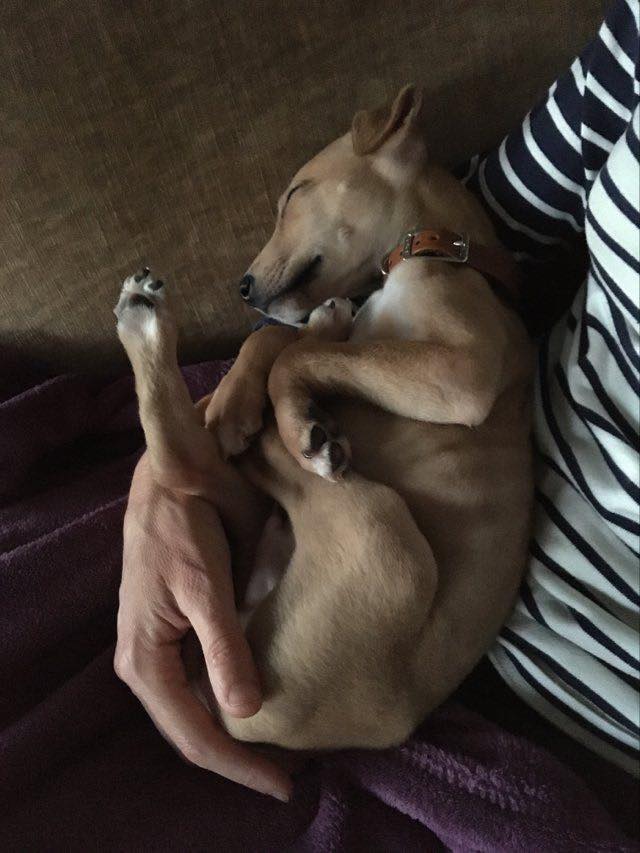 The charity's digital marketing officer Rachel Frost tells Sun Online: “He had a small umbilical hernia, he was very cold and very hungry. He just wolfed his food down.

“The problem with stray dogs is we have no idea about their background, we don’t know why he was dumped. He wasn’t chipped, there was no collar, so there’s nothing we can do.

“We had him checked over, de-flead and everything, and now we’ve fostered him out to one of our trustees."

She says while there hasn’t been a major increase in owners returning lockdown pets yet, they’re concerned it could happen – particularly when puppies grow up and become difficult to handle. 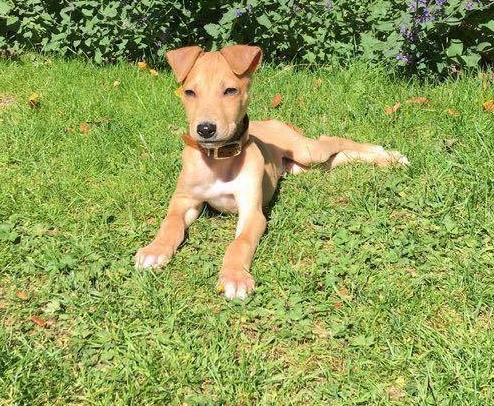 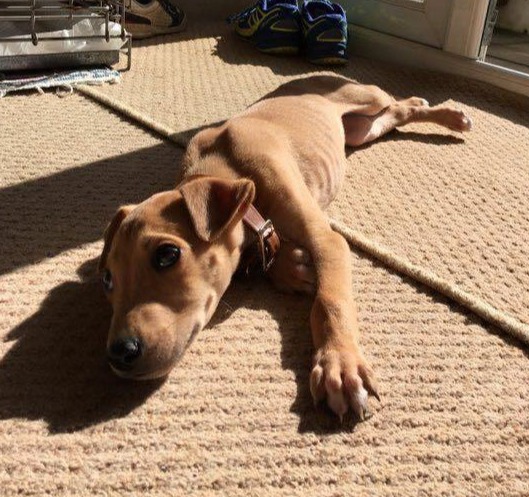 “We get a lot of dogs coming in to us when they’re adolescent age,” she says.

“They’re cute when they’re a little puppy but when they start to get a bit bigger, maybe the consistency in training hasn’t happened, and they get a bit unruly.

“It could be that down the line we have that problem – it is a concern.”

Animal charities are now urging any new owners to think very hard before making the huge commitment of purchasing a dog – with one recently returned to a PDSA centre after just a week with his family.

Lurcher Buddy was bought through Facebook during lockdown, but was then left outside their Portsmouth animal hospital a week later – as his owner struggled to cope with him. 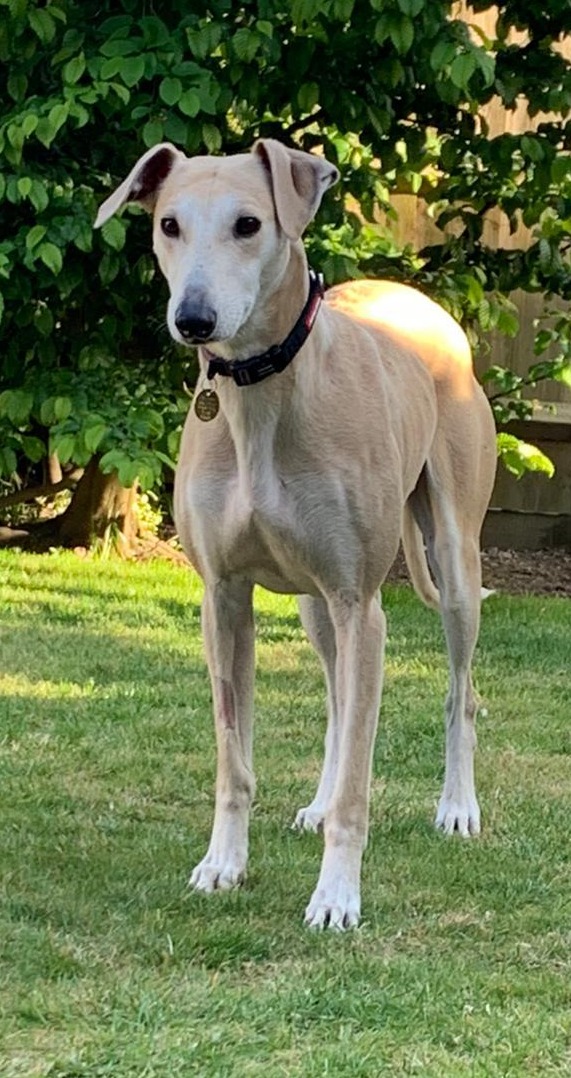 PDSA vet Sean Wensley recalls: “We were able to make contact with the owner through social media and she was honest and said she hadn’t made the right choice and she was struggling to cope.

“She said some of the difficulties she was having with the dog were exacerbating some of her existing mental health problems. Quite a sad story.

“She was able to consent to signing the dog over to us.”

They eventually discovered Buddy’s owner had a cat and, due to his high prey drive, he was chasing it round the house – putting its life in danger and worrying the owner. 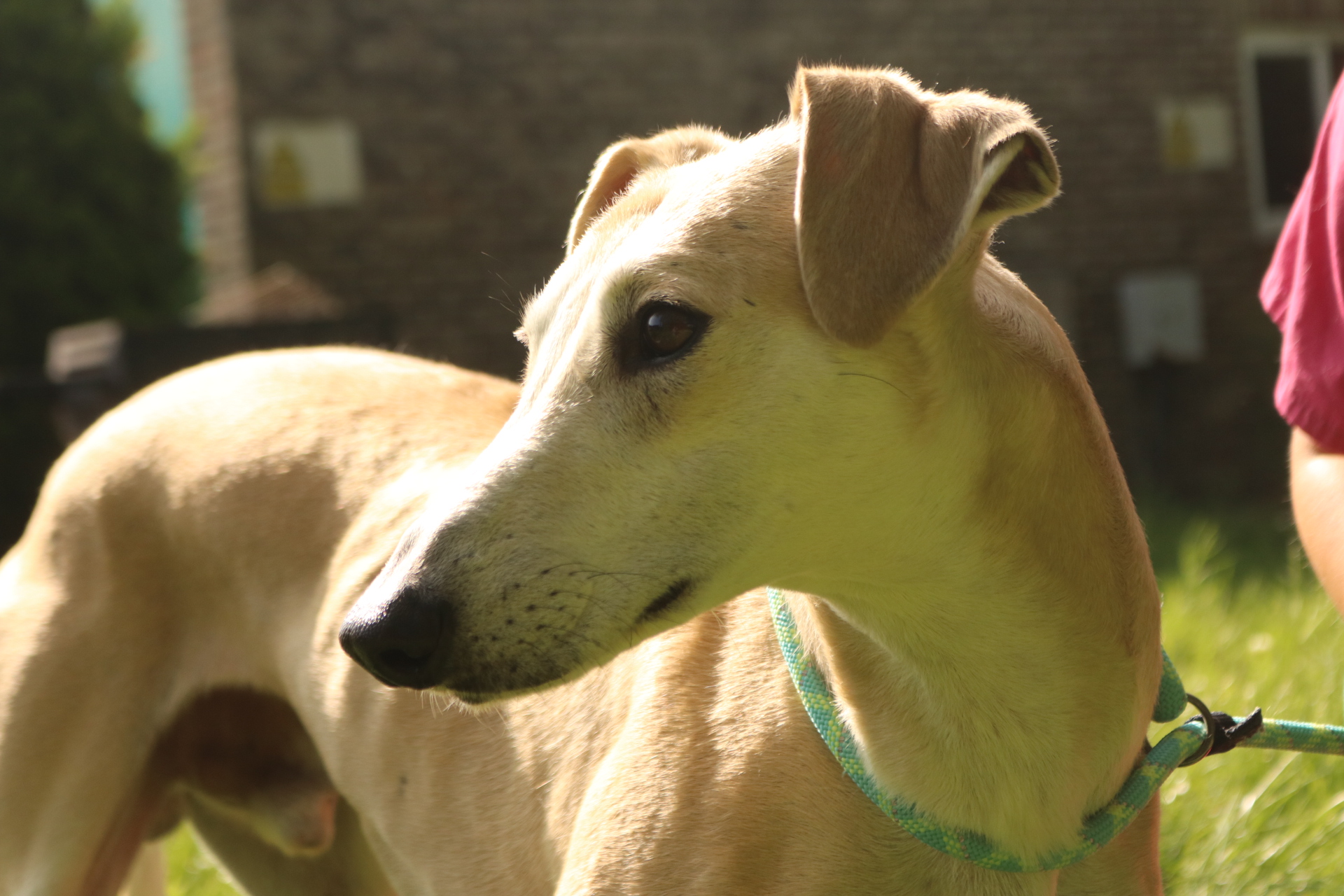 “His owner struggled to cope with the situation alongside her own mental health battles and even considered putting Buddy to sleep,” the PDSA explains in a statement.

Sean says the potential for more lockdown pets to be abandoned or returned as owners go back to work is a concern for them.

“From our perspective, we have a long-standing initiative where we try to ensure people make the right pet choice for them,” he says.

“You’ll potentially have a pet for many years, and it can be fantastic and rewarding. 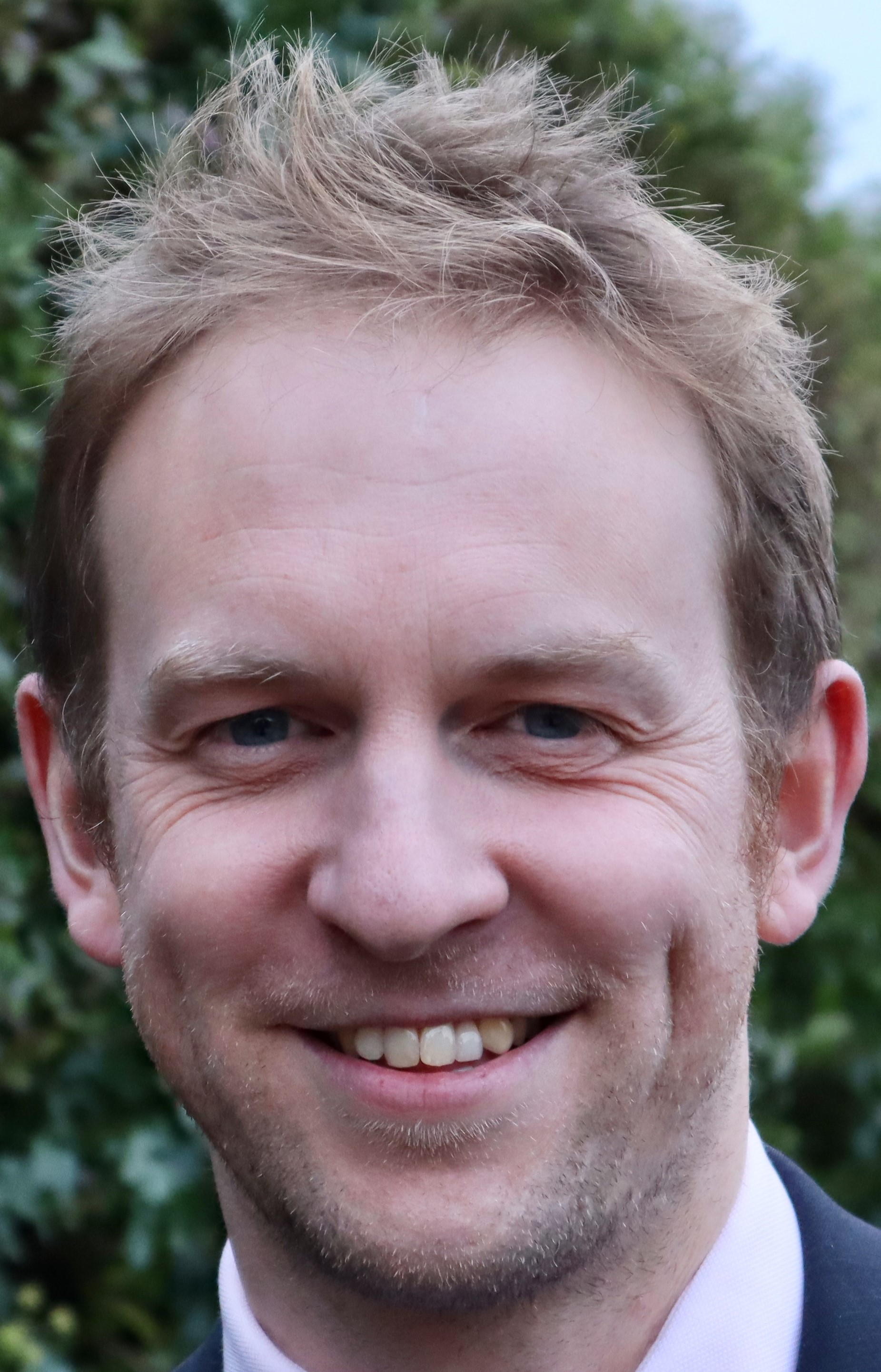 PDSA is now urging people thinking about getting a pet “to think P-E-T-S (Place, Exercise, Time and Spend) to see if your situation is suitable for the pet you’d like, before you take one on”.

Animal welfare charity Blue Cross says their biggest concern now is puppies that were bought during lockdown may not have had chance to socialise with other dogs – making them more unruly when lockdown lifts.

The charity fears many younger dogs will get “freaked out” when seeing more people in masks, so they’re urging all owners to get them used to it as soon as possible.

They said in a statement: “Usually, new puppy owners would socialise their pet by meeting lots of people, attending puppy classes and exposing them safely to a wide range of situations and environments – all almost impossible under lockdown. 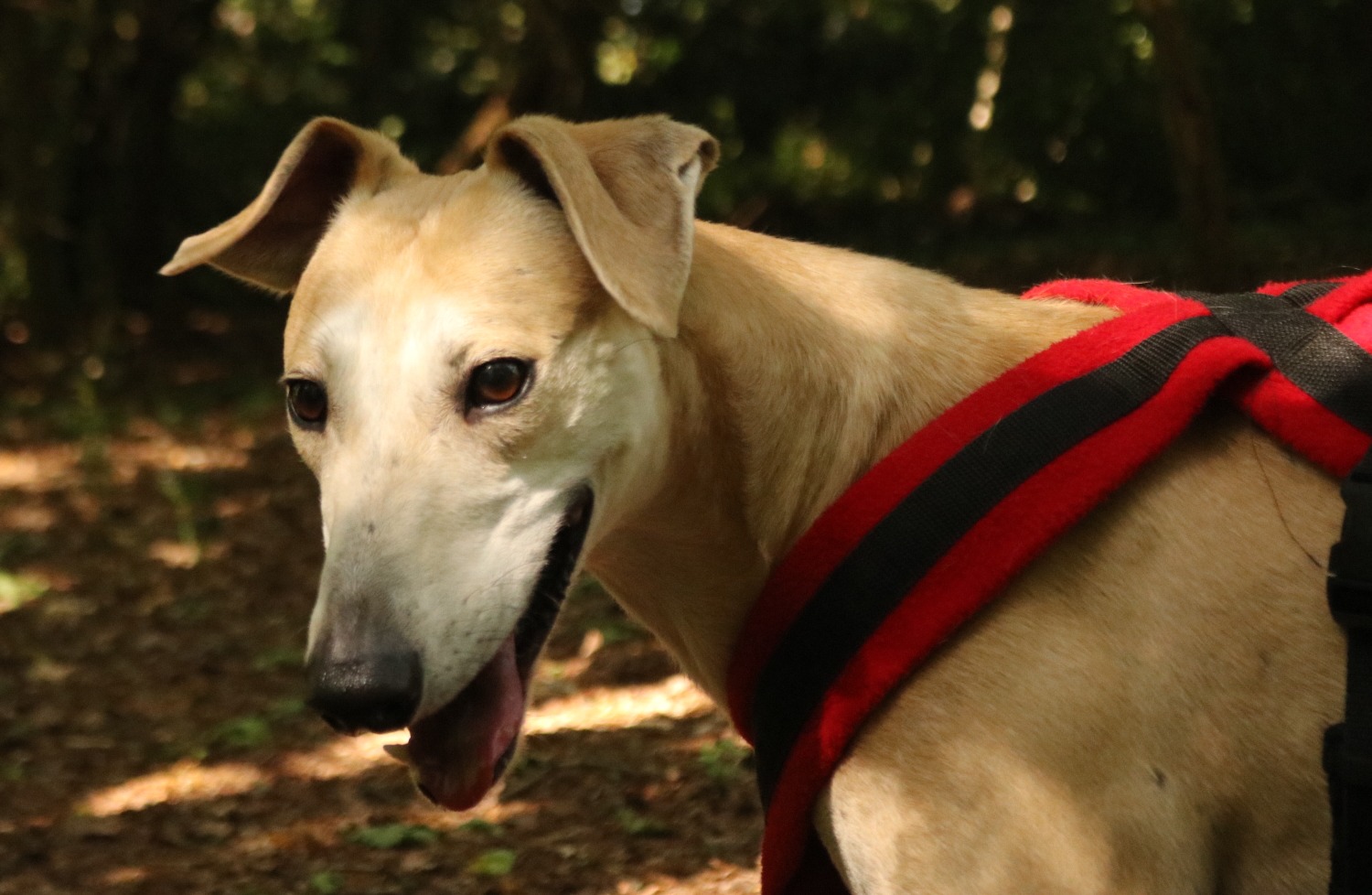 “Without these key experiences, training and guidance from a young age, puppies can develop behavioural problems as adult dogs and Blue Cross is concerned many will become abandoned by the time they reach adolescence if their owners cannot cope with their ‘bad’ behaviour.”

In 2019, the charity says 81 dogs under 18 months old were handed over to them after owners could no longer cope with their behavioural issues. They now fear that number could soar with puppies in lockdown.

Animal Behaviourist Claire Haynes, who is fostering her own dog during lockdown, says: “For a happy, confident adult dog, owners need to introduce them to all sorts of places, people and other animals – especially now we can take them on new adventures and days out further afield.”

While Battersea hasn’t seen a rise in abandonments or returns of pets so far, Rehoming & Welfare Manager Claire O'Hagan says: “Getting a pet at any time is a long-term commitment and it’s vital everyone is aware of this.

“If you're thinking of getting a dog during lockdown, research your local rescue centre first.”

The RSPCA has now launched an emergency appeal to continue its vital rescue work as lockdown eases.