A Florida state judge has thrown out the congressional map passed by the Republican legislature and pushed by Governor Ron DeSantis, ruling that it violated state law by drawing Black voters out of a north Florida district.

Circuit Judge Layne Smith ruled Wednesday that the enacted map violates the state's constitutional amendments on redistricting because "it diminishes African Americans' ability to elect candidates of their choice" in Florida's 5th District.

He called for the state to adopt a map that restores the district's previous shape, which would stretch from Jacksonville to Tallahassee and have a near majority-Black voting age population.

The originally adopted version of the map reduces Florida's 5th District to nearly a third of its original size, while dispersing about 370,000 Black voters among four other districts, according to evidence brought to the court by the map's challengers and voting rights groups.

"The minority vote is lowered enough that you would expect it to be substantially harder for minorities to elect the candidate of their choice," Smith said.

Smith added that there would be a written order signed by Friday so the state's defendants may appeal. They will be able to appeal the decision to the state's 1st District Court of Appeal, though Smith said that court could then send it up to the Florida Supreme Court. 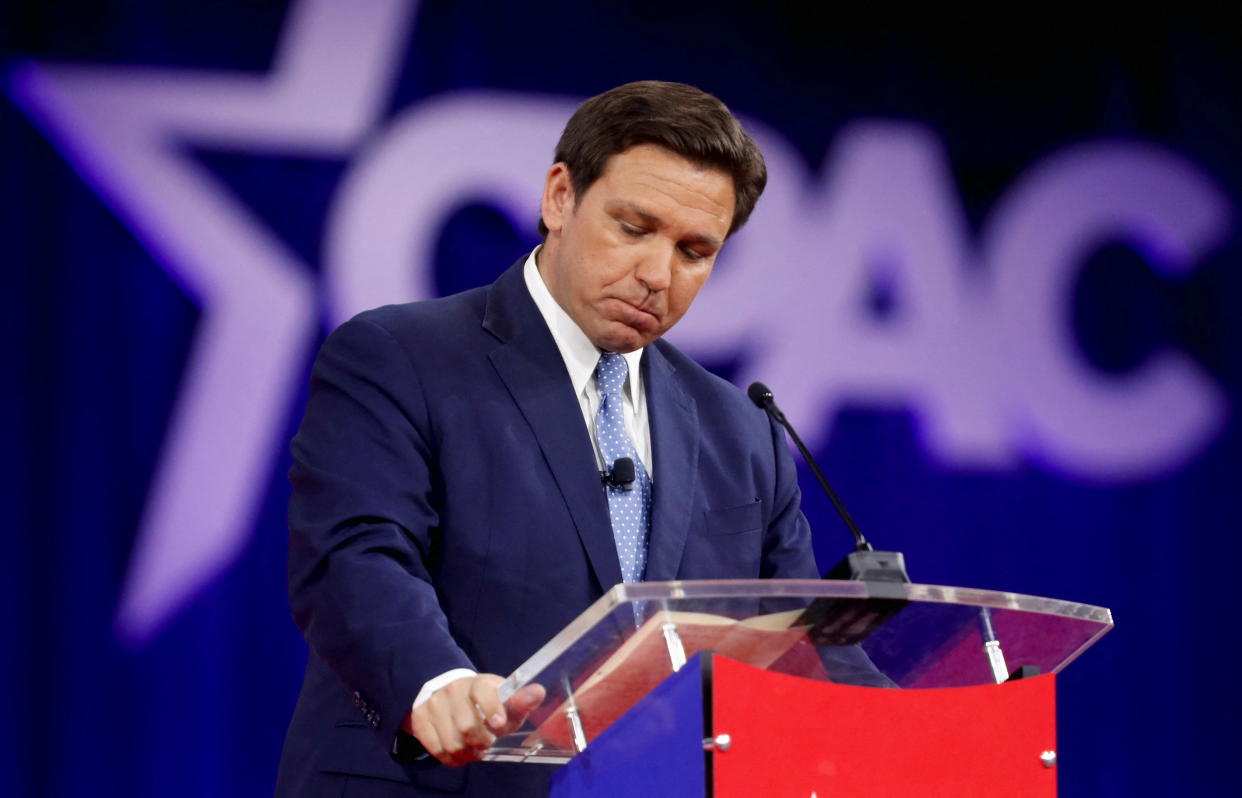 Mohammad Omar Jazil, an attorney for Florida's secretary of state, noted that a stay on Smith's decision would automatically be triggered if defendants file an appeal.

"I fully expect the appellate court to get this and move as quickly as they can," Smith said.

Democratic Congressman Al Lawson, who represents Florida's 5th District, said he was pleased by Smith's decision and said "it is critical to maintain congressional district 5, so minority voters have a voice at the ballot box in November."

"DeSantis is wrong for enacting this Republican-leaning map that is in clear violation of the U.S. and state constitutions," he said. "I am optimistic that future courts will also do what is right."

As the original map was moving through the legislature, DeSantis and his allies cited issues with compactness while pushing for a drastic change to Florida's 5th District. They had also claimed the district violates the U.S. Constitution because it assigns voters "primarily based on race."

"Race and political partisan data is in no way related at all to my drawing of any of the districts on the map," said Alex Kelly, DeSantis' deputy chief of staff, during a presentation of their map to a Florida Senate committee in April.

Smith declined to rule on whether Florida's 5th District violates federal voting rights law, saying that was a decision for another court to make.

DeSantis' map also favored his party and could have given the party a net gain of four seats in Florida alone. All seven members on Florida's Supreme Court were appointed by Republican governors.

Courtier said 'there's something about Meghan Markle I don't trust'