A FOO Fighters fan nicked money from his friend’s credit cards and used them to follow his idols around the world.

Diego Grand, 38, invited pals to parties and secretly rifled through their bags and coats to copy down their card details. 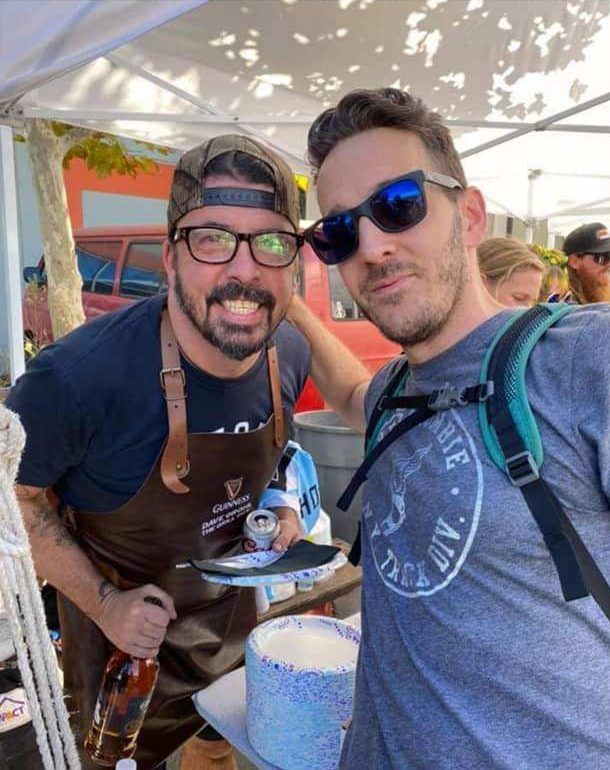 He then splurged more than £11,000 on following the Foo Fighters on their 2018 tour and planned to gift the band an Argentina shirt at each stop.

Grand was even picked out by the band at their Amsterdam gig as he stood on the front row holding aloft a No 10 Messi shirt with lead singer Dave Grohl’s name on it.

Callous Grand from Hove, East Sussex, has now been jailed for a year after admitting the fraud. He had spent the cash on the tour tickets, flights and Airbnb stays after he initially spent on paying his grocery and mobile phone bills, Lewes Crown Court heard last week.

Judge Christine Laing said: “You say that you don’t know why you committed these offences, but when I see the things that the money you had obtained was being spent on, you were clearly using it to fund a lifestyle you rather aspired to.

“The offences took place over a substantial amount of time and value, to a substantial number of victims and were a breach of trust.You were pretending to be these people’s friends, inviting them round to parties at your place where you would then note their card details and use them.”

Grand’s plan was rumbled when one of the victims, Sabrina Watson, received two authorisation texts from American Express and Halifax while on holiday in Bosnia last June.

She told her friend Sue Grant what had happened, who realised she had also been the victim, with more than £3,000 spent on holidays, concert tickets and car rental.

“He would make a note of their card details, including the expiry date and security code.”

Defending, James Yates said Grand had entered guilty pleas to his “unimaginably stupid” crimes at the first opportunity and showed great and genuine remorse for what he had done.

Swedish PM launches inquiry into country's handling of the pandemic