‘This is England… Muslim ****’: Shocking footage shows drunken passenger hurling racist abuse at taxi driver who tries to ignore the slurs as he counts the man’s change

This is the shocking moment a taxi driver is racially abused by a drunken passenger, who calls him a ‘Muslim c***’.

The clip shows the passenger hurling a string of racist abuse at the driver, mocking him for being from Pakistan.

Despite the torrent of abuse, the driver remains remarkably calm, telling the man he is recording the confrontation.

He says ‘thank you very much sir’, as he tries to encourage the abusive passenger, who is slurring his words throughout, to leave.

When he eventually does leave, the passenger calls the driver a ‘Muslim c***’, before the victim gives the camera a look of distress.

It is unknown where or when the footage was filmed, but it was posted on Facebook by shocked people in Birmingham on Tuesday.

In the clip, the passenger seems convinced the driver is from Pakistan, though his victim gives no indication this is the case.

The passenger repeats, ‘This is England’ as he spouts abuse at the driver, who doesn’t react.

The driver calmly counts out the man’s change while the abuse continues.

The passenger says: ‘I tell you what. No wonder the Indians are bombing you.’

But the passenger interrupts him: ‘You are never going to win that battle either. Give me my dollars, f*** off.’

As the driver hands him his change, the passenger says again: ‘This is England by the way.’ 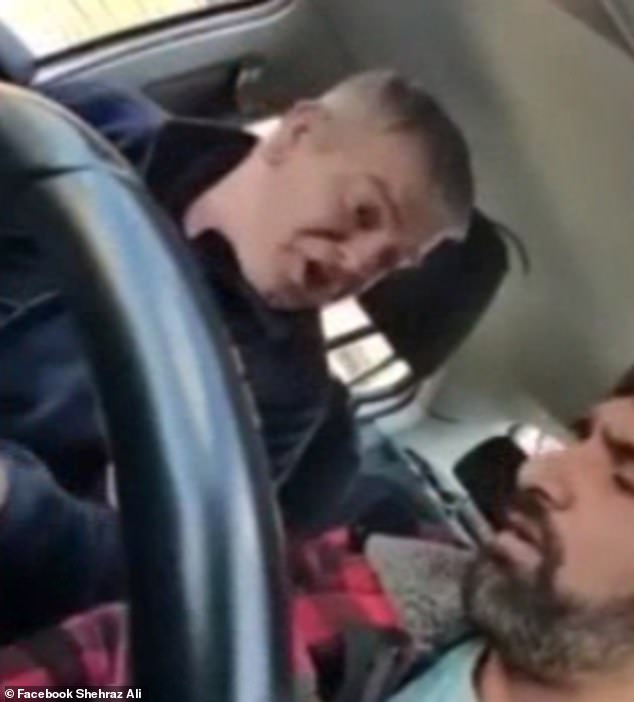 The passenger hurls racist abuse at the taxi driver, who remains calm and doesn’t react as he counts the man’s change 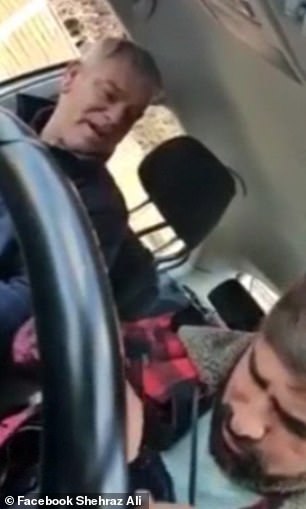 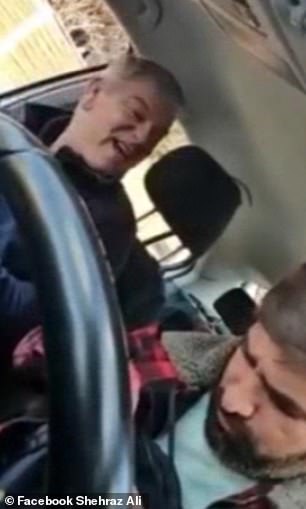 Exasperated, the taxi driver told the man that he is being filmed and the video will be uploaded to Facebook, but that only further encouraged him

The driver tells the man that he is being filmed and the video will be uploaded to Facebook.

But that only seems to encourage the man to continue his tirade.

‘Do you think Pakistan is going to beat the English? Well I’ll tell you what about wars. Wars.