Carlos Ghosn allegedly under-reported his income for several years by some $44 million. 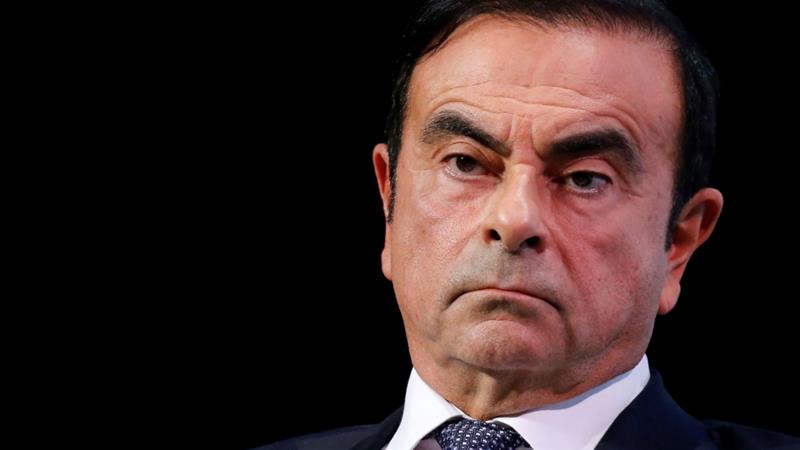 The 64-year old former CEO of carmaker Nissan was also re-arrested on new claims of misreporting his pay, local media reported on Monday.

In November, Ghosn was arrested for allegedly under-reporting his salary between 2010 and 2015 by some five billion yen ($44 million).

The details of his re-arrest are still unclear, but local media said it was possibly related to accusations of three additional years of under-reporting his income.

The new allegations will restart the clock on his detention, allowing prosecutors to seek to hold him for another 22 days.

Both Ghosn and Kelly were arrested and remain in custody without bail.

Ghosn, who originally hails from Lebanon, was arrested on November 19 and has since denied the allegations made against him.

If found guilty, Ghosn could face a 10-year prison sentence, but it could take years before a verdict is reached, because the case might go through several courts before a final judgement is reached.

A towering figure in the car industry, Ghosn is credited with turning around several major manufacturers. Until his arrest, he led an alliance of Nissan, Renault and Mitsubishi.

The two Japanese firms, Nissan and Mitsubishi, both sacked Ghosn  as chairman, but he remains the chair of Renault, which has appointed an interim boss.

In a statement released after the arrest, Nissan said it had been investigating Ghosn and Kelly for months, after receiving a report from a whistleblower.

“The investigation showed that over many years both Ghosn and Kelly have been reporting compensation amounts in the Tokyo Stock Exchange securities report that were less than the actual amount, in order to reduce the disclosed amount of Carlos Ghosn’s compensation,” it said.

“Also, in regards to Ghosn, numerous other significant acts of misconduct have been uncovered, such as personal use of company assets, and Kelly’s deep involvement has also been confirmed.”

One of the mostly highly-paid corporate bosses in Japan, Ghosn began his career at French tyre manufacturer Michelin in 1976, before moving on to Renault in 1996 where his cost-slashing measures earned him the nickname “Le Cost Killer”.

He was parachuted into Nissan and began a huge corporate overhaul when Renault acquired the then-ailing Japanese manufacturer in 1990.

Credited with saving Nissan from bankruptcy through a series of hardnosed measures, including closing plants and restructuring, Ghosn is a household name in Japan, where he is one of few high-profile foreign executives.

In 2016, he also took charge at Mitsubishi after Nissan threw the car manufacturer a lifeline following a mileage-cheating scandal that hammered sales.

Ghosn is regarded as the glue which holds the alliance of Nissan, Renault and Mitsubishi together and questions have been raised in the past about how his eventual departure might affect the group.

However, he has also faced opposition, including over his pay. Bloomberg reported Ghosn took home some $6.5m from Nissan in the most recent fiscal year, in addition to $8.5m from Renault and about $2m from Mitsubishi.

His compensation package from Renault prompted a spat with shareholders and criticism from Emmanuel Macron, when he served as France’s economy minister.