Protesters welcome decision to shelve tax rise planned for next year but say it may not be enough to halt public anger. 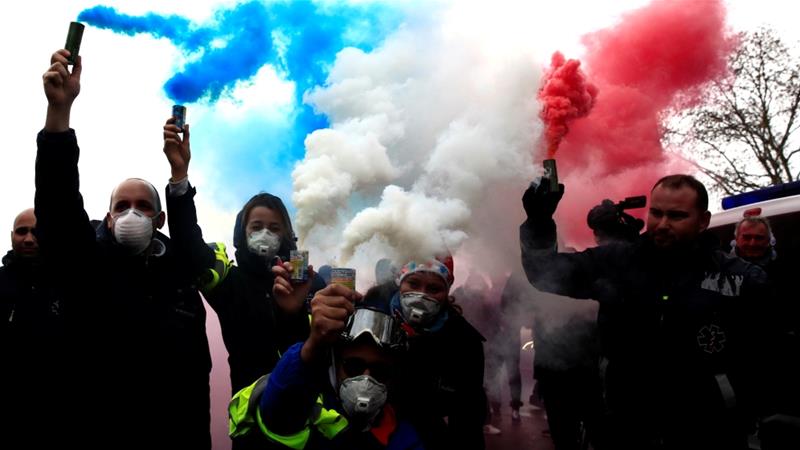 French President Emmanuel Macron scrapped a fuel tax rise amid fears of new violence after weeks of nationwide protests and the worst rioting in Paris in decades.

Three weeks of demonstrations left four people dead and were a massive challenge to Macron.

“The government is ready for dialogue and is showing it because this tax increase has been dropped from the 2019 budget bill,” Prime Minister Edouard Philippe told lawmakers on Wednesday.

French protesters welcome Macron’s decision to scrap the fuel tax rise planned for next year, but said it may not be enough to contain public anger.

Jacline Mouraud, a protest group’s self-proclaimed spokespeople, told The Associated Press, “I think it comes much too late.”

She said each of the disparate protesting groups will decide what to do next, but many will probably keep demonstrating. She said Macron’s move “is on the right path but in my opinion it will not fundamentally change the movement”.

A day after Edouard Philippe announced a six-month suspension of the fuel tax hikes that kicked off the “yellow vest” protest, the movement showed no sign of slowing down on Wednesday.

The demonstrations, which began on November 17, sparked on Saturday Paris’ worst rioting in decades, with protesters clashing with police, setting fire to vehicles and looting shops around the capital’s famed Champs Elysees avenue.

The yellow vest protests were originally spurred by a squeeze on household spending brought about by Macron’s taxes on diesel, which he said are necessary to combat climate change and protect the environment.

However, they have since evolved into a bigger, general anti-Macron uprising, with many criticising the president for pursuing policies they claim favour the richest members of French society.

Paris police said 412 people were arrested during the clashes in Paris on Saturday and 363 remained in custody, according to the latest figures.

Macron and Philippe’s approval ratings hit new lows in the wake of the crisis.

The president’s approval rating fell to 23 percent in a poll conducted late last week, down six points from the previous month, while the prime minister’s rating fell 10 points to 26 percent.