THOUSANDS of Brits have been forced to cancel trips at the last minute after holidays to France were thrown into chaos.

Unlike other amber list countries, travellers from France will have to quarantine for 10 days on return- even if they are double-jabbed. 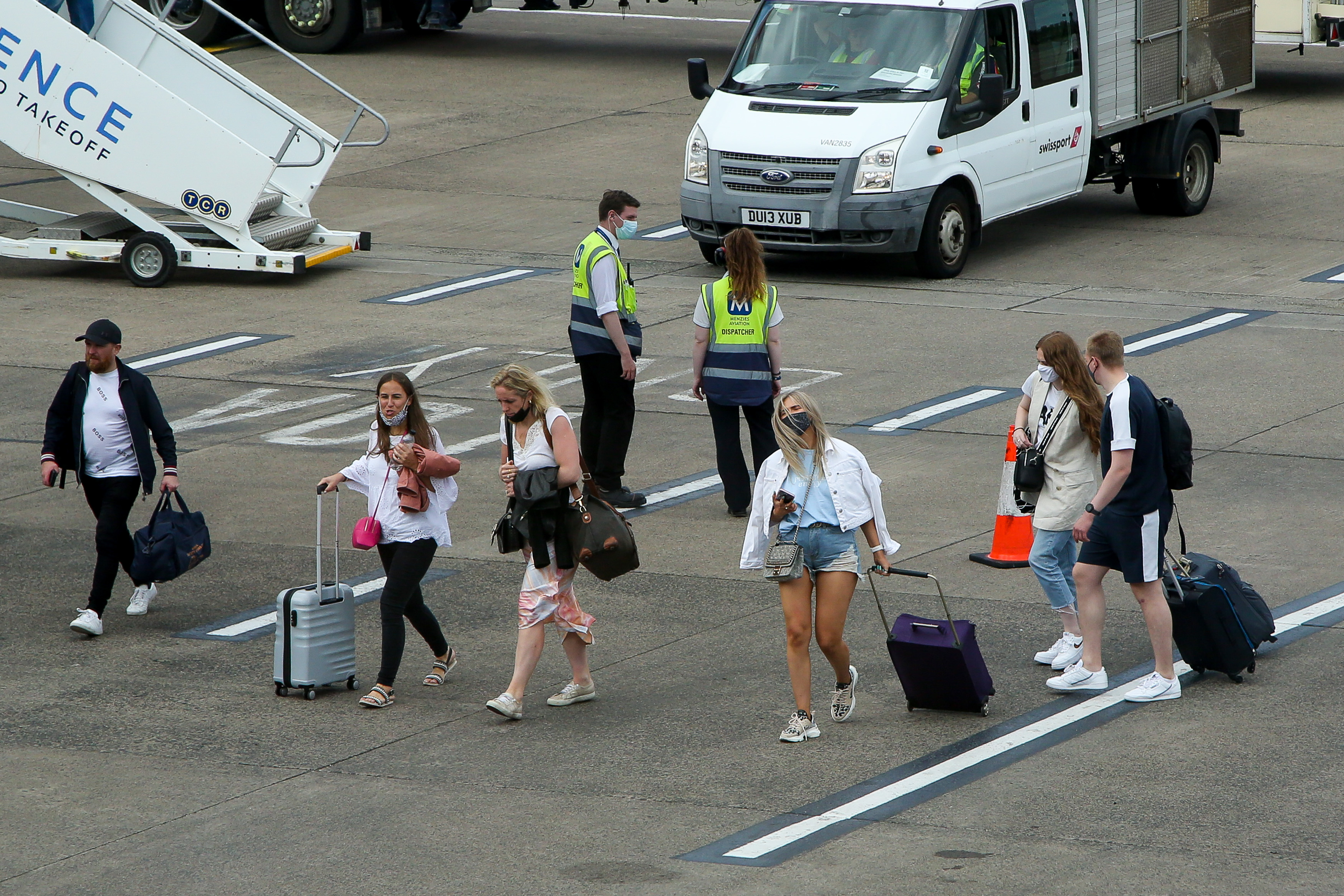 Brits who have had two doses at least two weeks ago will no longer be able to skip quarantine to the holiday hotspot thanks to the clampdown.

This is because of fears over the rapidly-spreading South Africa variant, now known as Beta, which is ripping through France.

France will stay on the amber list for now – meaning returning travellers will be able to isolate at home rather than in pricey quarantine hotels.

Millions of sun-seekers face weeks of uncertainty over their holidays, and long periods of isolation if they decide to jet over there.

'ALL HOPE TAKEN AWAY'

One furious holidaymaker wrote on Twitter: "I'm absolutely devastated that you have discriminated France, and now not allowing people to travel.

"I'm one of the many families that have had their holidays moved and finally when we had some hope, at the last minute it has been taken away from us again."

Another said: "So p***ed off with having to cancel another holiday yet again, a week after being told it would be ok to go."

A third disgruntled Brit wrote: "The France quarantine situation might be the straw that breaks me.

"After this school year the thought of a holiday was all that was keeping me going."

Tom Jenkins, chief executive of the European Tourism Association, described the Government's late changes to quarantine rules in relation to France as "abrupt" but "hardly surprising".

He told Times Radio this morning: "This Government really specialises in abrupt changes of policy but people who are describing shock and dismay really should have got used to this sort of thing occurring.

"Anyone with children in this country has been watching Government policy change and switch and move direction and it's hardly surprising that we're seeing (this) now in the Channel area."

Mr Jenkins added that guidance was "vague" but that disruption caused by changing policy was "nothing like" the damage already caused to the tourism industry by the pandemic.

Gemma Antrobus, of the Association of Independent Tour Operators, told BBC Breakfast that the travel industry had not expected the measure.

She said: "This new level of traffic light, this fifth traffic light that we now have – amber-plus – wasn't something that's ever been mentioned, so nobody expected this to come.

"So really the travel industry are in as much shock as the consumers are right now and really we would just have to pick up the pieces and deal with it and help our clients through this pretty terrible situation."

A Government source said last night: "There are concerns about the levels of the Beta variant in France, and the vaccine effectiveness.

Have you been affected by the change? Forced to cancel your holiday, or facing a desperate rush to get home? Email us [email protected]

"This is a precautionary measure while we get more data."

It's understood that travellers will still have to take PCR tests on day two and eight, and can take a day five test to be freed, if it comes back negative.

The news will dash plans for thousands of family holidays to France, just days before schools break up for the summer, with no end-date in sight for the rules to be lifted.

Ministers will keep an eye on the situation and gather more data before making any further changes to the travel lists.

Rates of the Beta variant are currently highest in France's capital city of Paris and the greater Île-de-France region.

French authorities force anyone who isn't double jabbed to quarantine for seven days once they arrive – and are only permitted to travel into the country in exceptional circumstances.

Health and Social Care Secretary Sajid Javid said yesterday: "We have always been clear that we will not hesitate to take rapid action at our borders to stop the spread of COVID-19 and protect the gains made by our successful vaccination programme.

"With restrictions lifting on Monday across the country, we will do everything we can to ensure international travel is conducted as safely as possible, and protect our borders from the threat of variants."

Transport Secretary Grant Shapps insisted that that ministers' "absolute priority" was to protect public health in the UK – and urged everyone travelling to look at the travel rules before they go.

UK Health Security Agency Chief Executive Dr Jenny Harries said: "While vaccines are helping us turn the tables against this virus, we need to continue to proceed cautiously.

"That means maintaining our defences against new variants and protecting our hard won progress through the exceptional vaccination rollout."

And Professor John Edmunds, a member of Sage, said today: "Of the variants that are out there and are known about, that one has always been a threat to us.

"There is some good evidence from South Africa that it can evade the immune response generated by the AstraZeneca vaccine more efficiently."

What is the Beta Covid variant?

The Beta variant, formally known as the South Africa variant, is a mutation of coronavirus ripping through many countries.

The Health Secretary revealed the new and “highly concerning” strain had entered Britain during a press briefing on December 23.

The strain was announced by the South African government on December 18.

In order to contain the strain all flights from South Africa were stopped and anyone who had visited South Africa in the past two weeks, or been in contact with someone who has, had to quarantine immediately.

But it has still managed to spread in the UK and scientists say detected cases of this strain are likely to be the "tip of the iceberg" because the usual Covid testing does not distinguish it from other strains – it must be genetically sequenced in a laboratory.

Surge testing was carried out in multiple locations in England – including in London, Leeds and Liverpool.

The South African strain is thought to be up to 50 per cent more transmissible.

But although scientists say there is a "hint" it is more deadly from studies in South Africa, where the strain is more dominant, there has been no clear evidence of this yet.

And now, the Beta variant has ripped through France – meaning that double-jabbed Brits will have to quarantine upon return.